Thanksgiving should be a meal that is safely enjoyed with family and friends and Virginia Tech experts have some tips to ensure holiday classics are safely enjoyed in the days and weeks that follow. “It’s important to keep food out…

They’re the creepy crawlies with a voracious appetite, so when it comes food waste, black soldier fly larvae are nature’s number one composters. Now, these wriggly grubs are helping South Australia’s food bowl stay clean and green as part of a sustainable food initiative from Mobius Farms.

Two weeks of eating a diet heavy in tomatoes increased the diversity of gut microbes and altered gut bacteria toward a more favorable profile in young pigs. After observing these results with a short-term intervention, the research team plans to progress to similar studies in people.

Increases in food prices means Thanksgiving meals might end up being more expensive for families this year. Bradley Rickard, Cornell University food and agricultural economist, can speak to the rise in prices and how it will hit wallets this Thanksgiving.… 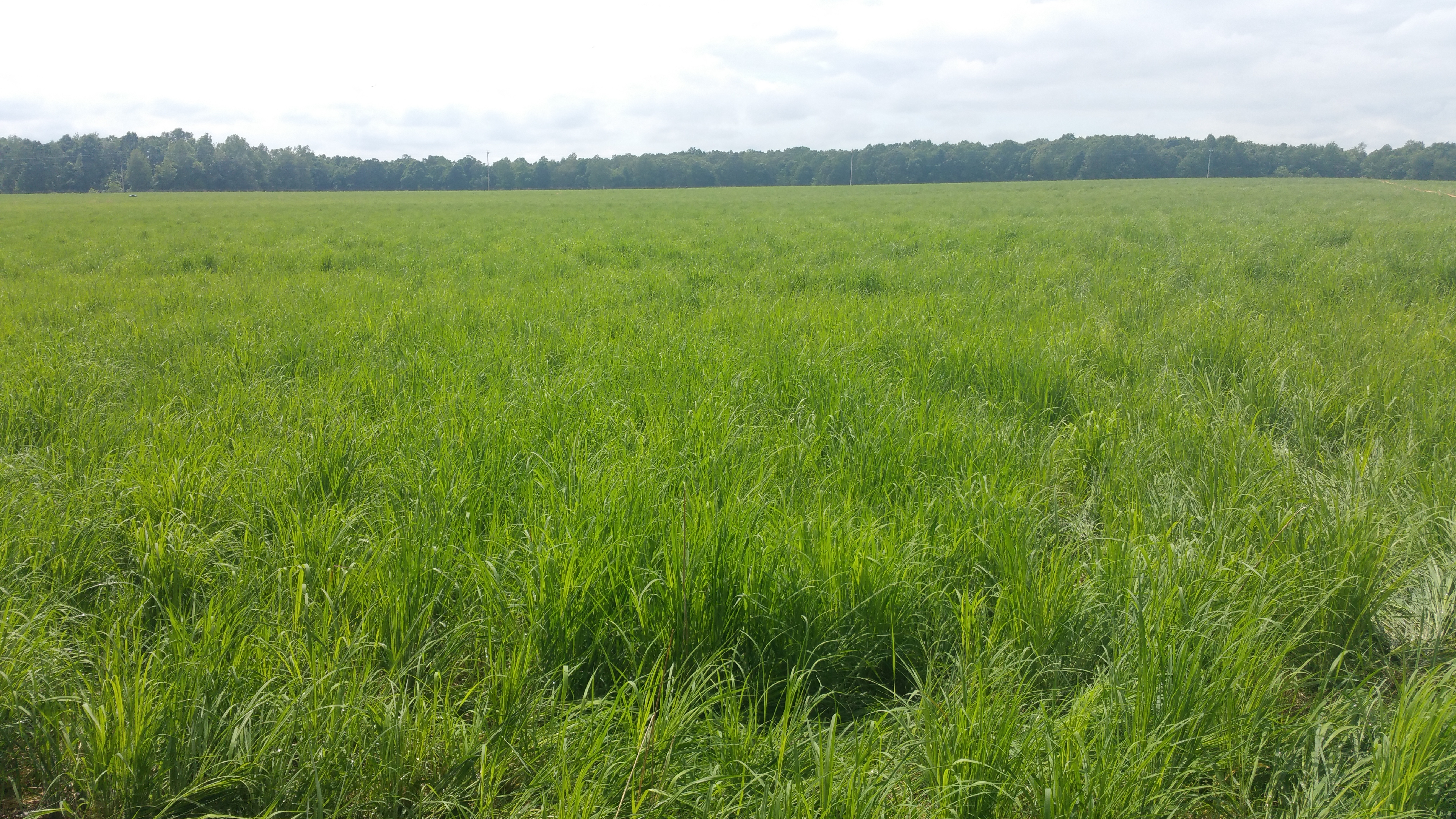 Cool-season grasses are often used as forage for beef cattle in the eastern United States, but these grasses don’t do well during the summer. Can warm-season grasses be an alternative?

A team of UNLV scientists is already researching how we can support extended space travel with oxygen and food needs for people.

Scientists are ringing alarm bells about a significant new threat to U.S. water quality: as winters warm due to climate change, they are unleashing large amounts of nutrient pollution into lakes, rivers, and streams.

The first-of-its-kind national study finds that previously frozen winter nutrient pollution—unlocked by rising winter temperatures and rainfall—is putting water quality at risk in 40% of the contiguous U.S., including over 40 states.

The Food and Drug Administration has proposed a new system and set of guidelines for labeling food packages as “healthy,” sparking debate about what constitutes healthy food and questions around whether manufacturers and consumers will get behind the proposal. Adrienne…

Symposium will highlight speakers from US and abroad

New York Times best-selling author Dr. Jessica B. Harris will connect crops that originated on the African continent to culinary and cultural links in the American Hemisphere

Biologists used whole-genome sequences of 48 contemporary weedy rice plants to show how herbicide resistance evolved by gene flow from crop rice. Almost all other cases of herbicide resistance in agricultural weeds result from selection of tolerant genotypes in the weed species.

Mealworms are edible insects and a healthful alternative to traditional meat protein. Today, researchers report that they’ve cooked up mealworms with sugar, creating a “meat-like” flavoring for a tasty source of extra protein in convenience foods. They will present their results at ACS Fall 2022.

The Faculty of Veterinary Science, Chulalongkorn University has researched and replicated “hydroxy-xanthones”, the vital extracts rich in antioxidants found in mangosteen peels that kill germs and halt infections in the intestinal mucosa. It hopes to expand to include health products for humans and animals in the future. 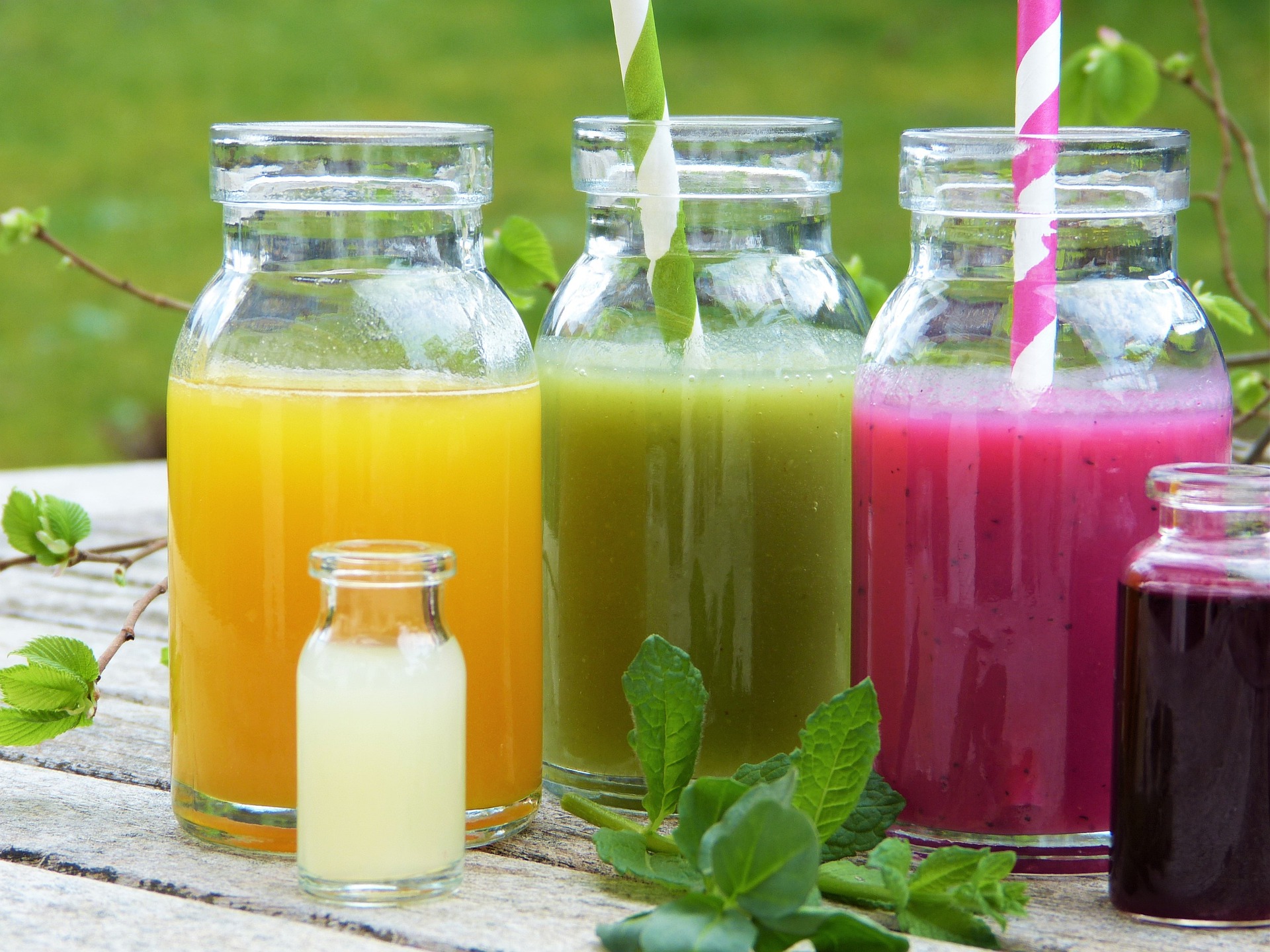 As the restaurant sector shifts back into gear, catering to younger health-conscious consumers could help the industry return to its former glory, as new research shows that more than a quarter of customers would be happy to pay premium prices for healthier products.

New research has revealed that humans moderate the size of energy-rich meals they eat, suggesting people are smarter eaters than previously thought.

A team of international researchers has discovered a way to produce higher quality wheat. The scientists from the University of Adelaide and the UK’s John Innes Centre have identified a genetic driver that improves yield traits in wheat, which unexpectedly can also lead to increasing protein content by up to 25 per cent.

A multi-center team including researchers from Sylvester Comprehensive Cancer Center at the University of Miami Miller School of Medicine claims that the social media site Pinterest is rife with cancer misinformation. Their study found that about a third of posts…

Pioneering research has shed new light on what drives people’s basic food preferences, indicating our choices may be smarter than previously thought and influenced by the specific nutrients, as opposed to just calories, we need.

New research from USC, the University of South Australia, and the University of Queensland is providing a better understanding of what influences fussy eaters, and what is more likely to increase or decrease picky eating in children under 10.

Imagine having your own digital personal chef; ready to cook whatever you want, tailoring the shape, texture, and flavor just for you–all at the push of a button. Columbia engineers have been working on doing just that, using lasers for cooking and 3D printing technology for assembling foods. In their new study they discovered that laser-cooked meat shrinks 50% less, retains double the moisture content, and shows similar flavor development to conventionally cooked meat.

Chula marketing expert suggests marketing tips for SMEs’ success in food delivery — know your strengths, know your customers, and use eye-catching food images as appealing as the food taste.

Before joining Notre Dame’s Keough School of Global Affairs, Paul Winters was the associate vice-president, Strategy and Knowledge Department and director of the Research and Impact Assessment Division at the International Fund for Agricultural Development in Rome. “With respect to…

University of Minnesota School of Public Health researchers recently completed a study to determine how food-insecure young (emerging) adults (18–29 years of age) adapted their eating and child feeding behaviors during the COVID-19 pandemic.

“Cannabis” is a high-value cash crop with immense benefits in medicine, health, nutrition, and beauty. As soon as the Thai government had given the green light, Chulalongkorn was ready to join hands with the private sector and concerning government agencies to accelerate the research and development of a vast assortment of cannabis products.

Diet rich in sugar and fat leads to disruption in the gut’s microbial culture and contributes to inflammatory skin diseases such as psoriasis. Research shows that switching to a more balanced diet restores the gut’s health and suppresses inflammation.

It’s been named the world’s best diet for weight loss, but now researchers at the University of South Australia are confident that the Mediterranean Diet – combined with a daily bout of exercise – can also stave off dementia, slowing the decline in brain function that is commonly associated with older age.

Women’s mental health likely has a higher association with dietary factors than men’s, according to new research from Binghamton University, State University of New York.

A team of researchers, led by Cornell University professors Chris Barrett and Miguel Gómez, has developed the “Global Food Dollar” method, which distributes the consumer’s net purchasing dollar across all farm and post-farmgate activities.

Approximately one-third of all U.S. counties do not exempt grocery foods from the general sales tax, which means the lowest-income families living in those areas are most susceptible to food insecurity. New research from Cornell University finds that even a slight grocery tax-rate increase could be problematic for many.

The wild relatives of modern peanut plants have the ability to withstand disease in ways that peanut plants can’t. The genetic diversity of these wild relatives means that they can shrug off the diseases that kill farmers’ peanut crops, but they also produce tiny nuts that are difficult to harvest because they burrow deep in the soil.

Reporters and bloggers are invited to join top nutrition researchers and practitioners for a dynamic virtual program at NUTRITION 2021 LIVE ONLINE. The flagship meeting of the American Society for Nutrition runs June 7–10, 2021 and features research announcements, expert discussions and more.

An all-in-one Strip Test — a fast, easy and accurate test kit to detect the DNA of 5 forbidden meat in a single test is the latest innovation from the Chula Halal Science Center.

Wild orangutans are known for their ability to survive food shortages, but scientists have made a surprising finding that highlights the need to protect the habitat of these critically endangered primates, which face rapid habitat destruction and threats linked to climate change. Scientists found that the muscle mass of orangutans on the island of Borneo in Southeast Asia was significantly lower when less fruit was available. That’s remarkable because orangutans are thought to be especially good at storing and using fat for energy, according a Rutgers-led study in the journal Scientific Reports.

Research by investigators at Harvard Medical School illuminates the neurobiology that underlies food attraction and how hungry mice choose to pay attention to one object in their environment over another. 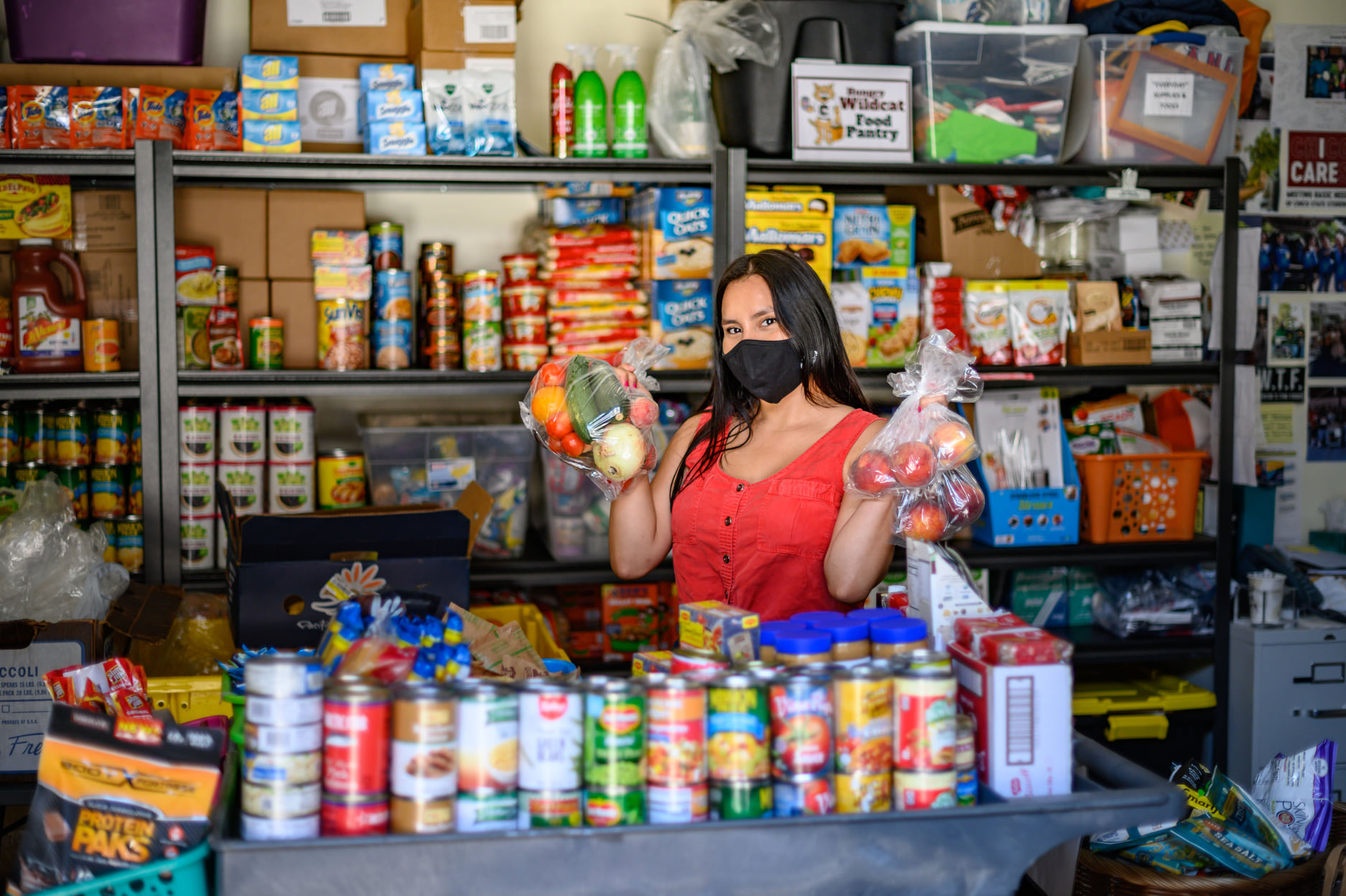 New Brunswick, N.J. (March 11, 2021) – Rutgers University–New Brunswick Professor Donald W. Schaffner is available for interviews on the likelihood of becoming infected by the SARS-CoV-2 coronavirus via shopping, groceries, surfaces and airborne/aerosol transmission after a year of lockdowns due to the global pandemic.… 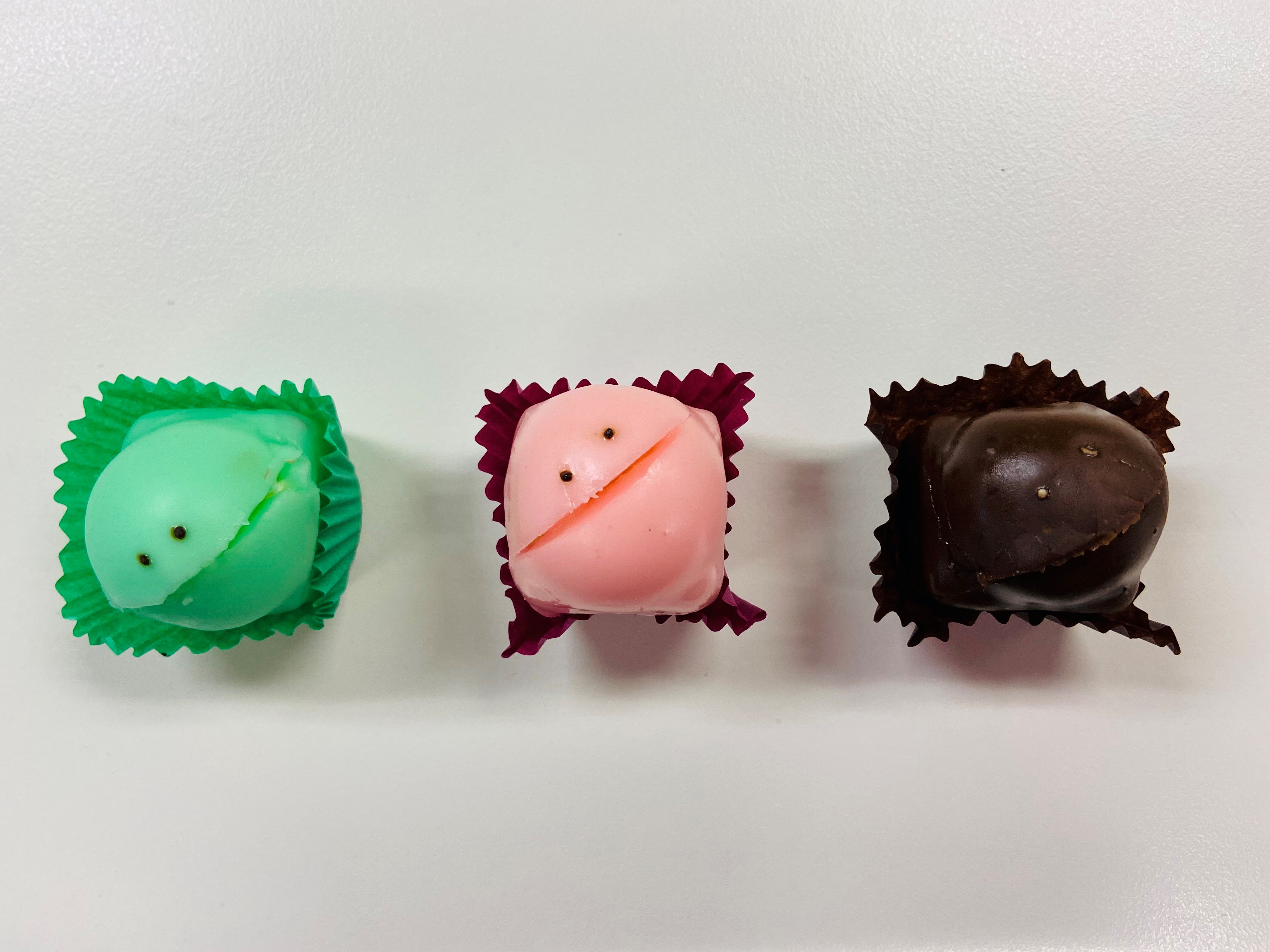 A world first study from the University of South Australia and the University of Technology Sydney, shows just how important local foods can be for domestic tourism, as the findings show how food can potentially increase visits to local areas by tenfold.

Customized diets and lifestyle changes could be key to optimizing mental health, according to new research including faculty at Binghamton University, State University of New York.