Humans are fascinated by our planet’s distant past.

Researchers used an algorithm to allow people to refine what they thought the facial expression of a particular emotion should look like.

Oropharynx cancers caused by human papillomavirus (HPV) have risen dramatically over the years, superseding tobacco use and heavy drinking as the primary driver of new cases.

Data from two meteorite impacts on Mars recorded by NASA’s InSight spacecraft provide new insights into the structure of the Martian crust.

Cancer immunotherapies, such as immune checkpoint inhibition therapy, have been attracting attention in recent years as new methods for treating cancer.

The beauty of live-imaging studies is the specimen is alive, allowing dynamics such as cell division and embryonic development to be recorded over time.

Having biopsies taken and endless tests run is nobody’s idea of a good time, even if it’s necessary for monitoring your health.

Rice University engineers and scientists have created a sweet way for petrochemical refineries to turn a smelly byproduct into cash.

The medical profession is in the midst of losing an arms race.

A study has found that Eurasian jays can pass a version of the ‘marshmallow test’ – and those with the greatest self-control also score the highest on intelligence tests.

Studies of Reddit content demonstrate that female politicians are more likely to be referred to by their first names and language describing appearance and family relationships.

The Breast Cancer Research Foundation (BCRF) has renewed its funding to Elisa Port, MD, and Hanna Irie, MD, PhD, to study new therapeutic approaches that target aggressive triple-negative breast cancer. The latest installment of $225,000 brings the total to almost $2 million over the past nine years. It will fund research into the immune microenvironment of triple-negative breast cancer in order to identify new strategies to enhance cancer-fighting immune responses for this aggressive breast cancer, which traditionally has few options for treatment.

Wearable devices have garnered attention for their potential as sensors that could monitor various biomarkers, a means of drug delivery, medical devices and more.

The American Association of Immunologists, a FASEB member society, supports the career development of young scientists by providing eligible principal investigators with one year of salary support for a trainee in their labs.

A drug approved to treat breast cancer patients with mutations in the BRCA1 or BRCA2 genes may also benefit people who have other genetic mutations. 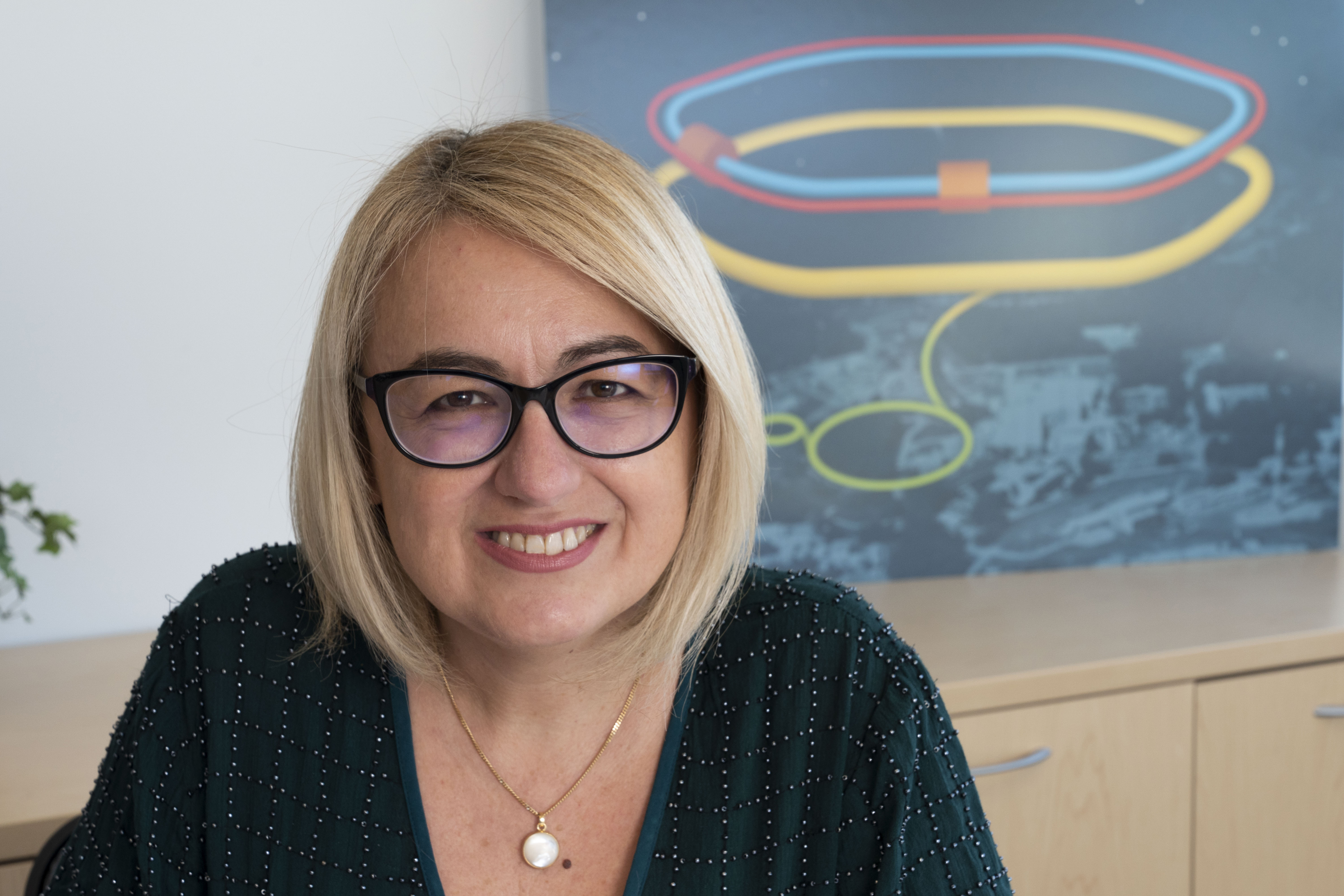 The U.S. Department of Energy’s Brookhaven National Laboratory has named Luisella Lari as Project Manager for the Electron-Ion Collider (EIC)—a one-of-a-kind nuclear physics research facility that will offer a closer look at the building blocks of matter—effective Oct. 3, 2022. 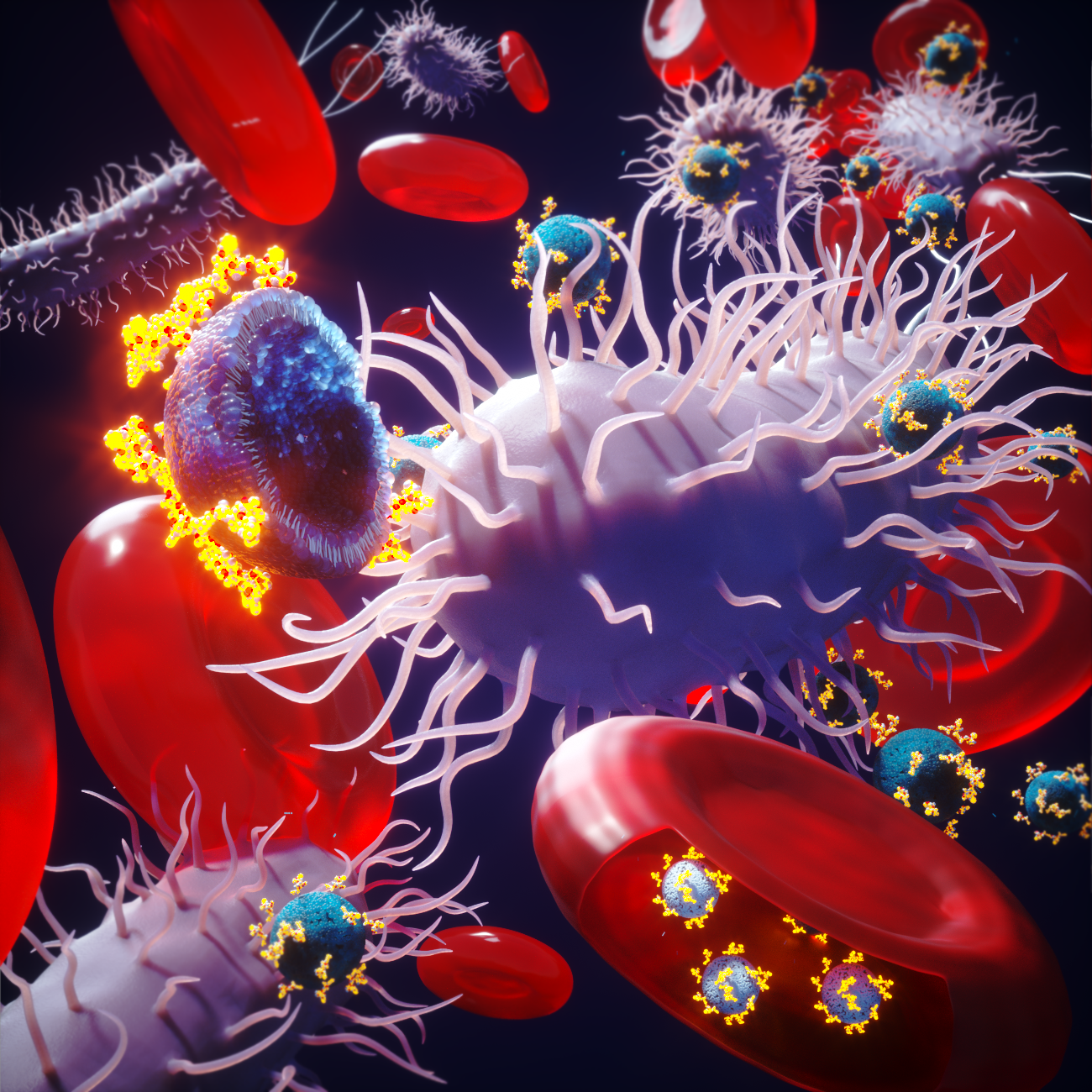 Physicists at McMaster University have identified a natural delivery system which can safely carry potent antibiotics throughout the body to selectively attack and kill bacteria by using red blood cells as a vehicle.

People who feel a lack of personal control in their lives are more likely to prefer a culture that imposes order, according to research published by the American Psychological Association. These “tighter” cultures, in turn, perpetuate their existence by reducing individuals’ sense of personal control and increasing their sense of collective control. 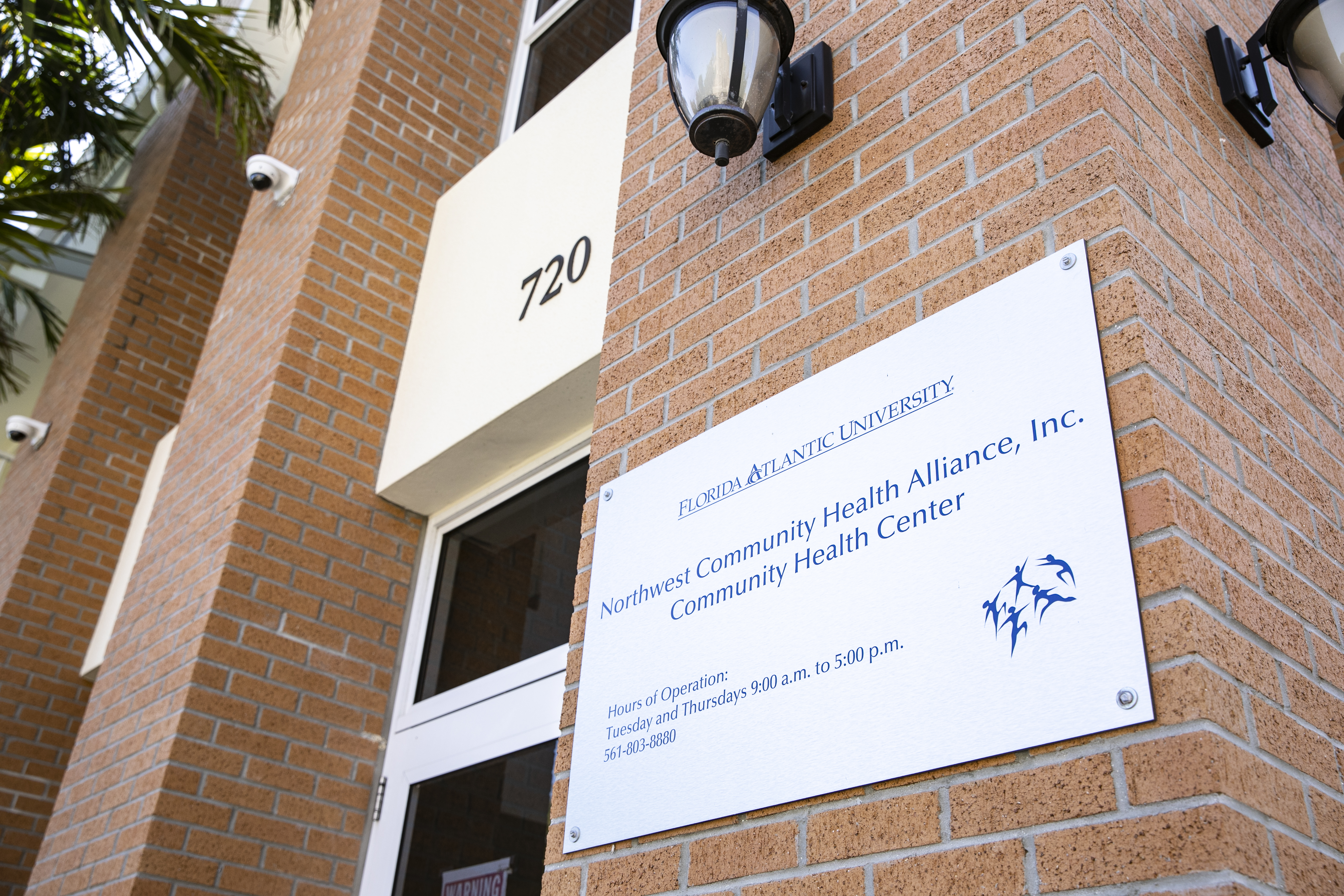 FAU researchers from the Christine E. Lynn College of Nursing have received a four year, $3.9 million grant from the Health Resources and Services Administration (HRSA) of the U.S. Department of Health and Human Services for a nurse-led mobile health unit to create healthier populations in rural and medically underserved regions. 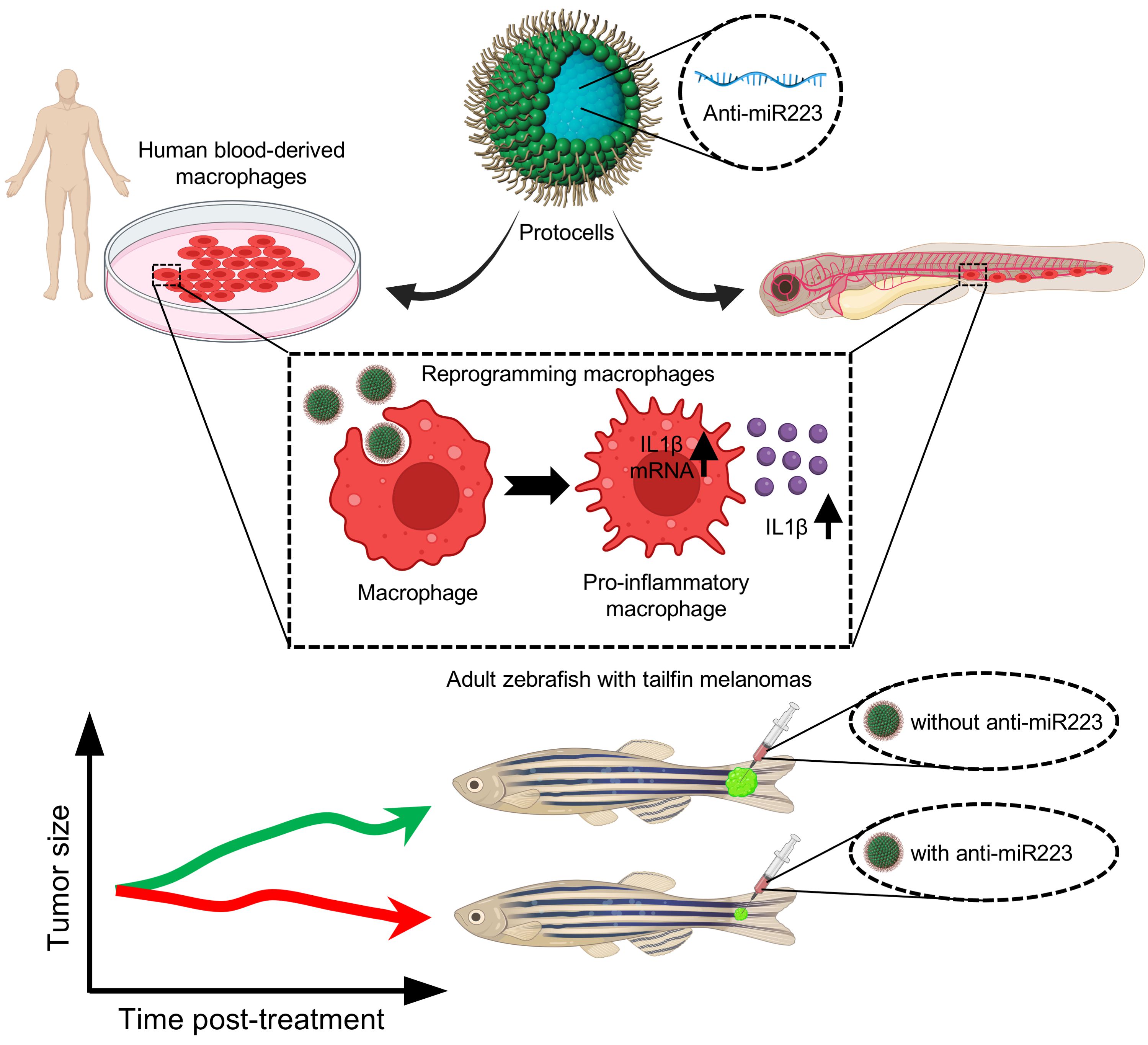 A new way of reprogramming our immune cells to shrink or kill off cancer cells has been shown to work in the otherwise hard to treat and devastating skin cancer, melanoma.

Shafali Spurling Jeste, MD, shares early findings—and a critical challenge—from the Autism Biomarkers Consortium for Clinical Trials. How do you know if a treatment for autism is effective? That’s a question that has no easy answer—due in large part to the heterogeneous nature of autism spectrum disorder. 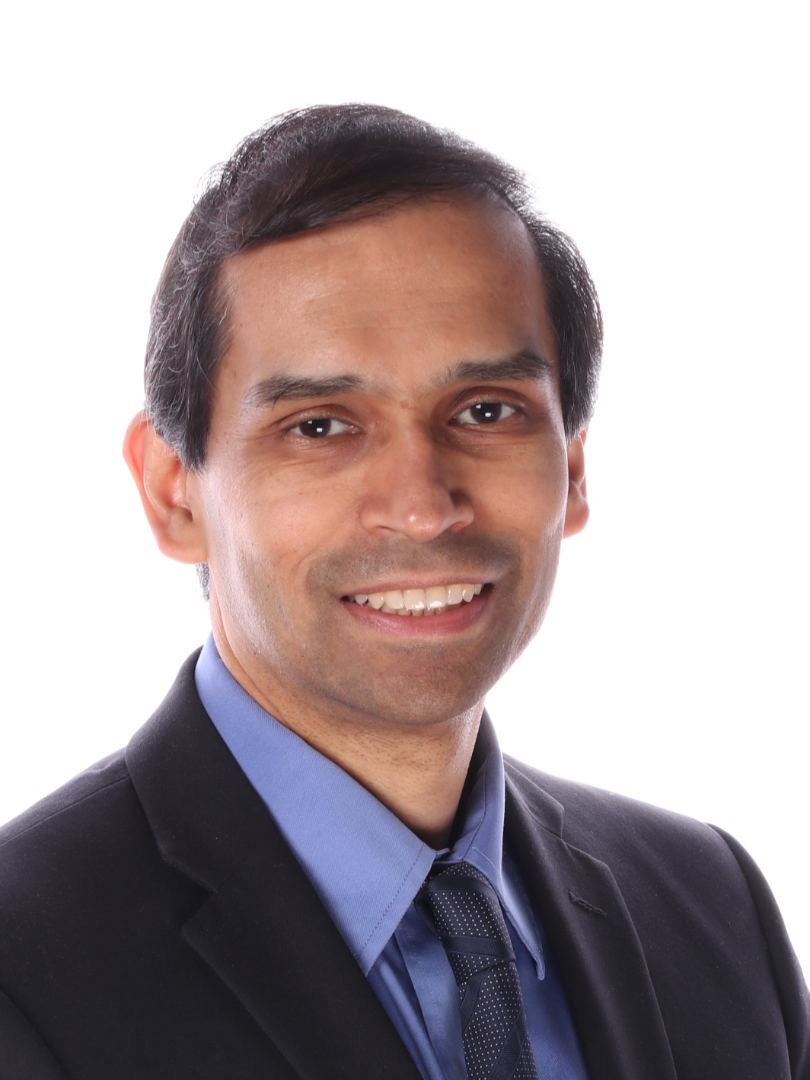 Will also serve as the first-ever Dr. Valentin Fuster Professor of Cardiovascular Medicine

New onset chronic kidney disease (CKD) in people with diabetes is highest among racial and ethnic minority groups compared with white persons, a UCLA-Providence study finds. The study, published as a letter to the editor in the New England Journal of Medicine, found that new onset CKD rates were higher by approximately 60%, 40%, 33%, and 25% in the Native Hawaiian/Pacific Islander, Black, American Indian/Alaska Native, and Hispanic/Latino populations, respectively, compared to white persons with diabetes.

We are pleased to announce that Regina (Gina) Rameika will be joining the DOE’s Office of Science as the Associate Director for the Office of High Energy Physics on November 7, 2022. 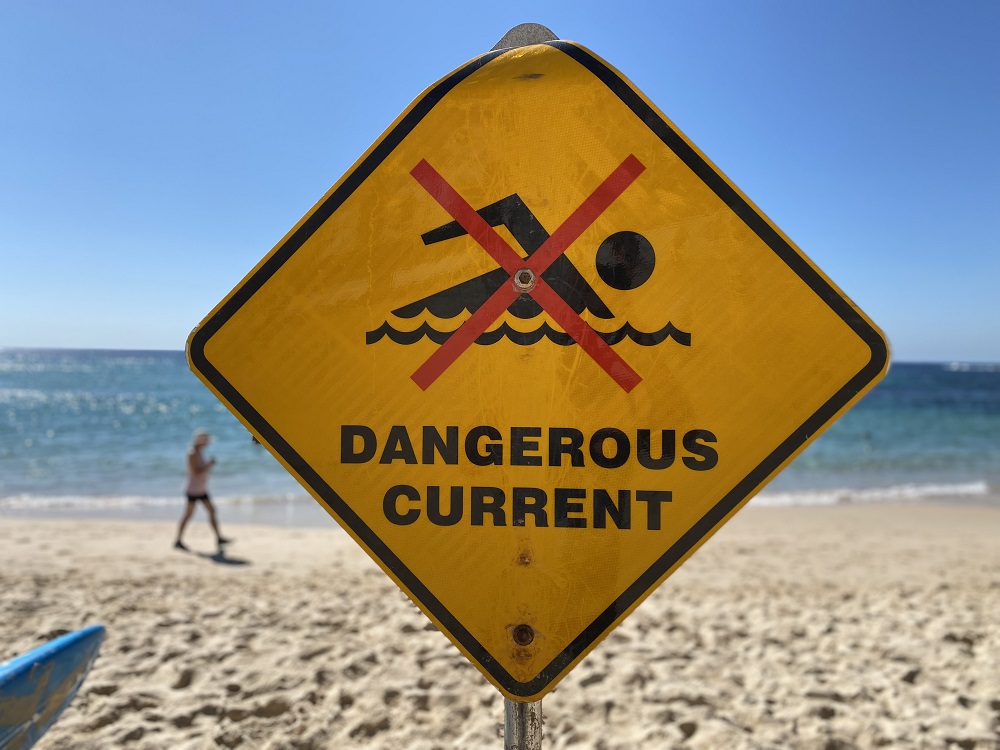 A new study by a University of Adelaide researcher has recommended improvements to beach safety signage, which could prevent drownings in the future.

A team of researchers from the National University of Singapore have made a serendipitous scientific discovery that could potentially revolutionise the way water is broken down to release hydrogen gas – an element crucial to many industrial processes.

Preliminary research data suggest warmer temperatures and increased salt levels might have negative effects on the behavior and physiology of school sharks.

Higher temperatures spurred by worsening climate change increased the growth rate of fish and consumption of their yolk sac—a structure that provides an embryo with food and helps develop important structures, such as blood cells.

A South American marsupial with ties to an ancient line of animals may go extinct in the next half-century due to warming temperatures. Researchers from the Universidad Austral de Chile will present a mathematical model of the monito del monte’s survival predictions this week at the American Physiological Society (APS) Intersociety Meeting in Comparative Physiology: From Organism to Omics in an Uncertain World conference in San Diego.

Digger bees lose large amounts of water during flight, which compromises their activity period and survival in the desert heat. Researchers from Arizona State University will present their work this week at the American Physiological Society (APS) Intersociety Meeting in Comparative Physiology: From Organism to Omics in an Uncertain World conference in San Diego.

Once again this year, the Neonatal Intensive Care Unit (NICU) at Cedars-Sinai Guerin Children’s celebrated Halloween with special hand-sewn costumes for the medical center’s smallest babies. The costumes are designed for babies as little as 2 pounds and are based on characters in famous children’s books.

Cedars-Sinai has been awarded a five-year, $8 million grant from California’s stem cell agency to launch an innovative new clinic that will expand patients’ access to stem cell and gene therapies, increase research and training in regenerative medicine, foster greater collaboration with eight similar clinics across the state and help educate the public about stem cell and related therapies.

Researchers at the Max Planck Institute in Plön show that reputation plays a key role in determining which rewarding policies people adopt. Using game theory, they explain why individuals learn to use rewards to specifically promote good behaviour.

The evolutionary clade and biodiversity of green lizards of the genera Lacerta and Timon —reptiles common in the Mediterranean basin and surrounding areas of the European continent, North Africa and Asia— have never been studied in detail from the perspective of historical biogeography.

● Among individuals with varying levels of chronic kidney disease who were not on dialysis, the prevalence of individual symptoms ranged from 24% (chest pain) to 83% (fatigue), and 98% of participants reported at least one symptom.
● Patients categorized as having a “Worse symptom score and worsening trajectory” of symptoms had higher risks of later needing dialysis and of dying before dialysis initiation.

Feeling empathy for others is deeply engrained into our biology, as seeing another individual in pain triggers an empathic response in the brain of the observer, which allows us to understand and feel what other feels.

A faulty gene, rather than a faulty diet, may explain why some people gain excessive weight even when they don’t eat more than others, UT Southwestern researchers at the Center for the Genetics of Host Defense have discovered.

The University of Arkansas at Little Rock has received a nearly $150,000 grant from the National Security Agency to hold a year’s worth of free cybersecurity educational events for junior high and high school students in Arkansas. UA Little Rock will partner with Philander Smith College to host the 2nd Arkansas GenCyber Strength Training camp in Arkansas, which will support the state’s long-term investment in secondary school cybersecurity education.

The parasite Toxoplasma is carried by a large portion of the global human population.

Scientists researching forest carnivores such as martens, foxes and coyotes spend hours clambering through rugged terrain, sometimes in deep snow, placing and baiting camera traps to learn about animals’ behavior in relation to their habitat.

Two minute bursts of vigorous activity totalling 15 minutes a week are associated with a reduced risk of death, according to research published today in European Heart Journal, a journal of the European Society of Cardiology (ESC).1