New onset chronic kidney disease (CKD) in people with diabetes is highest among racial and ethnic minority groups compared with white persons, a UCLA-Providence study finds. The study, published as a letter to the editor in the New England Journal of Medicine, found that new onset CKD rates were higher by approximately 60%, 40%, 33%, and 25% in the Native Hawaiian/Pacific Islander, Black, American Indian/Alaska Native, and Hispanic/Latino populations, respectively, compared to white persons with diabetes.

Research from the Arizona State University Department of Psychology has shown that positive communication among family members contributes to less depressive symptoms and alcohol use in Latino students during their transition to college. The study also found that parent awareness of their child’s daily lives predicted less alcohol use.

High blood pressure means faster slide into signs of dementia or Alzheimer’s, but does not explain the overall disparity between Hispanic/Latino people and non-Hispanic people in dementia risk.

A recent study led by Denise Diaz Payán, PhD, MPP, corresponding author and assistant professor of health, society, and behavior at the UCI Program in Public Health, examined how household food environments of rural Latino immigrants were impacted during the COVID-19 pandemic, and how access to nutritional food is complicated by barriers to government assistance programs.

Findings are published online in the journal Nutrients.

New UCLA research finds that misinformation and politicization, awareness of past injustices involving medical research, and fears about the inequitable distribution of vaccines all contributed to hesitancy to be vaccinated among Los Angeles’ People of Color.

Duke University School of Nursing’s new Center for Latino Adolescent and Family Health (CLAFH) serves to engage in the health care of the Latino community by addressing the inequities facing it and by promoting the overall wellbeing of Latino youth and their families.

Hispanics and Latinos in the U.S. who perceive themselves as having higher social status are more likely to have ideal markers of cardiovascular health, according to a new study published in the Journal of the American Heart Association.

For many in the U.S., human-caused climate change is a political tug-of-war between the left and the right. But for Latinos in this country, the issue hits much closer to home.

Researchers from the UCLA Fielding School of Public Health have found the burden of the COVID-19 pandemic has consistently hit Latino Californians with case rates roughly three times that of whites in all age groups. 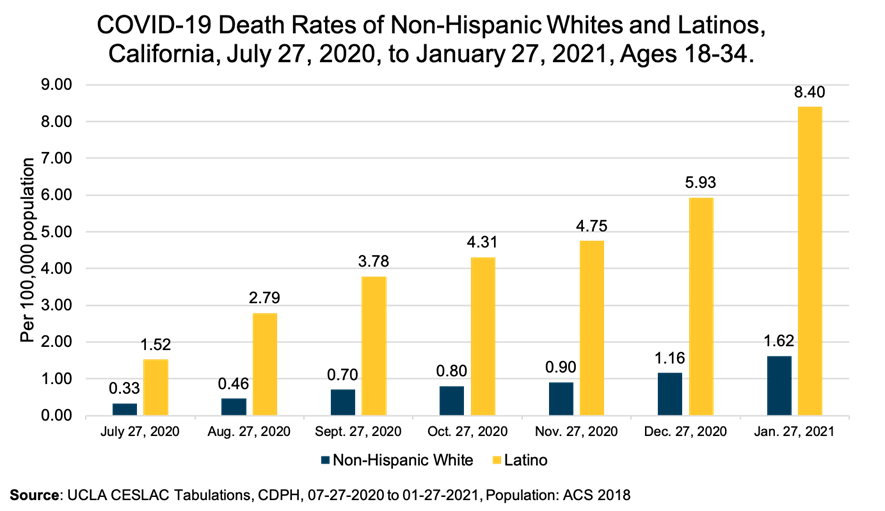 The COVID-19 surge of summer through winter 2020‒2021 devastated all population groups. Yet when the death rates of Latinos are compared to non-Hispanic white (NHW) rates in every age group, there is a significant disparity between the two: Latino death rates are from two to seven times higher than NHW rates. 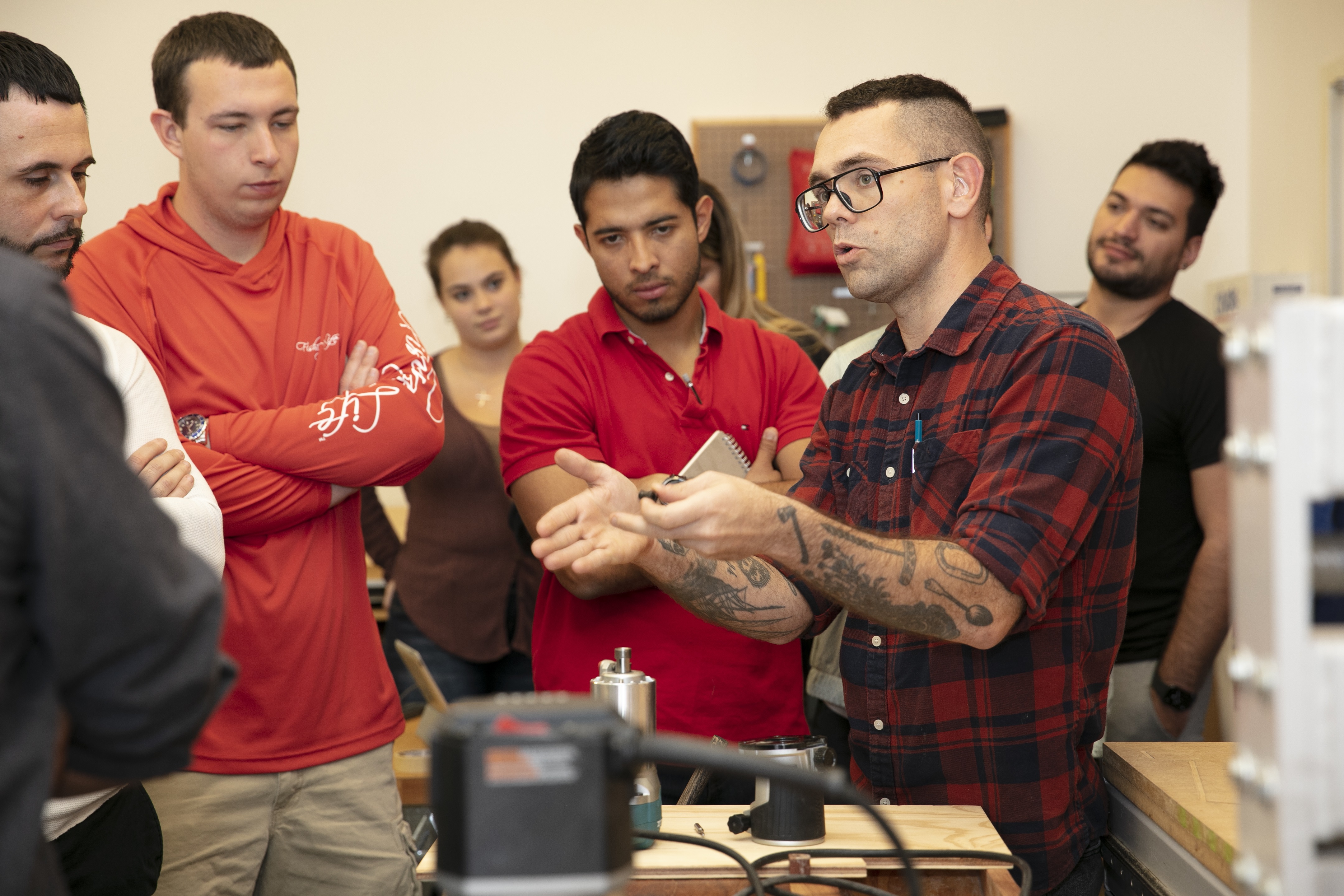 Researchers explored how 34 Latino undergraduate male students defined masculinity and manhood based on their own life experiences and looked at gender socialization, leadership and transfer experiences. Study results suggest including the importance of an approach to research and practice that engages Latino undergraduate male students via leadership development and involvement that is reflective of the way Latino masculine gender identity and leadership performance is socialized within the social construct of “familismo.”

For many of us, this year’s holiday season may look different, and many are asking how we can enjoy the fellowship of the season while keeping ourselves, our loved ones and our communities safe from COVID-19.

A coalition of 11 academic institutions and their community partners across California has received a $4.1 million grant from the NIH for a statewide community-engaged approach to addressing COVID-19 among populations that have been disproportionately affected by the pandemic.

UNLV political science professor John Tuman is available to speak about the findings of his new study examining the impact of the COVID-19 pandemic on labor market conditions in Nevada. The research, published last week in the Early View section… 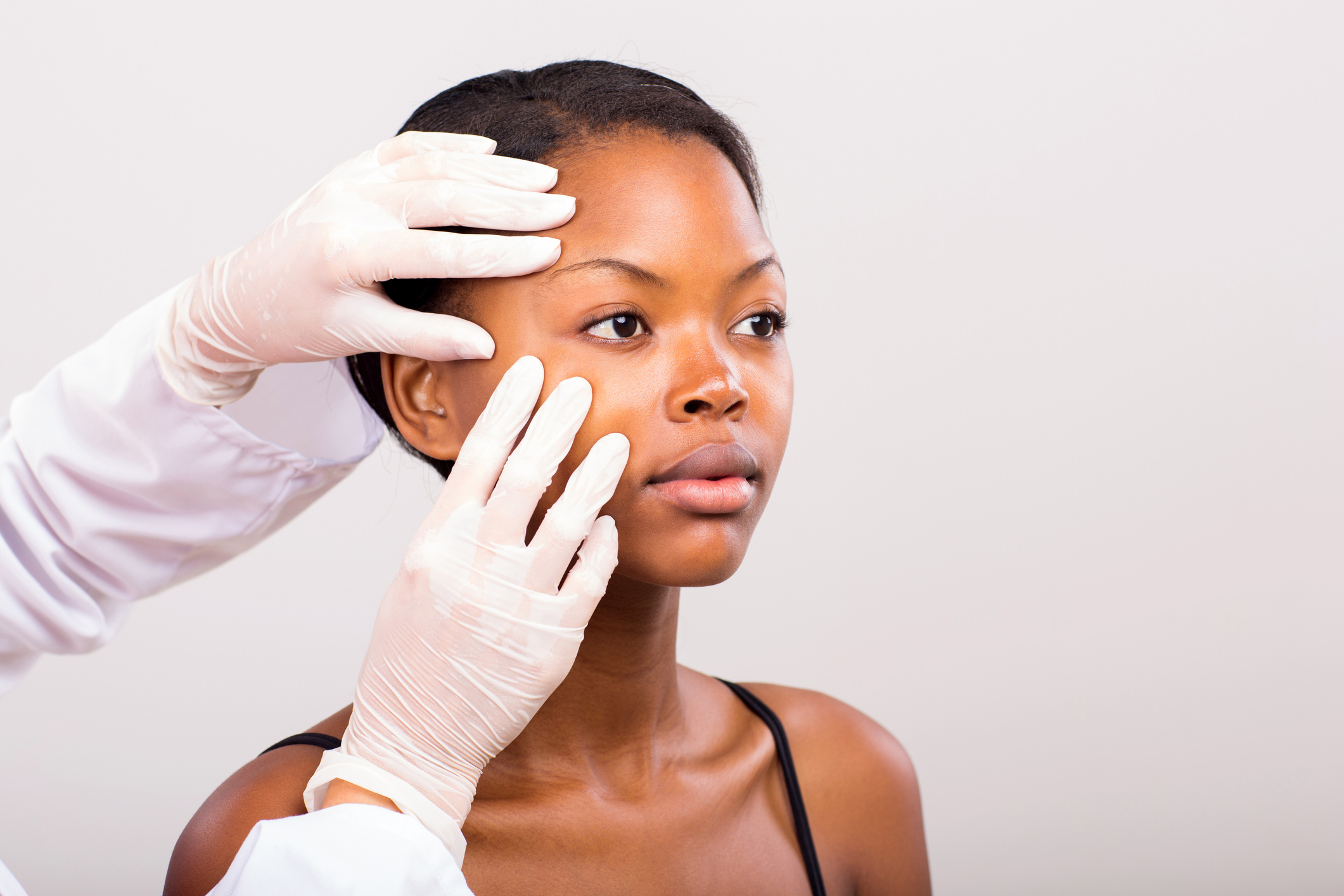 The Dr. Philip Frost Department of Dermatology and Cutaneous Surgery at the University of Miami Health System launches newly named Skin of Color Division led by a three-physician team – all women of color. Only a handful of dermatology programs across the country have so many physicians specializing in skin of color care.

FACULTY Q&AU.S. Hispanics are more likely than their white white counterparts to be affected by coronavirus independently of their immigration status. Two University of Michigan School of Public Health experts explain why, and offer some solutions the federal government could use to mitigate these negative consequences.Paul J.

Super Tuesday is one of the most important presidential primary events of 2020, with a third of delegates to be determined. Texas and California, states with high proportions of Latino voters, are among the fourteen states that will hold primaries.…