Paris, France – 31 Aug 2019: Low-density lipoprotein (LDL) cholesterol levels should be lowered as much as possible to prevent cardiovascular disease, especially in high and very high risk patients. That’s one of the main messages of the European Society…

The arrival of refugees in eastern German communities has had no effect on local residents’ voting behavior or on their attitudes toward immigration, finds a new study of citizens in more than 200 regional municipalities. “Our analysis shows widespread anti-immigrant… 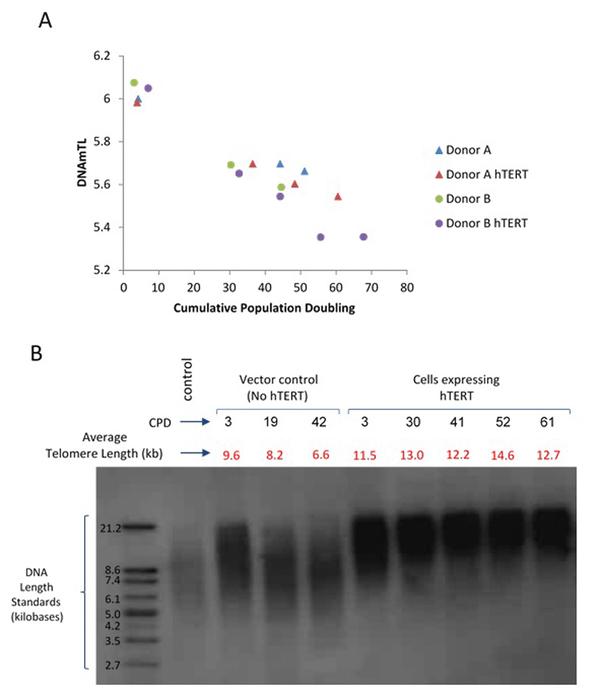 TORONTO, August 31, 2019 – A new study from St. Michael’s Hospital in Toronto, Canada shed lights on how a class of medications that help regulate blood sugar for patients with Type 2 diabetes can also protect against heart disease.…

Paris, France – 31 Aug 2019: Two decades of a sedentary lifestyle is associated with a two times risk of premature death compared to being physically active, according to results from the HUNT study presented today at ESC Congress 2019…

Paris, France – 31 Aug 2019: Microorganisms in the body may contribute to destabilisation of coronary plaques and subsequent heart attack, according to late breaking research presented today at ESC Congress 2019 together with the World Congress of Cardiology.(1) The…

Paris, France – 31 Aug 2019: A low-cost text-messaging programme improves blood sugar control in patients with diabetes and coronary heart disease. That’s the finding of the CHAT-DM randomised trial reported today at ESC Congress 2019 together with the World…

Paris, France – 31 Aug 2019: Eating nuts at least twice a week is associated with a 17% lower risk of death from cardiovascular disease, according to research presented today at ESC Congress 2019 together with the World Congress of…

Paris, France – 31 Aug 2019: The European Society of Cardiology (ESC) Guidelines on diabetes, pre-diabetes and cardiovascular diseases are published online today in European Heart Journal ,(1) and on the ESC website.(2) They were developed in collaboration with the…

Paris, France – 31 Aug 2019: The detrimental impact of pollution and noise on patients with chronic coronary syndromes is highlighted for the first time in European Society of Cardiology (ESC) Guidelines published online today in European Heart Journal ,(1)…

Paris, France – 31 Aug 2019: The European Society of Cardiology (ESC) Guidelines on acute pulmonary embolism are published online today in European Heart Journal (1), and on the ESC website.(2) They were developed in collaboration with the European Respiratory…

Paris, France – 31 Aug 2019: The European Society of Cardiology (ESC) Guidelines on supraventricular tachycardia are published online today in European Heart Journal ,(1) and on the ESC website.(2) The document highlights how catheter ablation is revolutionising care for…

Data from devices may help identify and improve lifestyle strategies

Paris, France – 31 Aug 2019: Bleeding during the first six months after discharge from hospital for a heart attack is linked with a subsequent cancer diagnosis, according to research presented today at ESC Congress 2019 together with the World… 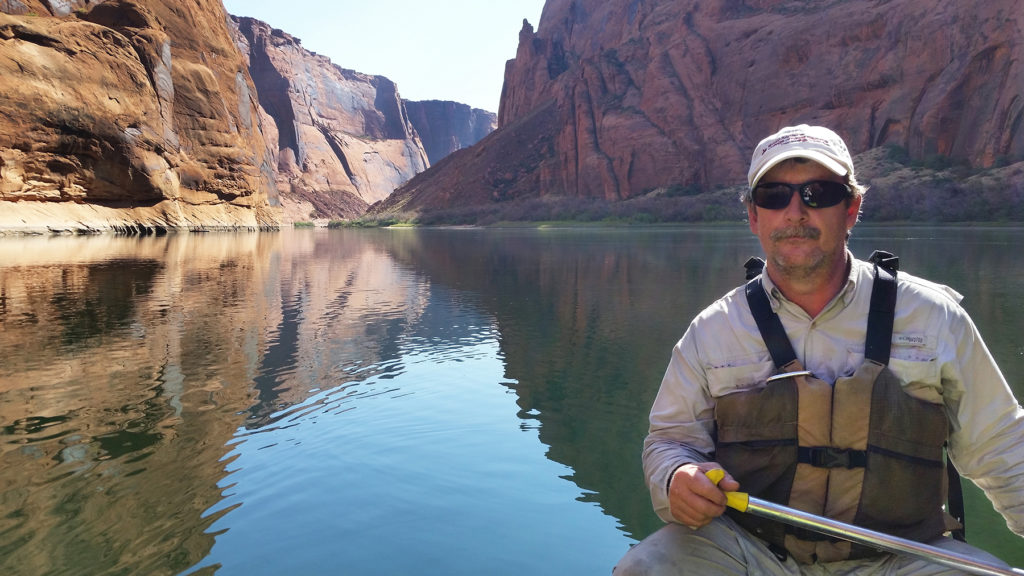 I have been blessed these last three decades to pursue a career as a wildlife scientist at a land-grant university, working daily at the nexus of my vocation and advocation. So, celebrating National Wildlife Day comes naturally. However, in our increasingly urban society, many people may not understand my affinity for wildlife or even why we would celebrate a national day for wildlife. 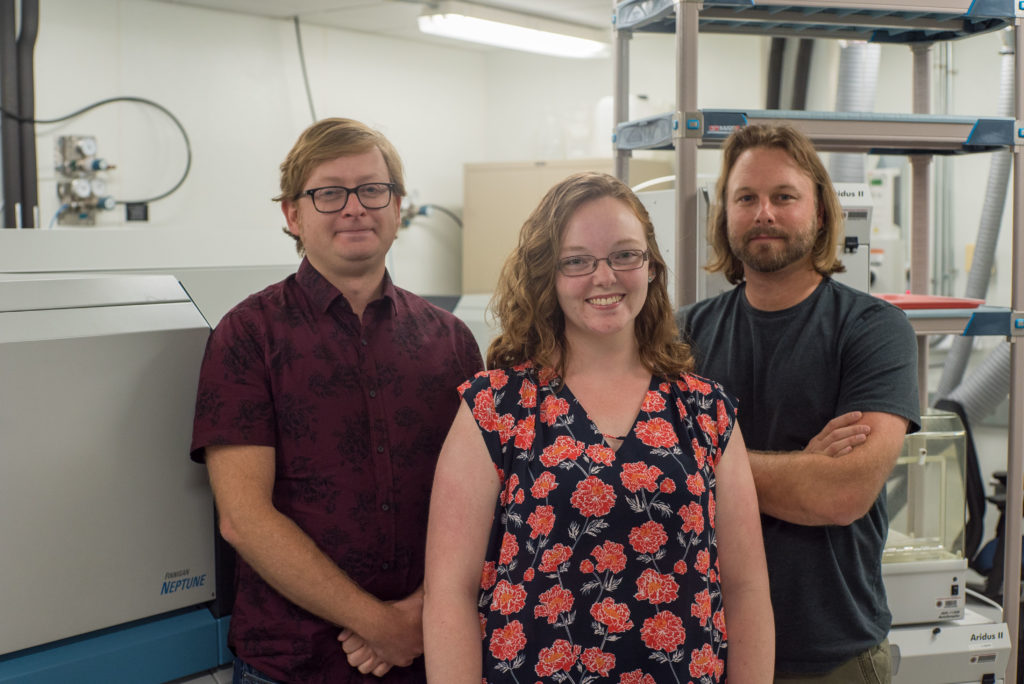 Late in the prehistoric Silurian Period, around 420 million years ago, a devastating mass extinction event wiped 23 percent of all marine animals from the face of the planet.

For years, scientists struggled to connect a mechanism to this mass extinction, one of the 10 most dramatic ever recorded in Earth’s history. Now, researchers from Florida State University have confirmed that this event, referred to by scientists as the Lau/Kozlowskii extinction, was triggered by an all-too-familiar culprit: rapid and widespread depletion of oxygen in the global oceans. 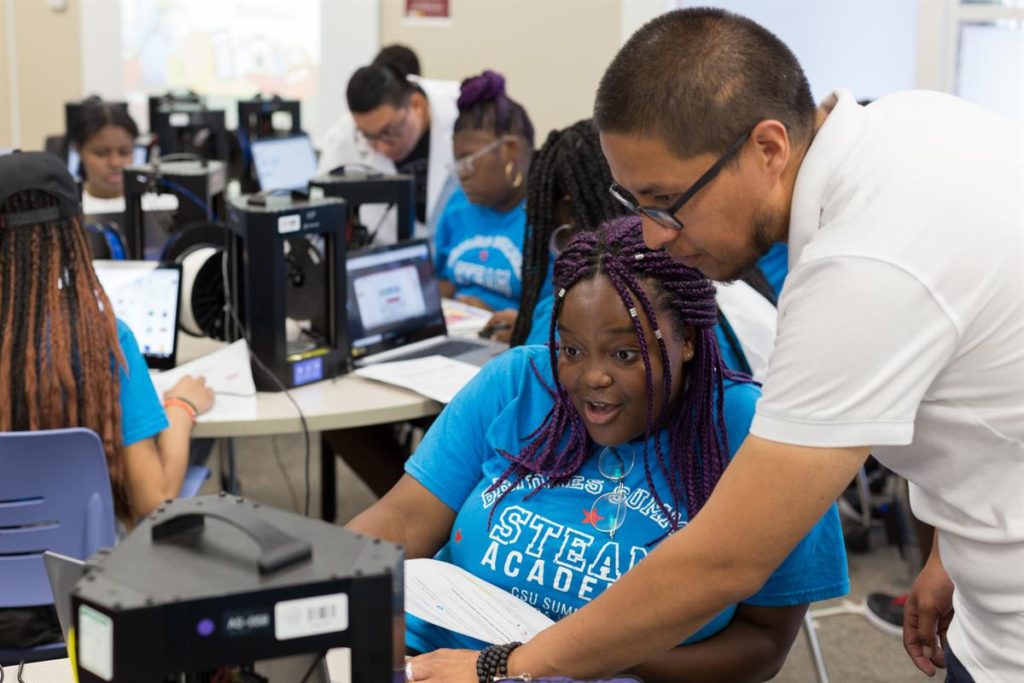 With wildfires from the Arctic to the Amazon, the issue of wildfires, and the resulting smoke, is in the news. Dr. Cora Lynn Sack, a UW Medicine pulmonologist, comments. 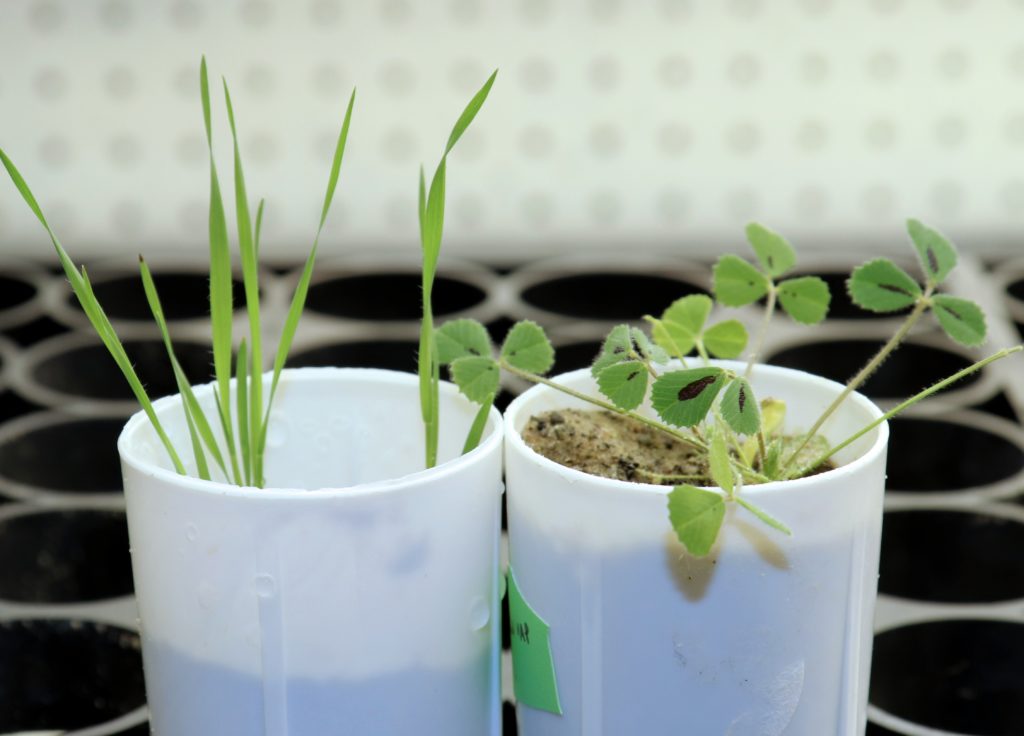 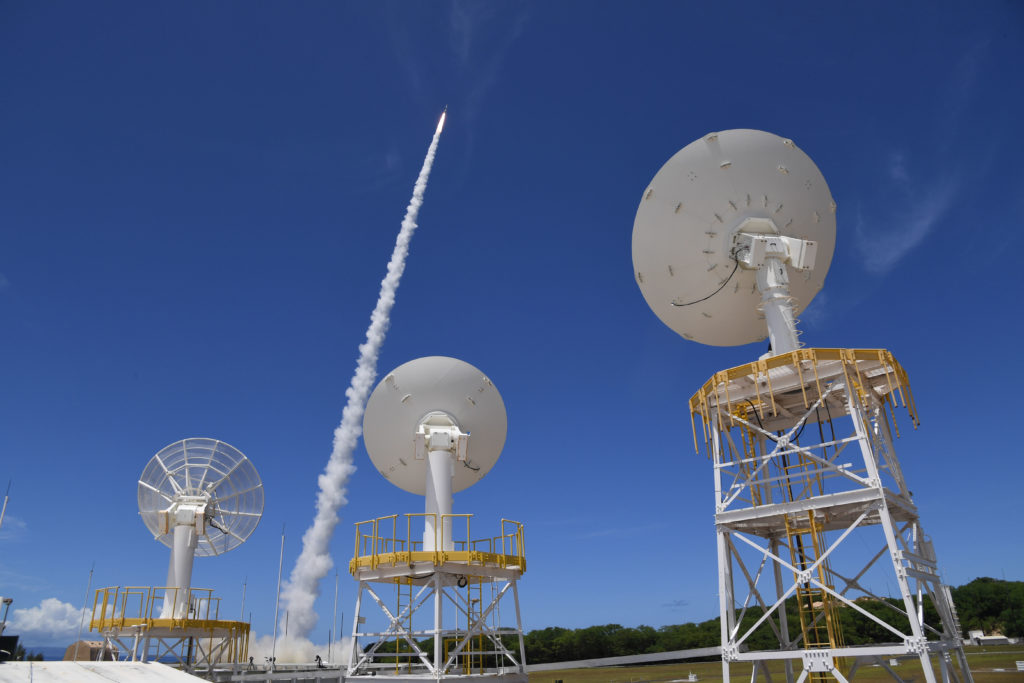 An analysis of HOT SHOT sounding rocket data has revealed a way to provide an earlier, more accurate indicator of whether an experimental technology will succeed in flight without falling to pieces.

New research by Vanderbilt marketing professor Kelly Haws helps explain why we match our friends’ orders at a restaurant—but not exactly. 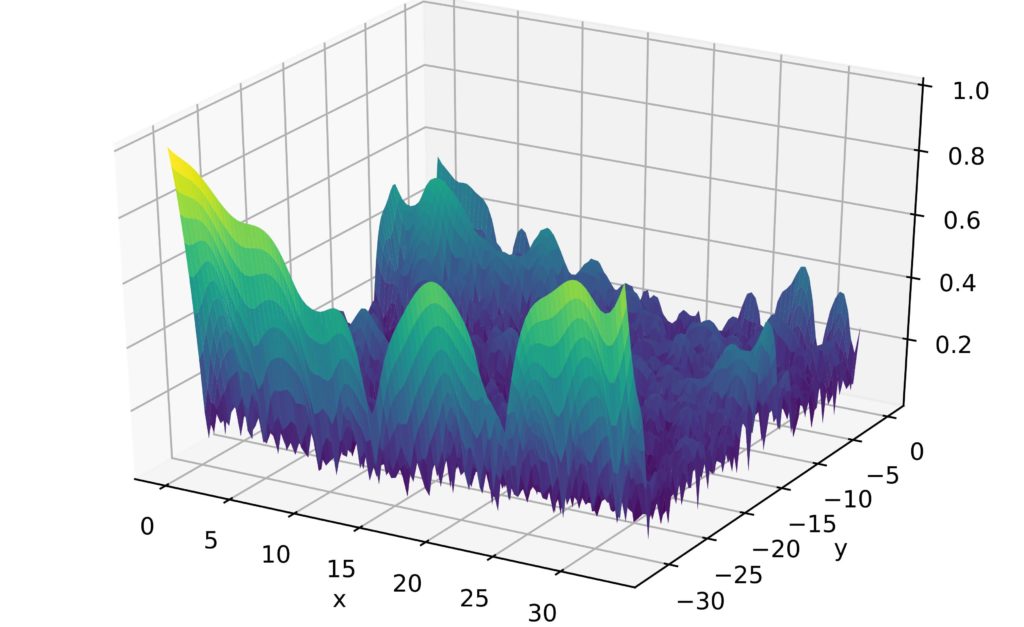 What: Israel is bracing for elections on September 17. American University experts are available for commentary and analysis of the political situation in Israel, issues related to U.S.-Israel relations, and U.S. foreign policy in the Middle East.  Who: Guy Ziv,… 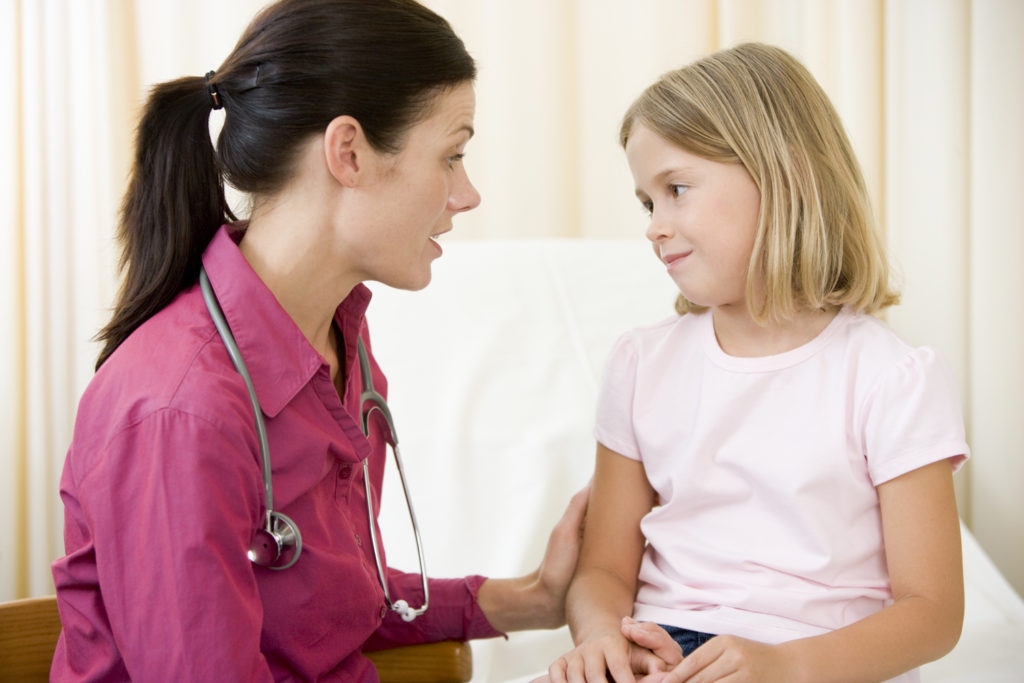 From maintaining regular check-ups and keeping up to date with recommended vaccinations to a good diet and exercise, some simple tips can help keep youngsters healthy as they head back to class – and are cancer preventive too.

Most patients who died or were removed from the kidney transplant waitlist before getting a transplant received multiple offers for a donor kidney. 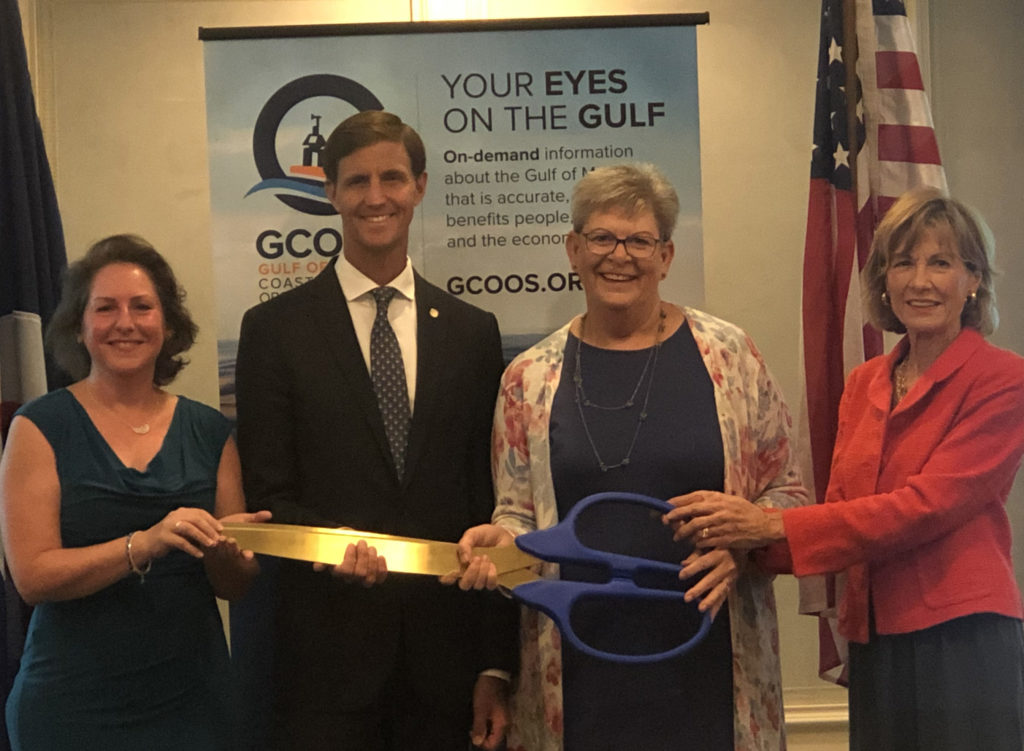 The Gulf of Mexico Coastal Ocean Observing System (GCOOS) joined with the National Oceanic and Atmospheric Administration (NOAA), the National Ocean Service (NOS), Fugro and the University of Southern Mississippi to celebrate the installation of two new high-frequency radars situated at the mouth of the Mississippi River. 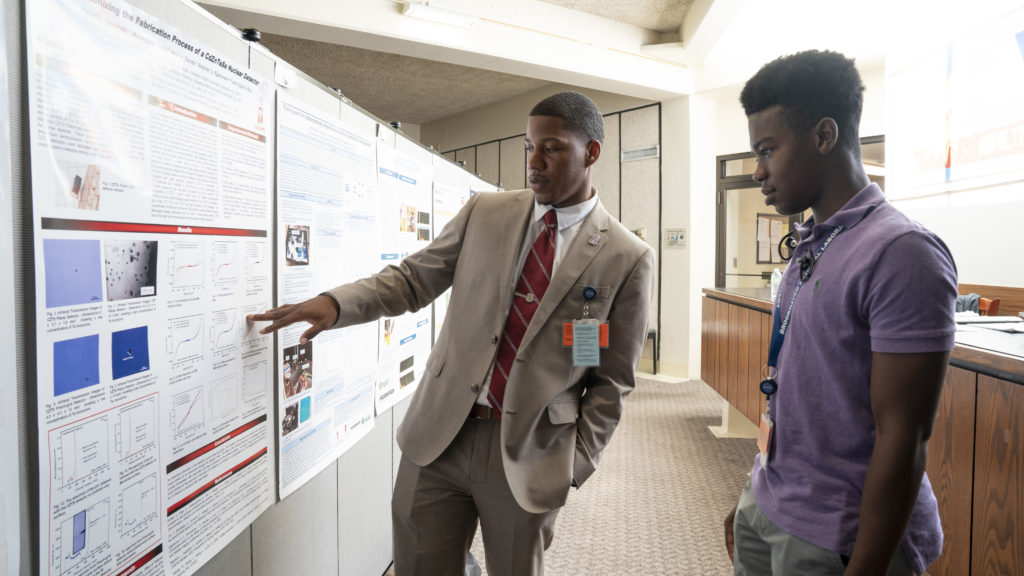 On August 8, 2019, more than 300 students studying science, technology, engineering, and mathematics (STEM) fields completed summer internships at the U.S. Department of Energy’s (DOE) Brookhaven National Laboratory, making history as one of the largest groups of summer interns the Lab has ever hosted.

Researchers have developed a way to remove ice and frost from surfaces extremely efficiently, using less than 1% of the energy and less than 0.01% of the time needed for traditional defrosting methods. Instead of conventional defrosting, which melts all the ice or frost from the top layer down An estimated 61,780 new cases of leukemia will be diagnosed in the United States this year. Although leukemias are thought to occur in childhood, they can actually present at any age in both children and adults.

Preventing a patient from becoming malnourished can shorten his or her hospital stay, decrease hospital fees and, most importantly, improve the patient’s quality of life. Students in Gonzaga University Professor Andrew Goldman’s History 193 course can look forward to traveling somewhere new and far away — and often into the past — most afternoons this fall.

CORVALLIS, Ore. – Stone tools and other artifacts unearthed from an archeological dig at the Cooper’s Ferry site in western Idaho suggest that people lived in the area 16,000 years ago, more than a thousand years earlier than scientists previously…

Older people who have never taken part in sustained exercise programmes have the same ability to build muscle mass as highly trained master athletes of a similar age, according to new research at the University of Birmingham. The research shows…

Longer NFL careers and certain playing positions appear to each spell greater long-term risk for serious cognitive problems such as confusion, memory deficits, depression and anxiety in former football players, according to a new report published Aug. 30 in The… Persistent abnormally hot weather can cause negative impacts on human health, agriculture, and natural environments. A heat wave — a spell of hot days with the mercury rising much higher than the average temperature — has been reported more frequently…

The loss of forest cover in the Amazon has a significant impact on the local climate in Brazil, according to a new study. The UN Environment Programme has said warned that the Amazon wildfires threaten “…this precious natural resource…” and…