About 7.5 million Americans suffer from psoriasis, an autoimmune disease that shows up as patches of red, inflamed skin and painful, scaly rashes. Although there are effective treatments for psoriasis, not everyone responds to these therapies—and for many, the relief is temporary.

A new discovery of a physiological mechanism of psychosomatic illnesses could open a new therapeutic avenue for treating chronic inflammatory conditions such as Crohn’s disease, psoriasis, and other autoimmune conditions, by attenuating their memory trace in the brain.

It’s common for people with psoriasis to develop dry, inflamed skin lesions. But researchers found specific gene expression changes in healthy-appearing skin were a better predictor of clinical response to etanercept, an anti-TNF treatment prescribed to up to one-fifth of psoriasis patients. They say finding predictive signs in a patient’s genetic profile is a step toward applying precision medicine to complex inflammatory skin diseases.

Targeting a protein found in the skin may reduce the severity of psoriasis, a Michigan Medicine study found. Using a mouse model to mimic psoriasis, researchers found changing levels of interferon kappa altered the severity of inflammation.

Nanofiber-based treatments stimulate the body to mount its own biological attack on immune disorders.

Diet rich in sugar and fat leads to disruption in the gut’s microbial culture and contributes to inflammatory skin diseases such as psoriasis. Research shows that switching to a more balanced diet restores the gut’s health and suppresses inflammation.

At the beginning of an immune response, a molecule known to mobilize immune cells into the bloodstream, where they home in on infection sites, rapidly shifts position, a new study shows. Researchers say this indirectly amplifies the attack on foreign microbes or the body’s own tissues.

In a major register-based study, scientists at University of Gothenburg, Sweden, have now demonstrated a connection between inferior physical fitness in young adults and elevated risk of the autoimmune disease psoriasis.

The SARS-CoV-2 pandemic continues to have a considerable impact on the provision of appropriate care to people with psoriasis.

Mount Sinai researchers have pinpointed a single gene biomarker, nitride oxide synthase 2 (NOS2) that can distinguish atopic dermatitis (AD) and psoriasis with 100 percent accuracy using adhesive tape strips, a non-invasive alternative to skin biopsy. The research will be published online today in the Journal of Allergy and Clinical Immunology.

Researchers at the Icahn School of Medicine report that roflumilast cream (ARQ-151), which contains a highly potent, selective phosphodiesterase-4 (PDE4) inhibitor demonstrated significant improvements in patients with psoriasis signs and symptoms in as early as two weeks. The phase 2b trial results showed that when patients with plaque psoriasis applied topical roflumilast once-daily they reported clear skin as well as improvement in itch and burden of disease. The results of the paper were published online today in The New England Journal of Medicine. 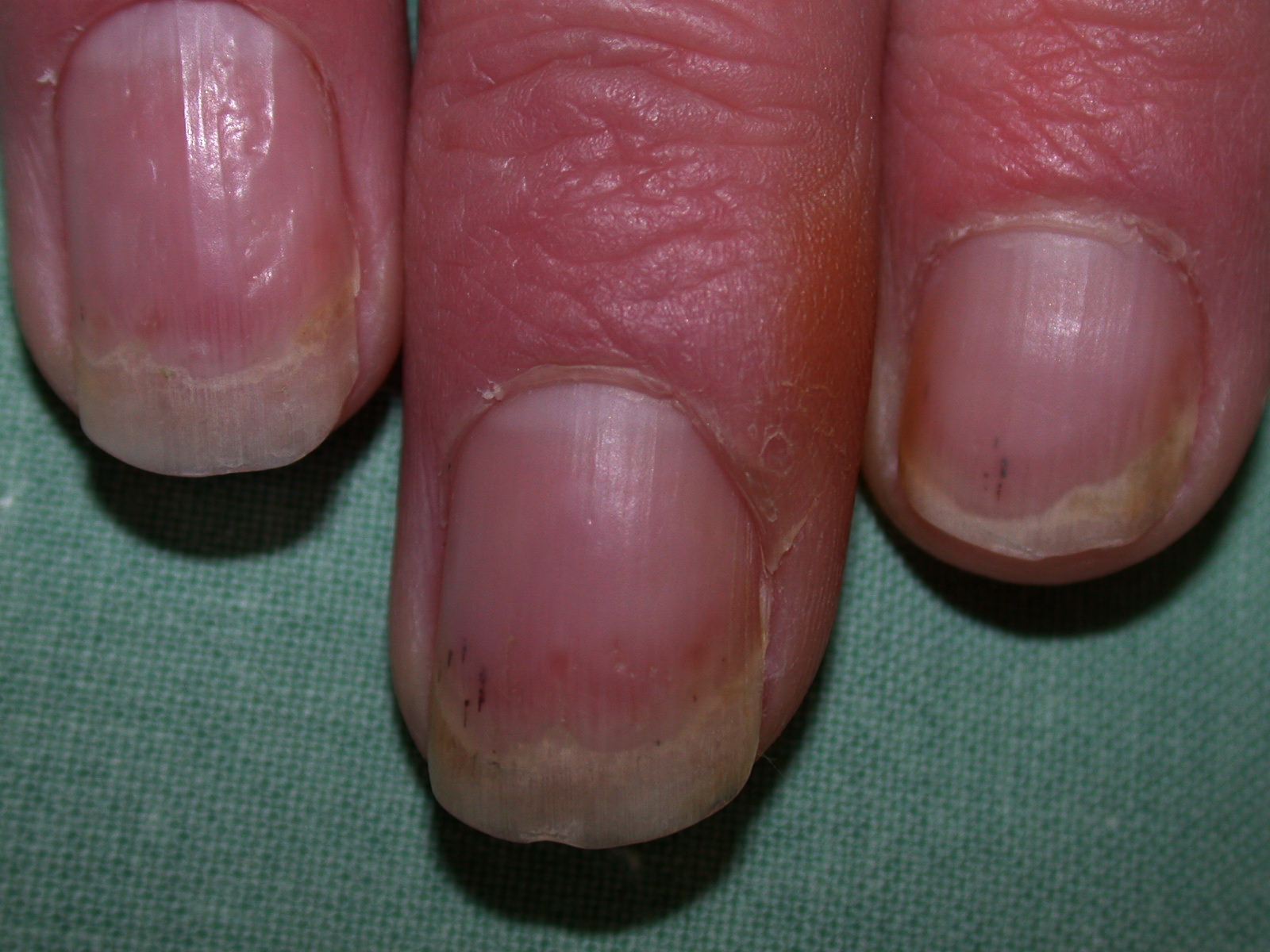 Approximately 7.5 million people in the U.S. have psoriasis, a chronic inflammatory disease that mostly affects the skin and joints but could also affect the nails. According to dermatologists from the American Academy of Dermatology, most people who have plaque psoriasis — the most common form of psoriasis — also develop nail psoriasis at some point. This is why dermatologists say it’s important for psoriasis patients to check their nails — both their fingernails and toenails — for signs of nail psoriasis, which can include nail dents, lifting, discoloration, thickening and crumbling. However, it’s also possible for patients to experience nail psoriasis without having psoriasis on other parts of their body.