For decades, Las Vegas — a city world famous for sports betting — was one of the few U.S. metropolises without a professional sports team. That all changed in 2017 when the NHL’s Golden Knights took a gamble by setting up shop in Southern Nevada, soon followed by the WNBA’s Aces and NFL’s Raiders. Just a few short years later, the Aces have upped the ante on their “raise the stakes” tagline and became the first major professional sports team to win a championship for Las Vegas.

A new paper on cybervetting finds organizations need to implement clearly defined rules regarding how they use online information about job candidates. Failing to regulate ‘cybervetting’ can introduce bias into an organization’s hiring processes and hurt the organization’s bottom line.

On 9/11, lawmakers from both parties unified in their response. Just over 20 years later, Congress is distinctly partisan, clashing on everything from the January 6 insurrection to COVID to climate change. Why? Many blame widespread and widely believed misinformation and disinformation. Rensselaer Polytechnic Institute’s Boleslaw Szymanski, Claire and Roland Schmitt Distinguished Professor of Computer Science, is part of an interdisciplinary team of researchers examining the flow of (mis)information in social media.

A survey from the American Academy of Sleep Medicine reveals that 93% of Gen Z have lost sleep because they stayed up “past their bedtime” to view or participate in social media.

Researchers from Vrije Universiteit Amsterdam, Dartmouth College, Babson College, and LUISS University published a new paper in the Journal of Marketing that shows how to de-escalate customer anger on social media sites by using language that signals active listening and empathy.

Sharing news articles with friends and followers on social media can prompt people to think they know more about the articles’ topics than they actually do, according to a new study from researchers at The University of Texas at Austin.

Calls for a boycott of Goya Foods products in 2020 actually caused the company’s nationwide sales to rise for a few weeks before subsiding to previous levels, according to new Cornell University research.

Caregivers who consume digital media for relaxation are more likely to engage in negative parenting practices, according to a new multinational study. 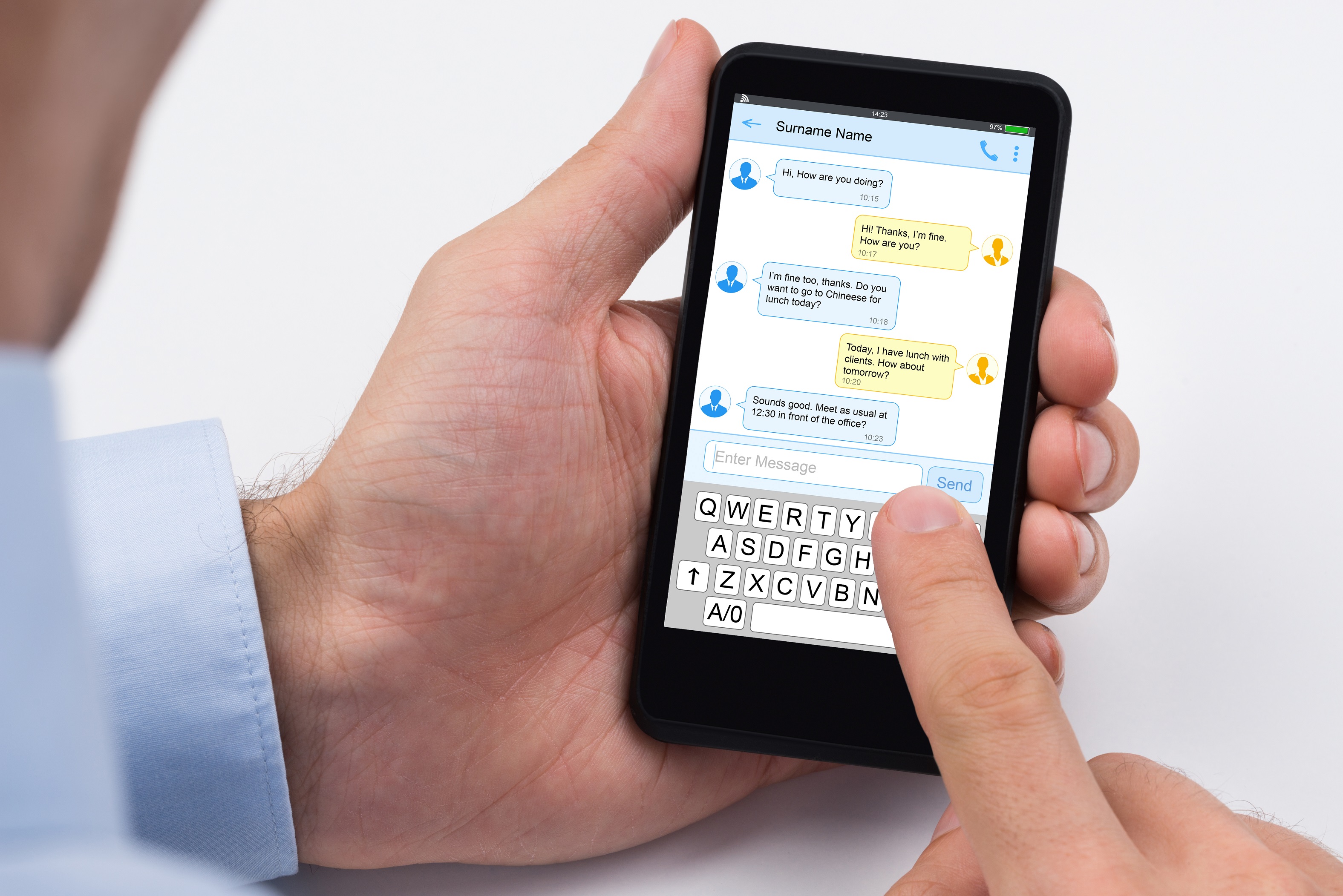 A new book co-authored by a University of South Australia academic gives an insight into how text messaging – celebrating its 30th birthday this year – has been driven by technology and young people.

Chula alumni team in cooperation with the CU Innovation Hub has come up with the idea of “Kollective” a new start-up that provides the tools and services for full-scale marketing of influencers. With the analysis using big data, the best influencers are chosen to increase sales volumes in your business.

Researchers have created a new model that can help online media companies figure out what gives users long-term satisfaction – not just the instant gratification of continual scrolling – which may result in less time spent on the platform, but fewer users who quit entirely. 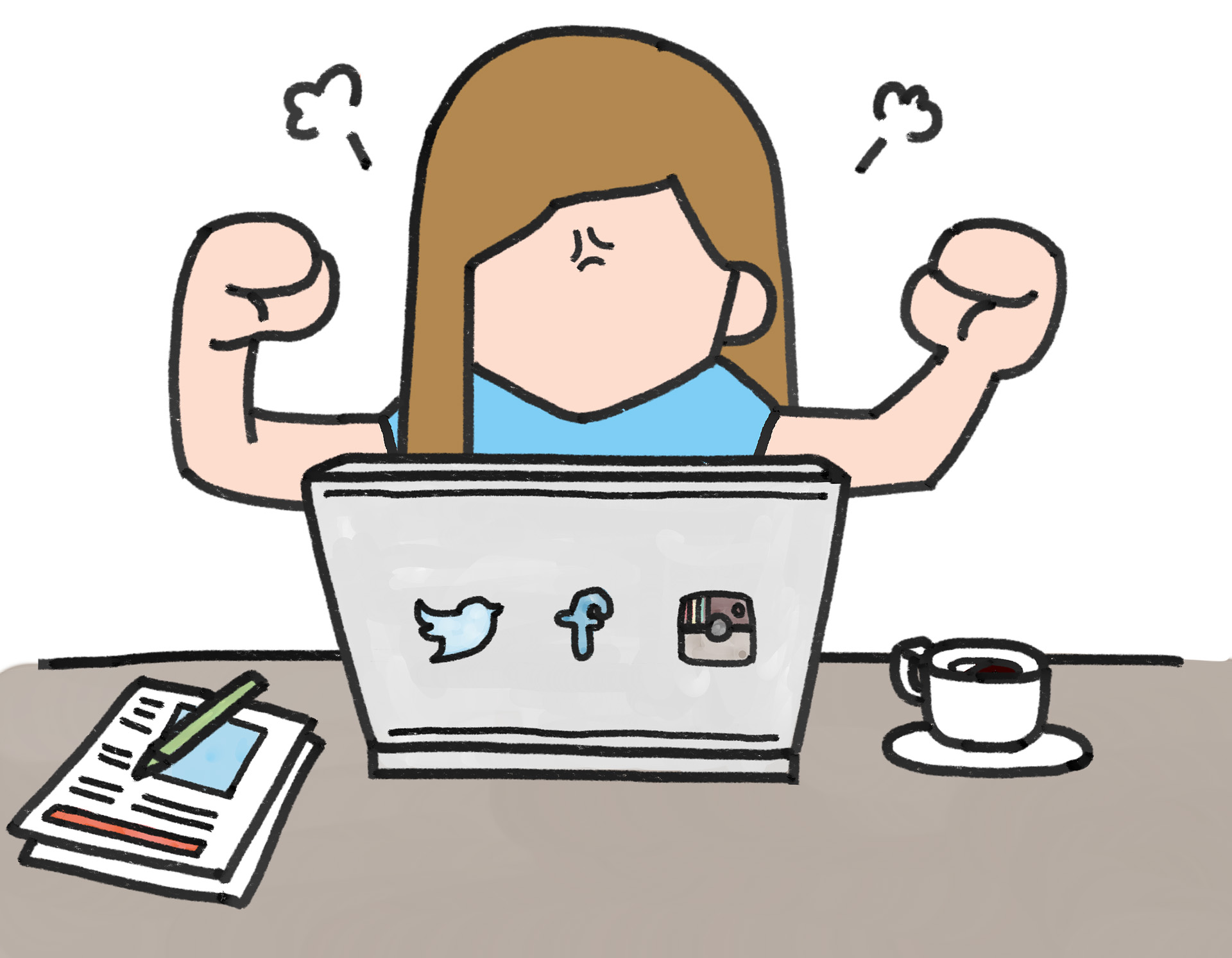 Schoolchildren huddled in Uvalde, Tex. classrooms as classmates and teachers are cut down by a rogue gunman. A peaceful weekend afternoon at a Buffalo, N.Y. grocery store interrupted by a white supremacist who sprays the aisles of elderly, predominantly African American weekend shoppers with an AR-15 style rifle. Only five months into the year, these attacks tallied as the 198th and 214th U.

Trolls, haters, flamers and other ugly characters are, unfortunately, a fact of life across much of the internet. Their ugliness ruins social media networks and sites like Reddit and Wikipedia.

Could information shared on social media have an impact in the hiring of military veterans upon the return to civilian life? Would the discovery of post-traumatic stress disorder (PTSD) lead a recruiter or hiring manager to screen a veteran applicant…

A new study reveals that people browsing the popular social media platform TikTok for information about the diet are likely to find advice that is neither aligned with the Mediterranean diet nor particularly healthful.

Anti-Asian hate language surged between January and March of 2020 with clusters of hateful tweets spread across the contiguous U.S. that varied in size, strength distribution and location. This is the first step towards helping officials predict where online racism may spill over to the streets as a public health threat.

A survey of how academics use social media to encourage people to interact with their research argues that much of the public value of their work is probably being overlooked in official ‘impact’ assessments.

The explosive growth of social media during the last decade has dramatically changed the dynamics of business-customer interactions.

The language used in Facebook posts can identify people at risk of hazardous drinking and alcohol use disorders (AUDs), according to a new study. Social media platforms are a “low-cost treasure trove” of data, researchers claim, expanding the options for studying, screening, and helping people at risk. Social media content in recent years has been used to explore various public health phenomena. For example, language and “likes” have predicted depression, hospital visits, low birthweight, obesity, and life expectancy. Social media language has also been linked to patterns of alcohol consumption and related problems. For the study in Alcoholism: Clinical & Experimental Research, investigators explored how convincingly the language of Facebook could be used to identify risky drinking. They compared the accuracy of multiple predictive tools, including a new technique for processing language that has rarely been applied to health research.

A new study finds the social media messages that resonate best with loyalty program members differ from the posts that work best with other customers. The finding could inform how best to craft social media campaigns aimed at either segment of a company’s customer base.

Asking people to stop using social media for just one week could lead to significant improvements in their wellbeing, depression and anxiety and could, in the future, be recommended as a way to help people manage their mental health say the authors of a new study.

Members of Congress in the United States are less civil on Twitter now than they were at the start of the Obama administration. New research has revealed a 23% increase in online incivility among Congresspeople from 2009-2019, with more inflammatory tweets receiving more likes and retweets.

People may forgo displaying luxury brands and other signals of status when they want to convince others that they will collaborate well with a team, as people who signal their wealth and social status could be perceived as uncooperative, according to research published by the American Psychological Association.

Researchers at the University of California San Diego have developed algorithms to rid speech generated by online bots of offensive language, on social media and elsewhere.

Vaccine uptake constitutes a key barometer as governments lead the communities out of the COVID-19 pandemic. Facts and fake news have apparently influenced vaccination willingness. But how valid is this proposition?

WHAT: Today, popular social media networks among teens, TikTok, Snapchat and YouTube, are testifying in front of Congress, with Snapchat and TikTok testifying for the first time. The popular networks are on Capitol Hill as Congress continues to investigate how…

Banning right-wing extremists from social media can reduce the spread of anti-social ideas and conspiracy theories, according to Rutgers-led research.

How can families help children and teens navigate the ever-changing landscape of social media — especially when many of today’s parents and caregivers did not grow up with these technologies as central to their daily lives?

Facebook plans to change its name to focus on the metaverse, reports suggest. The company has been laying the groundwork for a greater focus on the next generation of technology. The following Cornell University experts are available to comment on…

The devastation and distress brought by the Covid-19 pandemic to millions of lives goes without question, but trying to gauge an entire planet’s changing perception of the disease over time can seem an almost impossible task.

Social media users who view images of healthy foods that have been heavily endorsed with ‘likes’ are more likely to make healthier food choices, a new study has found.

Shark depredation, where a shark partially or completely consumes a fish before a fisherman can get it out of the water, causes a range of negative biological and economic impacts. Scientists have found a novel way to address this issue using a citizen-science approach that includes surveys, videos, forensics and social media.

In the face of a potentially disastrous storm like Hurricane Ida, people take to Twitter and other social media sites to communicate vital information. New research published in the journal Risk Analysis suggests that monitoring and analyzing this social media “chatter” during a natural disaster could help decision makers learn how to plan for and mitigate the impacts of severe weather events in their communities.

During the early months of the COVID-19 pandemic, as false health information spread on social media, the number of children and teens poisoned with hand sanitizer or alcoholic beverages surged in Iran. These poisonings resulted in hundreds of hospitalizations and 22 deaths. Misinformation circulating on social media included the false suggestion that consuming alcohol (methanol) or hand sanitizer (ethanol or isopropyl alcohol) protected against COVID-19 infection (it does not). A major alcohol poisoning outbreak sickened nearly 6,000 Iranian adults, of whom 800 died. It was not known, however, to what extent children and adolescents were affected. For the study in Alcoholism: Clinical & Experimental Research, investigators compared pediatric hospitalizations for ethanol and methanol poisoning during the early COVID-19 pandemic in Iran with the same period the previous year. They also looked at types of exposure and how those were linked to the children’s ages and clinical outcomes.

An analysis of what foster families talk about on social media showed how the COVID-19 pandemic ramped up their anxieties and concerns about the children in their care.

In the face of grave concerns about misinformation, social media networks and news organizations often employ fact-checkers to sort the real from the false. But fact-checkers can only assess a small portion of the stories floating around online.

Professor Lewis Nelson, chair of the Department of Emergency Medicine at the Rutgers New Jersey Medical School, is available to discuss the dangers of participating in the viral social media trend, the milk crate challenge. “The risks and costs involved…

An adolescent’s day can be filled with a dizzying array of digital technologies. For many teenagers, being online is a way to pass the time and communicate with friends. Cell phones and social media can also help teens cope with stressful events—as long as they strike the right balance between spending time online and pursuing other coping activities.

Politicians are more likely to tweet about climate change if they are Democrats, represent wealthier districts and if their constituents are concerned about the climate, according to a new Cornell University study. Meanwhile, communities most at risk from climate change are less likely to see their political leaders tweet about it, the multidisciplinary team of researchers said.