Adolescents who underwent sleeve gastrectomy, a type of weight-loss surgery that involves removing part of the stomach, were less likely to go the emergency room in the five years after their operations than those who had their stomachs divided into pouches through gastric bypass surgery, according to new research.

When a high school or college student consults a physician about a sport-related concussion, their age, severity of symptoms, number of previous concussions, and family history of psychiatric disorders predict whether they can be released to supervision by an athletic trainer or will need additional medical care, according to an article in the Clinical Journal of Sports Medicine. The journal is published in the Lippincott portfolio by Wolters Kluwer.

Newly published research from RUSH in the journal SLEEP sheds light on how adolescents can get more shut-eye.

Teen use of alcohol and alcohol in combination with cannabis is decreasing, but use by girls is decreasing more slowly than it is for boys, according to a study published in Alcoholism: Clinical & Experimental Research. And, rates of cannabis use among teens who didn’t use alcohol, which more than doubled in the last decade, are increasing more rapidly in female students than in their male counterparts. Despite the declines in alcohol use, teen alcohol use remains high, and far more prevalent than cannabis use. The simultaneous use of cannabis and alcohol amplifies the health risks for teens, including risk of intoxication, injury, impairment and other short- and long-term consequences for adolescents. As one in five students reports simultaneously using both substances, continued public health efforts to reduce teen alcohol and cannabis use, as well as interventions specifically aimed at female students, are important.

COLUMBUS, Ohio – The first year of the COVID-19 pandemic saw a 113% increase in the “Years of Life Lost” among adolescents and young people in the United States due to unintentional drug overdose, according to researchers at The Ohio State University Wexner Medical Center and College of Medicine.

The American Academy of Sleep Medicine is holding the third annual Student Sleep Health Week Sept. 12-18, 2022, to educate students, parents and educators about the importance of sleep for success, well-being and overall health.

Most children and adolescents living in the U.S. have suboptimal scores for cardiovascular health (CVH), according to the first study to use the American Heart Association’s new “Life’s Essential 8” metrics and scoring algorithm for quantifying CVH levels in adults and children. Overall, under 30 percent of 2-19-year-olds had high CVH. The proportion of children with high CVH declined markedly with older age: 56 percent of 2-5-year-old children had high CVH, compared with 33 percent of 6-11-year-olds and 14 percent of 12-19-year-olds.

Research shows that adolescents and young adults frequently overestimate the extent to which their peers drink alcohol, and that these overestimations increase risk for problem drinking behaviors, as well as dating violence. A recent study found that LGBTQIA2S+* teens likewise overestimate the frequency and quantity of alcohol use of other LGBTQIA2S+ teens, but also drink alcohol and experience dating violence at disproportionately higher rates than heterosexual, cisgender teens.

More awareness of the symptoms of psychosis, and the availability of treatment, could mean more young people with psychosis get care quickly. And that can make a big difference in their immediate mental health and their long-term futures.

Transition to middle school can be a stressful time for adolescents. They must adjust to a new peer group and social environment while going through the developmental changes of puberty.

In a study published in Addiction that analyzed 2015–2018 information from 47 countries, approximately 1 in 12, or 8.6%, of adolescents reported vaping in the past 30 days. Countries with higher tobacco taxes tended to have higher adolescent vaping.

Children with chronic nausea and a condition known as orthostatic intolerance (OI) (dizziness when standing up) exhibit brain connectivity changes in areas related to sensory external and internal awareness resulting in over self-monitoring, according to a study published in the journal Neurogastroenterology & Motility.

New findings led by researchers at the American Cancer Society (ACS) show that five-year survivors of adolescent and young adult (AYA) cancer in the United States have a higher risk of developing and nearly double the risk of dying from a new primary cancer as the general population.

Firearms have surpassed motor vehicles as the leading cause of death among children and adolescents in the United States, according to new federal data analyzed by researchers at the University of Michigan.

A new longitudinal study takes a deep dive into adolescent self-esteem and the role that parents – specifically mothers – and friends play in shaping how youth feel about themselves.

Sexual minority adolescents – lesbian, gay, or bisexual youth – are at an increased risk for substance use, including alcohol. A new study finds that discriminatory and stigmatizing experiences may be to blame. These results and others will be shared at the 44th annual scientific meeting of the Research Society on Alcoholism (RSA), which due to the COVID-19 pandemic will be held virtually this year from the 19th – 23rd of June 2021.

An electroencephalogram (EEG) study of adolescents with autism spectrum disorder (ASD) identified a neural signal that may help explain the variation of how those with ASD perceive or understand the mental states of others (called “Theory of Mind”).

According to a qualitative study published in JAMA Network Open adolescents expressed feelings of helplessness when exposed to secondhand racism online. Specifically, adolescents described helplessness stemming from the pervasiveness of racism in our society. 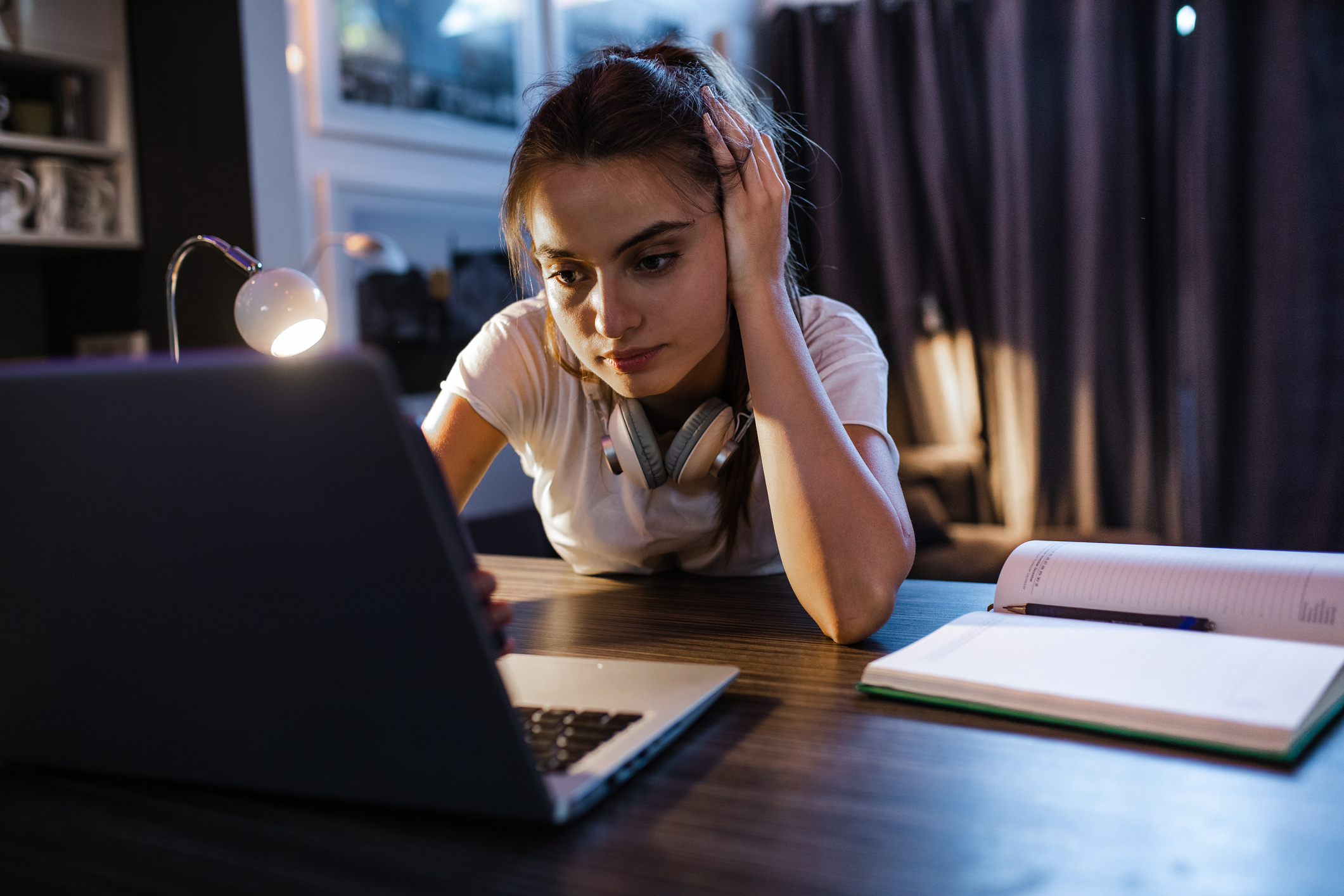 A new study led by a University of Miami Miller School of Medicine researcher underscores the importance of screening adolescents with hearing loss for depression and anxiety.

During the COVID-19 pandemic, Johns Hopkins Medicine Media Relations is focused on disseminating current, accurate and useful information to the public via the media. As part of that effort, we are distributing our “COVID-19 Tip Sheet: Story Ideas from Johns Hopkins” every other Wednesday.

The University of New Hampshire’s Outdoor Behavioral Healthcare Center will receive $2.97 million in grants to conduct a first-of-its-kind randomized study looking at the effectiveness of outdoor behavioral health (OBH), or wilderness therapy, a prescriptive treatment for teens struggling with depression, anxiety and substance use disorders. 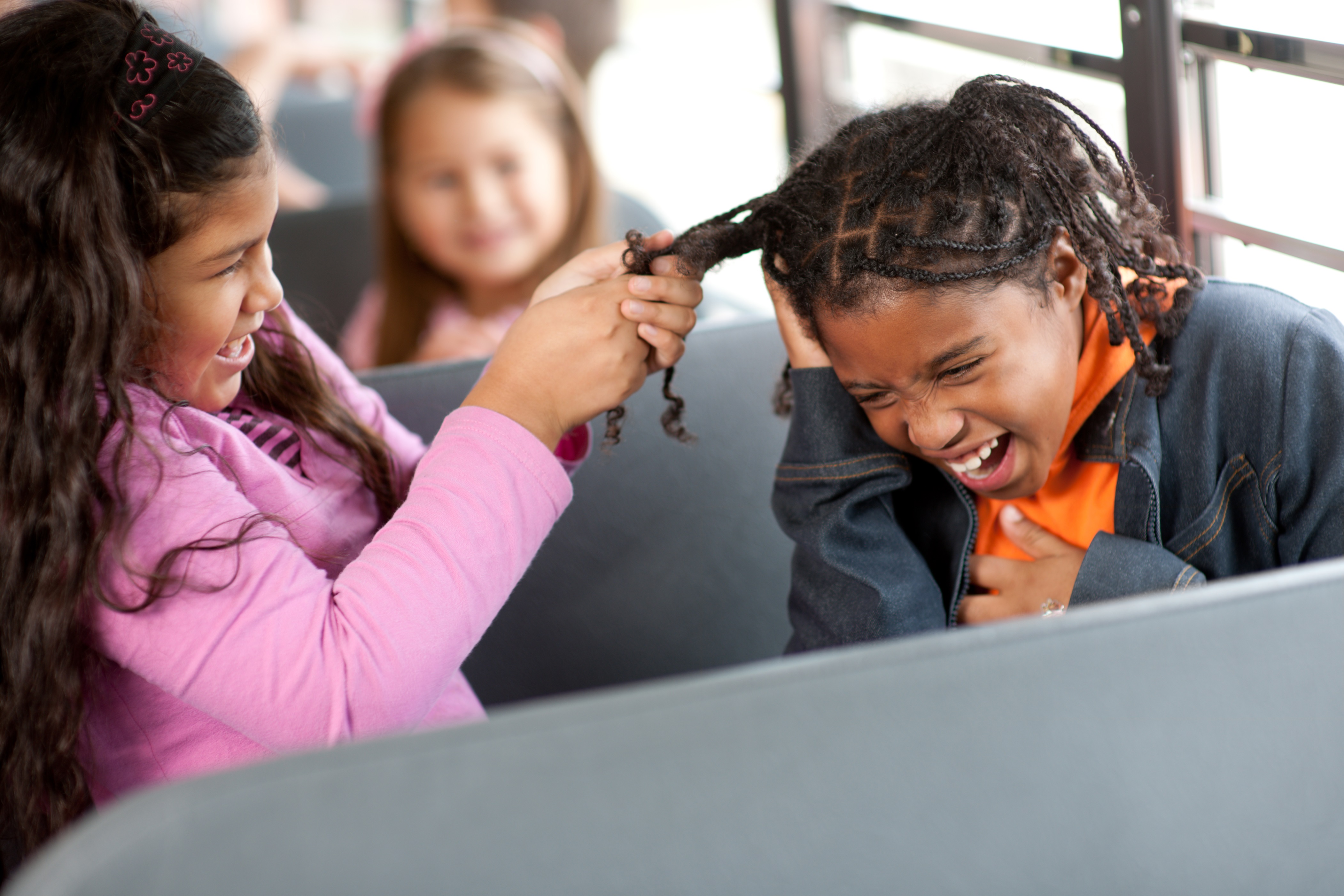 While it’s logical to assume that children who are mean have friendships characterized by growing strife and that children who are nice report little of the same, these assumptions haven’t been tested in the real-world friendships. A study of elementary-school children is the first to examine the extent to which being “nice” and being “mean” shape changes in friend perceptions of their relationship. Results confirm the widespread assumption that one child’s behavioral traits drive the other child’s friendship experiences.

As National Depression and Mental Health Screening Month comes to a close, and health officials warn of a difficult pandemic winter ahead, it’s important for parents to know how to identify symptoms of depression in their teenagers — and what… 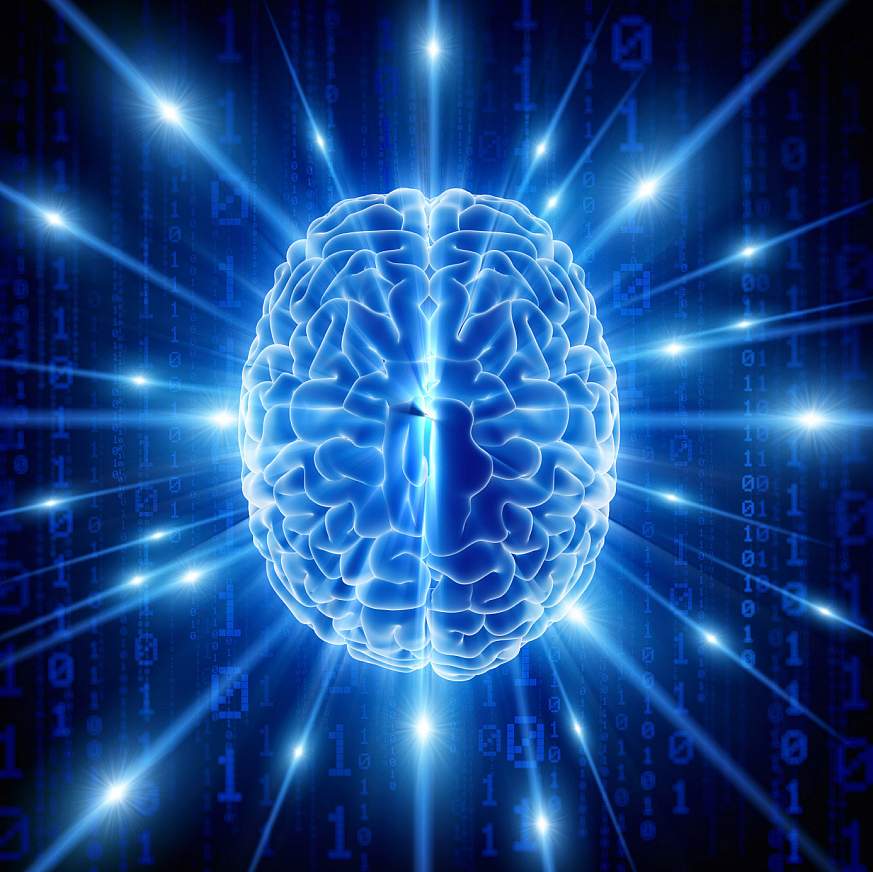 Aerobic exercise clearly benefits young adults with major depression, and a Rutgers-led study suggests it may be possible to predict those who would benefit from behavioral therapy with exercise. Unique to this precision medicine study, published in the journal Psychological Medicine, is an assessment of cognitive control and reward-related brain activity, two facets of brain function that are impaired in people with depression. Like previous studies, this one showed that aerobic exercise helps young adults with major depression. 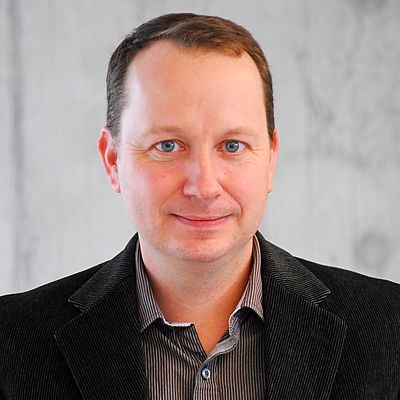 America’s youth have historically been excluded from using public spaces how they want, in addition to being left out of design discussions. Including them in this process will have long-term societal benefits, according to an Iowa State University researcher.

A study of over 4 million children and adolescents in the U.S. enrolled in Medicaid found that those who rely on urgent care centers for more than a third of their outpatient health care needs had fewer visits to primary care providers. This may result in missed opportunities for preventative services, such as vaccinations, and identification and management of chronic conditions, such as obesity or asthma. Findings were published in JAMA Network Open.

Researchers interviewed hundreds of older adolescents in California shortly before their transition from the foster care system. Their use of mental health services is elevated, but not their sense that they feel prepared to manage their mental health.

Compared to young children, teenagers and young adults living and learning at home during the COVID-19 crisis may be feeling the loss of social connections and life experiences while struggling to manage their time. 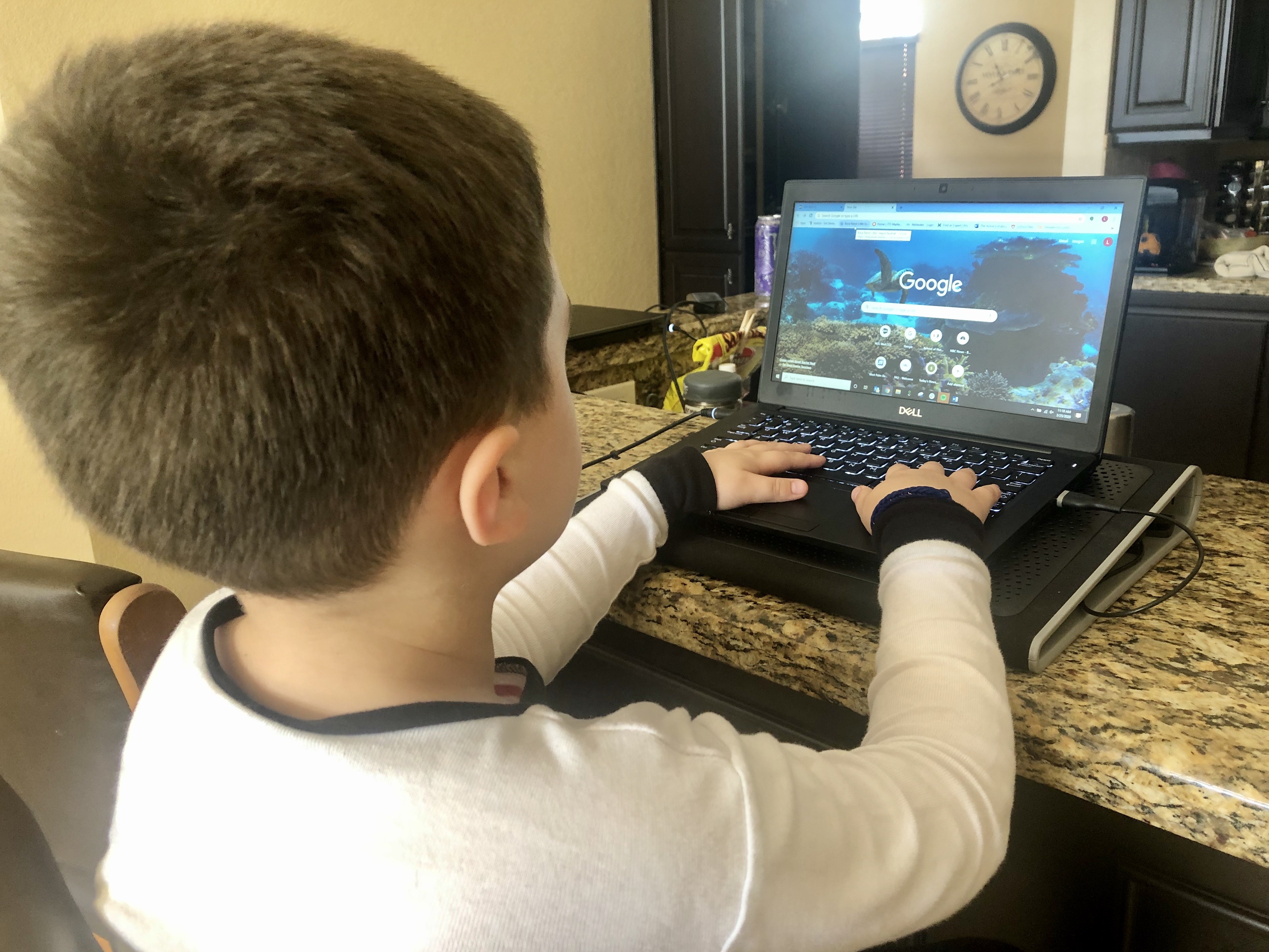 School districts nationwide are now providing K-12 education online. Stuck at home all day, students will be using apps even more than they already do, which could cause an increase in cyberbullying among youth. Many cyberbullying targets will hesitate to get help from their parents and will suffer silently because they can’t readily stop by the guidance counselor’s office or chat with a teacher after class. A cyberbullying expert provides important tips and advice for teachers and parents.

A study of national dietary trends over 18 years finds some improvements in the diets of U.S. children, but the majority still have a poor-quality diet. Disparities persisted or even worsened, finds the study published in JAMA and led by researchers at Tufts.

The Reward Positivity (∆RewP) event-related potential (ERP), generally quantified as the difference between neural responsiveness to monetary gains (RewP-Gain) and losses (RewP-Loss) is commonly used as an index of neural reward responsiveness. Despite the popularity of this ERP component in… 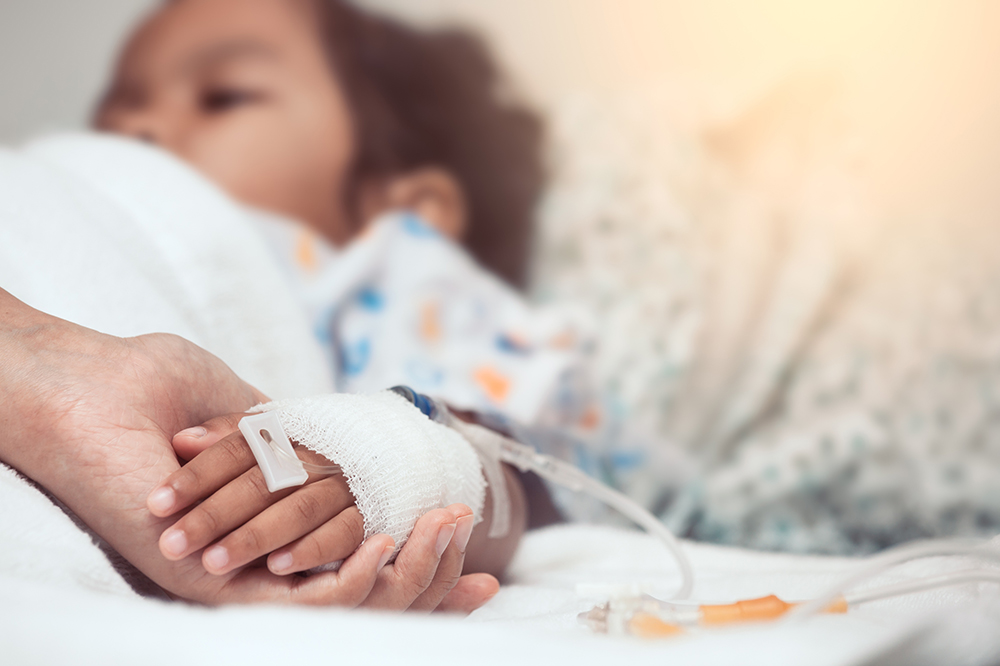 Racial and ethnic minority children and adolescents with cancer have a higher risk of death than non-Hispanic white children and adolescents, with evidence for larger disparities in survival for more treatable cancers, finds a new study from the Brown School at Washington University in St. Louis.“The results suggest that there are modifiable racial and ethnic disparities in childhood cancer survival,” said Kim Johnson, associate professor and senior author of “Associations Between Race/Ethnicity and US Childhood and Adolescent Cancer Survival by Treatment Amenability,” published Feb.

A study led by Jennifer Hoffmann, MD, from Ann & Robert H. Lurie Children’s Hospital of Chicago, found that higher county-level poverty is associated with increased youth suicide rates among children 5-19 years old in the United States in 2007-2016. Children and adolescents from counties where 20 percent or more of the population lives below the federal poverty level were 37 percent more likely to die by suicide, compared to communities with the lowest poverty concentration. Youth suicide by firearms was 87 percent more likely in areas with the highest poverty levels. Findings were published in JAMA Pediatrics.

Telling youth not to “sext” doesn’t seem to be reducing the prevalence of them sharing nude photos or videos. A national sample of about 5,000 youth ages 12 to 17 showed 14 percent had sent and 23 percent had received sexually explicit images. Researchers say it’s time to teach teens ‘safe’ sexting and provide important tips to avoid significant and long-term consequences, such as humiliation, extortion, victimization, school sanction, reputational damage, and even criminal charges.

In studies, younger age at first alcohol use has been associated with later alcohol problems in adult life, including heavy drinking and alcohol use disorder. That is the reason why around the world, as in the Netherlands, a key aim of alcohol policy is to postpone the age at first alcohol use. In a report published in the journal Alcoholism: Clinical and Experimental Research, researchers from the Netherlands have investigated whether age of drinking onset is a risk factor for alcohol intoxication among adolescents aged under 18 years.

An innovative study finds that sodium and potassium levels—reflections of a person’s typical diet—may be predictors of future depression in teens. The first-of-its-kind study is published in Physiological Reports.