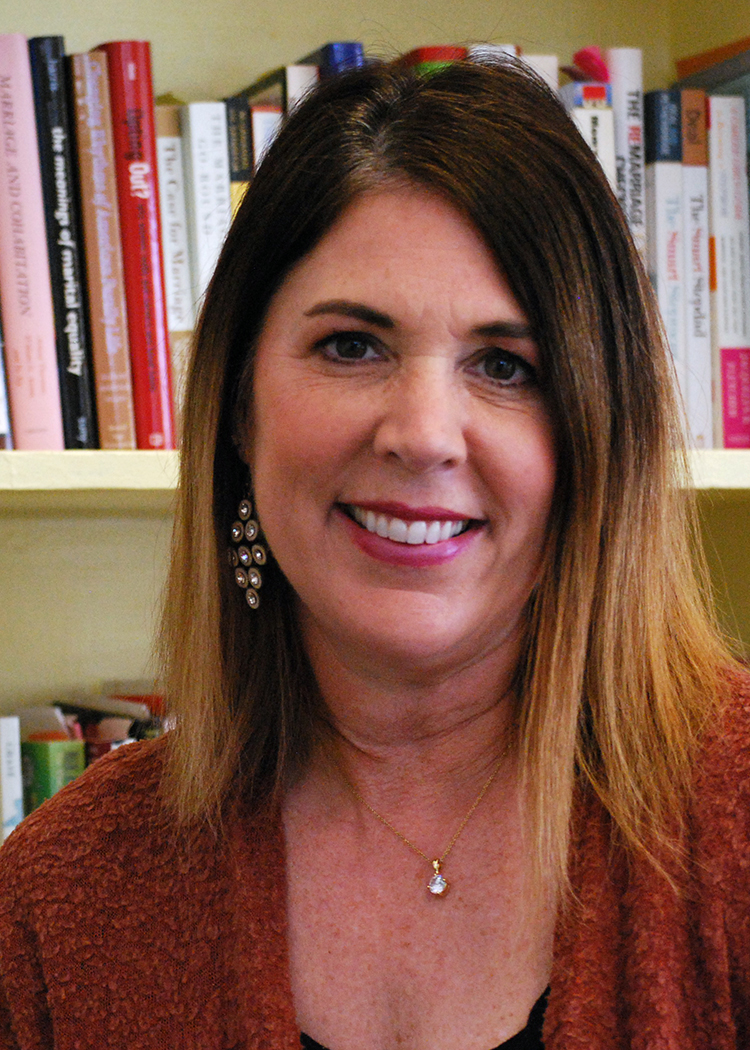 In a new study, nearly two-thirds of female participants reported drinking more since the beginning of the COVID-19 pandemic, including increases in daily drinking, drinking earlier in the day, and binge drinking.

The amount of alcohol an individual consumes on a given day, and the consequences of that drinking, vary according to their motives for drinking. The findings are from a study among young adults reported in Alcoholism: Clinical and Experimental Research. ‘High-intensity’ drinking, defined as 8+ drinks for women or 10+ drinks for men (i.e. twice the binge-drinking threshold), is a particularly risky level of drinking that is common among young adults. Because individuals may engage in high-intensity drinking on some days but not others, identifying risk factors for high-intensity drinking on a given day is critical for developing real-time interventions to reduce harm. Drinking motives – a person’s reasons for using alcohol – are known to be linked to alcohol use at a particular time, and also vary across drinking days. Certain motives, for example those related to enjoying the feeling of intoxication or enhancing the fun of a gathering, have been previously linked to higher alcohol con

Risky drinking often co-occurs with maladaptive eating in young adults, according to a study reported in Alcoholism: Clinical and Experimental Research. While previous research had suggested a link between heavy alcohol use and obesity-related factors in college students, the latest study aimed to identify specific profiles of problematic drinking, food addiction, and obesity within a more diverse sample of community-dwelling young people. The researchers also explored shared theoretical risk factors for heavy drinking and overeating, and how these differ across the profiles. Calorie-dense food and alcohol both require little effort to obtain and consume, and each generates immediate and potent experiences of reward in the brain. According to ‘reinforcer pathology’ theory, people who place a high value (‘demand’) on unhealthy items, and who also favor small immediate rewards (such as food and alcohol) over larger delayed rewards (such as health), are at highest risk for overconsumption

Researchers have identified a causal link between binge drinking and circadian clock genes in a brain region previously implicated in hazardous alcohol use. Binge drinking is a common and harmful pattern of alcohol use, responsible for more than half of alcohol-related deaths. There is already robust evidence that genes involved in controlling circadian rhythm — the body’s natural processes that follow a 24 hour light/dark cycle — are associated with hazardous drinking and alcohol abuse. However, it is not known which areas of the brain mediate the clock genes’ effects on drinking. A brain region known as the nucleus accumbens shell (NAcSh) is already noted for its role in risky drinking; the region forms part of the brain’s ‘reward system’, reinforcing the use of alcohol and other addictive substances by release of dopamine. In the new study, reported in Alcoholism: Clinical and Experimental Research, scientists investigated whether clock genes in the NAcSh are involved in regulating

People who report having low social support are substantially more likely to experience heavy drinking and binge drinking than those who feel more supported, a large European study suggests. The researchers also found strong evidence that risky drinking is associated with areas of residence. Although alcohol use is known to be linked to social, economic, and demographic factors, the research is incomplete; it is not clear to what extent some of these factors, especially environmental conditions, predict dangerous drinking. Investigators in Spain designed a study that was unusual in exploring both heavy drinking and binge drinking and both individual and contextual (environmental) factors. The study, in Alcoholism: Clinical & Experimental Research, confirmed individual risk factors and highlighted certain environmental conditions that may help target interventions for those at risk.

The University of Illinois Chicago has received $4.5 million in continuation funding from the National Institute on Alcohol Abuse and Alcoholism to support the UIC site of the national Neurobiology of Adolescent Drinking in Adulthood, or NADIA, consortium.

New study findings in mice suggest that repeated binge drinking increases the motivation to consume alcohol to excess. In humans, the pattern of drinking (as well as quantity consumed) can be an important indicator of future drink problems; in adolescents, for example, a binge-drinking pattern can predict development of alcohol use disorder (AUD). Studies using laboratory animals that have been selectively bred to drink alcohol (ethanol) in large amounts can provide valuable insights on problematic drinking patterns, using experimental approaches that would be impossible or unethical to apply in humans. Indeed, many important findings on responses to alcohol have been gained from animal studies, conducted to strict welfare guidelines. The latest study, reported in Alcoholism: Clinical and Experimental Research, examined two behaviors in mice that reflect their motivation to experience alcohol’s rewarding effects on the brain.

END_OF_DOCUMENT_TOKEN_TO_BE_REPLACED 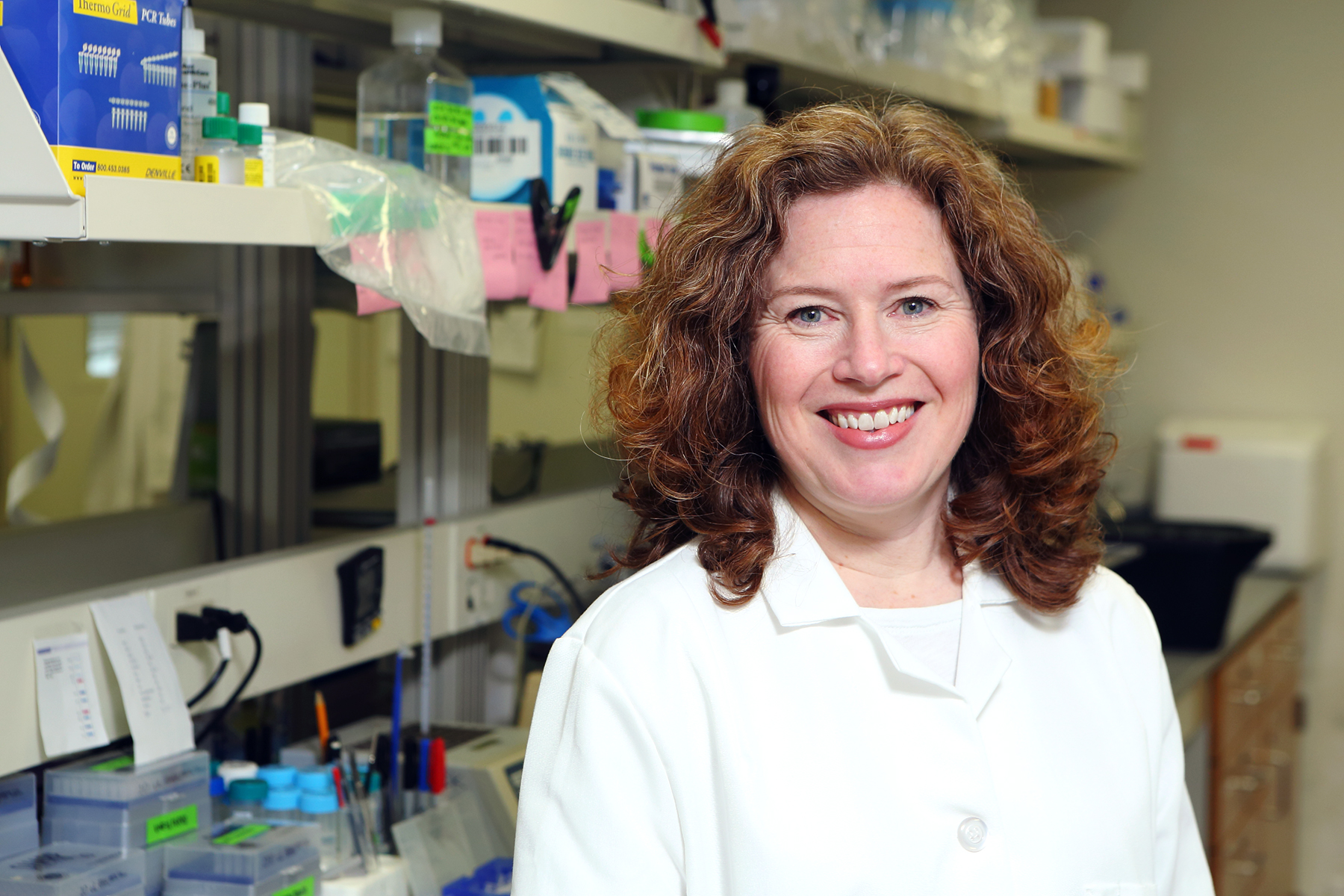 Researchers show that high estrogen levels may make alcohol more rewarding to female mice and reducing the number of estrogen receptors led to decreased drinking behavior, but only in female mice.

Female college students appear to be more affected by high alcohol use than men, which may lead to less interest in academics, according to new research including by faculty at Binghamton University, State University of New York.

END_OF_DOCUMENT_TOKEN_TO_BE_REPLACED 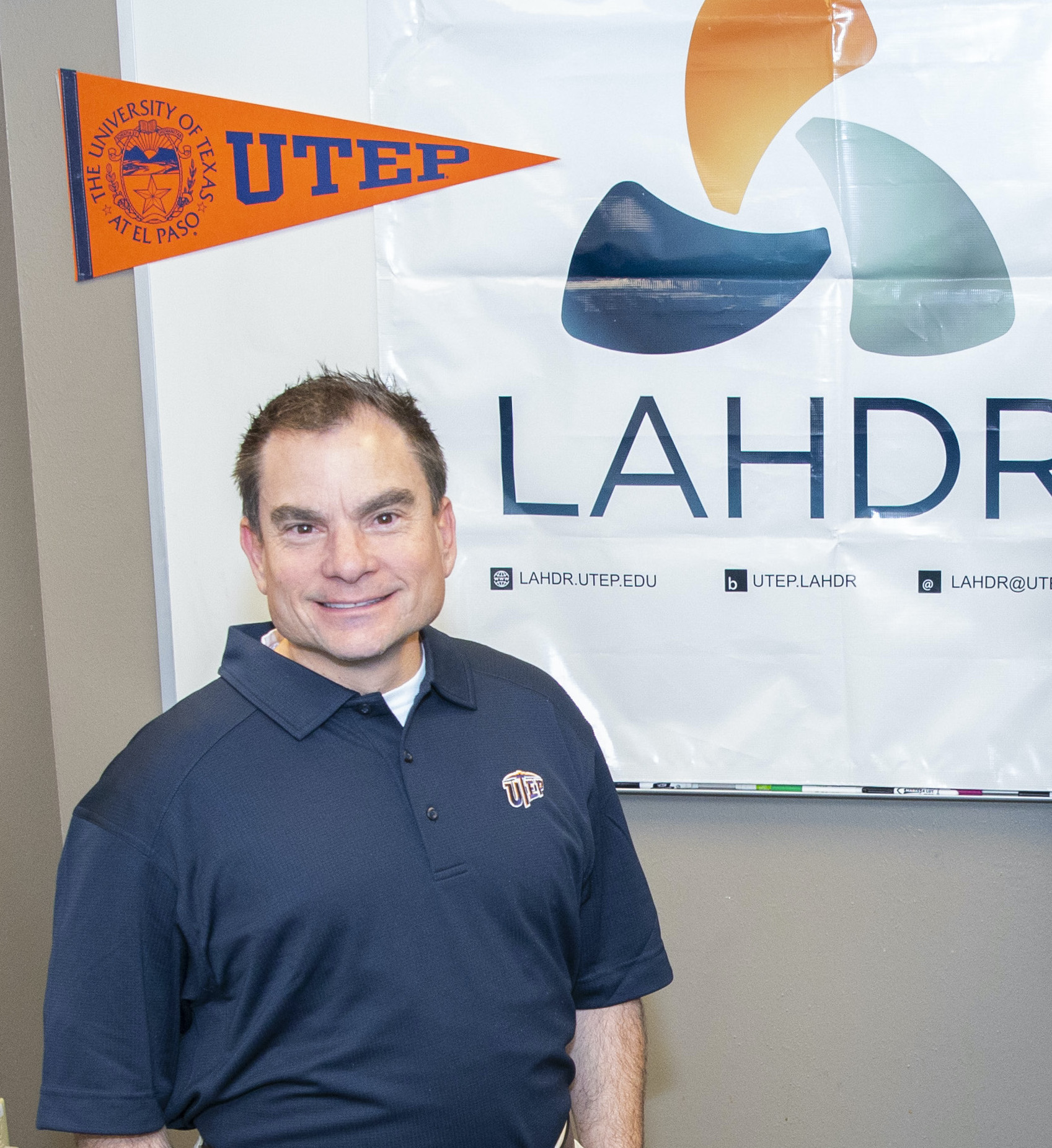 A new study at The University of Texas at El Paso will look at the psychological factors that led some Hispanic men to successfully change their heavy drinking behavior in order to help others make similar changes. The study begins during Alcohol Awareness Month.

A study published in the journal Alcoholism: Clinical and Experimental Research could inform efforts to prevent adolescents from escalating to harmful patterns of drinking. Binge drinking in adolescence has many short- and long-term heath consequences, including risk of future alcohol use disorder and potential for harm to the developing brain. The risks are greatest for those who binge frequently – at least once a week. A hallmark of binge drinking is a reduced capacity to control one’s alcohol intake, related to a neurological process of ‘inhibitory control’ involving several regions of the brain. In adolescents who have not yet started drinking, specific alterations in these brain responses have been linked to an increased risk of future alcohol and drug use; however, it was not known if there are changes that could predict escalation of alcohol use among those already drinking. Therefore, researchers from the University of California investigated whether abnormal brain patterns co

END_OF_DOCUMENT_TOKEN_TO_BE_REPLACED 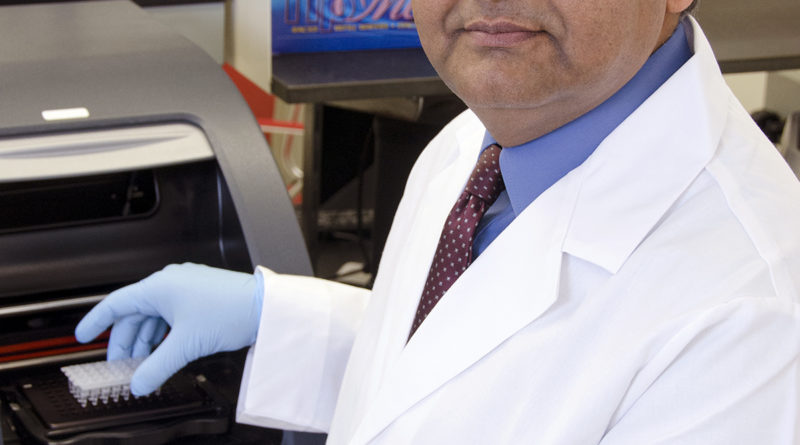 Intermittent exposure to high levels of alcohol in adolescent animals leads to increased levels of microRNA-137 in the brains of adults; blocking the molecule helps to reverse or reduce the lasting effects of youth drinking, such as increased alcohol use and anxiety.

END_OF_DOCUMENT_TOKEN_TO_BE_REPLACED 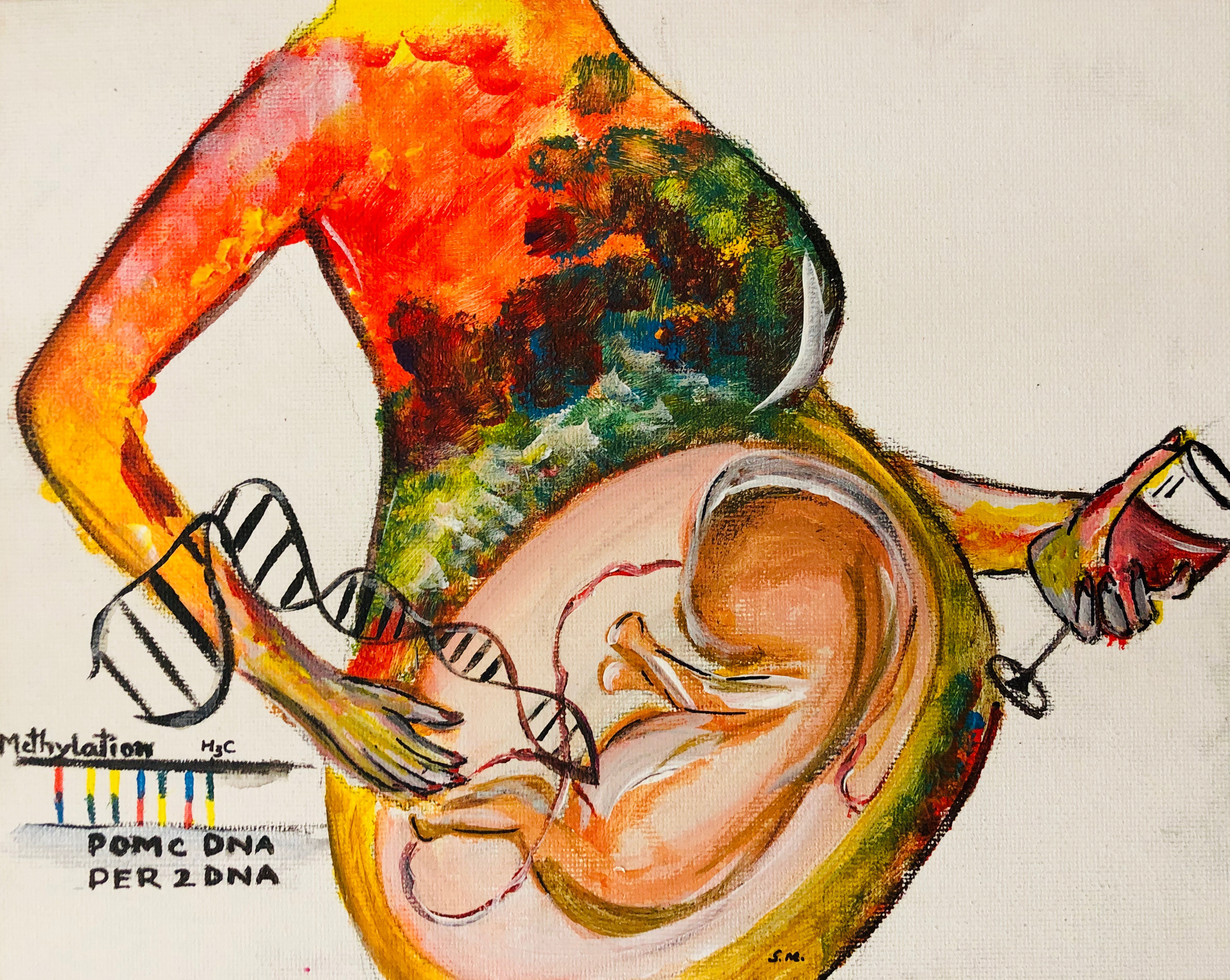