It’s often said that ‘from little things, big things grow’. Now, research at the University of South Australia is showing that the simple act of gardening can deliver unique learning experiences for primary school children, helping them engage with their curriculum while also encouraging a sustainable future.

From Little Red Riding Hood to the Ugly Duckling, fairy tales have long been read to children across the ages. Yet despite criticisms of being outdated and sexist, new research shows that fairy tales still hold an important place in primary education.

Women much more enthusiastically embraced the live chat function during pandemic Zoom classes than men, according to a new UNLV study. Researchers hope the data could be a key to broadening underrepresented groups’ access to STEM disciplines as colleges incorporate technology into hybrid and even in-person courses.

A new study by University at Albany researchers found that female educators experienced the COVID-19 pandemic more negatively than their male counterparts. The study, which was conducted by NYKids, a research-practice partnership housed within the University’s School of Education, adds to emerging research that is finding the pandemic had a disproportionate impact on women in the workforce, who have dropped out at much higher rates than men. 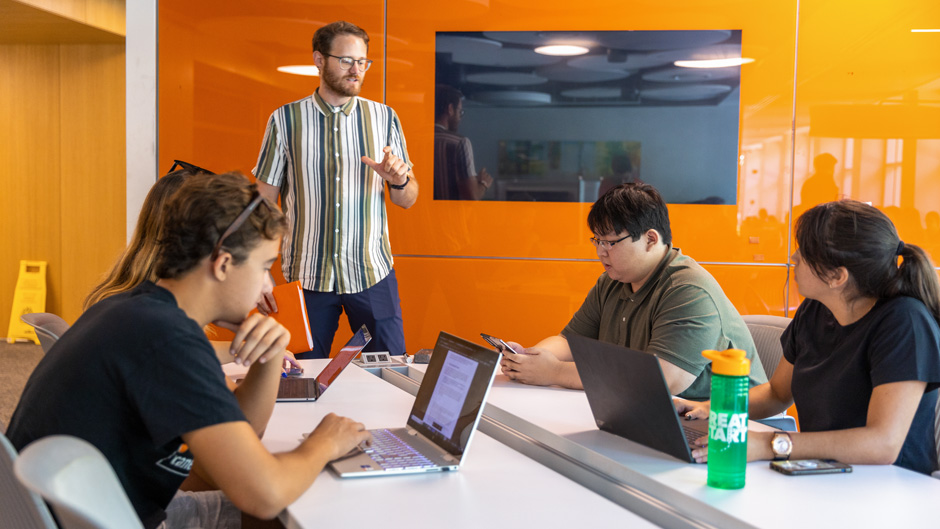 The University of Miami is offering its first cross-disciplinary course focused on climate resilience and taught by a variety of key faculty members from across the institution.

There’s no doubt that education lays the foundation for a child’s future success, but as teaching technologies continue to inundate classrooms – especially amid COVID-19 – educators at all levels are grappling to keep up with the latest demands and expectations.

Using an online, interactive discussion board helped increase student understanding and engagement in a large enrollment course, according to new research from The Ohio State University College of Nursing. Physiology educator-researchers will present their findings this week at the American Physiological Society (APS) Institute on Teaching and Learning in Madison, Wisconsin.

A lecturer from the Faculty of Education, Chulalongkorn University has developed a toy that instills a sense of compassion in children while teaching them to live happily with people with disabilities and the elderly in society.

For the first time in the UK, researchers have identified which teaching practices drive up exam results and how different class activities work better depending on the subject.

Australia has suffered a significant drop in teenage maths proficiency in the past 20 years – sliding from 11th in the OECD rankings to 29th place out of 38 countries, prompting widespread debate over potential curriculum changes. One University of South Australia researcher says hand gestures could stop the slide. 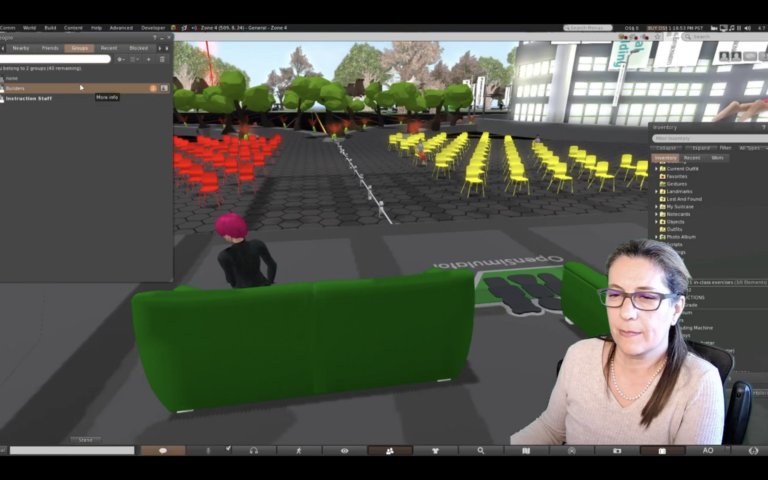 Cristina Lopes, UCI Chancellor’s Professor of informatics, sits in a courtyard waiting as her students slowly trickle into class. In front of them is a series of large objects: the topic of today’s lecture. Lopes reaches out and touches a yellow cylinder floating in front of her, and the object is instantly replaced with a complex line of code. 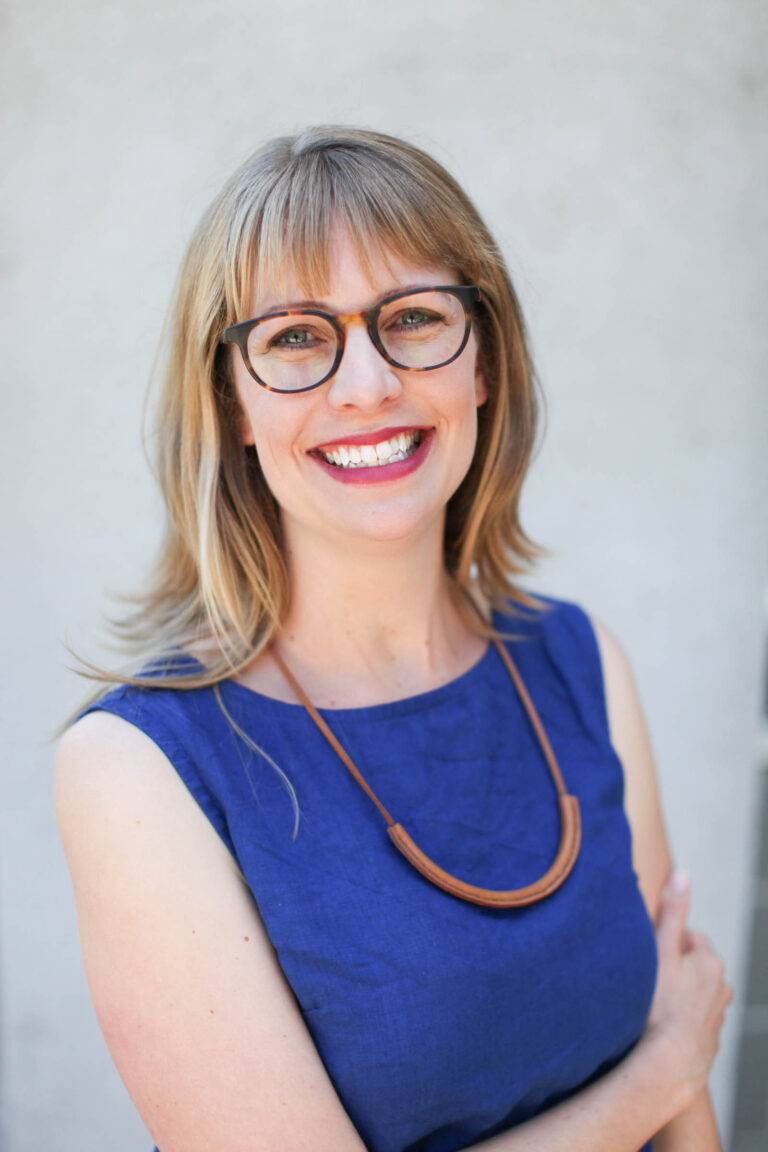 Irvine, Calif., May 11, 2021 — Emily Penner, an assistant professor of education at the University of California, Irvine, has been named a William T. Grant Scholar to explore what makes a high school ethnic studies teacher effective. The five-year, $350,000 award supports promising early-career researchers with interests in reducing inequality or improving the use of research evidence. 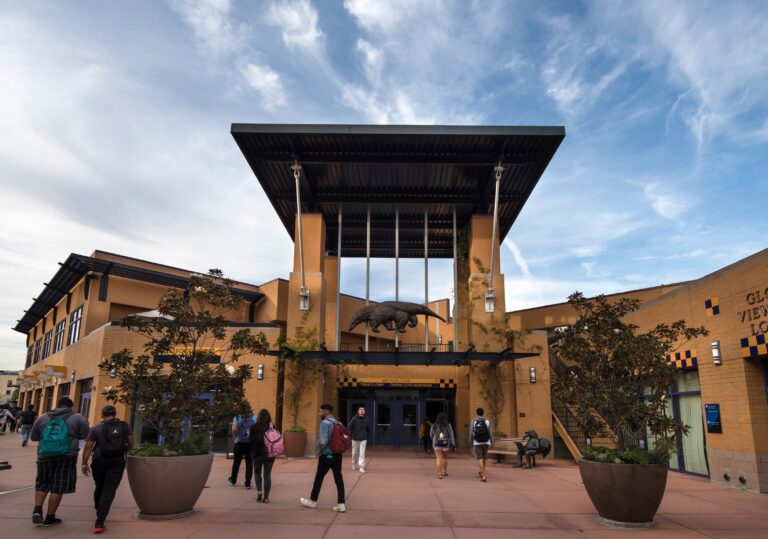 Irvine, Calif., April 20, 2021 — Taking what it has learned from remote work and learning practices over the past 15 months, the University of California, Irvine will begin instituting back-to-campus plans for employees and students that will include hybrid workplaces and flexible coursework. The transition back to campus will be managed in phases starting July 1, with the university being fully operational in person by Sept.

A new $1.5 million grant awarded to faculty at Binghamton University, State University of New York could help improve makerspace learning for youths and help them find support during moments of failure. 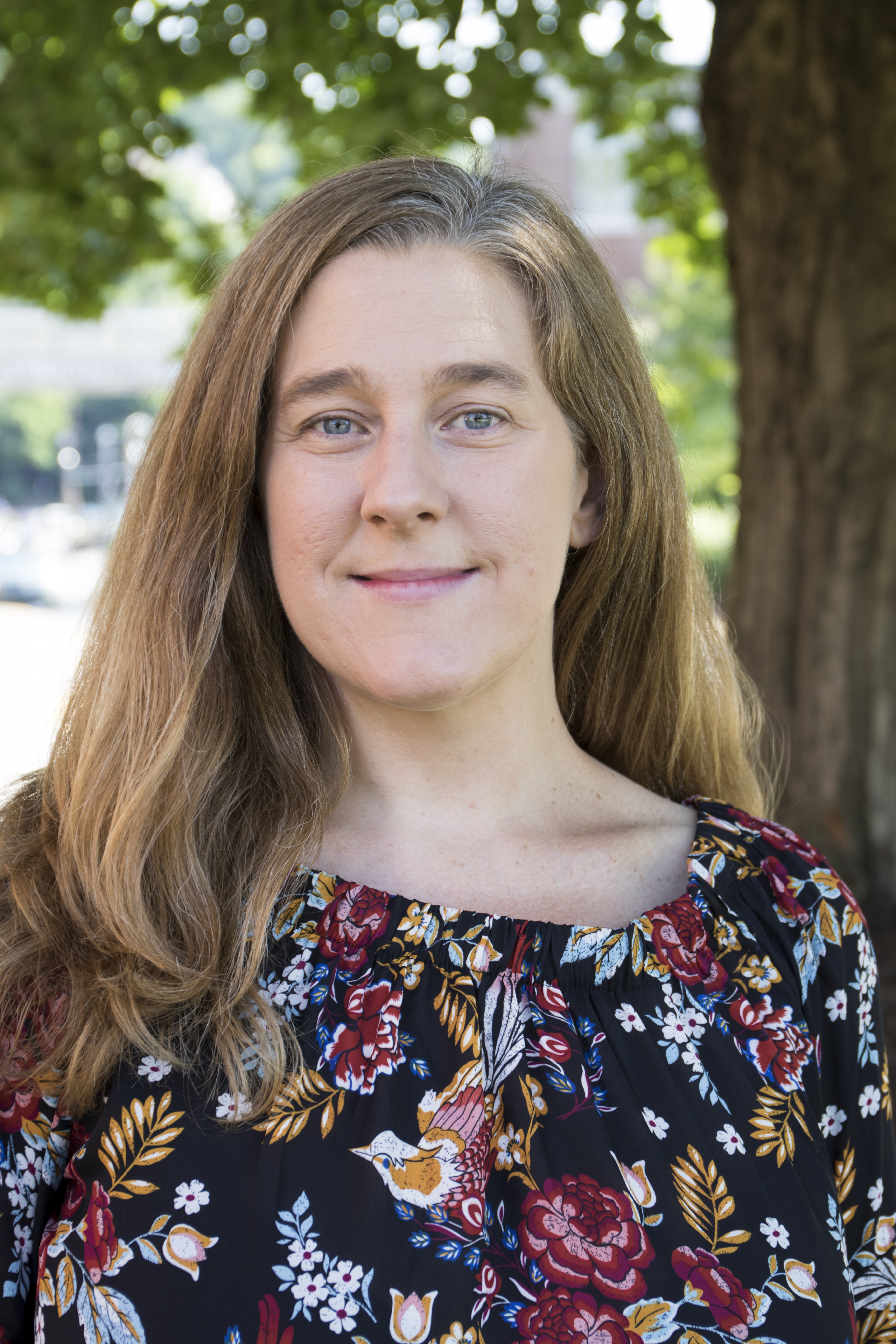 The Eberly College of Arts and Sciences at West Virginia University has named recipients for its 2020-2021 awards for faculty and staff. 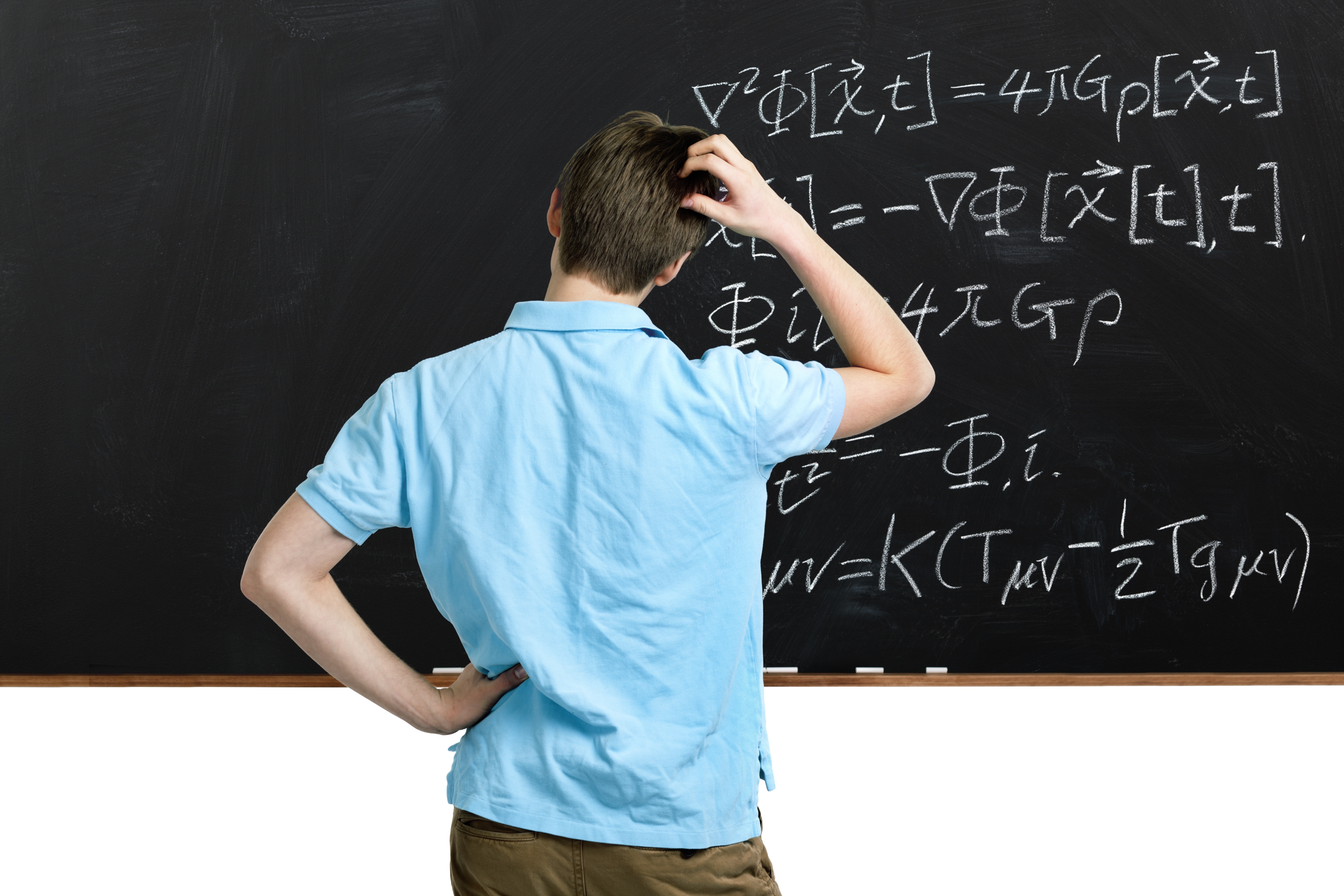 A research professor gives a “shout out” to comedian Stephen Colbert. His motivation? Colbert previously referred to mathematical equations as the devil’s sentences and an unnatural commingling of letters and numbers – the worst being the quadratic equation – an infernal salad of numbers, letters and symbols. In response, the professor suggests that mathematics education needs to be enlivened so that students will recognize that this discipline is not merely a necessary evil, but a vibrant, exciting and fascinating subject. 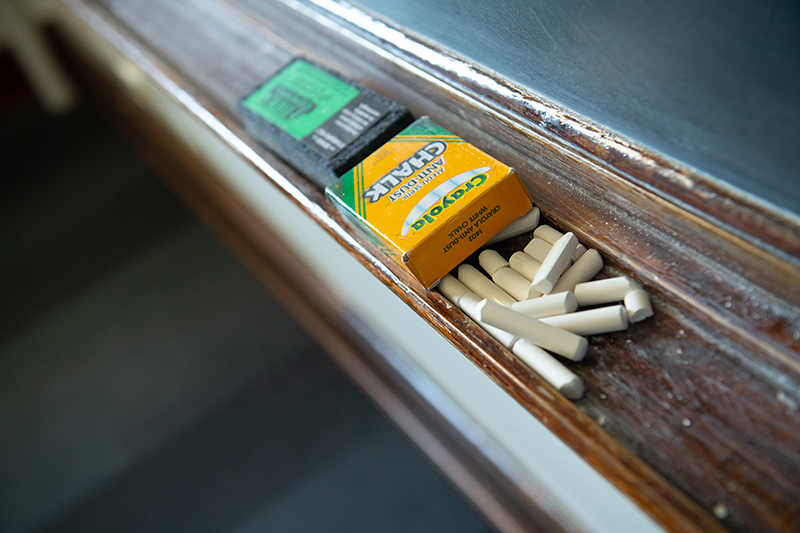 Teachers with at least five hours allotted for weekly science instruction are more likely to implement hands-on, inquiry-oriented teaching — a 21st century approach to science teaching lauded by science and education experts — in their classrooms.

The American Educational Research Association (AERA) and the Organisation for Economic Co-operation and Development (OECD) will hold an interactive policy forum on “Measuring Teaching at a Global Scale—Policy Perspectives on the Findings from the Global Teaching InSights Video Study” at 9:30-11:00 am EST, Tuesday, November 24.

Ann Murphy, director of the Northeast and Caribbean Mental Health Technology Transfer Center at Rutgers School of Health Professions, who has been providing training for school personnel, discusses how teachers, with the help of school administrators, can manage stress and anxiety during these unpredictable times. The initial launch of the national initiative, which is called “Crossing Latinidades,” is supported by a $150,000 grant from The Andrew W. Mellon Foundation to the department of Latin American and Latino studies and the Office of Diversity at UIC.

This fall presents a challenge for parents as their kids adjust to a school year unlike any other. Matthew McConn, chair of the Department of Teaching, Learning, and Educational Leadership at Binghamton University, State University of New York, has advice… When musical theater and visual arts summer camps went online at the University of Alabama at Birmingham this summer, staff did not know what to expect. The award-winning camps, presented by UAB’s ArtPlay, are always popular, to the point of selling out all available spaces. Despite the teachers’ fears, campers and their parents loved the new virtual camps. 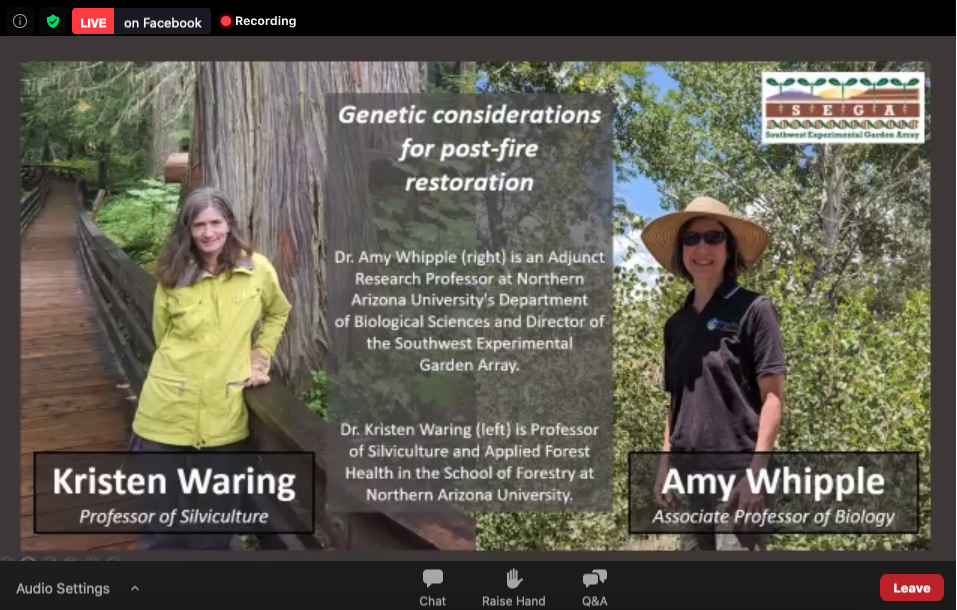 As higher education pivots to online instruction, the CSU leads the way in exploring and implementing innovative new approaches to teaching, learning and engagement … all with an eye on student success.

In our series, The ECS Community Adapts and Advances, Jerry Woodall shares insights from his long career working in industry and academia. An inventor and scientist, Jerry is best known for developing the first commercially-viable red LEDs used in automobile brake lights and traffic lights, CD/DVD players, TV remote controls, and computer networks. He received the US National Medal of Technology and Innovation for “his pioneering role in the research and development of compound semiconductor materials and devices.” Currently Distinguished Professor of Electrical and Computer Engineering at the University of California, Davis (UC Davis), Jerry served as ECS President from 1990-1991. ECS awarded Jerry the Electronics Division Award (1980), Solid State Science and Technology Award (1985), Edward Goodrich Acheson Award (1998), and named him a Fellow of The Electrochemical Society (1992). The CSU is preparing students to be effective and resilient crisis responders for the Golden State.

Educators could use the COVID-19 outbreak to help middle-schoolers better understand the world, according to new research from faculty at Binghamton University, State University of New York. 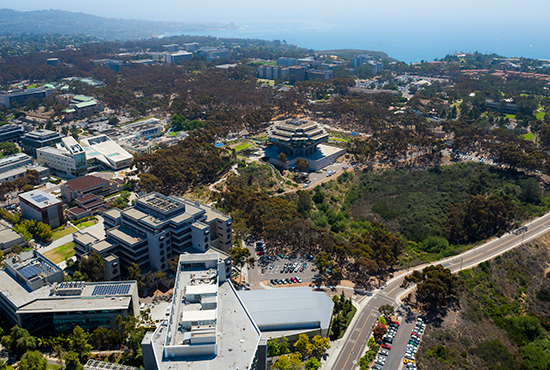 The University of California San Diego today announced the next step in its Return to Learn program, which will guide an incremental repopulation of the campus while offering broad, asymptomatic testing for faculty, staff and students on a recurring basis to detect the presence of SARS-CoV-2, the novel coronavirus that causes COVID-19. The University of Illinois at Chicago has been named one of six new members of the Center for the Integration of Research, Teaching and Learning, or CIRTL, an academic network of top research universities devoted to developing and expanding proven STEM teaching practices to educate diverse populations of students.

Irvine, Calif., April 22, 2020 – On this Earth Day, the United Nations is announcing the start of a new environmental education program for the world’s 1.5 billion youth who are confined to their homes to prevent the spread of COVID-19 and unable to physically attend school. Earth School – sponsored by the United Nations Environment Programme and TED-Ed and supported by numerous global organizations such as UNESCO, the National Geographic Society and the World Wildlife Fund – will include teaching modules developed and delivered by faculty from three University of California, Irvine schools. With New York State schools shut down for the foreseeable future because of the coronavirus pandemic, parents with school-age children are now adding teaching to their list of parental duties. For most parents, this may be an unfamiliar role. Wendy Paterson,…

A free online course to help faculty members and instructional staff who must teach remotely during the coronavirus pandemic has been launched by three units in higher education that specialize in digital learning. With more than 10,600 of the nation’s public and private schools temporarily closing in response to the novel coronavirus (COVID-19), low-income students are disproportionally impacted. Many families rely on schools to provide child care and meals while the adults are…

As the adage goes, “Choose a job you love, and you’ll never work a day in your life.” The CSU is lucky to be replete with faculty and staff across its 23 campuses who’ve found their true calling. And for those who work with them—whether students or colleagues—that dedication to education is infectious.
Read on to hear how faculty and staff at nine CSU campuses fell head over heels for their discipline. In a little over two weeks, more than three million Australian students will return to school, ready to start a new year. But, amid the packed lunches and book bags, many may also be returning with a sense of anxiety and confusion in the aftermath of Australia’s devastating bushfires.

A University of California, Irvine public health professor hailed for his international research achievements is part of an $85 million effort to detect and respond to the threat of infectious diseases on a global scale. UC Presidential Chair Oladele “Dele” Ogunseitan has joined the executive team of the One Health Workforce – Next Generation project, which is based at UC Davis’ One Health Institute and supported by the U.