Scientists have invented a first-of-its-kind instrument to peer deeply into billions of Twitter posts–providing an unprecedented, minute-by-minute view of popularity, from rising political movements, to K-pop, to emerging diseases. The tool–called the Storywrangler–gathers phrases across 150 different languages, analyzing the rise and fall of ideas and stories, each day, among people around the world. The Storywrangler quantifies collective attention.

The University of Illinois Chicago will celebrate the start of construction on a 135,000-square-foot, multi-use computer science and engineering building with a groundbreaking ceremony on July 15.

Conversations between seriously ill people, their families and palliative care specialists lead to better quality-of-life. Understanding what happens during these conversations – and how they vary by cultural, clinical, and situational contexts – is essential to guide healthcare communication improvement efforts. To gain true understanding, new methods to study conversations in large, inclusive, and multi-site epidemiological studies are required. A new computer model offers an automated and valid tool for such large-scale scientific analyses. 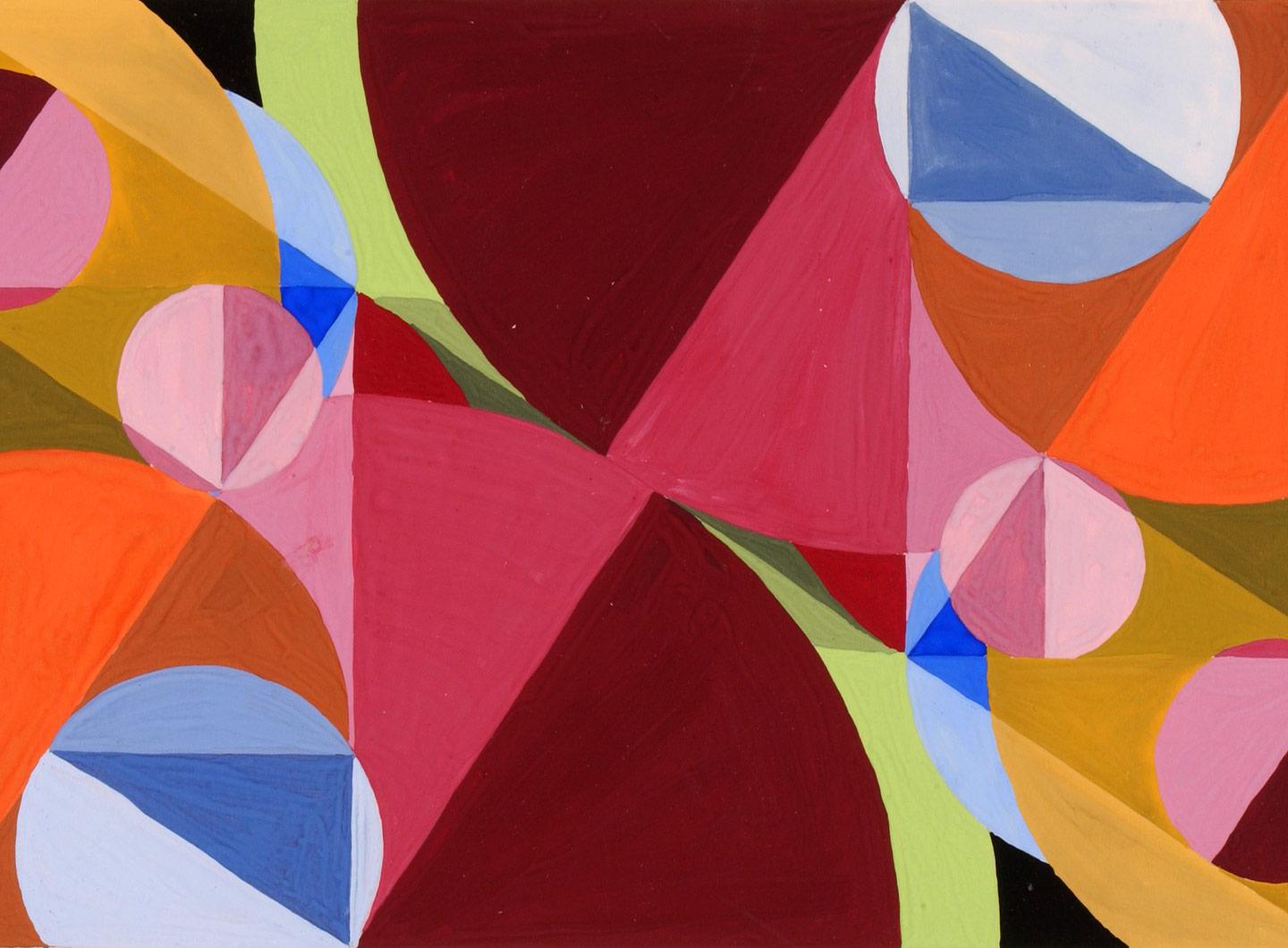 Do you like the thick brush strokes and soft color palettes of an impressionist painting such as those by Claude Monet? Or do you prefer the bold colors and abstract shapes of a Rothko?

The Mathematics and Computer Sciences Division of the Council on Undergraduate Research announces the 2021 recipients of its Faculty Mentor Awards, which honor mentors for their success in mentoring undergraduate researchers.

At Boston University, a team of researchers is working to better understand how language and speech is processed in the brain, and how to best rehabilitate people who have lost their ability to communicate due to brain damage caused by a stroke, trauma, or another type of brain injury.

“From the Desk of Donald J. Trump,” a blog that the former president launched after getting banned from social media sites like Facebook and Twitter, has shut down after just a month. According to Binghamton University computer science professor Jeremy…

Via a virtual public poster session on April 28, undergraduate researchers from colleges and universities in 42 states and the District of Columbia will share their research projects in the 2021 Posters on the Hill event, sponsored by the Council on Undergraduate Research.

A University of Washington-led team has developed a method that uses the camera on a person’s smartphone or computer to take their pulse and breathing rate from a real-time video of their face. 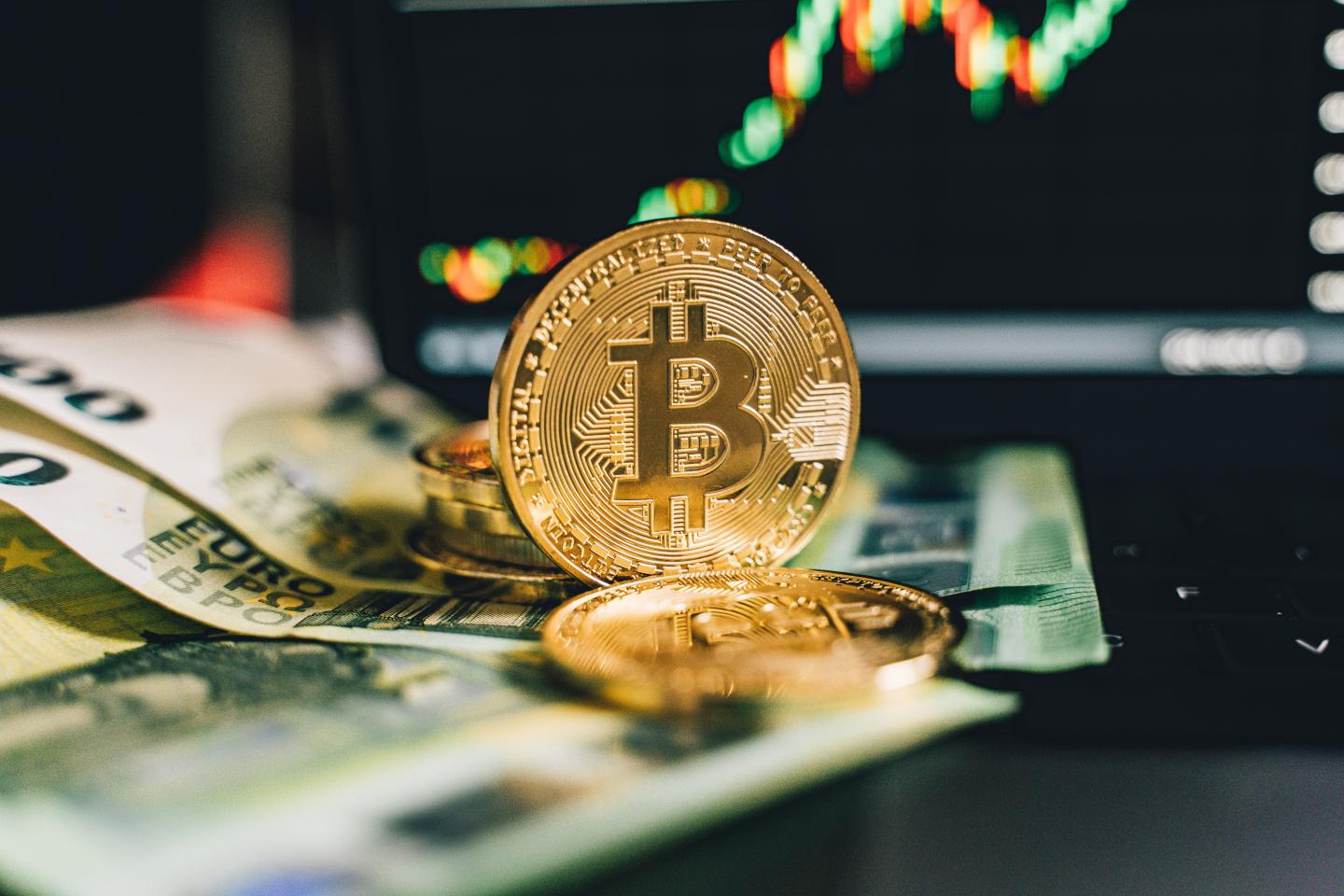 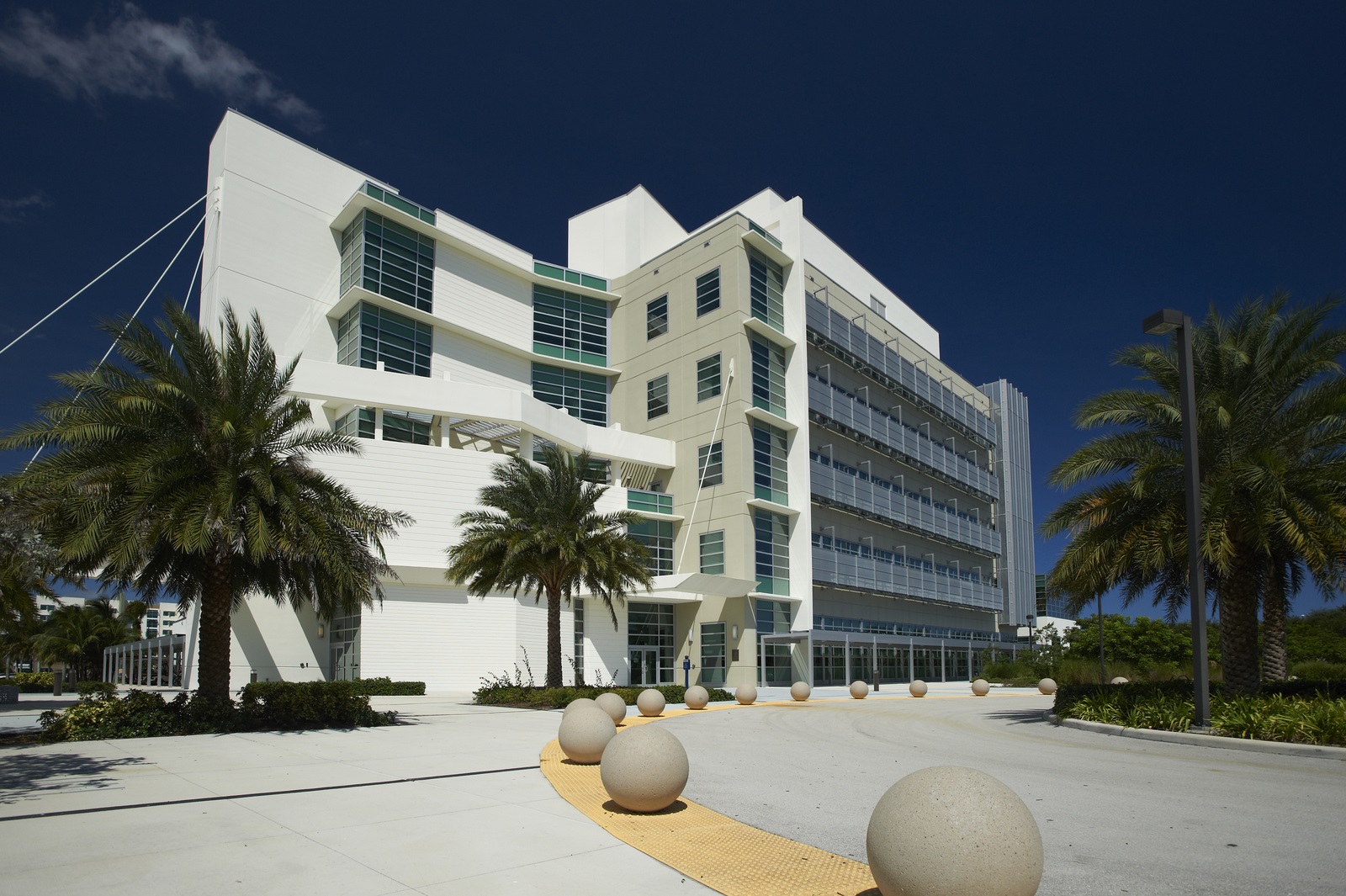 To rapidly advance the field of artificial intelligence and autonomy, FAU’s College of Engineering and Computer Science recently unveiled its “Center for Connected Autonomy and Artificial Intelligence.”

A recent study outlines a range of privacy concerns related to the programs users interact with when using Amazon’s voice-activated assistant, Alexa. Issues range from misleading privacy policies to the ability of third-parties to change the code of their programs after receiving Amazon approval.

Babies whose births were depicted in Bollywood films from the 1950s and 60s were more often than not boys; in today’s films, boy and girl newborns are about evenly split. In the 50s and 60s, dowries were socially acceptable; today, not so much.

The National Academy of Inventors (NAI) recently named 61 academic inventors to the 2021 class of senior members. Among them is Professor Lijun Yin from Binghamton University’s Thomas J. Watson College of Engineering and Applied Science. 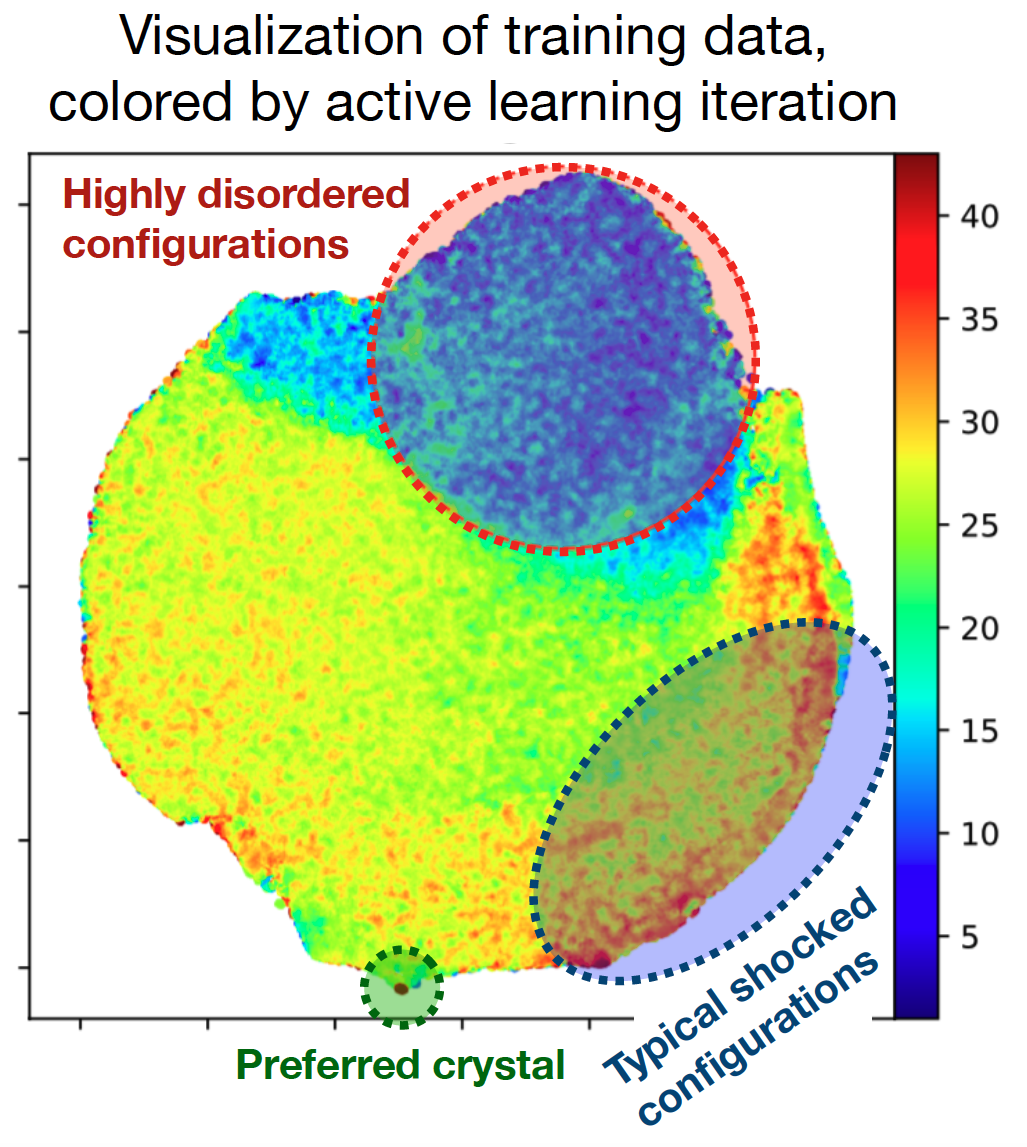 A revolutionary machine-learning (ML) approach to simulate the motions of atoms in materials such as aluminum is described in this week’s Nature Communications journal.

Scientists have designed and built an on-demand video device for white-faced saki monkeys to activate as and when they like. It’s up to the animals to decide whether they want to step inside the device – the equivalent of pressing play – to watch the video of the week, from sealife like fish and jellyfish to wiggly worms and other zoo animals to abstract art and lush forests.

The U.S. Air Force and the Department of Energy’s Oak Ridge National Laboratory launched a new high-performance weather forecasting computer system that will provide a platform for some of the most advanced weather modeling in the world. 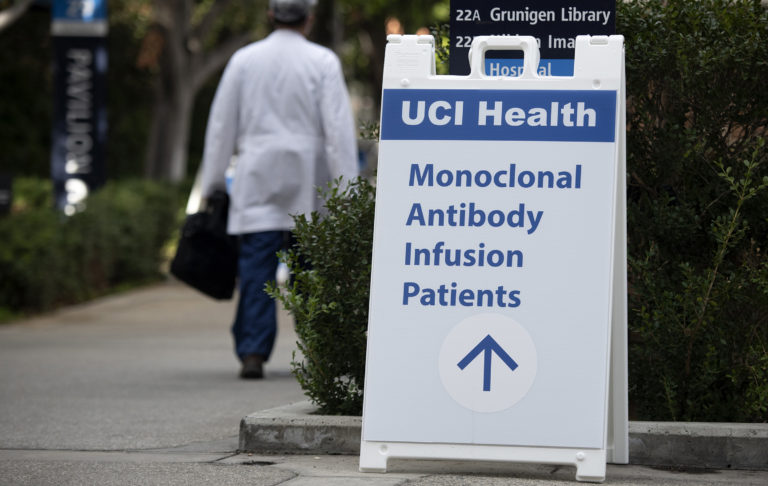 Irvine, Calif., Feb. 9, 2021 — Monoclonal antibodies are showing promise for improving outcomes for COVID-19 patients, but when a hospital is already beyond capacity, administering them can be a challenge. As hospitalizations soared across California, clinicians with UCI Health created a system for delivering monoclonal antibodies that is keeping hospital beds available for patients with the greatest need.

Using patient data, artificial intelligence can make a 90 percent accurate assessment of whether a person will die from COVID-19 or not, according to new research at the University of Copenhagen.

Thirty funded postdoctoral scholarships announced by Queen’s University Belfast are set to provide a unique opportunity to explore the challenges of Artificial intelligence (AI) for every area of science and society.

New research carried out by City data scientist, Dr Andrea Baronchelli, and colleagues, into the dark web marketplace (DWM) trade in products related to COVID-19, has revealed the need for the continuous monitoring of dark web marketplaces (DWMs), especially in light of the current shortage and availability of coronavirus vaccines. 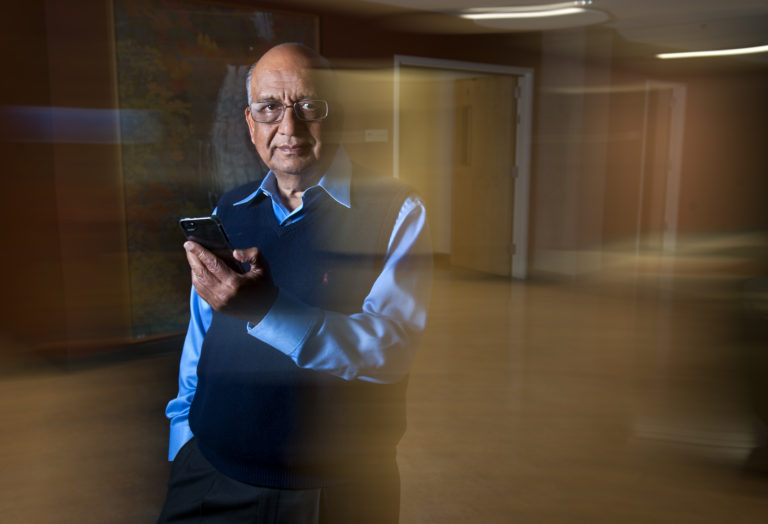 Irvine, Calif., Feb. 4, 2021 — A newly established Institute for Future Health at the University of California, Irvine will combine research and clinical work to address the movement toward a more personalized healthcare model. The institute aims to integrate lifestyle, community, environment and socioeconomic factors in conjunction with biomedical and clinical knowledge to radically transform health systems away from hospitals and clinics and into the hands of each individual.

A new deep-learning model that can predict how human genes and medicines will interact has identified at least 10 compounds that may hold promise as treatments for COVID-19.

While deplatforming (shutting down  social media platforms) can be effective in reducing users and content produced, it’s not a long-term solution for what is a very complex issue, according to Jeremy Blackburn, assistant professor of computer science at Binghamton University,…

A Tokyo Tech research team led by Specially Appointed Professor Takuya Oda of the Institute of Innovative Research and Professor Keisuke Tanaka of the School of Computing, in collaboration with Mitsubishi Electric Corporation, has developed a new technology an original blockchain[1] technology that can optimize peer-to-peer (P2P) energy trading[2].

Mutations that occur in certain DNA regions, called tandem repeats, may play a significant role in autism spectrum disorders, according to research led by Melissa Gymrek, assistant professor in the UC San Diego Department of Computer Science and Engineering and School of Medicine. The study, which was published in Nature on Jan. 14, was co-authored by UCLA professor of human genetics Kirk Lohmueller and highlights the contributions these understudied mutations can make to disease.

In recent news, archivists have saved content by users on the social media platform Parler, which was booted by big tech companies like Apple and Amazon. Those posts largely revolve around support for Donald Trump and his efforts during the… Forty years of the Office of Science’s investments in applied mathematics and computational sciences are paying off in world-class infrastructure and research, as described in the [email protected] report.

We are fascinated by machines that can control cars, compose symphonies, or defeat people at chess, Go, or Jeopardy! Irvine, Calif., Jan. 5, 2021 — Scientists at the University of California, Irvine have developed a new deep-learning framework that predicts gene regulation at the single-cell level. Deep learning, a family of machine-learning methods based on artificial neural networks, has revolutionized applications such as image interpretation, natural language processing and autonomous driving.

Scientists have developed a machine-learning method that crunches massive amounts of data to help determine which existing medications could improve outcomes in diseases for which they are not prescribed. 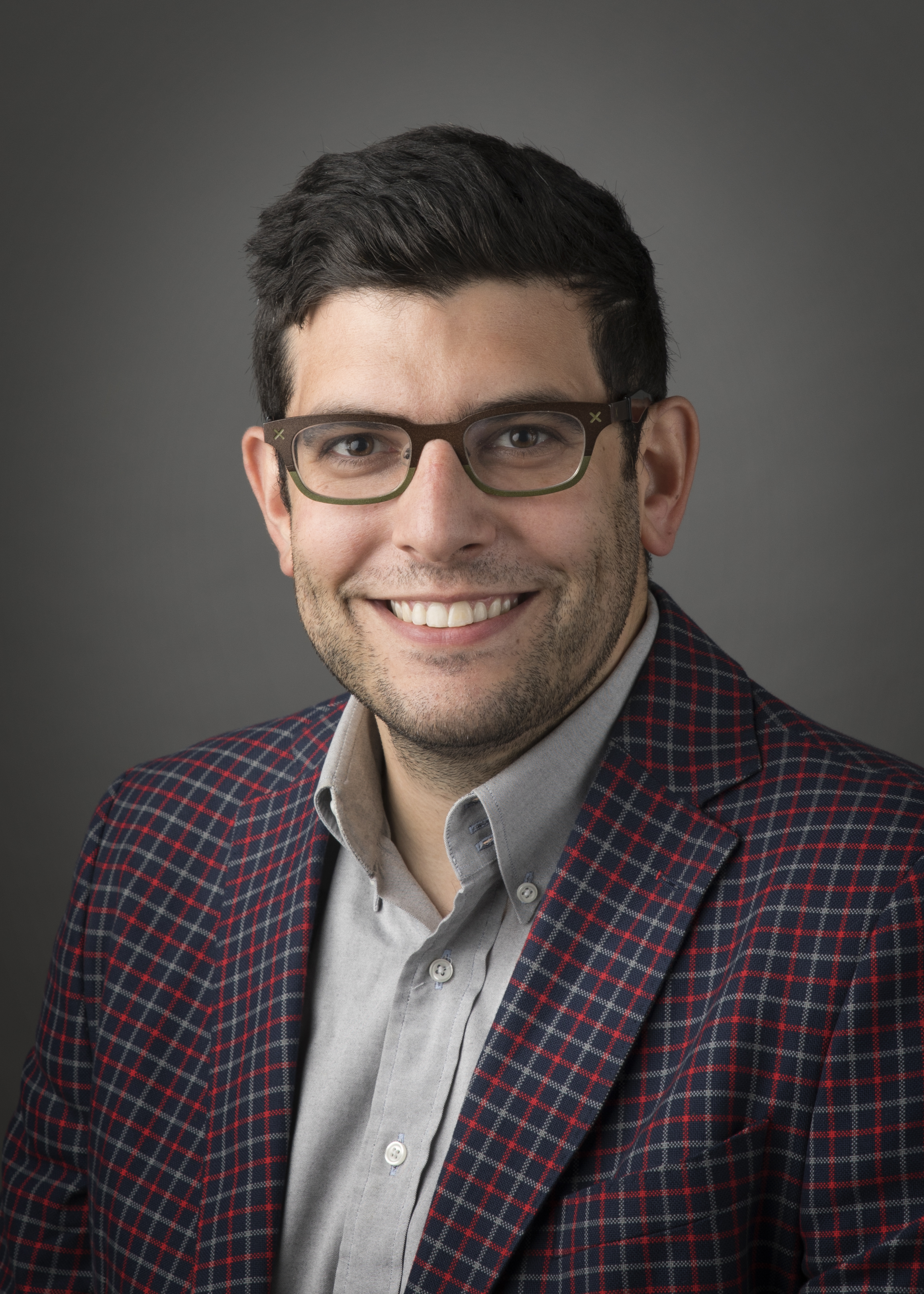 The students in David Zabner’s Block 3 Cornell College class, Database Technologies for Analytics, built skills for the future as they welcomed visitors to their online classroom. 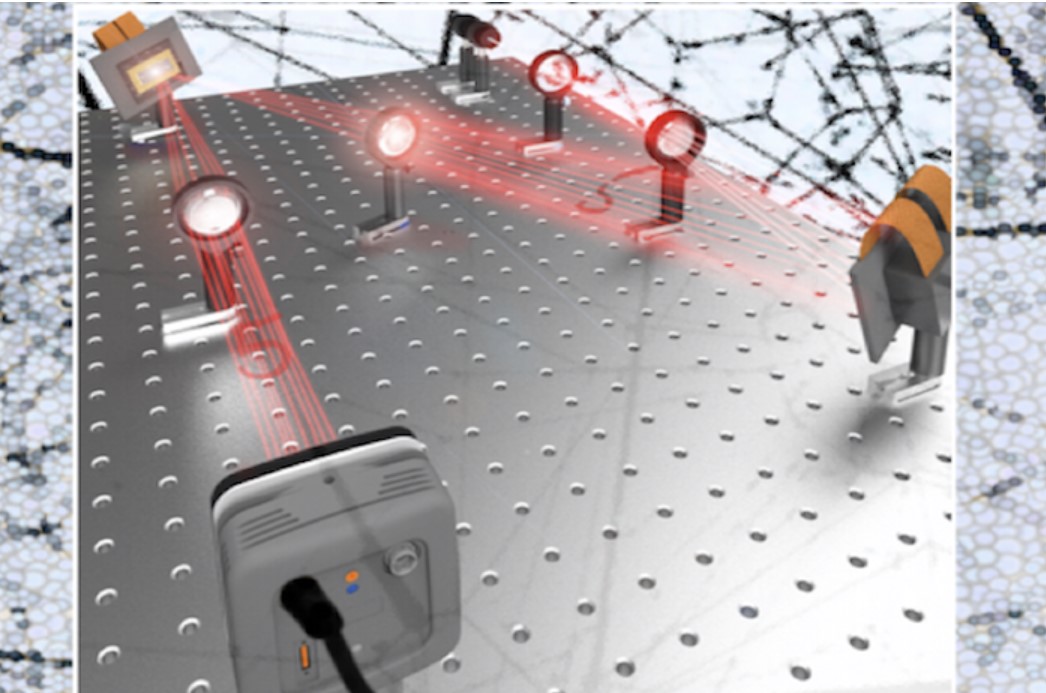 SUMMARYResearchers at the George Washington University, together with researchers at the University of California, Los Angeles, and the deep-tech venture startup Optelligence LLC, have developed an optical convolutional neural network accelerator capable of processing large amounts of information, on the… Irvine, Calif., Dec. 17, 2020 —University of California, Irvine health sciences researchers have created a machine-learning model to predict the probability that a COVID-19 patient will need a ventilator or ICU care. The tool is free and available online for any healthcare organization to use. “The goal is to give an earlier alert to clinicians to identify patients who may be vulnerable at the onset,” said Daniel S.

As Covid-19 infections soar across the U.S., some states are tightening restrictions and reinstituting quarantine measures to slow the virus’ spread. Charles Darwin’s landmark opus, On the Origin of the Species, ends with a beautiful summary of his theory of evolution, “There is a grandeur in this view of life, with its several powers, having been originally breathed into a few forms or into one; and that, whilst this planet has gone cycling on according to the fixed law of gravity, from so simple a beginning endless forms most beautiful and most wonderful have been, and are being, evolved. A new mathematical method developed by Cornell University researchers can inject fairness into the fraught process of political redistricting – and proves that it takes more than good intent to create a fair and representative district. Currently, there are over 10 million confirmed cases and more than 240,000 casualties attributed to COVID-19 in the U.S. Current research and applications in the field of artificial intelligence (AI) include several key challenges.

University of Washington and Microsoft researchers have developed a DNA-based molecular tagging system. 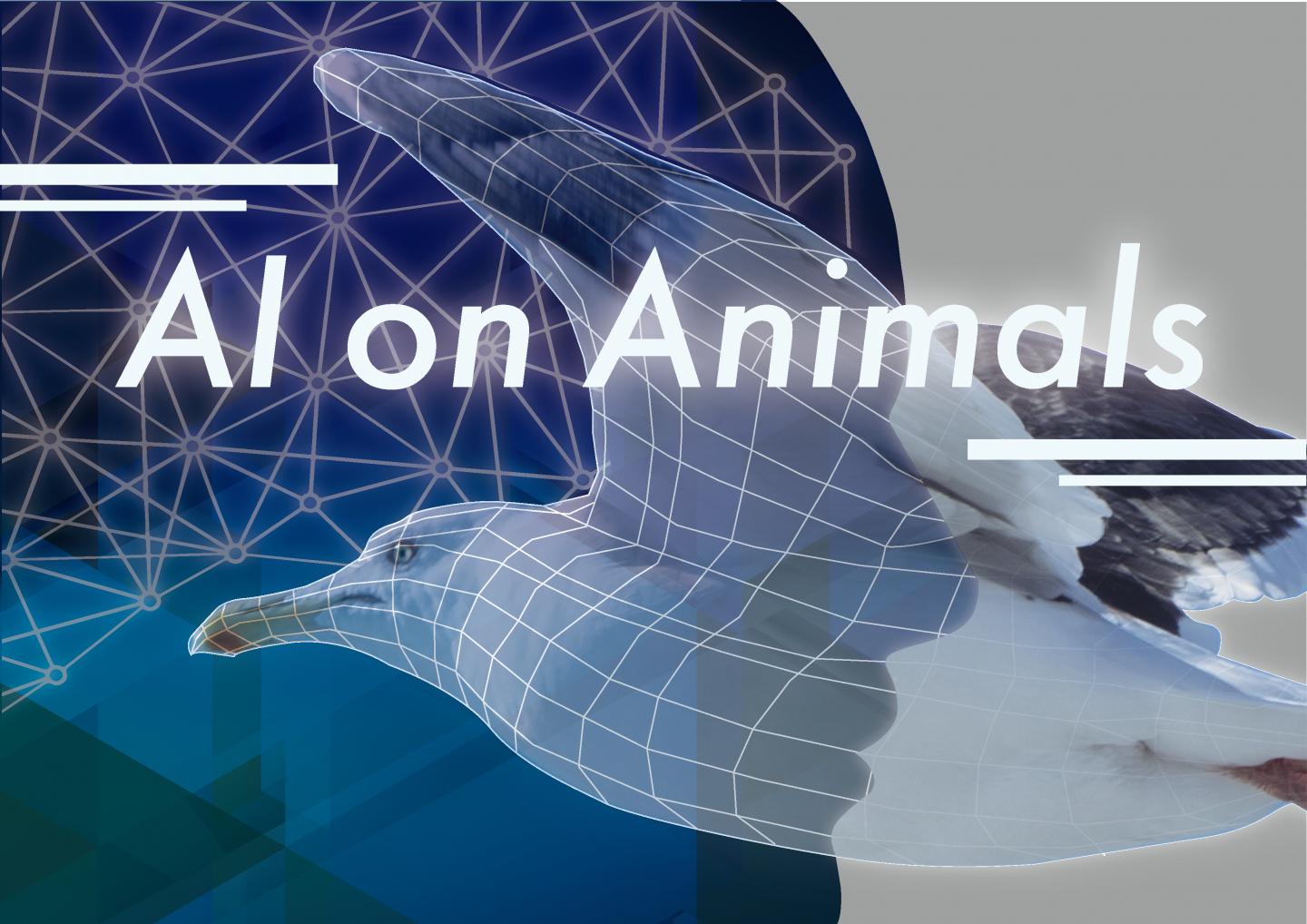 A research team from Osaka University has developed an innovative new animal-borne data-collection system that, guided by artificial intelligence (AI), has led to the witnessing of previously unreported foraging behaviors in seabirds. UW researchers have developed SoundWatch, a smartwatch app for deaf, Deaf and hard-of-hearing people who want to be aware of nearby sounds.

Researchers from Binghamton University have teamed up with Intel to develop a tool called FakeCatcher, which can detect deepfake videos at an accuracy rate above 90%. An underground search and rescue robot, a lunar habitat, and an automated system for topping up wine barrels are among the more than 250 innovative future technology projects being showcased in this year’s Ingenuity 2020 expo at the University of Adelaide, online from Tuesday 27 October.