Argonne researchers are mapping the complex tangle of the brain’s connections — a connectome — by developing applications that will find their stride in the advent of exascale computing.

An experiment to study gravity at the quantum scale, insights into an antibiotic-building enzyme, and the backstory of an incredible new protein prediction algorithm are featured in this month’s roundup of science highlights.

Argonne, industry and academia collaborate to bring innovative AI and simulation tools to the COVID-19 battlefront.

Naked RNA molecules are too floppy for high-res 3D imaging, but a system developed at SLAC and Stanford fixes that. It reveals detailed RNA structures from a pond scum critter and COVID-19 virus.

Naked RNA molecules are too floppy for high-res 3D imaging, but a system developed at SLAC and Stanford fixes that. It reveals detailed RNA structures from a pond scum critter and COVID-19 virus.

Scientists using the Advanced Photon Source have discovered that a drug used to fight tumors in animals might be effective against many types of coronaviruses, including SARS-CoV-2.

Scientists from three national labs have published a comprehensive study that – alongside other recent, complementary studies of coronavirus proteins and genetics – represents the first step toward developing treatments for COVID-19.

Two teams of researchers using the Advanced Photon Source identified existing drugs — one used to treat cancer, the other an anti-seizure medication — that may work as treatments for COVID-19.

This study investigates how the nucleocapsid protein, or N protein, of the SARS-CoV-2 virus packages the viral genome.

Researchers have developed antibodies that can bind to phosphohistidine, an unstable molecule that’s linked to cancer. To learn how the two bind together, the team turned to the powerful X-rays at Argonne’s Advanced Photon Source. These new insights into its structure will help scientists design better antibodies for potential treatments.

Scientists from around the world will come together virtually to celebrate the 50th anniversary of a key piece of the infrastructure for sharing scientific knowledge: the Protein Data Bank (PDB). The event will be hosted by the American Society for Biochemistry and Molecular Biology on May 4–5, 2021. 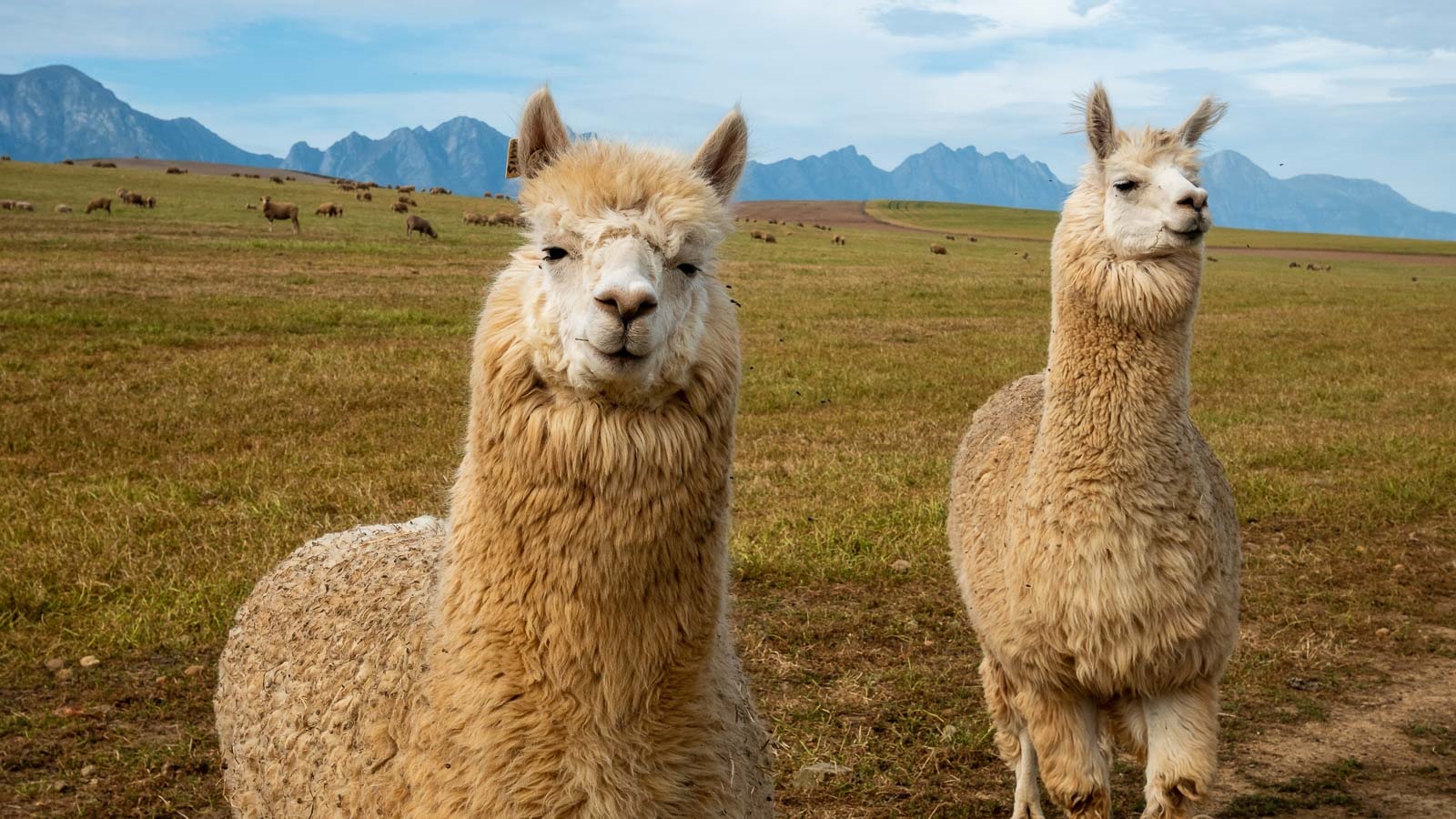 As the fight against COVID-19 continues, scientists have turned to an unlikely source for a potentially effective treatment: tiny antibodies naturally generated by llamas. 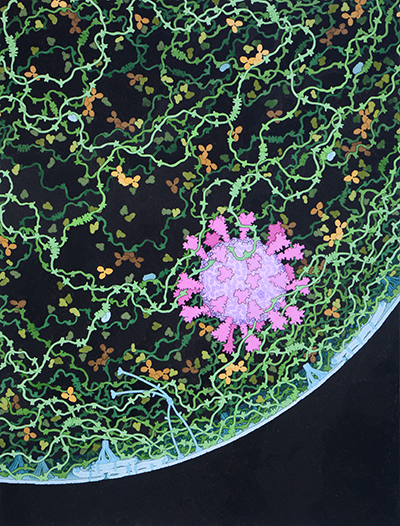 New Brunswick, N.J. (March 3, 2021) – The 3D structures of more than 1,000 SARS-CoV-2 coronavirus proteins are freely available from the RCSB Protein Data Bank headquartered at Rutgers University–New Brunswick. The data bank reached the milestone this week, with 1,018 proteins as… 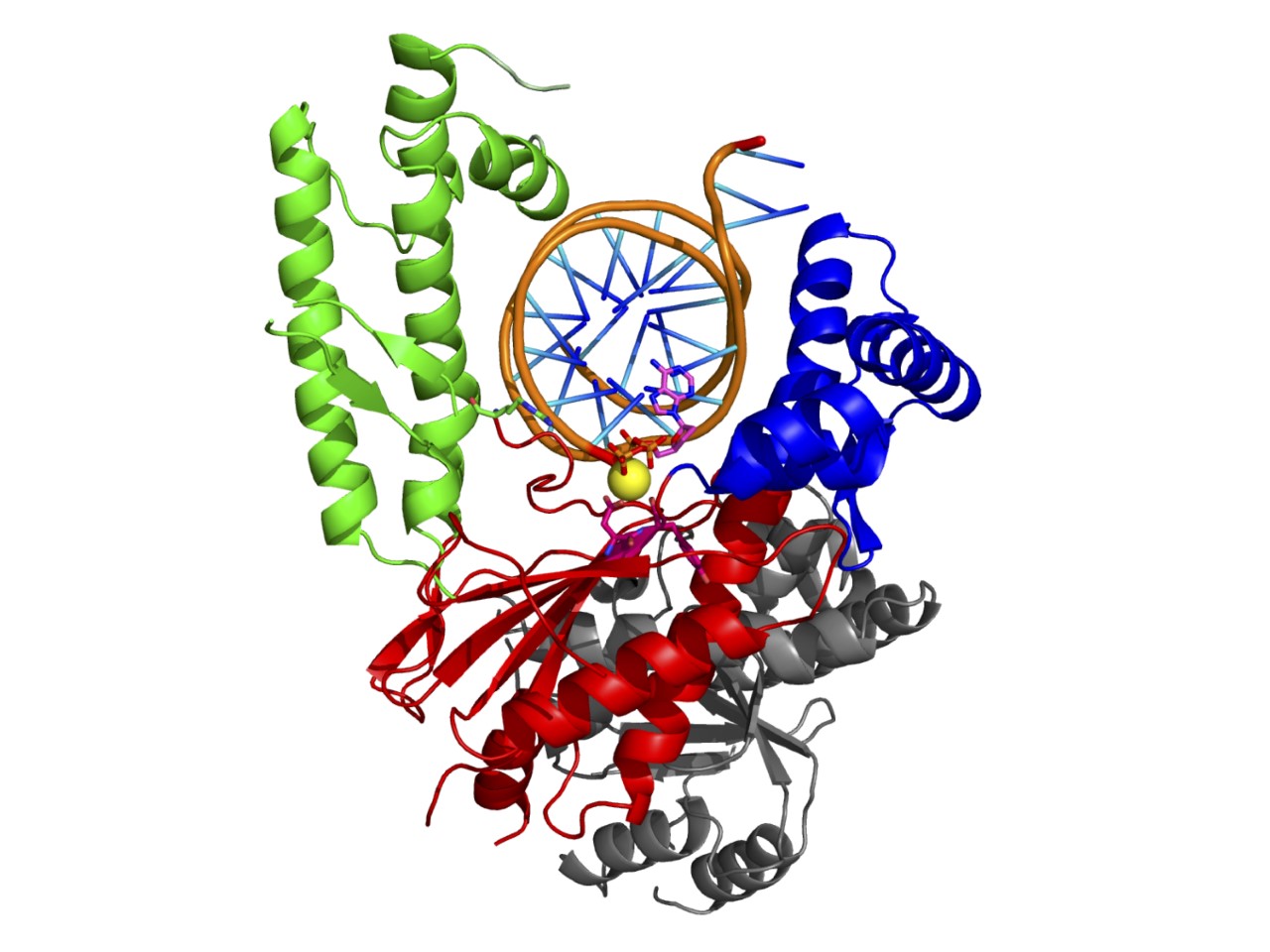 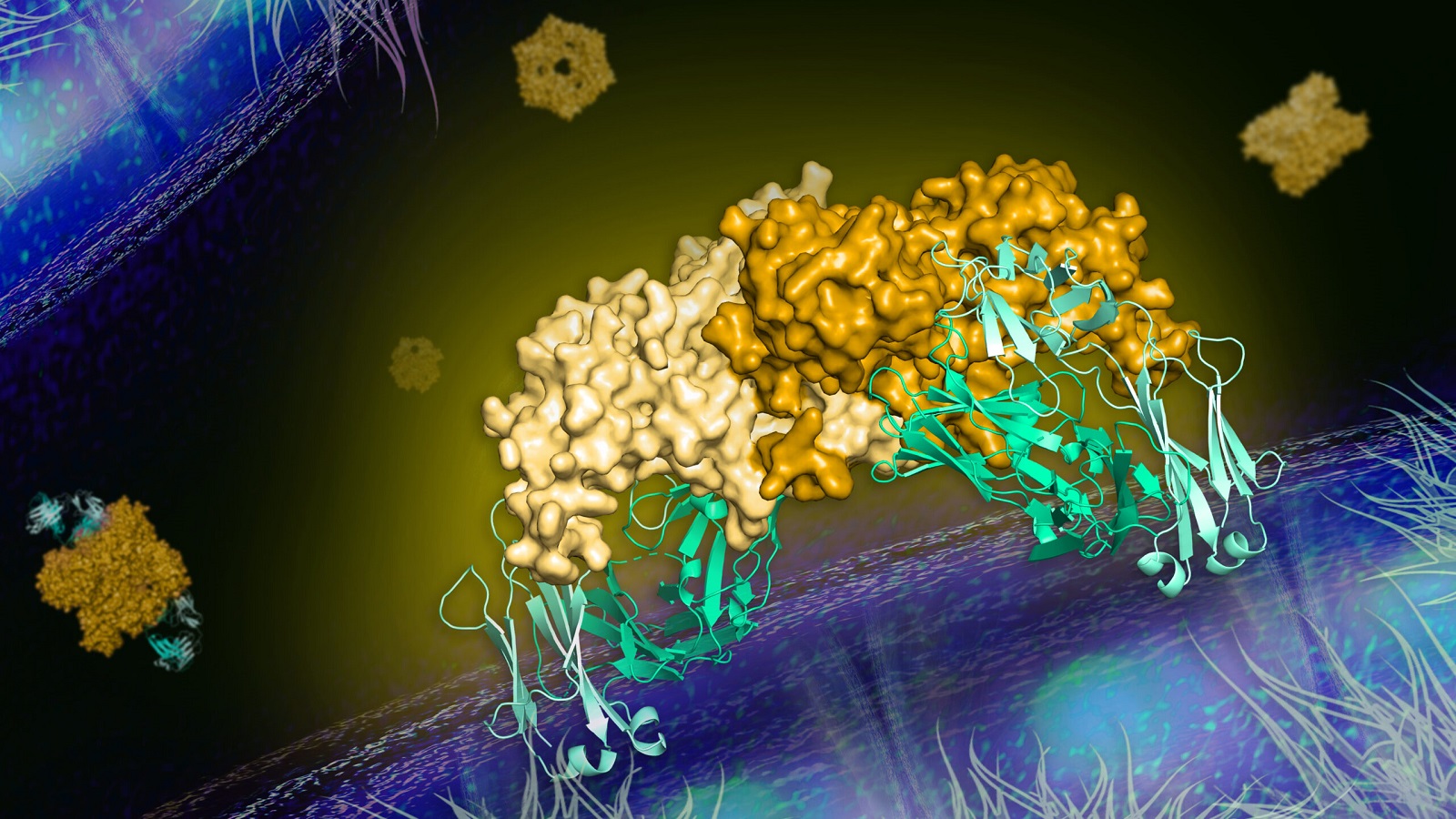 The research team used the Advanced Photon Source to confirm an effective antibody that prevents the dengue virus from infecting cells in mice, and may lead to treatments for this and similar diseases. 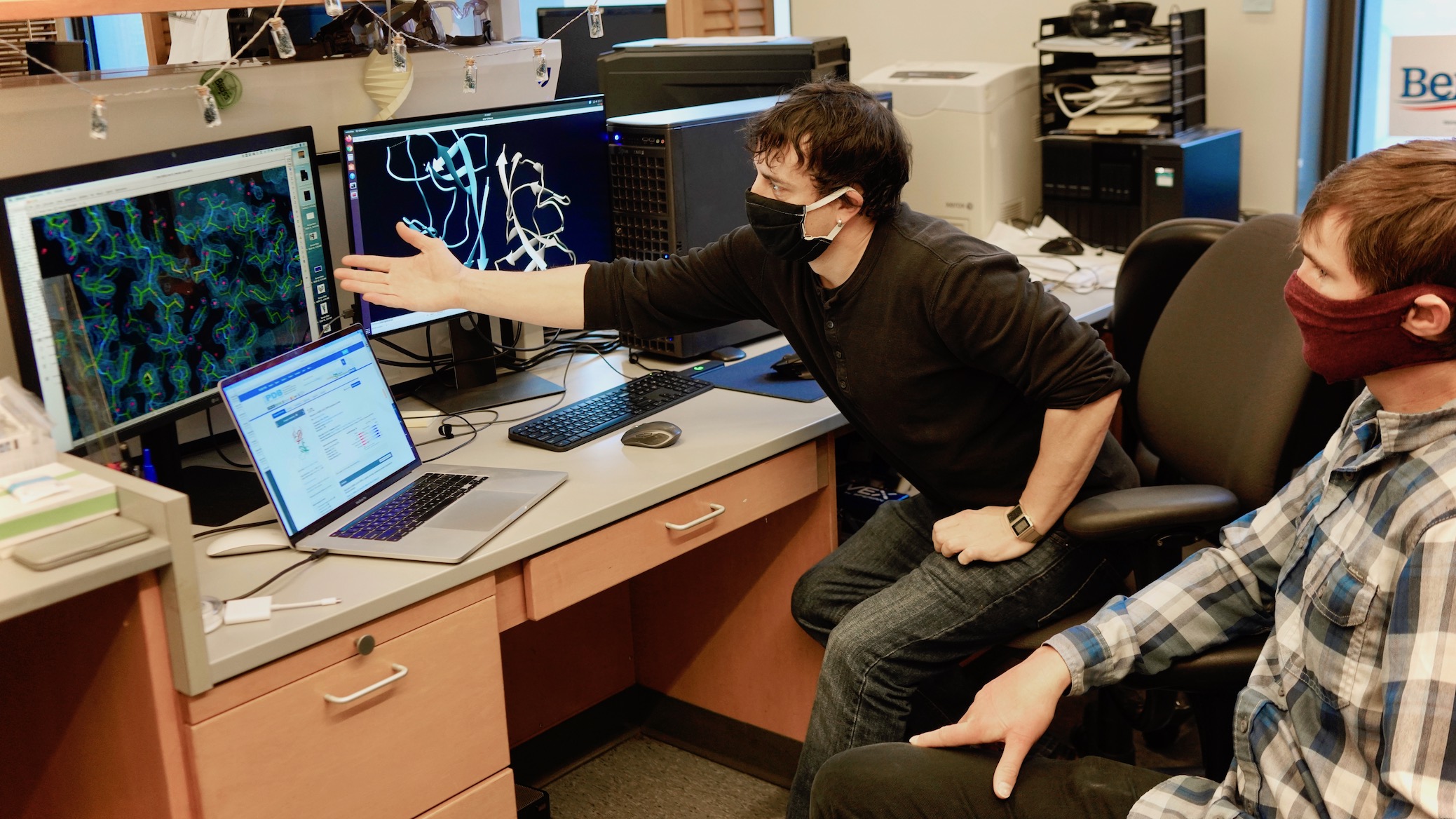 A team of biologists who banded together to support COVID-19 science determined the atomic structure of a coronavirus protein thought to help the pathogen evade and dampen response from human immune cells. The structural map has laid the groundwork for new antiviral treatments and enabled further investigations into how the newly emerged virus ravages the human body. 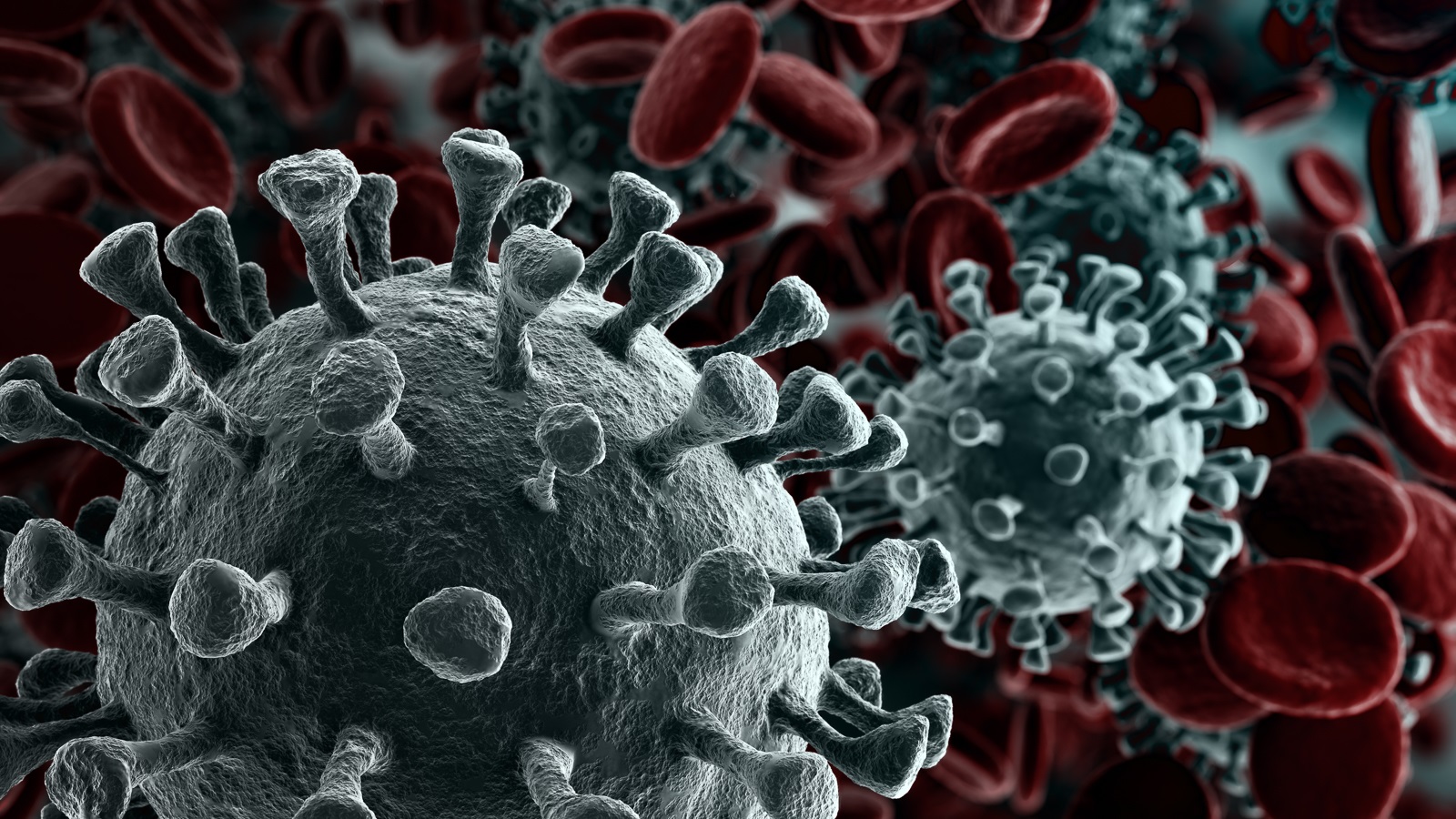 Argonne scientists and research facilities have made a difference in the fight against COVID-19 in the year since the first gene sequence for the virus was published. 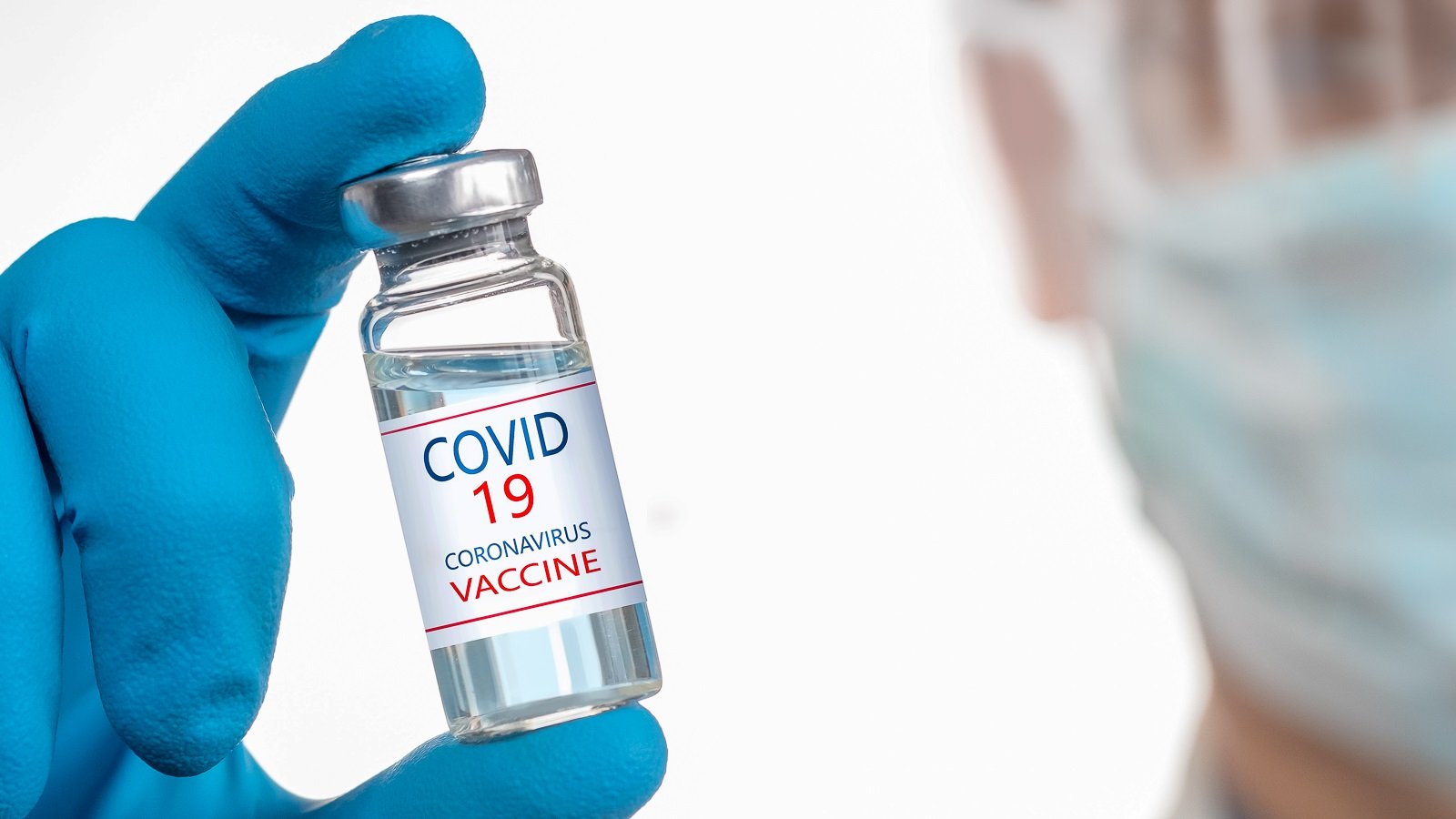 More than a decade of virus research at the APS laid the groundwork for more effective COVID-19 vaccines and helped speed their rapid development.

The APS has been a powerful tool in the battle against the novel coronavirus, contributing more information about the structure of the virus to the International Protein Databank than any other light source in the United States.

New Brunswick, N.J. (Dec. 3, 2020) – Stephen K. Burley, director of the RCSB Protein Data Bank headquartered at Rutgers University–New Brunswick, is available for interviews on how the bank’s 50 years of data on the 3D biomolecular structures of life and artificial intelligence can lead… 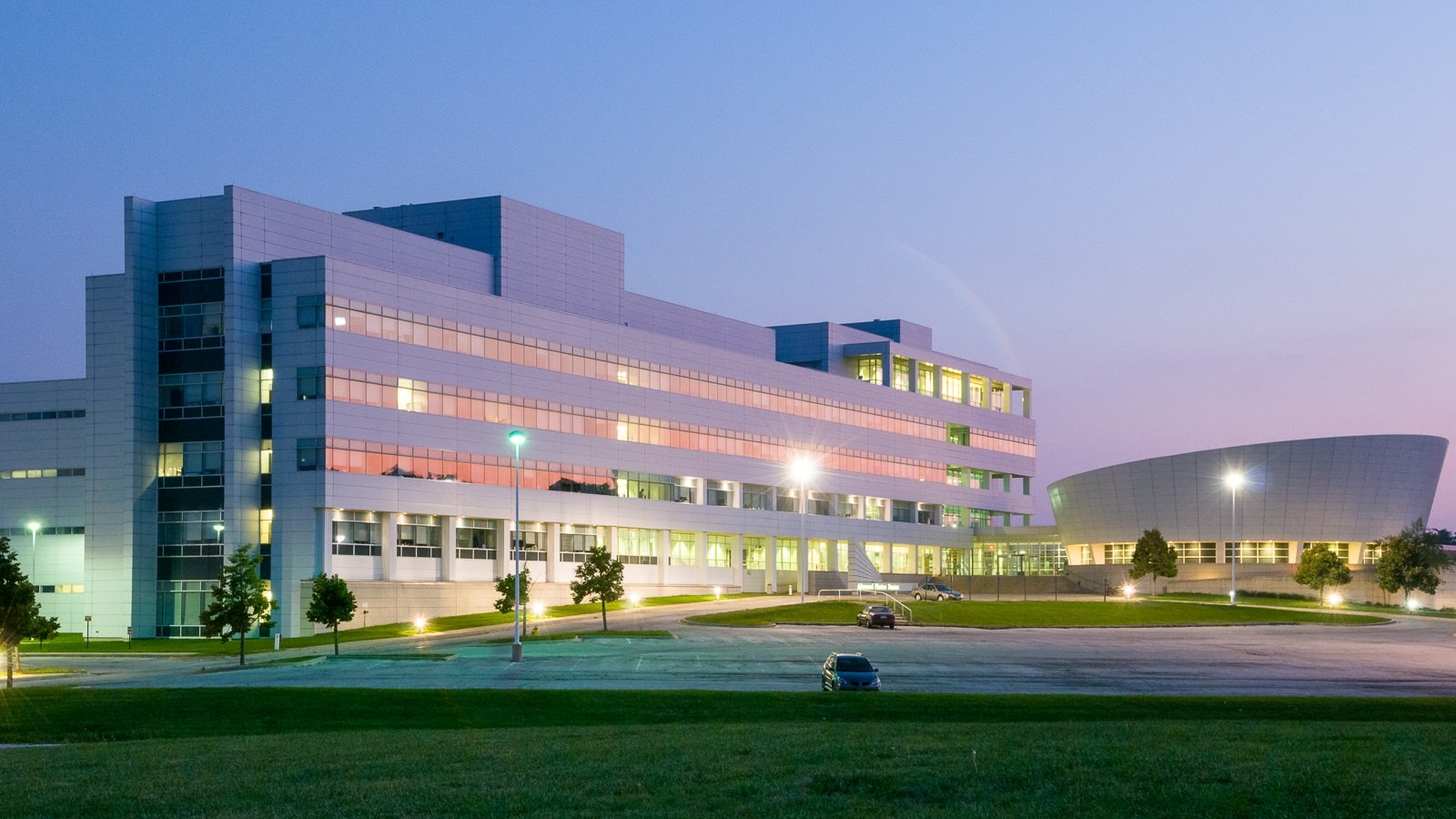 Research teams from across the United States are using a multitude of techniques to study the SARS-CoV-2 virus using the Advanced Photon Source from their homes and institutions. 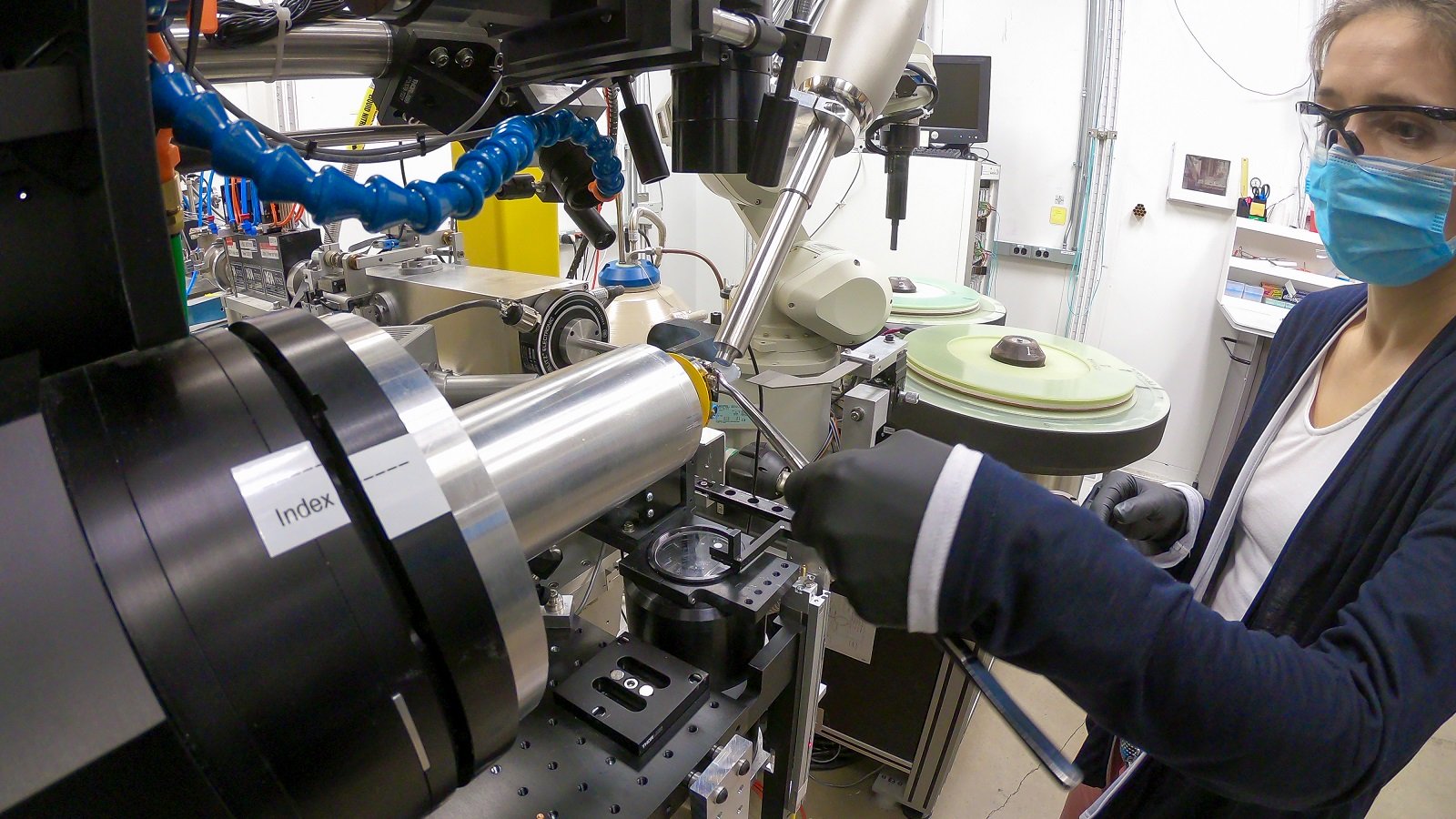 Argonne scientists, working as part of a national consortium of structural genomics experts, have greatly increased our knowledge of the virus that causes COVID-19. 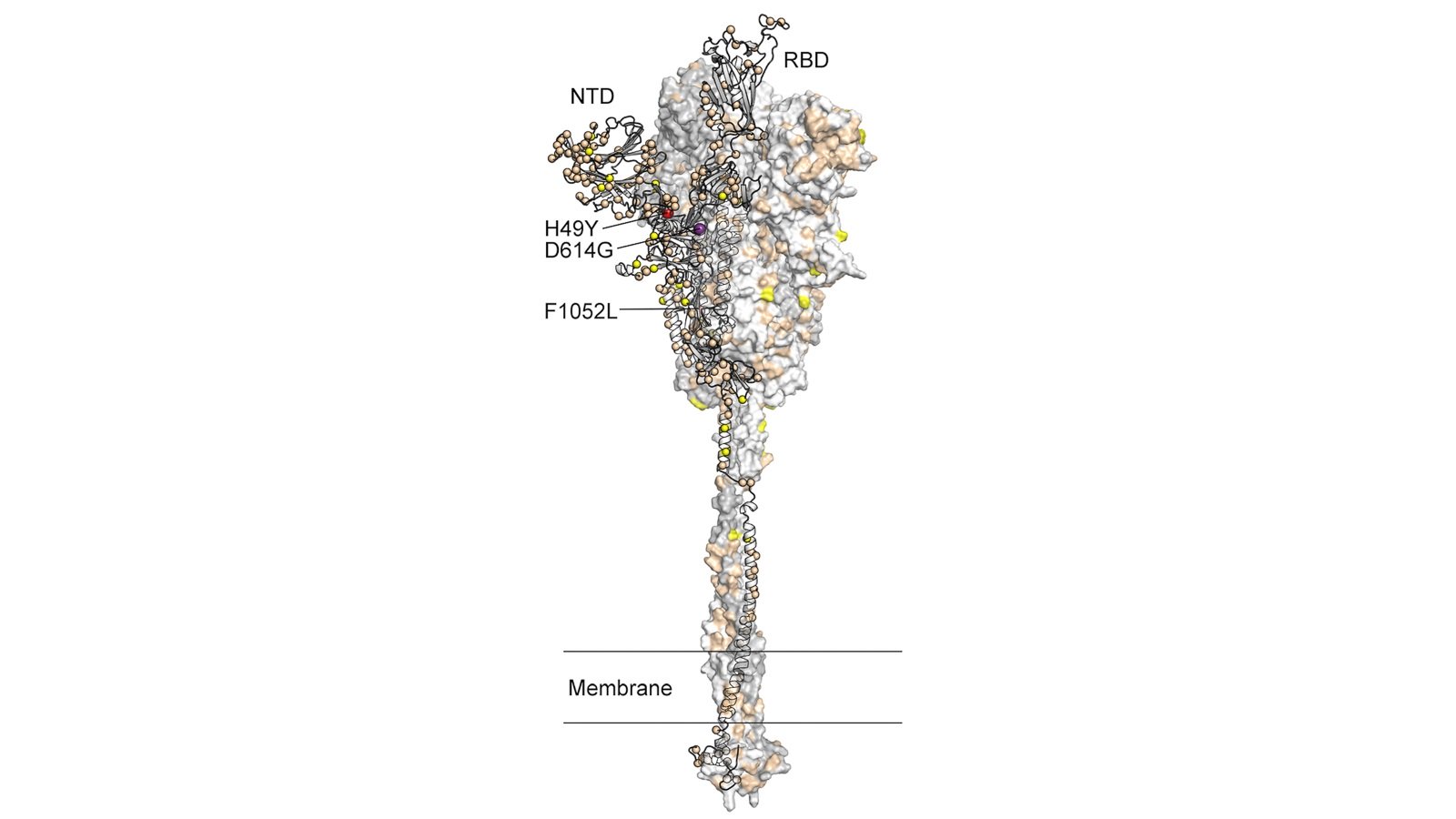 GRAND RAPIDS, Mich. (Nov. 4, 2020) — For the first time, scientists have visualized a new class of molecular gates that maintain pH balance within brain cells, a critical function that keeps cells alive and helps prevent stroke and other brain injuries. Scientists using the Advanced Photon Source have discovered new insights into the ways the SARS-CoV-2 virus camouflages itself inside the human body. Powerful APS X-rays are used to uncover the structure and behavior of proteins controlling tarantula muscles. These insights may help scientists better understand our own muscles. Researchers at the U.S. Department of Energy’s (DOE) Brookhaven National Laboratory are making progress on several fronts in the battle against COVID-19, the global pandemic sparked by the emergence of a novel coronavirus late last year. This work is part of a worldwide effort to understand the virus and the factors that affect its spread with the aim of devising treatments and other mitigation strategies. Parkinson’s is a neurological disorder that progressively attacks motor functions, leading to lasting damage in movement and coordination. Researchers studying the primary causes of the disease have focused on mutations of the protein known as leucine-rich repeat kinase 2, or LRRK2. Reducing the barriers preventing everyone from exploring the science behind biomolecular interactions and structures is the goal of molecular storytelling, a combination of visual and interactive methods used to explain the complex subject of structural biology. Through a 20-year partnership with the RCSB Protein Data Bank, researcher David Goodsell and a team of scientists have developed the Molecule of the Month series, which uses visual and interactive storytelling as an educational bridge for a wide audience of students, educators and the public.

Life on Earth manages to exist in the Mariana Trench and deep below the ocean floor, where extreme conditions create large effects on the behavior of biological molecules. At the Cornell High Energy Synchrotron Source, a facility dedicated to high-pressure biological X-ray scattering is available for use to explore those deep ocean molecules. Richard Gillilan will describe the main capabilities of BioSAXS and call for scientific use of the facility at the 70th Annual Meeting of the American Crystallographic Association. A team of scientists led by Abhishek Singharoy at Arizona State University used the Summit supercomputer at the Oak Ridge Leadership Computing Facility to simulate the structure of a possible drug target for the bacterium that causes rabbit fever. A team of researchers has used ultra-bright X-rays to analyze 13,000-year-old fossilized beetle wings to learn more about the evolution of structural colors. Researchers designed a nanodevice with the potential to prevent peptides from forming dangerous plaques in the brain in order to halt development of Alzheimer’s disease. Two researchers at Memorial Sloan Kettering Cancer Center’s (MSK) Sloan Kettering Institute (SKI) have been elected to the National Academy of Sciences (NAS). Scott Keeney, PhD, a molecular biologist, and Christopher Lima, PhD, a structural biologist, join more than a dozen MSK investigators who are already NAS members. SKI is the research enterprise of MSK, the world’s oldest and largest private cancer center. Members are elected in recognition of their distinguished and continuing achievements in original research. Membership is one of the highest honors bestowed upon scientists worldwide. The lab is responding to the coronavirus crisis by imaging disease-related biomolecules, developing standards for reliable coronavirus testing and enabling other essential research. Argonne scientists are working around the clock to analyze the virus to find new treatments and cures, predict how it will propagate through the population, and make sure that our supply chains remain intact. Weizmann Institute scientists created a decoy molecule that successfully recruits the immune system to fight arenaviruses. It also appears to be heat-resistant and stable, meaning it could be delivered to the remote areas where these diseases are endemic. Scientists using specialized beamlines at Argonne’s Structural Biology Center (SBC), a facility for macromolecular crystallography at the Advanced Photon Source, derived insights that led to the discovery of a promising new drug for Ebola.