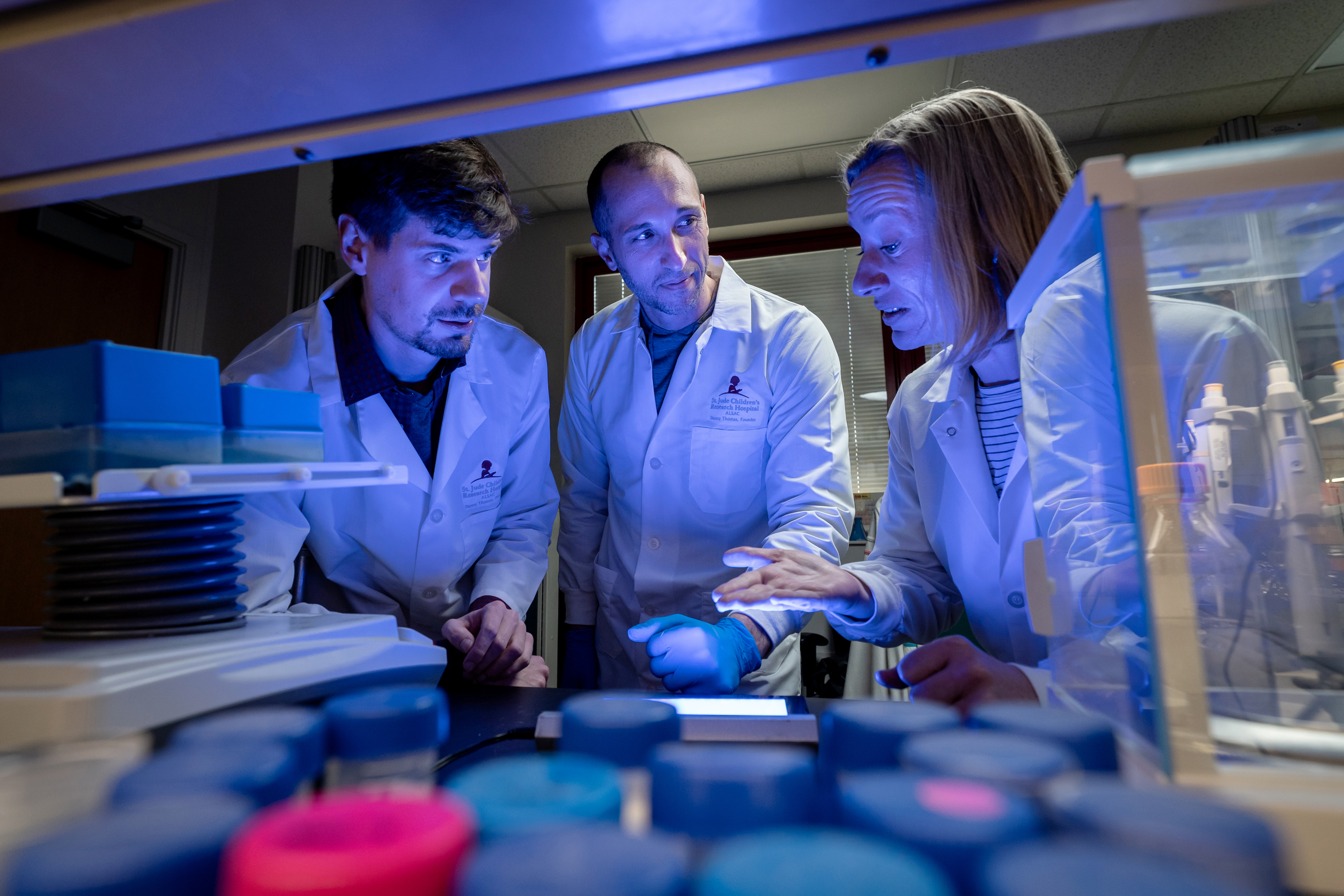 (Memphis, Tenn.—January 23, 2023) SPOP is the most mutated protein in prostate cancer and plays a role in endometrial, uterine and other cancers. Despite this importance, how SPOP mutations drive cancer has been incompletely understood. Scientists at St. Jude Children’s Research Hospital used cryo-electron microscopy (cryo-EM) to capture the first 3D structure of the entire SPOP assembly. The study, published today in Molecular Cell, revealed previously unknown SPOP interfaces that harbor clusters of cancer-causing mutations.

The normal function of SPOP is to control the level of certain proteins within a cell. When SPOP is dysregulated through mutations, it can cause dramatic effects in the cell because protein levels are altered, triggering abnormal behaviors. SPOP may not be the fire that sets cancer ablaze, but if mismanaged, it can light the fuse.

“The prostate cancer-associated mutations are well understood,” said corresponding author Tanja Mittag, Ph.D., St. Jude Department of Structural Biology. “They are in the substrate-binding site and prevent SPOP from recognizing its substrates. But mutations found in patients with endometrial and other cancers were puzzling. The mutated sites did not seem to be important for SPOP function, at least looking at previous structures.”

Determining the 3D structure of SPOP using cryo-EM allowed the researchers to gain insights into the underlying mechanisms that drive the function of this protein both in its normal state and when mutated in cancer. By looking at how the SPOP oligomer assembles, the researchers were able to identify key interactions between regions of the protein, which had not been seen before. These were exactly the regions that are mutated in endometrial cancer.

“Once we had the 3D structure of SPOP, we could see that the pieces of the puzzle that had been missing were inherently important for understanding how SPOP functions in cancer,” said co-first author Matthew Cuneo, Ph.D., St. Jude Department of Structural Biology. “We were now able to see that what we initially thought to be regions of SPOP without functional importance are actually key to SPOP assembly and biology.”

Previous studies had demonstrated that the SPOP protein assembles into long filaments. However, scientists could tell that the full picture had yet to be uncovered, as certain mutations unexpectedly affected this filament.

For example, mutations in the MATH domain [the part of SPOP that binds substrates] affected the propensity of the protein to assemble and hang around in cells. The researchers also observed how a single mutation could dramatically affect how the protein forms filaments. Mutating the interface that locks the MATH domain in place completely changed the assembly of the proteins from a single to a double filament with intertwined MATH domains.

“Taking a broader view to look at the full-length protein gave us a deeper understanding of how mutations affect SPOP,” said co-first author Brian O’Flynn, Ph.D., St. Jude Department of Structural Biology.  “The scale of the change just from one point mutation is huge. It was unexpected to see that.”

Researchers in the field have already experimented with drugs that target the MATH domain of SPOP. Drugs could now be developed to target specifically the mutant forms of SPOP in endometrial cancer. One of the implications of this work is that one day it might be possible to differentially target SPOP based upon its functional form within the cell.

“In addition to the questions that this research answers, what’s exciting is that for scientists asking about SPOP, the possibilities have really opened up,” O’Flynn added.

The study’s other authors are Nafiseh Sabri of St. Jude, and Yu-Hua Lo, formerly of St. Jude and now of Eli Lilly & Company.

The study was supported by a grant from the National Institutes of Health (R01GM112846) and ALSAC, the fundraising and awareness organization of St. Jude. The study used the LiX beamline at the Center for BioMolecular Structure, which is supported by the National Institutes of Health (P30GM133893, S10 OD012331), DOE Office of Biological and Environmental Research (KP1605010), and the U.S. Department of Energy, Office of Science, Office of Basic Energy Sciences Program (DE-SC0012704).

St. Jude Children’s Research Hospital is leading the way the world understands, treats and cures childhood cancer, sickle cell disease and other life-threatening disorders. It is the only National Cancer Institute-designated Comprehensive Cancer Center devoted solely to children. Treatments developed at St. Jude have helped push the overall childhood cancer survival rate from 20% to 80% since the hospital opened 60 years ago. St. Jude freely shares the breakthroughs it makes, and every child saved at St. Jude means doctors and scientists worldwide can use that knowledge to save thousands more children. Families never receive a bill from St. Jude for treatment, travel, housing and food — so families can focus on helping their child live. To learn more, visit stjude.org or follow St. Jude on social media at @stjuderesearch.

Almost all of Africa’s maize crop is at risk from devastating fall armyworm pest, study reveals