MSK Nassau, one of the institution’s regional sites located in Long Island’s Nassau County, received a 2020 Healthcare Design Award from the American Institute of Architects (AIA) Academy of Architecture for Health. The AIA recognized MSK Nassau for its hospitality-like interiors and calming environment.

​Lisa DeAngelis, MD, Physician-in-Chief and Chief Medical Officer of MSK, was named to Avenue Magazine’s Power List 2020 in recognition of her and MSK’s research in treating brain tumors as well as the neurological effects of brain cancer.

Dean Bajorin, MD, Frederick R. Adler Senior Faculty Chair, was named to OncLive’s 2020 Class of Giants of Cancer Care. Dr. Bajorin was recognized for his work to advance the field of oncology and contributions in research and clinical practice.

Michael Postow, MD, Chief of the Melanoma Service; Nitya Raj, MD, medical oncologist; and Triparna Sen, PhD, Assistant Attending in MSK’s Thoracic Oncology Service, were named recipients of the 40 Under 40 in Cancer Award. The award identifies and recognizes contributions in the field of cancer by rising stars and emerging leaders under the age of 40.

Dr. Postow’s research on melanoma led to the development of the combination of nivolumab (Opdivo®) and ipilimumab (Yervoy®), a treatment that was approved by the US Food and Drug Administration in 2015 and was subsequently selected by the American Society of Clinical Oncology as a major scientific advance in melanoma care.

Dr. Sen was recognized for her work in small cell lung cancer (SCLC). She identified that DNA damage response proteins were effective therapeutic targets for SCLC treatment and was the first to demonstrate that targeting DNA damage response pathways promote antitumor immunity through activation of innate immune signaling in SCLC. The long-term goal of her research is to translate new mechanism-driven insights of cancer biology and immuno-oncology into bringing novel therapies to the clinic for lung cancer patients.

Thomas Reiner, PhD, Associate Attending at MSK and synthetic chemist and radiochemist, ​was named a recipient of the 2020 Roger Tsien Award for Excellence in Chemical Biology from the World Molecular Imaging Society. Dr. Reiner was recognized for his significant contributions to the field of molecular imaging in the area of chemical biology, including for the use of novel chemistries to probe biological systems using noninvasive imaging approaches.

Michael H. Roehrl, MD, PhD, Attending Pathologist and physician-scientist in the Department of Pathology and Affiliate Member of the Human Oncology and Pathogenesis Program, was named Chair of the Pathology Pillar in the Human Proteome Organization (HUPO). The HUPO brings together the worldwide protein community to push the edge of proteome research.

As Chair, Dr. Roehrl will focus on the Human Proteome Project and the central role of pathology in developing proteome-driven diagnostics and biomarker discovery.

Mark Souweidane, MD, pediatric neurosurgeon at MSK, was named a recipient of the 2020 Pioneer Award for Pediatric Neurosurgery from the Children’s Brain Tumor Foundation (CBTF). He was recognized for his research and work treating children with brain and spinal disorders, including diffuse infiltrative pontine glioma (DIPG), a rare inoperable brain stem tumor, through alternative drug delivery approaches.

Ritesh Kotecha, MD, medical oncologist, was named a recipient of the Kidney Cancer Association’s 2020 Young Investigator Award for his research project “HLA Evolutionary Diversity – A Population Specific Biomarker for Kidney Cancer Immunotherapy.” He and three other researchers in urology and clinical oncology received grants of $75,000 each.

Sarah Kim, MD, gynecology fellow at MSK, was named a recipient of the ME STRONG Cervical Cancer Research Grant from the Foundation for Women’s Cancer (FWC). The FWC awarded 15 research grants, research prizes, and career development awards in the amount of nearly $350,000 to young investigators to promote their long-term success in the field of gynecology. Dr. Kim was recognized for her research titled “Mutation and HPV tracking in cervical cancer patients using circulating cell-free DNA.”

As the world’s oldest and largest private cancer center, Memorial Sloan Kettering has devoted more than 135 years to exceptional patient care, influential educational programs, and innovative research to discover more effective strategies to prevent, control, and ultimately, cure cancer. MSK is home to more than 20,000 physicians, scientists, nurses, and staff united by a relentless dedication to conquering cancer. Today, we are one of 51 National Cancer Institute-designated Comprehensive Cancer Centers, with state-of-the-art science and technology supporting groundbreaking clinical studies, personalized treatment, and compassionate care for our patients. We also train the next generation of clinical and scientific leaders in oncology through our continually evolving educational programs, here and around the world. Year after year, we are ranked among the top two cancer hospitals in the country, consistently recognized for our expertise in adult and pediatric oncology specialties. www.mskcc.org 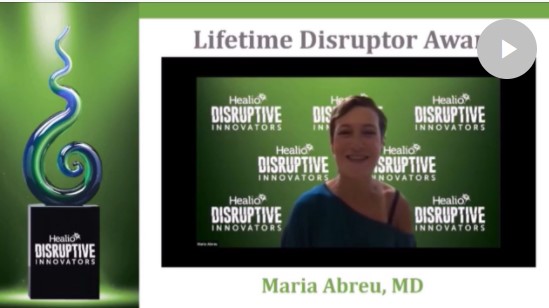