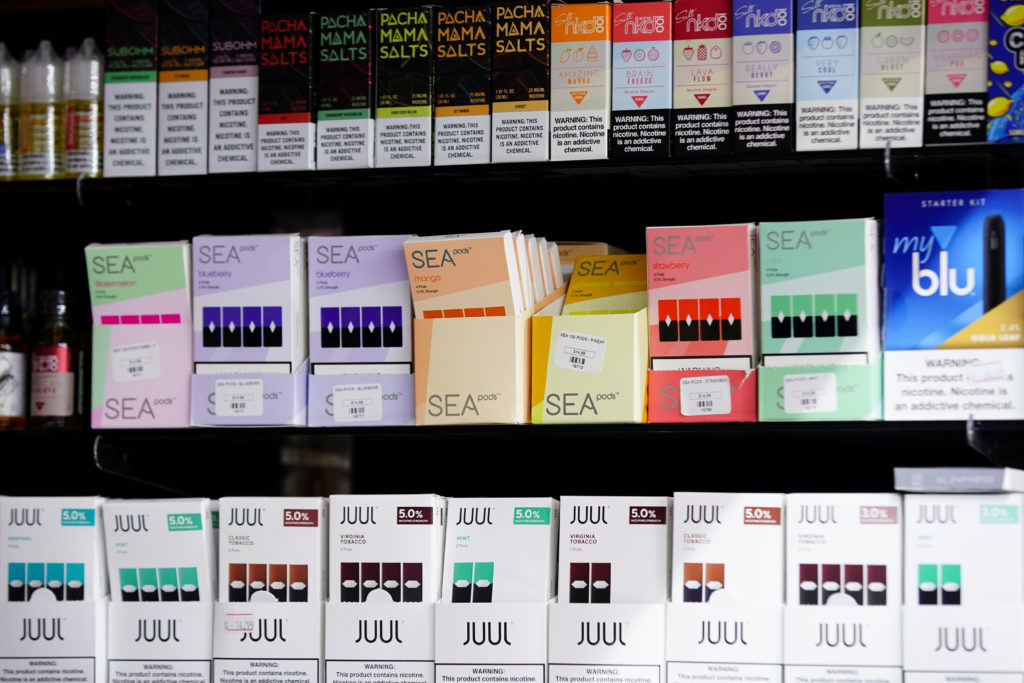 A string of deaths in the United States linked to the use of electronic cigarettes has stirred concern worldwide about their growing popularity among young people and the health risks they pose to millions of users. Now, a multibillion-dollar product held up by some as a safer alternative to tobacco is facing a severe test.

Since last month, a dozen people in the United States have died from a breathing illness that researchers say could be connected to vaping, or the inhaling of vaporized liquid that contains nicotine. More than eight hundred people in the country are reportedly being treated for the illness.

More than twenty countries already have some sort of ban on e-cigarettes. Several U.S. states and cities have also at least temporarily or partially banned the products, including Massachusetts, Michigan, and New York. Now, countries with the largest markets for e-cigarettes are moving toward bans amid concerns about their harmful health effects.

United States. Following reports of the outbreak, the Donald J. Trump administration called for taking all flavored e-cigarettes off store shelves, and the Food and Drug Administration (FDA) is expected to issue guidelines soon to do just that.

India. The government announced in September that it would prohibit the production, sale, and advertisement of e-cigarettes, with Prime Minister Narendra Modi saying there is not enough awareness about the dangers vaping poses to youth who “get caught in its clutches.” The order still requires approval from lawmakers, though it is expected to pass parliament in November, and several companies are already challenging the decision in the courts.

China. The semiofficial China News Service said Beijing will impose new regulations as early as October on e-cigarettes and their packaging, just as Juul Labs, one of the leading makers of e-cigarettes, was set to open its first virtual stores there.

Popularized over the last decade, e-cigarettes were early on promoted as a method for people to quit smoking cigarettes, though the research on that has been mixed. In recent years, health experts have raised the alarm over a spike in vaping among teenagers, as manufacturers rolled out a variety of sweet e-cigarette flavors that experts say appeal to young people in particular. Nicotine can be harmful to pregnant women and hurt adolescent brain development, and e-cigarettes can contain chemicals known to cause cancer.

Many public health experts are in favor of the bans, saying vaping threatens the health of tens of millions of e-cigarette smokers, as well as those who could get hooked on them in the future. The World Health Organization has for years pushed for strict regulation of e-cigarettes, warning that hundreds of brands exist but few have been analyzed.

Others argue that it’s still unclear whether the lung illness stems from using e-cigarettes and that conclusive research about the health effects of vaping should come before any bans. Additionally, some health experts say e-cigarettes are a healthier alternative for cigarette smokers. The United Kingdom’s public health agency continues to back their use in place of cigarettes.

Investigators from the U.S. Centers for Disease Control and Prevention are still trying to determine the cause of the lung illness, but they say more than three-quarters of cases appear to involve vaping products that contain THC, the main psychoactive compound in cannabis, or a mixture of THC and nicotine.

Meanwhile, in questioning before House lawmakers, acting FDA Commissioner Ned Sharpless said the agency is “going to catch up” after not taking action soon enough to control the industry, though there’s no date yet for the new regulations to kick in. If the proposed Indian and U.S. bans go through, there could soon be a global campaign similar to that aimed at curtailing tobacco use.

Skipping This Sight-saving Treatment Is Costing Americans Their Vision