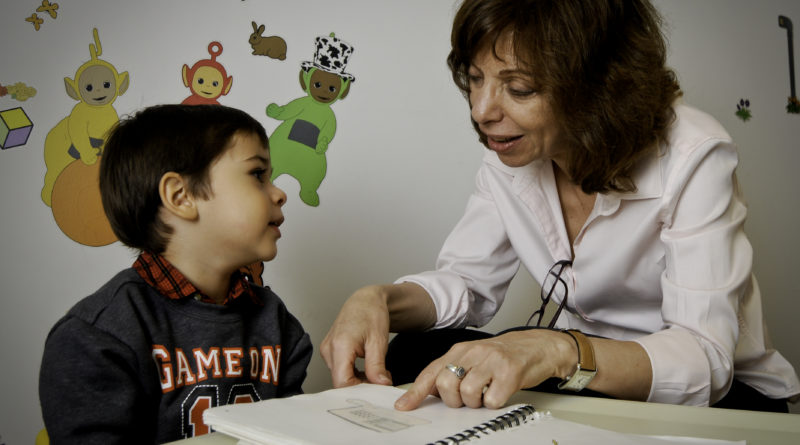 A new study by researchers at Florida Atlantic University and collaborators at The George Washington University digs deep into these differences and finds that differences in the vocabulary used while talking to children affect how useful that speech is to the child trying to figure out the patterns of language. The bottom line? The quality of child-directed speech depends on the language proficiency of the speaker. Children who hear a rich vocabulary acquire a rich vocabulary and children who hear a rich vocabulary in full sentences acquire the ability to put all of their words together in full sentences.

Findings from this study, published in the Journal of Child Language, have broad implications for immigrant parents’ language choices at home and for staffing practices in early care and education centers.

“Just because a parent speaks English better than their two-year-old, doesn’t mean that they speak English well enough to maximally support the child’s acquisition of English,” said Erika Hoff, Ph.D., lead author and a professor of psychology in FAU’s Charles E. Schmidt College of Science. “Children can’t learn what they don’t hear. So if their parents or other adults speak to them with a very simple, limited vocabulary that is all that they can learn.”

The speakers with limited proficiency illustrated a smaller vocabulary for their children to learn, used those words in shorter utterances, and their utterances contained less diversity in the lexical items that fill grammatical roles, compared to native English speakers.

The study also found being educated from an English-speaking college or university also matters even if the non-native speaker has advanced degrees from another country. Hoff suggests that one way to become proficient in a language and proficient in a way that translates into a benefit for the child is to be educated in that language.

“Even if you are highly educated from another country and you are not proficient in English, when you speak to your child in English it will show. There really is something about being proficient in English that helps you talk to your child in a way that benefits his or her language,” said Hoff. “Parents who are more proficient in English use a richer vocabulary and produce longer sentences, even when they are talking to a toddler. Clearly, all of the mothers know as much as their two-year-olds, but the difference between what you know when you can barely speak a language and what you know when you’re highly proficient in a language translates into a difference that matters in children, and that’s really the key point of this study.”

Because differences also are observed among native speakers of English in their talk to adults and children, the authors suggest providing more educational opportunities for native speakers as a route to closing other language gaps, such as those associated with socioeconomic status.

To observe speech between mother and child for the study, researchers videotaped them playing together. They transcribed everything that the mothers said to their two-and-a-half year-old children using a special software program as well as manual transcription to count the number of different words and utterances, and to measure the length of sentences.

Co-authors of the study are Katherine F. Shanks in FAU’s Department of Psychology, and Cynthia Core, Ph.D., an associate professor in the Department of Speech, Language, and Hearing Sciences at The George Washington University.

This research was supported by the Eunice Kennedy Shriver National Institute of Child Health and Human Development.

Florida Atlantic University, established in 1961, officially opened its doors in 1964 as the fifth public university in Florida. Today, the University, with an annual economic impact of $6.3 billion, serves more than 30,000 undergraduate and graduate students at sites throughout its six-county service region in southeast Florida. FAU’s world-class teaching and research faculty serves students through 10 colleges: the Dorothy F. Schmidt College of Arts and Letters, the College of Business, the College for Design and Social Inquiry, the College of Education, the College of Engineering and Computer Science, the Graduate College, the Harriet L. Wilkes Honors College, the Charles E. Schmidt College of Medicine, the Christine E. Lynn College of Nursing and the Charles E. Schmidt College of Science. FAU is ranked as a High Research Activity institution by the Carnegie Foundation for the Advancement of Teaching. The University is placing special focus on the rapid development of critical areas that form the basis of its strategic plan: Healthy aging, biotech, coastal and marine issues, neuroscience, regenerative medicine, informatics, lifespan and the environment. These areas provide opportunities for faculty and students to build upon FAU’s existing strengths in research and scholarship. For more information, visit www.fau.edu.