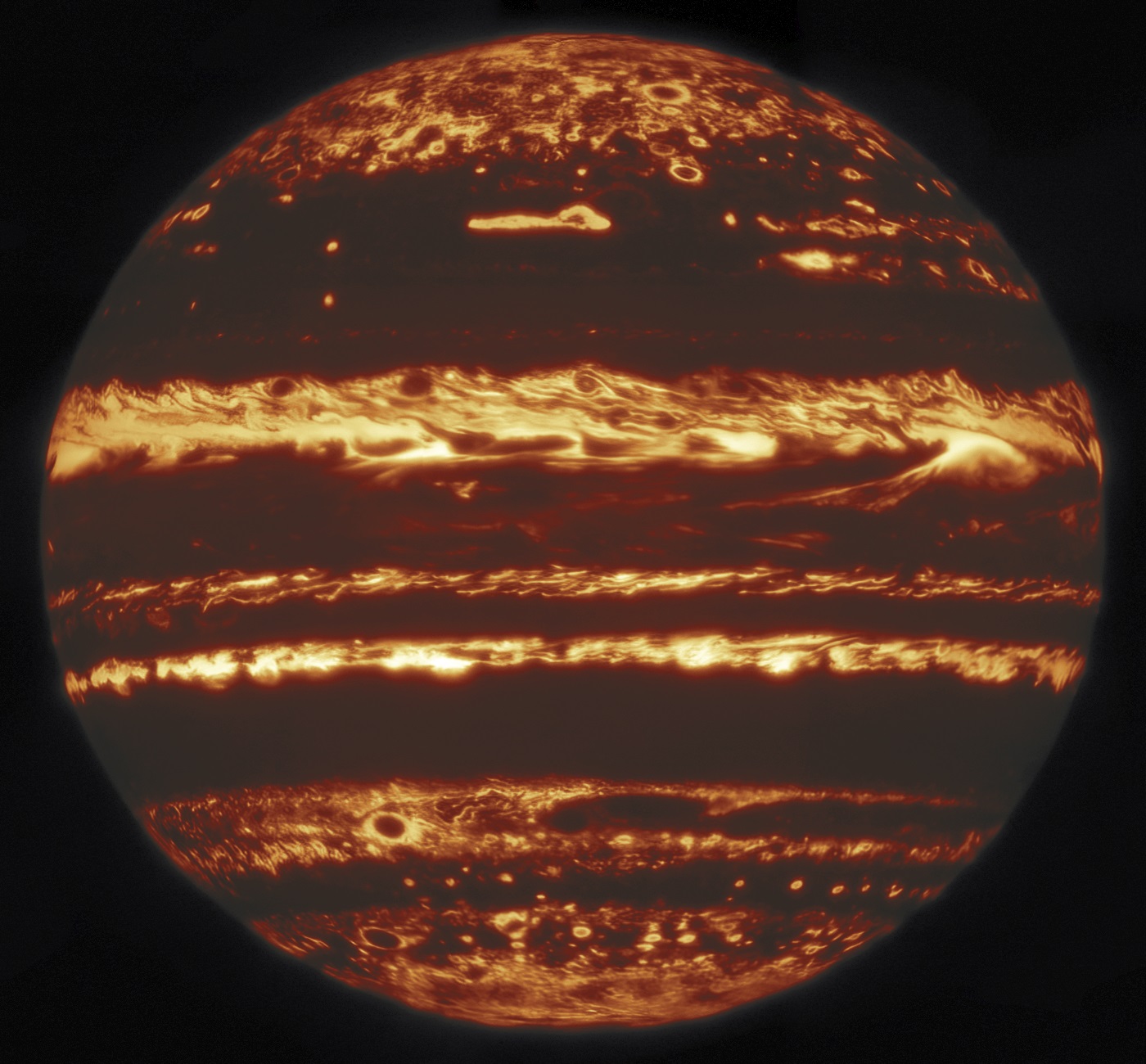 Researchers using a technique known as “lucky imaging” with the Gemini North telescope on Hawaii’s Maunakea have collected some of the highest resolution images of Jupiter ever obtained from the ground. These images are part of a multi-year joint observing program with the Hubble Space Telescope in support of NASA’s Juno mission. The Gemini images, when combined with the Hubble and Juno observations, reveal that lightning strikes, and some of the largest storm systems that create them, are formed in and around large convective cells over deep clouds of water ice and liquid. The new observations also confirm that dark spots in the famous Great Red Spot are actually gaps in the cloud cover and not due to cloud color variations.

END_OF_DOCUMENT_TOKEN_TO_BE_REPLACED 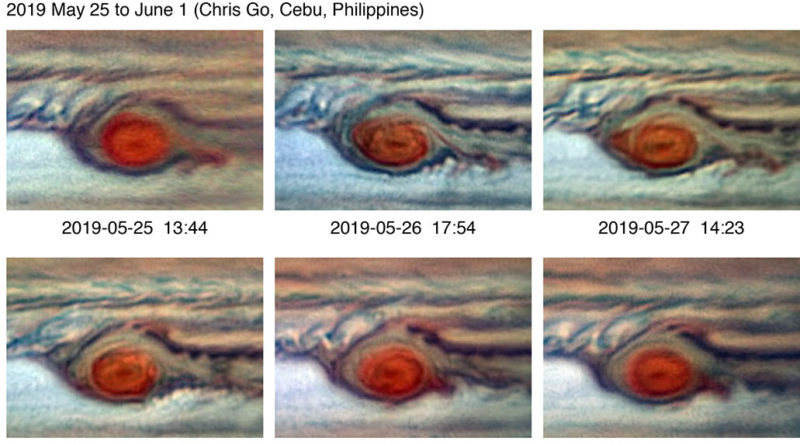 The shrinking of the clouds of the Great Red Spot on Jupiter has been well documented with photographic evidence from the last decade. However, researchers said there is no evidence the vortex itself has changed in size or intensity.

END_OF_DOCUMENT_TOKEN_TO_BE_REPLACED 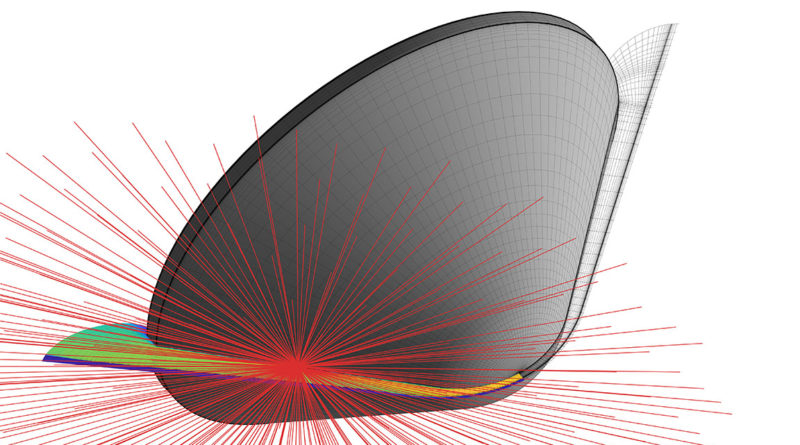 The entry probe of the Galileo mission to Jupiter entered the planet’s atmosphere in 1995 in fiery fashion, generating enough heat to cause plasma reactions on its surface. The data relayed about the burning of its heat shield differed from the effects predicted in fluid dynamics models, and new work examines what might have caused such a discrepancy.