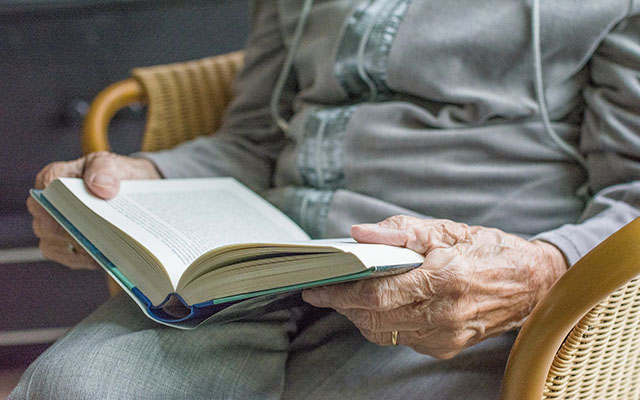 Women make up two-thirds of patients with Alzheimer’s disease — so why is it that women are less likely than men to be diagnosed with its precursor, amnestic mild cognitive impairment (aMCI)? This was the question guiding a new study by University of California San Diego School of Medicine researchers studying how the life-long female advantage in verbal memory performance might be masking early symptoms of dementia in women.

In a study published October 9, 2019 by Neurology®, the medical journal of the American Academy of Neurology, the team studied the data of nearly 1,000 patients who participated in the Alzheimer’s Disease Neuroimaging Initiative (ADNI) and found that when verbal memory test cut-offs were tailored to patient sex, more female patients and fewer male patients were considered to have aMCI. This could change the way aMCI diagnoses are determined and make it easier to catch the condition in its early stages.

“The point of the study was to see if we adjusted for this sex difference in verbal memory and made the cut point for impairment more conservative in women, would we be able to detect them earlier in the disease trajectory?” said first author Erin Sundermann, PhD, assistant project scientist in the Department of Psychiatry at UC San Diego School of Medicine. “That’s important because currently the interventions that we have are likely most effective in the earlier stages.”

Verbal memory includes the ability to remember words, recall stories and memorize verbal information. While it is well established that women show a life-long advantage in verbal memory performance, standard cutoffs for impairment on most verbal memory tests are determined using data gathered across both sexes. Most diagnostic criteria for a dementia diagnosis take several factors into account, like age and education level, but do not often consider sex.

Sundermann and team calculated sex-specific diagnostic criteria by taking the differences in verbal memory performance into account, which led to a more conservative score cut-off for impairment in women. Using the new criteria, about 10 percent of the female patients in ADNI who had previously been considered “cognitively normal” were now classified as aMCI.

What’s more, when the scientists looked at biomarkers associated with dementia, they found that these newly diagnosed aMCI cases showed biomarker profiles more similar to those of the other female patients with aMCI than participants who were considered cognitively normal. Conversely, the new criteria for men determined that about 10 percent of men previously considered to have aMCI were now classified as cognitively normal, and, biologically, those men more closely resembled healthy controls than other men with aMCI.

“This suggests that adjusting for sex in verbal memory norms can improve diagnosis in both men and women and can detect women earlier in the disease trajectory and avoid false diagnosis in men that lead to stress and unnecessary treatment,” Sundermann said.

This can also lead to improved study design for clinical trials and dementia research, by improving participant criteria and selection, leading to more accurate studies on disease progression and intervention.