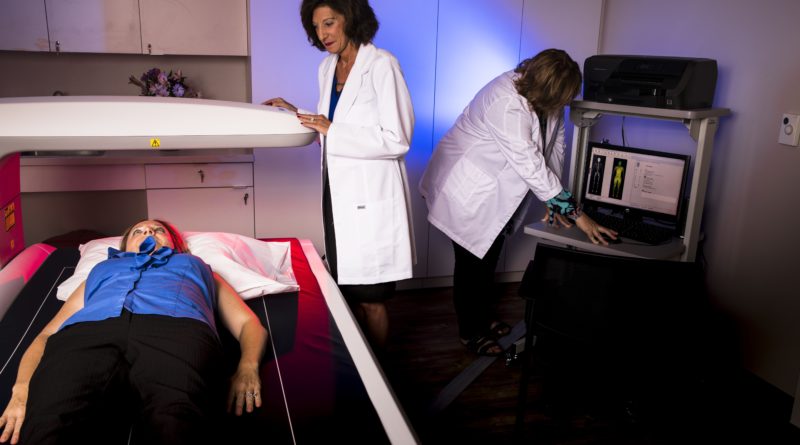 As the population of older adults in the United States continues to grow and becomes more diverse, health concerns increase in parallel. The loss of skeletal muscle mass, strength and function is one such concern and can begin to occur as early as age 40 and accelerates after age 60. A contributing factor to the age-related changes in muscle is insufficient protein intake by older adults who fail to consume adequate protein levels.

Evaluating differences in protein intake and health indicators among racial/ethnic groups is important to identify group characteristics, risks, assess vulnerabilities and develop targeted interventions. However, studies-to-date have not evaluated these physical health indicators in association with protein intake among different racial/ethnic groups.

For the study, they assessed protein intake, nutritional status, grip strength using a hand dynamometer, timed-up-and-go (TUG) to test the ability to stand up from a seated position, walk, turn and then sit back down, and chair stand in 273 older (60+ years-old) male and female African, European and Hispanic Americans.

Low nutritional status, grip strength, chair rise and TUG scores were observed in African Americans and European American females and were consistent with lower protein intakes. Energy intake did not significantly differ among the groups. Dietary protein intake did not significantly differ between those receiving and not receiving Medicaid; intake was highest among the Hispanic Americans, even though this group had the greatest proportion of study participants receiving Medicaid.

Findings from the study also showed higher handgrip strength in those with higher protein intakes whereby both protein intake and grip strength of the Hispanic Americans was higher than European Americans, which was higher than African Americans. When comparing the grip strength measures to the guidelines from the National Institutes of Health, the findings identified European American females and African American females and males with grip strength that is indicative of sarcopenia (a medical condition characterized by reductions in muscle mass, strength and function). Low grip strength has consistently been linked with greater risk of disability, prolonged length of stay with hospitalization or surgery, complications and premature death.

“The significant differences in protein intake and physical function among older African Americans, European Americans and Hispanic Americans in our study indicate a clear need for targeted interventions to improve nutrition and physical health especially among African Americans and European American females,” said Sareen Gropper, Ph.D., lead author, a registered dietitian and a professor in FAU’s Christine E. Lynn College of Nursing. “We also need additional efforts from health care providers to help older adults from all racial and ethnic groups to increase their consumption of high quality protein-rich foods. Given the benefits of exercise, especially resistance training, on muscle, older adults also should be encouraged to engage in regular physical activity.”

While this study focused on dietary protein intake it also included assessment of vitamin D levels, because deficiency is known to negatively impact muscle strength and function. Participants in this study exhibited adequate levels of vitamin D with no significant differences among the groups.

“The findings from this transcultural study of older Americans highlight the need for further education and evidence-based interventions to support this vulnerable population. This is especially critical since reduced muscle mass, strength and physical function — that result from insufficient protein and low nutritional status — all further increase older adults’ risk for falls and the associated and often unfortunate sequelae,” said Safiya George, Ph.D., dean and professor in FAU’s Christine E. Lynn College of Nursing.

This research was funded in part by Retirement Research Foundation [2012283] and from a university-associated competitive grant.