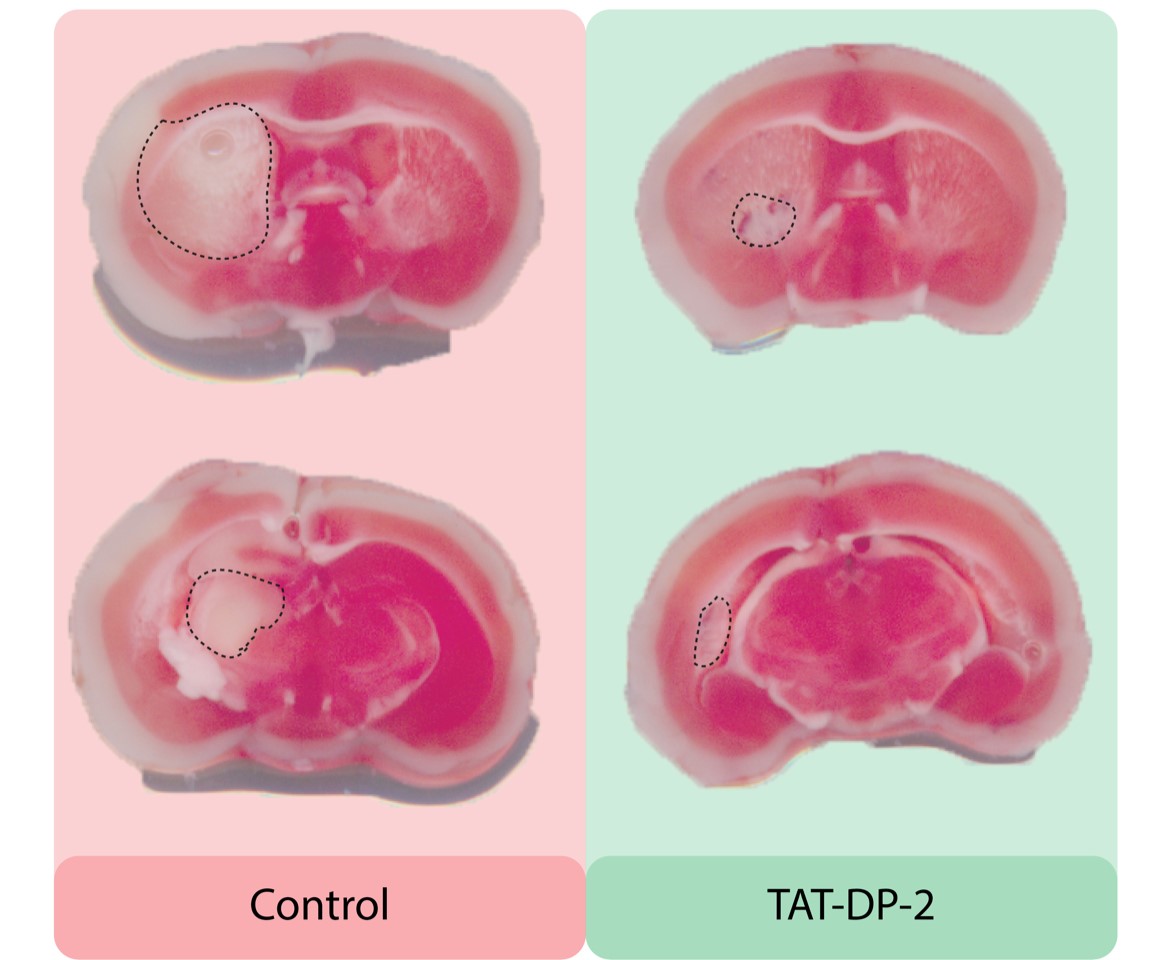 PITTSBURGH, July 1, 2020 – Neuroscientists at the University of Pittsburgh Brain Institute have identified a novel drug that could protect the brain during and after a stroke.

The study, published today in Science Advances, shows that injured neurons can remain viable if they are prevented from following biochemical pathways that lead to cell death.

“No drugs exist in clinical practice that are capable of blocking the cell death that occurs following stroke,” said Anthony Schulien, the study’s first author and a medical student in Pitt’s Physician Scientist Training Program. “These experiments provide exciting, early evidence of drug targets that we hope to one day translate to patients.”

A stroke occurs because a clot clogs a brain blood vessel, blocking blood and oxygen from reaching neurons and killing them, explained Elias Aizenman, Ph.D., senior author and professor of neurobiology at Pitt’s School of Medicine. Nearby neurons, in an area called the stroke penumbra, also can become dysfunctional and die hours or days later, even when their blood and oxygen supply was only mildly or transiently reduced.

“We are looking for ways to prevent these other neurons from dying, too,” Aizenman said. “If we can do that, recovery might be improved, and we might be able to better help people who have strokes in which the clot is in an inaccessible blood vessel or who could not get to the hospital in time for early intervention. With the right drug, we also may be able to slow the progression of a known stroke before a patient reaches the hospital.”

In previously published studies, Aizenman’s research team showed that the interaction between a potassium channel in the cell membrane called Kv2.1 and a protein called syntaxin encouraged potassium ions to leak out of the neuron, triggering cell death. And they found that using an experimental compound called TAT-C1aB could prevent cell death by interfering with the interaction of syntaxin and Kv2.1.

For this new study, the researchers identified two types of Kv2.1 channels in the neuronal cell membrane. One channel is routinely involved in cell excitability, while the other allows entry of additional, new Kv2.1 channels into the membrane, promoting the release of potassium and ultimately neuronal cell death.

Armed with this knowledge, the scientists created a new small protein called TAT-DP-2 that disrupts the passage of these new channels into the cell membrane, keeping potassium in the cell and halting the biochemical pathway for cell death.

Mice that received an injection of TAT-DP-2 after a stroke had smaller areas of stroke damage, and their long-term neurological function was better than that of untreated animals.

This research was funded by National Institutes of Health grant NS043277.

To read this release online or share it, visit https://www.upmc.com/media/news/070120-aizenman-science-advances.