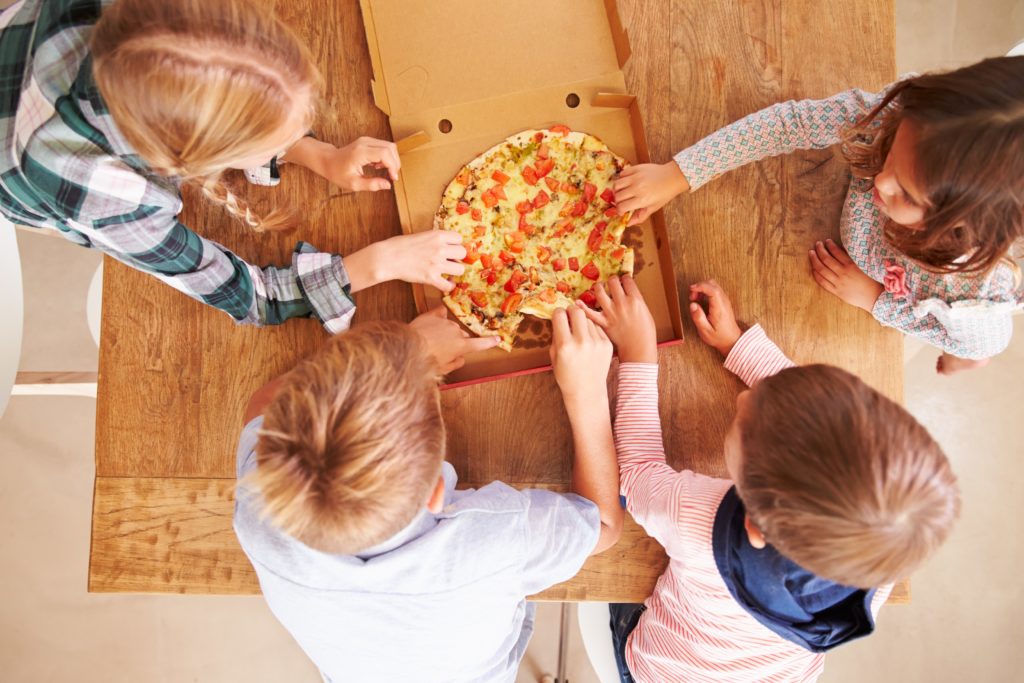 Childhood obesity affects about 13.7 million children and adolescents in the United States and has been increasing for more than four decades. It is a serious problem that puts children at risk for poor health and chronic disease. Unlike foods served in public schools, which must typically adhere to U.S. Department of Agriculture food guidelines to enable meal reimbursement, most faith-based and private schools and associated afterschool programs operate independently without dietary requirements.

A pilot study by researchers at Florida Atlantic University’s Christine E. Lynn College of Nursing is the first to examine foods served within faith community settings related to child health. Prior studies examining away‐from‐home meals have typically focused on those from restaurants, especially fast food establishments. Food is served at faith communities in association with religious activities; in preschool, school, afterschool programs; and sports programs.

Results of the study, published in the journal Public Health Nursing, found that main dishes were mostly (71 percent) convenience/casserole-type foods, specifically pizza and pasta‐based casseroles. These meals averaged 962 milligrams of sodium and 436 calories, with 36 percent of energy from fat and 14 percent as saturated fat. Cheese was the main source of dairy products. Grain‐based side dishes, provided at 29 percent of meals, included white rice, pasta and bread. Non‐starchy vegetables were provided at three (29 percent) meals. Fruits were served at six events. Desserts, which were served at 75 percent of the events, contained 41 percent of energy from fat, with 17 percent as saturated fat, and 22 grams of added sugar. Snack chips were provided at 31 percent of events and contributed 165 calories mostly from fat and 243 milligrams of sodium. Sugar‐sweetened beverages, served at 71 percent of events, contributed 28 grams of added sugar.

“Eating out and snacking are among the many factors contributing to higher sugar, fat and calorie intakes. For children, consuming sugary beverages and fast foods is associated with obesity and weight gain risks factors for chronic diseases,” said Andra S. Opalinski, Ph.D., lead author and an assistant professor in FAU’s Christine E. Lynn College of Nursing who co-authored the study with Sareen S. Gropper, Ph.D., a professor and registered dietitian in FAU’s Christine E. Lynn College of Nursing; and Andrea V. Parra, an undergraduate student from FAU’s Charles E. Schmidt College of Science. “Given the lack of food guidelines, the common practice of providing food, and the potential impact to the health of children, faith communities also represent sites where children consume away‐from‐home foods and therefore need to be considered as public health efforts expand to improve child nutrition.”

The researchers found that the decisions on what foods were served were made primarily by staff and volunteers. Faith community staff considered the “preparation time” and “taste preference of the children” as key factors in determining what foods are served. Given the identification of cost as a key factor in decisions on foods served at faith communities, the limited provisions of fruits and vegetables, which are among the most expensive items in the grocery store, was not surprising to the researchers. No whole‐grain foods were served with the reasons most likely related to perceived taste preferences of children by the faith community staff.

“Our study aligns with expanding public health efforts to identify and improve child nutrition in settings beyond schools and child‐care facilities and into other sites where children are in attendance,” said Opalinski. “Such changes are particularly important given the associations between poor diet and chronic disease risk and the influences that faith communities have on their congregation and child health.”

For the study, which took place within a large three-county region in South Florida, all documented foods and beverages, categorized by food group, were entered into a nutrition analysis software program and analyzed for mean energy, fat, saturated fat, sugar and sodium contents. The nutrition analysis software program, widely used for research studies, has an extensive food and nutrient database of more than 100,000 foods.

“Although this study is not specifically about faith and health, it contributes to the growing body of research on the importance of faith communities and religious institutions and practices in health behaviors and outcomes. This study is particularly unique because it examines the intersectionality of nutrition and sociocultural influences — including typical food preferences offered at faith community gatherings — on physical health outcomes,” said Safiya George, Ph.D., dean of FAU’s Christine E. Lynn College of Nursing. “My public health colleagues, Drs. Ken Resnicow and Colleen DiIorio, conducted a church-based study, Healthy Body Healthy Spirit, many years ago to improve fruit and vegetable intake and physical activity in adults. The current study by our FAU College of Nursing faculty is particularly important since childhood obesity remains a huge issue and a national priority and is largely understudied.”