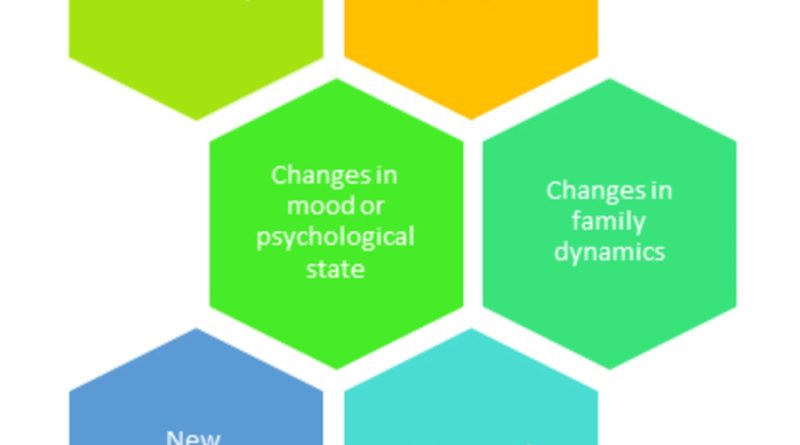 Becoming seizure-free after years of uncontrolled epilepsy might seem like a dream come true. But most people have problems adjusting to the change – problems that medicine may ignore or minimize.

Sarah Wilson, PhD, explains more about the “burden of normality” that arises after successful epilepsy surgery and how it can disrupt relationships and quality of life.

ILAE: From the moment anyone is diagnosed with epilepsy, the goal is clear: freedom from seizures. Whether it’s with the first medication prescribed, or with surgery years later, you may think that there’s no downside to achieving such a goal. After all, who wouldn’t want to be free of a chronic condition that limits their life?

As it turns out, there can be challenges to being seizure free after years of living with epilepsy. These challenges, collectively dubbed “the burden of normality”, can disrupt a person’s life and their relationships.

In the early 1990s, an Australian physician began following up with his patients who’d had epilepsy surgery. He naturally assumed that seizure freedom would lead to them experiencing happiness, contentment and success.

What he found surprised him.

Sarah Wilson, University of Melbourne: The burden of normality has got a very interesting history. It derived from initial observations that Dr Peter Bladin made in Australia. He pioneered the field of epilepsy in Australia; he set up the first comprehensive epilepsy program in Austin Hospital and as part of that, the first epilepsy surgery program.

They started to do standard temporal lobe resections, otherwise known as anterior temporal lobectomy, in the late 1970s, early ‘80s, but it didn’t really become a standard procedure until the late ‘80s or early ‘90s.

By then, they had about 115 patients who’d had the procedure. They’d come in from all over Australia, and Dr. Bladen wanted to know how they were doing after their surgeries. So he acquired a four-wheel drive vehicle and set off on a trip around Australia to see how they were faring.

He called in to their hometowns and met with them and their families, at their homes or at a local pub or community center. He talked to them about what life had been like after surgery.

A very interesting story started to emerge – whilst most of the patients were seizure free, many were struggling with adjustment issues.

This really surprised him. It struck him that in fact, some of them were struggling so much that they had considered ending their life. They were dealing with depression and suicidal thinking. The families also were struggling to cope with this new person – who are they, now that they don’t have their epilepsy?

He became very concerned that the key issues after surgery were psychosocial. So he started to write about patient experiences and coined the term “the burden of normality” to capture the idea that these patients were struggling with being well.

ILAE: If this phenomenon sounds difficult to believe, think about winning the lottery. Though many may dream about holding the winning ticket, those who realize this dream face many challenges. Their lives change dramatically, and not always for the better.

Some lottery winners have gone bankrupt. Some have lost friends and loved ones; others have had their lives threatened or contemplate suicide. At least one lottery winner has said, “I was much happier when I was broke.”

Peter Bladin understood that his patients’ experiences were not to be taken lightly.

Sarah Wilson: They hadn’t gone through the normal rites of passage, they hadn’t had normal developmental experiences, and yet post-surgery they were landed in this new space where everyone around them said, “Look, you’re better now, off you go and get on with your life!” But they were ill-equipped for this because they had none of those developmental life experiences to draw on. So they often found themselves feeling exposed.

They would say things like, “I kind of wish my epilepsy was back” and “People are expecting things of me that I don’t know how to deal with.”

Some people missed their epilepsy, describing it as an “old friend”, wishing it was still there because it was part of who they were, their sense of self. They’d had it all their lives and then it was gone.

ILAE: Family members changed too. Some of them felt that since they were now free of being caregivers, that maybe they’d be able to pursue other interests – or other relationships. Rates of marital separation were significant.

Some patients, in their zest to make up for lost time, precipitated post-operative seizures from too many late nights with not enough sleep. They stopped taking their medications and neglected to care for themselves the way they used to.

Sarah Wilson: That meant that they were engaging in behaviors that by their very nature were going to bring them undone.

ILAE: Dr Wilson, now professor and head of the Melbourne School of Psychological Sciences at the University of Melbourne, joined Dr Bladin’s research program after he returned from interviewing patients around Australia.

Sarah Wilson: I started to work with him as a postdoctoral fellow, and he wanted me to work on the science. He’d done this survey and I came in and did a scientific analysis and how we might conceptualize this.

We put the information into various domains of change, we audited more than 100 patient records with detailed qualitative and quantitative analysis, and out of that we were able to say that about 60% to 70% of patients who are rendered seizure free report at least some features of the burden of normality.

We were also able to describe its longitudinal course, how it unfolds. Different issues emerge at different time points after surgery, and it has a very characteristic pattern or process.

We described this in the literature and provided a framework for setting up a psychosocial rehabilitation program that involves pre-operative preparation, working with patients and families to prepare them and make it clear that surgery is not just a medical procedure. The program looks at expectations and current lifestyle issues, getting patients ready and pre-empting the types of issues that might arise after surgery, and providing the support that they might need.

We also leveraged funds from the government for patients to fly down for follow-up reviews at regular intervals – 1, 3, 6, 12 and 24 months after surgery. That allowed us to get a comprehensive account of post-operative adjustment issues.

ILAE: The work was done in the late 1990s and early 2000s; yet 20 years later, such rehabilitation programs are not common. Though some European centers have excellent post-surgery services, they are rare in the United States, and nonexistent in many countries.

Sarah Wilson: It’s really dependent on local conditions, regulations, health insurance policies, funding arrangements and the like, as to whether you have one of these programs.

ILAE: There’s no solid way to predict who is at risk for adjustment issues after surgery, but research is revealing some patterns. People with an epilepsy onset during adolescence—a time of great change and self-definition—are at greater risk. Wilson and colleagues also have found that people who have personality profiles high in neuroticism and low in extraversion may be more likely to have difficulties with mood and family relationships after surgery.

Regardless of personality or epilepsy onset, successful epilepsy surgery alters a person’s life.

Sarah Wilson: There’s this fundamental question among epilepsy patients – who am I, now that I don’t have my epilepsy? And some patients will say extraordinary things: I feel like a baby, like I’m brand new, like I’ve been born again and I have to rediscover who I am.

The core to this, and the work that I did with Dr Bladin, was this idea of a fundamental shift in identity – it’s a transformative experience. And we don’t get many of those in life, but when we do, wow! We know they’ve happened.

And some people experience it from the moment they come to after surgery. For others, it kind of creeps in and emerges as they get out and realize how the surgery has affected their seizures.

For that reason we thought well, this reaction can’t be specific to epilepsy – there are core features of transformation and life experiences, and theoretically they could apply to a range of medical conditions where people are rendered well after having a chronic condition.

So in my lab, my student Duncan Fraser looked at the narcolepsy population. They’ve had sleep attacks for years; they’re very debilitating and really change their psychosocial functioning and experiences in life. Then they get diagnosed and put on a medication that fixes that set of issues, and lo and behold, they report features of the burden of normality.

Then we thought well, what about non-neurological patients? Is this something to do with the brain? Because there is an aspect of identity tied up with a neurological condition and maybe that’s something specific.

ILAE: Wilson’s student Natalie Genardini looked at people with congenital heart issues whose conditions were corrected with a simple procedure. She compared them with a group who had sudden cardiac events. Her findings showed that those with lifelong heart conditions that were suddenly resolved with surgery experienced features of the burden of normality, too.

Sarah Wilson: At the same time, a group of French neurologists that worked with Parkinson’s disease patients picked up what we were doing in epilepsy and thought, “This looks like what our patients are describing after deep brain stimulation (DBS).” It’s very striking – the patient is in the surgical theatre, they do the procedure and the patient literally walks out of the theatre with their symptoms quelled. The researchers started writing me, saying, “This is what we think is going on with the Parkinson’s population,” so we provided them with our interview schedule and scientific methods.

ILAE: In June 2019, a systematic review of more than 80 studies in the Parkinson’s literature found strong support for the burden of normality model among these patients.

Other procedures, such as organ transplant and brain stimulation for autism or depression, may also provide avenues for illustrating the psychosocial issues that can come with successfully treating a chronic condition.

The burden of normality is real, and it’s common. Like winning the lottery, sudden freedom from previously disabling symptoms can be both a blessing and a curse. Wilson says it’s up to the medical community to recognize this and take action.

Sarah Wilson: We know that a high percentage of patients have these issues, and many of them can be quite severe. They may require readmission; if they have a significant post-operative mood disorder, they may attempt suicide.

The responsibility is on us. We’ve taken them through a procedure, and the job’s not done once the operation’s done. If we’re engaging in a whole-person model of care and treatment, we need to help them navigate what lies ahead for them in life as they become a person without epilepsy.

Wilson et al. 2001. The “burden of normality”: concepts of adjustment after surgery for seizures

Baertschi et al. 2019. The burden of normality as a model of psychosocial adjustment after deep brain stimulation for Parkinson’s disease: A systematic investigation

Wilson et al. 2007. The burden of normality: A framework for rehabilitation after epilepsy surgery