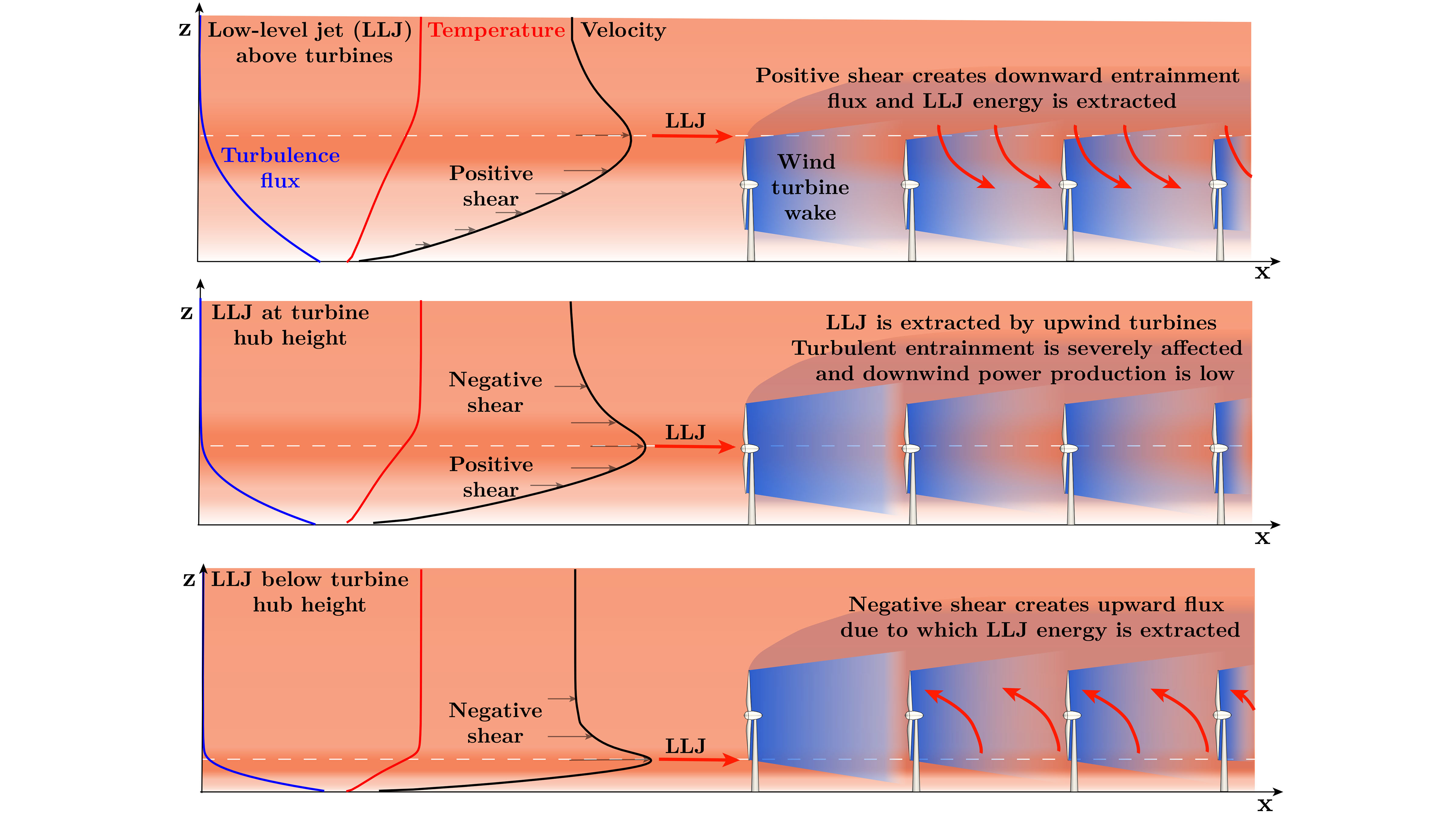 WASHINGTON, February 23, 2021 — As one of the leading sources of clean and renewable energy, global wind power capacity has increased more than fivefold over the past decade, leading to larger turbines and pushing wind technology to its limits.

“These much larger turbines are operating in very different atmospheric layers than smaller turbines used 5-10 years ago,” said Srinidhi Gadde, one of the authors of a paper in the Journal of Renewable and Sustainable Energy, from AIP Publishing, that examines the impacts of turbine height. “At these scales, local meteorology and extreme shear events, which frequently occur, can impact power production.”

Low-level jets, which are maxima in wind velocity in the lower atmosphere, are one cause for concern with growing turbines. These strong, energetic wind flows can either have desirable or detrimental effects on the turbines, depending on how high the wind flows are in relation to the turbines.

“A simple way to think about LLJs is to visualize them as high-velocity ‘rivers’ or ‘streams’ of wind within the atmosphere,” Gadde said.

In their simulation of a wind farm with a 4-by-10 grid of turbines, Gadde and co-author Richard Stevens considered three different scenarios in which the LLJs were above, below, and in the middle of the turbine rotors.

When the jets and the turbines were at the same height, the researchers found the front rows blocked wind access downstream, causing a reduction in power production in each successive row. Relative to this equal height scenario, a larger downstream energy capture was observed in both other cases, though by different mechanisms.

For high jets, the turbulence generated in the wakes of the turbines pulls the wind from the upper atmosphere down toward the turbines in a process called downward vertical kinetic energy entrainment, leading to large amounts of power production. More surprisingly, when the jets are low, the reverse process occurs. High-velocity wind from the LLJ is pushed upward into the turbine, a previously unknown phenomenon, which the authors termed upward vertical kinetic energy entrainment.

Gadde said he looks forward to applying this work to drive innovation and functionality to meet future power demands, which will require an even deeper understanding of events like LLJs and additional observations of these phenomena.

Journal of Renewable and Sustainable Energy is an interdisciplinary journal that publishes across all areas of renewable and sustainable energy relevant to the physical science and engineering communities. Topics covered include solar, wind, biofuels and more, as well as renewable energy integration, energy meteorology and climatology, and renewable resourcing and forecasting. See https://aip.scitation.org/journal/rse.