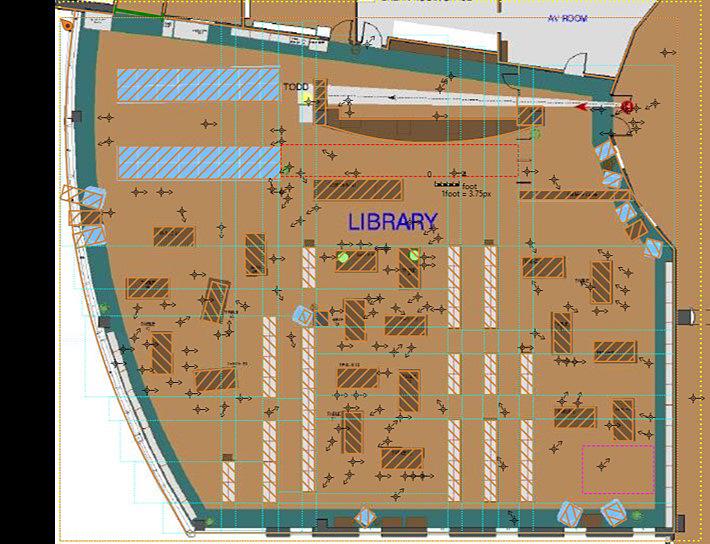 WEST LAFAYETTE, Ind. – Run, hide, fight. It has become a mantra for how to act during an active shooter situation. The idea is to escape the situation or protect oneself, and counter the gunman as a last resort.

A Purdue University researcher and his students have come up with a novel way to test how well “run, hide, fight” works in an active shooter situation. They created a computer model, based on the 1999 shooting at Columbine High School, which looks at what happens to victims caught in shooter situations to provide better training for schools and other organizations. A video about the technology is available at https://www.youtube.com/watch?time_continue=117&v=ODU4wdoqvKw.

“We obviously hope these tragedies are avoided, but we want to provide information that those caught in active shooter situations can use to survive and potentially help others make it out alive,” said Eric Dietz, director of the Purdue Homeland Security Institute and a professor of computer and information technology in the Purdue Polytechnic Institute.

Dietz and his students worked with the AnyLogic Co., a group based in Chicago that creates simulation tools, to develop their computer model. The Purdue team presented its model at the AnyLogic Conference in April in Austin, Texas.

The Purdue team used its computer model to focus on what happened inside the library at Columbine on the day of the shooting. The researchers have run multiple scenarios to determine the likely number of victims and survivors based on various actions taken by those caught in the library when the massacre began.

“We find that the number of casualties is higher in situations like Columbine when more people try to hide instead of run,” said Dietz, who previously served as the founding executive director of Indiana’s Department of Homeland Security. “That’s not to say it is the best action every single time, but rather we want to use our model and some of our research to better inform schools on active shooter training and survival information. Running from the situation is often linked to the best outcomes.”

Dietz and his team at the Purdue Homeland Security Institute are working on a number of projects related to public safety. They have worked with the Purdue Research Foundation Office of Technology Commercialization on patenting some of their technology.

The Purdue Research Foundation Office of Technology Commercialization operates one of the most comprehensive technology transfer programs among leading research universities in the U.S. Services provided by this office support the economic development initiatives of Purdue University and benefit the university’s academic activities through commercializing, licensing and protecting Purdue intellectual property. The office is managed by the Purdue Research Foundation, which received the 2016 Innovation and Economic Prosperity Universities Award for Innovation from the Association of Public and Land-grant Universities. For more information on licensing a Purdue innovation, contact the Office of Technology Commercialization at otcip@prf.org. For more information about funding and investment opportunities in startups based on a Purdue innovation, contact the Purdue Foundry at foundry@prf.org.The Purdue Research Foundation is a private, nonprofit foundation created to advance the mission of Purdue University.