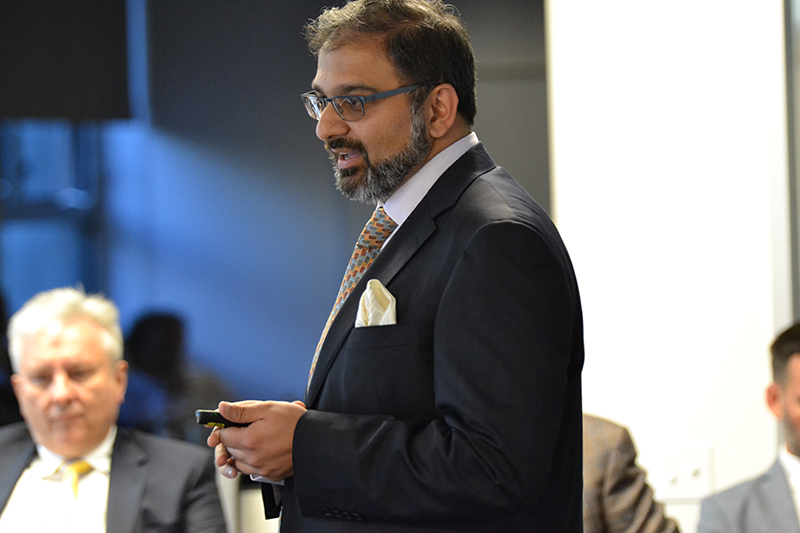 Irfan Siddiqi, director of Berkeley Lab’s Advanced Quantum Testbed, has been featured on the potential of quantum technologies in MIT Technology Review and NBC’s PressHere and also given testimony to the Senate Committee on Energy and Natural Resources on training the future quantum workforce.

Irfan’s group, the Quantum Nanoelectronics Laboratory, investigates the quantum coherence of various condensed matter systems ranging from microscopic nanomagnets such as single molecule magnets to complex macroscopic electrical circuits. To measure the electric and magnetic properties of these quantum systems, they are developing novel microwave frequency quantum-noise-limited amplifiers based on superconducting Josephson junctions formed by both oxide tunnel barriers and weak links.

Irfan Siddiqi received his AB (1997) in chemistry & physics from Harvard University. He then went on to receive a PhD (2002) in applied physics from Yale University, where he stayed as a postdoctoral researcher until 2005. Irfan joined the physics department at the University of California, Berkeley in the summer of 2006. In 2006, Irfan was awarded the George E. Valley, Jr. prize by the American Physical Society for the development of the Josephson bifurcation amplifier. In 2007, he was awarded the Office of Naval Research Young Investigator Award, the Hellman Family Faculty Fund, and the UC Berkeley Chancellor’s Partnership Faculty Fund.

Though ‘unsurprising,’ U.S. Supreme Court decision on Affordable Care Act a relief for many