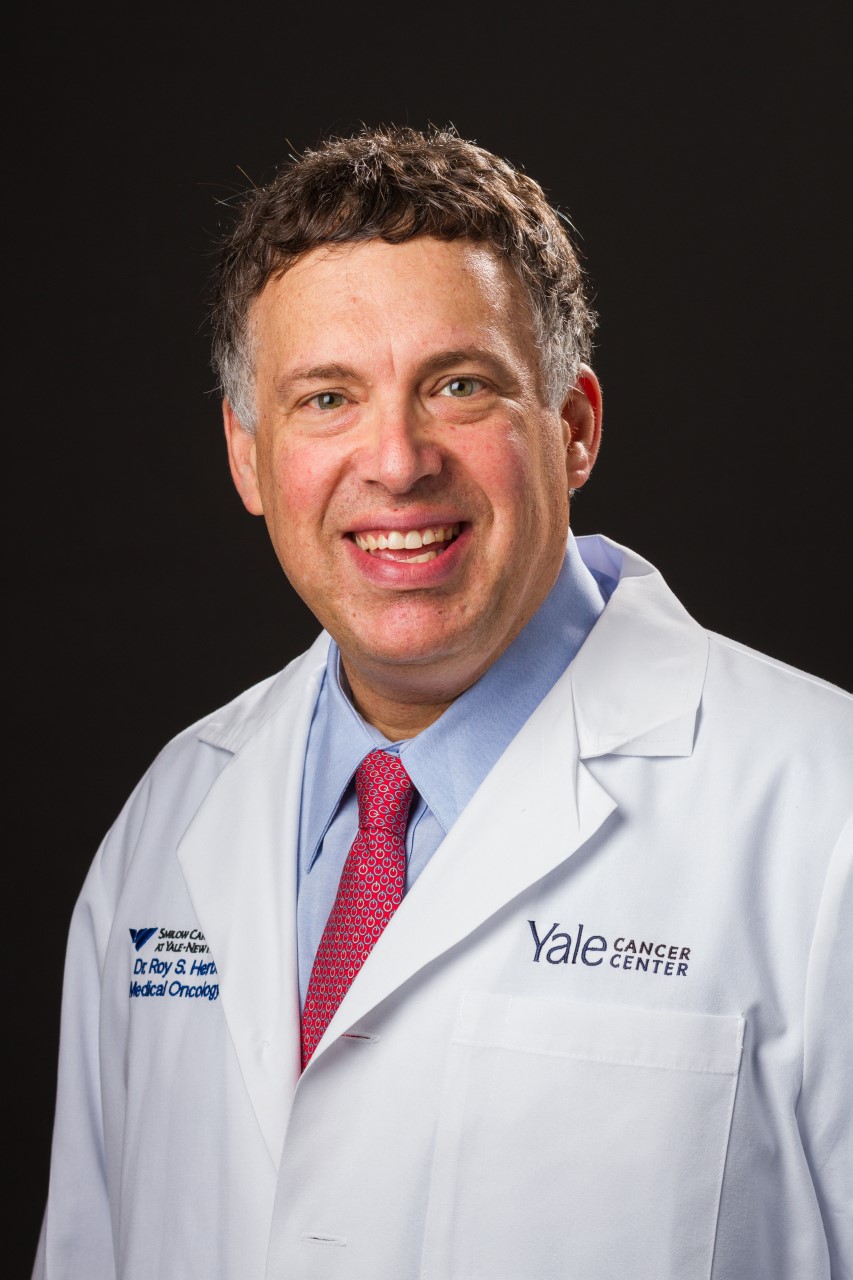 The immunotherapy drug atezolizumab improves survival over standard chemotherapy for many patients with newly diagnosed non-small cell lung cancer (NSCLC), according to a new study led by Yale Cancer Center (YCC) researchers. The findings, from a global randomized phase 3 clinical trial published today in the New England Journal of Medicine, support the U.S. Food and Drug Administration’s approval of the drug for this indication in May.

“These are exciting results that could be life-changing for many patients,” said Roy S. Herbst, MD, PhD., Chief of Medical Oncology at YCC and Smilow Cancer Hospital, Associate Cancer Center Director for Translational Research at YCC, and lead author of the study. “Lung cancer is the most common cancer worldwide, with more than 1.5 million patients diagnosed each year. Half of patients are diagnosed with metastatic disease and they could be a candidate for this drug.”

Atezolizumab is a “checkpoint inhibitor” drug designed to help immune system cells called T cells destroy cancer. The drug targets a protein known as PD-L1 on the surface of tumor cells, which can signal T cells not to attack, so stopping this signaling can unleash the T cells against cancer.

“Also encouraging is that atezolizumab was generally well tolerated,” said Herbst. “Side effects for patients were similar to those seen in other trials of the drug, which has been approved for treatments of several types of cancer.”

“Among these patients with NSCLC, those with high tumor mutational burden who received atezolizumab showed improved progression-free survival of seven months versus four months for those given chemotherapy,” said Herbst. “This finding suggests that the biomarker should be explored further.”

Atezolizumab is the first PD-L1 inhibitor shown to beat chemotherapy as a first-line monotherapy among people with NSCLC. Pembrolizumab, an agent that inhibits the PD-1 protein on the surface of T cells to which PD-L1 binds, was approved previously for this indication.

Yale scientists led the first phase one clinical trial of atezolizumab in this population in 2012 and moved the drug candidate all the way to the global phase 3 trial. Ongoing clinical studies are now analyzing combinations of atezolizumab with other drugs to treat people with NSCLC.

Funding was provided by Genentech.