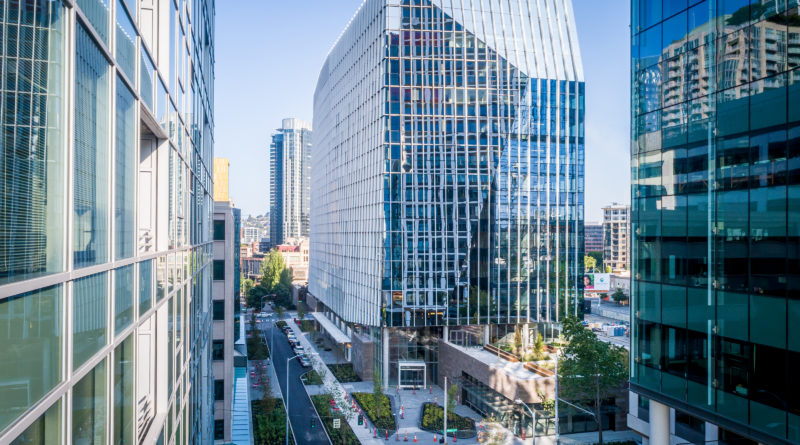 “The potential reach of the research and activities taking place in Building Cure is expansive,” said Dr. Jim Hendricks, president of Seattle Children’s Research Institute. “Discoveries made at Building Cure will positively impact the lives of children not just in Seattle and our region, but around the world.”

Cancer T-cell immunotherapy, which uses a patient’s reprogrammed immune cells to target and destroy their cancer, is one research advance already tackling the most difficult to treat childhood cancers through a robust pipeline of clinical trials at Seattle Children’s and its partner institutions. Building Cure will increase Seattle Children’s capacity to produce investigational cancer immunotherapies and other cell therapies with the introduction of the Cure Factory™ facility, a new Therapeutic Cell Production Core. Each year, the Cure Factory is capable of manufacturing cancer-fighting T cells and other cell therapies for up to 1,000 children.

Jedd Feliciano, 16, is living proof of the hope T-cell immunotherapy offers. Jedd was diagnosed with acute lymphoblastic leukemia just before the start of his freshman year of high school. Soon after beginning chemotherapy, Jedd and his mom, Maryn Sage, learned that his cancer was resistant to treatment. With no other options, Jedd was enrolled in the PLAT-02 immunotherapy trial at Seattle Children’s and received his T cells eight weeks after his diagnosis. The investigational therapy worked and two years later this September, Jedd was able to attend his first day of high school as a junior.

“Seattle Children’s is going to cure pediatric cancer someday, they just will,” Sage said. “And I have 100 percent confidence in that because of what they’ve done for my son. The work they’re doing in Building Cure is going to save kids all over the world.”

Also housed at Building Cure is the Science Discovery Lab – a dedicated laboratory where students in grades 8-12 can interact with scientists and do authentic experiments directly linked to the immunotherapy, gene editing and infectious disease research underway at Seattle Children’s.

“It’s an exciting time for science in Seattle, a city known worldwide for its contributions to technology and innovation,” said Dr. Jeff Sperring, CEO of Seattle Children’s. “Building Cure will not only help today’s researchers fulfill our mission to help every child live the healthiest and most fulfilling life possible, but also inspire future generations of scientists to bring more cures to more children faster.”

As part of the grand opening celebration, eighth graders from Visitation Catholic STEM Academy in Tacoma will participate in the inaugural class in the Science Discovery Lab, which also includes future plans to offer year-round after-school programs and Saturday science clubs, teacher development and community events. With these combined programs, the Science Discovery Lab has the potential to serve up to 10,000 students, 100 teachers and 2,000 community members per year.

Other laboratory spaces in Building Cure will be built out and developed over time to accommodate the research institute’s growth in a way that’s responsive to future pediatric research needs and technological breakthroughs.

Members of the public are invited to experience Building Cure from its dedicated green spaces on Terry Avenue. A 90-foot mural depicting the history and mission of research at Seattle Children’s and display cases featuring research advances at Seattle Children’s welcome visitors at the building’s street level entrance. A 225-seat auditorium will host meetings and events for the scientific community.