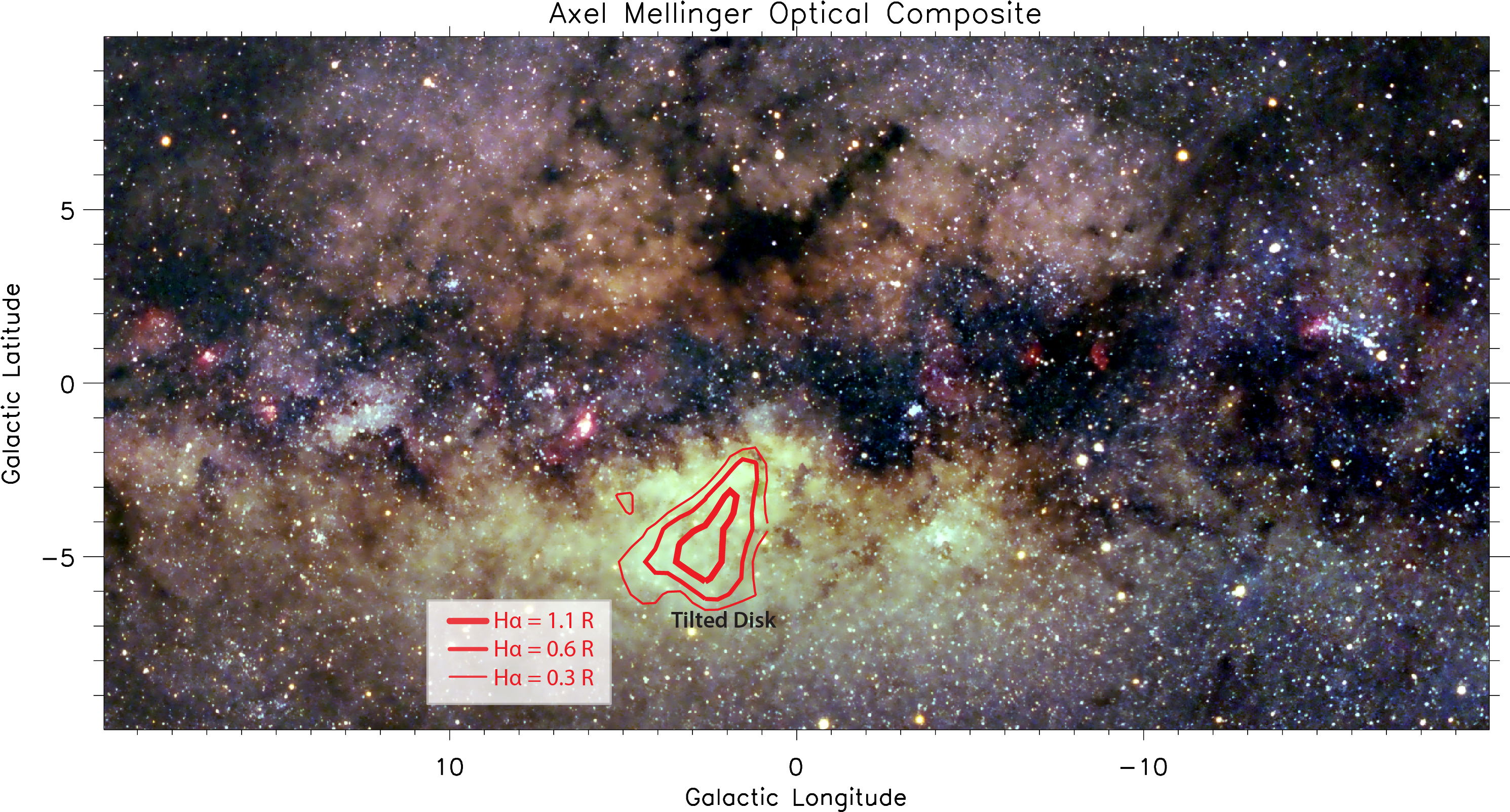 MADISON, Wis. — Thanks to 20 years of homegrown galactic data, astronomers at the University of Wisconsin–Madison, UW–Whitewater and Embry-Riddle Aeronautical University have finally figured out just how much energy permeates the center of the Milky Way.

The researchers say it could one day help astronomers track down where all that energy comes from. Understanding the source of the radiation could help explain not only the nature of the Milky Way, but the countless others that resemble it.

In many ways, the Milky Way is among the most mysterious galaxies. Although we call it home, our view of the galaxy’s dense and active center is blocked by immense clouds of dust. However, working with the Wisconsin H-Alpha Mapper telescope, (WHAM), the researchers recently stumbled onto a fortuitous path toward understanding more about the energy at the center of the Milky Way.

A few years ago, Benjamin was reviewing two decades worth of information gathered by WHAM about ionized hydrogen gas across the entire galaxy. Gas that’s ionized has absorbed enough energy to strip it of its electrons, and it gives off a red hue that telescopes can capture.

He noticed an anomaly. In a bubble protruding beneath the dark dust toward the center of the galaxy, some of the gas was heading in the direction of Earth when that shouldn’t have been possible.

“That didn’t make any sense because galactic rotation can’t produce that,” says Benjamin.

The errant gas not only begged to be explained, but also offered an opportunity to understand the energy permeating the galactic center. Because the bubble of gas extended away from the heaviest clouds of dust, it allowed the researchers to see further toward the galactic center than is normally possible. Measuring how much of the gas was ionized would tell them how much radiation existed in the galactic center.

So, Krishnarao set WHAM’s sights squarely on this protruding bubble to gather additional information on the ionized nitrogen, oxygen and hydrogen that resided there. He then turned his attention to a 40-year-old model of galactic gas that might help him explain his data.

The model attempted to explain the extent of the neutral, or non-ionized, gas within the protruding bubble. Krishnarao first refined the model’s prediction of the shape of the gas, and then he adapted it to account for ionized gas as well.

By combining the raw data from WHAM with the updated model, the astronomers were able to estimate the three-dimensional size, location and composition of ionized gas. The results showed that there was a large amount of ionized gas permeating the center of the Milky Way, which had never been seen before.

“It was surprising to us because we’d only known about the neutral gas before,” Benjamin says. “But compared to other galaxies we’ve observed, the amount of ionized gas looked pretty normal.”

Krishnarao’s team also noticed that the composition of the ionized gas — and thus the nature of the radiation that produces it — changes as you move away from the center of the galaxy.

“That’s telling us that what’s happening at the very nucleus of our galaxy, really close to that central supermassive black hole, is different than what’s happening a little bit farther away,” says Krishnarao.

The overall radiation at the galactic center places it into a category known as LINER. About one-third of all galaxies we can see are LINERs. It’s a catch-all term for galaxies with more radiation at the center relative to galaxies dominated by star formation, but less radiation than that produced by the galactic engines of mass-eating supermassive black holes known as active galactic nuclei. Not too much, and not too little, the Milky Way plays the role of the Goldilocks of galactic radiation.

The researchers were also able to explain the gas’s unusual trajectory. The three-dimensional location of the gas showed that it was on an orbit headed toward Earth due to the elliptical rotation of the bar of the Milky Way.

However, the source of radiation in LINER galaxies remains a mystery. Now that it’s known the Milky Way falls into that category, it offers a chance for up-close observations of radiation sources to try and pin down just what creates all that energy.

Krishnarao is now studying whether barred spiral galaxies like our own are prone to being LINERs, and what could explain that association. The answers will help make sense of the Milky Way’s sister spiral galaxies, spread throughout the universe, and give us a deeper understanding of our galactic home.