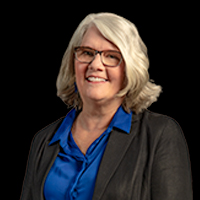 Jennifer Pollock, PhD, FAPS, FAHA, holds an endowed professorship in nephrology in the Department of Medicine, Division of Nephrology, at the University of Alabama at Birmingham (UAB). She is the co-director of the Department of Cardio-Renal Physiology and Medicine and co-director of the Center for Clinical and Translational Sciences TL1 Predoctoral Training Program at UAB. Pollock is also the director of the Kidney Pipeline Programs, which include the PRIME T32 training program, the UAB KURE R25 summer undergraduate research training program and the UAB PROmoTE R25 team science research training program. She earned her doctorate in biological chemistry from the University of North Carolina at Chapel Hill.

Dee U. Silverthorn, PhD, FAPS, FAAA, FAAAS, is a professor emerita in the Dell Medical School at the University of Texas at Austin (UT Austin). She was previously a Distinguished Teaching Professor of Physiology at UT Austin. She earned her doctorate from the University of South Carolina.

Silverthorn has served the Society on the APS Council, as past chair and secretary of the Teaching of Physiology Section and as a past representative to the Joint Program Committee. She was editor-in-chief of Advances in Physiology Education from 2001 to 2007, is the outgoing chair of the Book Committee and is a member of the Team 2023 Task Force, a group of APS member leaders tasked with assisting in the development of the Society’s new annual meeting, PHYSIOLOGY 2023.

Silverthorn is a past recipient of the APS Guyton Educator Award and the University of Texas Regents’ Outstanding Teaching Award and has received 11 other teaching awards through the University of Texas. She received FAPS status in 2015 and is a Fellow of the American Association of Anatomy (AAA) and of the American Association for the Advancement of Science (AAAS).

Lacy Alexander, PhD, FACSM, is a professor of kinesiology at Pennsylvania State University in University Park (Penn State). She earned her doctorate in kinesiology from Penn State as well. Alexander is a past member of the APS Career Opportunities in Physiology Committee and was the Environmental & Exercise Physiology Section (EEP) representative to the Joint Program Committee from 2016 to 2019. She is the current chair of the EEP Section, a member of the Section Advisory Committee and an associate editor for the Journal of Applied Physiology.

Alexander is a past recipient of Penn State’s Pattishall Outstanding Research Achievement Award, the APS EEP New Investigator Award and the APS Cardiovascular Section Early Investigator Research Recognition Award. She is a Fellow of the American College of Sports Medicine (ACSM).

Margarita Curras-Collazo, PhD, FAPS, is an associate professor of neuroscience at the University of California, Riverside. She earned her doctorate in medical physiology from The Ohio State University. Curras-Collazo has served the Society in a variety of capacities, including program co-organizer for the inaugural California chapter of APS, past member and chair of the Porter Physiology Development Committee (now called the Diversity, Equity & Inclusion Committee), member of the Central Nervous System Section steering committee, Career Opportunities in Physiology Committee, APS-ADI Mastermind Group and as an undergraduate summer research host. She continues to serve on the editorial board for the American Journal of Physiology-Endocrinology & Metabolism.

Dexter Lee, PhD, is an associate professor of physiology at Howard University College of Medicine in Washington, D.C. He is also co-director of the Research Centers at Minority Institutions professional development program and is co-director of the Georgetown-Howard Universities Centers for Clinical and Translational Sciences TL1 program. Lee earned his doctorate in physiology from the University of Missouri-Columbia.

Lee was the inaugural president of the Greater Washington, D.C., Area chapter of APS; has served as a reviewer for the American Journal of Physiology-Regulatory, Integrative and Comparative Physiology; is a member of the Career Opportunities in Physiology Committee; and is a past keynote speaker for the APS Minority Travel Fellows luncheon at Experimental Biology. He has received numerous NIH awards and is a past recipient of the APS Early-career Research Award.

NOTE TO JOURNALISTS: For more information, please contact the APS Communications Office or 301.634.7314.

Physiology is a broad area of scientific inquiry that focuses on how molecules, cells, tissues and organs function in health and disease. The American Physiological Society connects a global, multidisciplinary community of more than 10,000 biomedical scientists and educators as part of its mission to advance scientific discovery, understand life and improve health. The Society drives collaboration and spotlights scientific discoveries through its 16 scholarly journals and programming that support researchers and educators in their work.