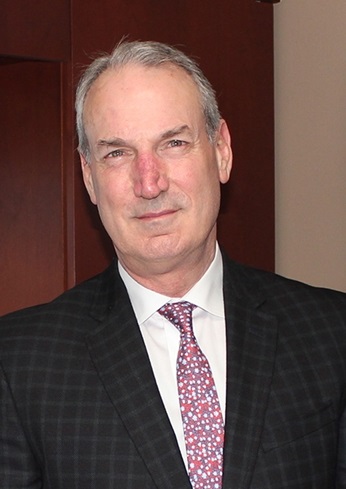 Dr. Douglas E. Wood describes the findings from the European trial and what they mean for policy and program development for lung cancer early detection through CT screening.

In January 2020, the American Cancer Society reported the largest one-year drop in cancer mortality, a reduction of 2.2% from 2016 to 2017.1 The decline in lung cancer deaths drove the record drop, with annual reductions in lung cancer deaths of 4-5% per year since 2013. And what was occurring in 2013? The initiation of lung cancer screening programs. The NLST had been published in 2011, and although public policy had not yet supported payment for lung cancer screening, many programs had begun screening patients due to the strong positive results of the NLST, resulting in early detection and curative intent surgery. To be fair, at the same time, rapid advances were occurring in advanced lung cancer with the development of targeted and immunotherapy, and so patients were benefiting from early detection and surgery for early stage cancer, as well as better therapy for stage IV cancer.

The NLST was a massive undertaking sponsored by the National Cancer Institute Division of Cancer Prevention in partnership with the American College of Radiology Imaging Network, and randomized over 53,000 individuals to screening with LDCT or chest x-ray (CXR). Individuals at high risk of lung cancer (age 55-74, > 30 pack/years smoking, < 15 years smoking cessation) were enrolled starting in 2002, receiving baseline imaging followed by 2 years of annual imaging. A positive result was announced in November 2010 and published in the NEJM in May 2011. The NLST demonstrated a 20% lung cancer mortality reduction and a 7% all-cause mortality reduction in the LDCT study population.2  This was a seminal event in the management of lung cancer, the most common cause of cancer death in the United States. For the first time, early detection through screening demonstrated success in a high rate of identifying early stage lung cancers, allowing patients to undergo curative intent surgical resection, with a profound mortality benefit. Lung cancer, far more deadly than the commonly screened cancers (breast, colon, prostate), now had the potential of screening as well.

Lung cancer experts almost universally heralded the NLST results as a sea change in lung cancer, yet some health care policy experts raised concerns and questions and opposed rushing too quickly to adopting lung cancer screening as a new preventive service. The National Comprehensive Cancer Network (NCCN) was the first to develop new lung cancer screening guidelines,3 which have been updated annually.4 A key principle of the NCCN guidelines was translating the inclusion criteria of the NLST into pragmatic guidelines that recommended screening for individuals with similar levels of lung cancer risk to those studied in the NLST.5 Other guidelines groups felt that lung cancer screening could only be recommended for individuals identical to the NLST study population,6 because “the NLST was only one trial and harms may outweigh the benefits.” Nonetheless, the United States Preventive Services Task Force (USPSTF) recommended lung cancer screening, requiring coverage as a preventive service for privately insured patients in the United States, effective January 1, 2015. The Society of Thoracic Surgeons worked closely with both the American College of Radiology and the Lung Cancer Alliance to help Medicare administrators develop a similar coverage policy for government insured patients, effective February 5, 2015. While multiple other guidelines groups also endorsed lung cancer screening, paradoxically the American Academy of Family Physicians (AAFP) rated the evidence as an “I” for insufficient evidence to support (or deny) lung cancer screening.

The Dutch–Belgian lung-cancer screening trial (Nederlands–Leuvens Longkanker Screenings Onderzoek [NELSON]) is a critically important addition to the evidence supporting early detection for patients at risk of lung cancer.7 First, it is another large trial that shows a substantial mortality benefit from CT screening; in fact, an even larger benefit than seen in the NLST. Screened NELSON patients benefited from a 24% mortality reduction (33% reduction for women). Second, the eligibility for screening was broader than that for the NLST, supporting broader inclusion for lung cancer screening in existing guidelines and policy. Third, the NELSON trial demonstrated a very low rate of referrals for “false positive” exams (2.1%)—one of the major concerns raised by those skeptical of screening benefits. Fourth, both the NLST and NELSON are believed to actually underestimate the true benefit of screening as they each only performed a baseline and two follow up scans, then ceasing further screening. After the final screen, one would expect the study group to revert back toward the control group as new cancers will subsequently develop at a similar rate in both populations.

Founded in 1964, The Society of Thoracic Surgeons is a not-for-profit organization representing more than 7,500 cardiothoracic surgeons, researchers, and allied health care professionals worldwide who are dedicated to ensuring the best possible outcomes for surgeries of the heart, lung, and esophagus, as well as other surgical procedures within the chest. The Society’s mission is to enhance the ability of cardiothoracic surgeons to provide the highest quality patient care through education, research, and advocacy.