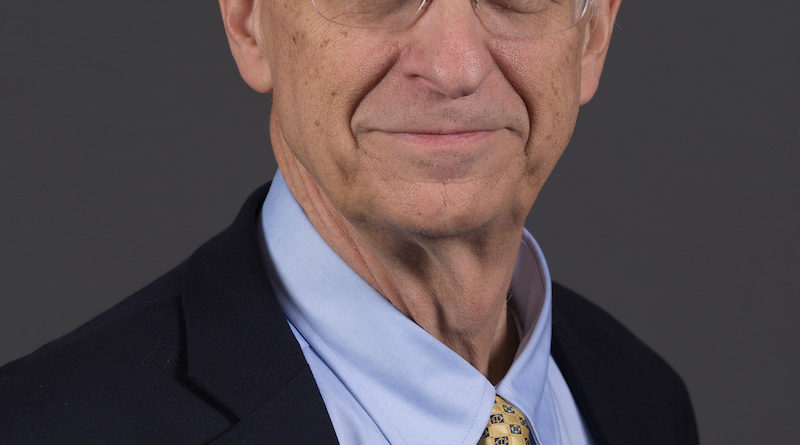 ROLLA, Mo. – As the 2020 elections approach, voters need to be aware of possibly malicious attempts to manipulate their opinions and their votes, according to Dr. George Markowsky, professor of computer science at Missouri University of Science and Technology.

Markowsky says the scope of election security extends beyond hacking of voting machines to the entire process, starting with online political campaigns. Markowsky is creating a Cyber Society Laboratory to study the interface between computers and society and recently gave a series of presentations on the Missouri S&T campus focusing on election security.

“Elections are a way to directly communicate with government. We need to look at the process as a whole system,” says Markowsky. “Ultimately, this issue affects everybody.”

Markowsky says someone might have a goal of hacking electronic voting machines on election day, or they could aim to influence elections much earlier through disinformation campaigns. He says the point of such a campaign is to sow suspicion and make voters unsure of the truth. Often, the perpetrators do not care which side wins, they just want to disrupt the process, Markowsky says.

“We cannot lose the ability to have rational discussions with those with whom we disagree,” says Markowsky. “We need to, as Americans, realize there are entities deliberately trying to make us see other Americans as enemies.”

Markowsky points out that social media and online news feeds play a large role in affecting voter viewpoints. When voters click on a post, the online outlet tracks page views and begins promoting stories that have similar perspectives to those the voters have already read. Pretty soon, Markowsky says, news “bubbles” are created and voters are presented with only one side of an issue.

“The public needs to demand substantive debates, not name calling,” Markowsky says. “And we need to realize that computers are tools, not masters.”

Here are links to Markowsky’s presentations on the topic of election security: