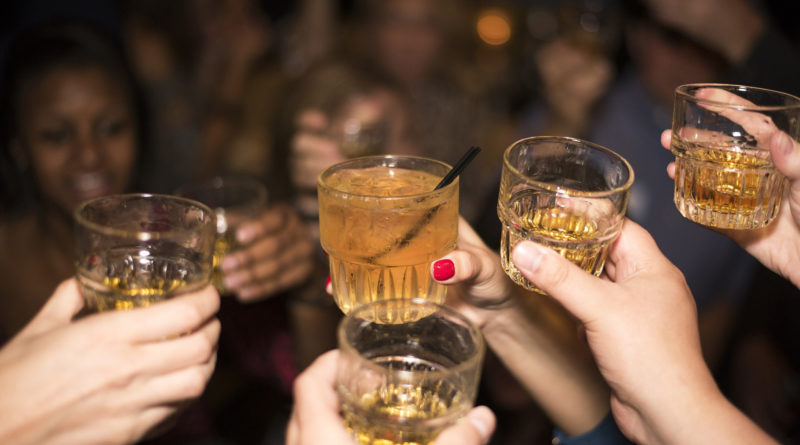 Brooke Arterberry, lead author and assistant professor of psychology at Iowa State University, says two in every five young adults reported a past-year SUD, consistent with the latest Diagnostic and Statistical Manual of Mental Disorders criteria (see below). The researchers found no significant difference in the prevalence among college students (39.6%) and non-college peers (44.5%). Just over 14% of college students and nearly 19% of non-college peers had multiple SUDs.

This is the first study to examine the prevalence, remission and treatment associated with SUDs among young adults. The results show a majority of young adults with any SUD during their lifetime rarely achieved abstinent remission, and had not received treatment, regardless of education.

“It’s clear that substance use disorders are a public health issue, but we don’t know why young adults are not seeking treatment,” Arterberry said. “We need more research to identify where to intervene and direct prevention efforts designed to encourage young adults to seek treatment.”

Arterberry and colleagues Sean Esteban McCabe, Carol Boyd and Brady West, with the University of Michigan; and Ty Schepis, Texas State University; analyzed data from the 2012-2013 National Epidemiologic Survey on Alcohol and Related Conditions-III. The sample included 2,057 college students and 1,213 non-college peers. The survey included questions about substance use, psychiatric disorders and substance use treatment.

The researchers found young adult women who identify as lesbian had significantly higher rates of SUDs than heterosexual peers, but there was no difference among young adult men. Approximately 73.1% of men and 61.1% women with a lifetime personality disorder had a least one SUD in the past year. The researchers noted the percentages were significantly higher than those without personality disorders.

The percentage of young adults with a substance use disorder who were able to stop using substances was extremely low. Arterberry says only one in every 100 college students were able to stop. Based on the data, the researchers were not able to investigate why young adults are not seeking treatment. It is particularly troubling given the resources available to students on college campuses. They recommend future research focus on access and barriers to treatment.

Currently, substance use disorder diagnosis, research and treatment models focus on single substances. However,  McCabe, study principal investigator and co-director of the University of Michigan Center for the Study of Drug, Alcohol, Smoking, and Health, says the large numbers who report multiple substance use disorders supports the urgent need to shift the focus in that direction.

“Few studies have focused on addressing multiple SUDs and adverse effects of multiple SUDs,” McCabe said. “This is a major oversight because we know multiple SUDs are most prevalent during young adulthood, associated with a more persistent course, and can be more challenging to treat.”

The researchers recommend colleges and universities assess the prevalence of substance use and substance use disorders on their own campuses to address barriers to treatment and plan appropriate prevention and intervention efforts.