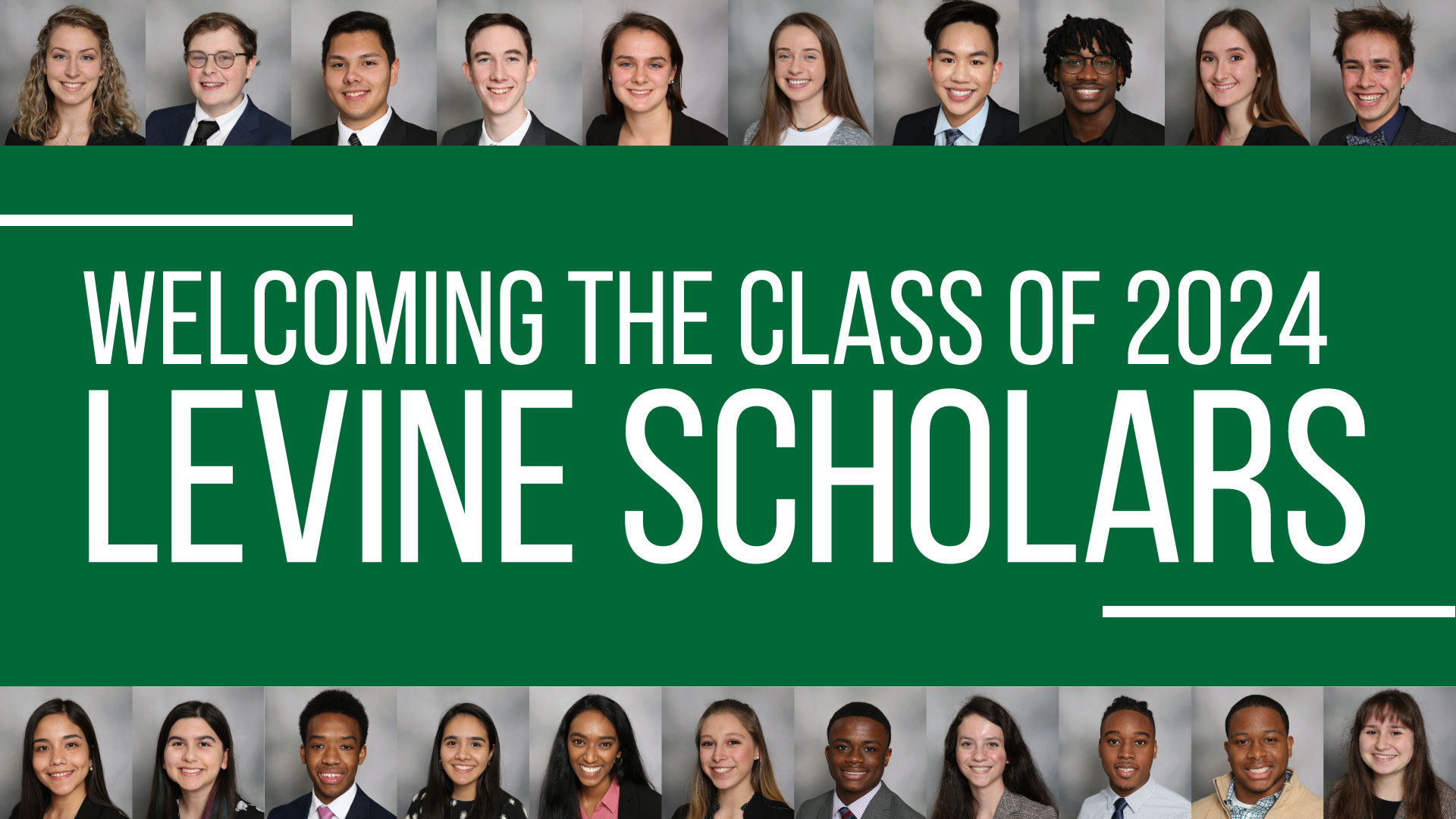 Twenty-one young leaders from across the United States have been selected as the 11th class of UNC Charlotte’s Levine Scholars Program, the University’s most prestigious merit-based scholarship.

Valued at approximately $105,000 per North Carolina student and $155,000 for each student from other states, it covers full tuition, housing, meals, books, summer experiences and other expenses. Additional funding for the Levine Scholarship Program supports civic engagement opportunities and professional development during the scholars’ academic years.

Levine Scholars are selected through a robust nomination and interview process conducted by select faculty, senior University leaders, program alumni and distinguished members of the Charlotte community. This year, the program saw the highest number of completed applications in its 11-year history.

“The response of top students from North Carolina and across the country continues to be outstanding,” said Chancellor Philip L. Dubois. “As with the program’s first 10 classes, the students who join us this fall as Levine Scholars are among the very best. We are very pleased that they have chosen UNC Charlotte.”

Established in 2009 with a $9.3 million gift from Leon and Sandra Levine through their foundation, the Levine Scholars Program was created to recruit outstanding high school students based on scholarship, ethical leadership and civic engagement. In 2014, the Levines made an additional $13 million gift, which increased the scholarship from 15 recipients to approximately 20 each year beginning with the class of 2016.

“We continue to be impressed by the outstanding potential of the students who join the Levine Scholars Program,” said Leon Levine. “We look forward to watching them grow through their University experiences and see their ongoing impact in our community, region and nation.

Individual headshots of the Levine Scholars can be downloaded here.