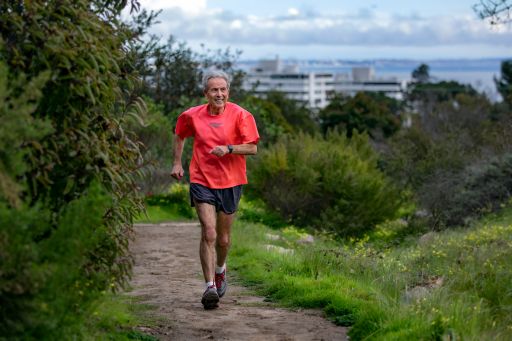 LOS ANGELES (March 5, 2020) — From California to Australia, wildfires are growing in frequency and ferocity. Climate scientists draw a direct line from rising global temperatures to a wildfire season that now lasts nearly the entire year.

The impact wildfires have on the quality of the air we breathe is one of the most apparent effects of climate change. The lungs can be a window to our overall health and Cedars-Sinai experts are seeing the impact of environmental changes on the health of patients.

Mosenifar explains that people don’t have to live next to the fire’s edge to be impacted. Small particles from a major burn can travel very long distances, eventually landing in the small airways of our respiratory system, causing irritation and inflammation.

“Emergency Department and clinic visits have been on the rise, especially by patients who already have a chronic lung disease like asthma or chronic obstructive pulmonary disease (COPD),” said Mosenifar.

Mosenifar also said that new research suggests that infants and young children may be particularly vulnerable to lung damage-and immune system disruption-even if they live far from the burn.

But the lung specialist believes there is still time to reverse course. Mosenifar is a long-distance runner who, at the age of 70, has completed 100 marathons. Air quality is always on his mind.

“When our family first moved to Los Angeles 45 years ago, I would see a massive brownish yellow haze that hovered over the city as I ran,” recalled Mosenifar. “But the city and the state took bold actions to improve the environment. Now, when I come over a hill and down into the city it is so clear. I am confident that we can make changes if we take the right steps to fight the impact of climate change now, so it will be a better, healthier world for our children and grandchildren.”

In the meantime, Mosenifar suggests focusing on creating a lifestyle that can help each of us avoid exposure to bad air particles from wildfires or other toxic sources. One thing he advocates is changing exercise habits.

“I run at 5 a.m. because the air is cleaner,” said Mosenifar, “and I try to be around green spaces, trees and plants which can also filter bad particles and carbon dioxide.”