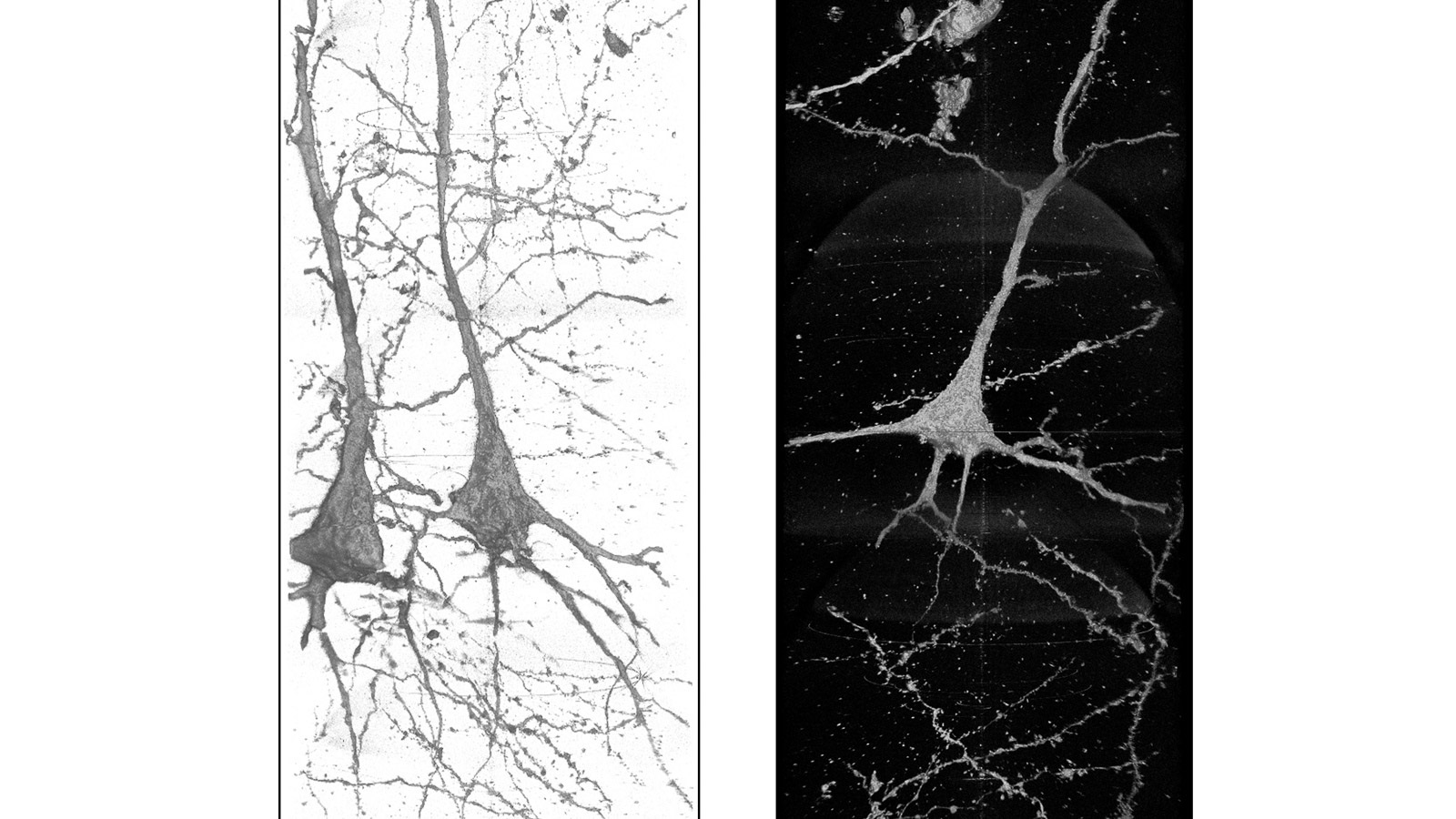 Schizophrenia, a chronic, neurological brain disorder, affects millions of people around the world. It causes a fracture between a person’s thoughts, feelings and behavior. Symptoms include delusions, hallucinations, difficulty processing thoughts and an overall lack of motivation. Schizophrenia patients have a higher suicide rate and more health problems than the general population, and a lower life expectancy.

There is no cure for schizophrenia, but the key to treating it more effectively is to better understand how it arises. And that, according to Ryuta Mizutani, professor of applied biochemistry at Tokai University in Japan, means studying the structure of brain tissue. Specifically, it means comparing the brain tissues of schizophrenia patients with those of people in good mental health, to see the differences as clearly as possible.

“There are only a few places in the world where you can do this research. Without 3D analysis of brain tissues this work would not be possible.” — Ryuta Mizutani, professor, Tokai University

“The current treatment for schizophrenia is based on many hypotheses we don’t know how to confirm,” Mizutani said. “The first step is to analyze the brain and see how it is constituted differently.”

To do that, Mizutani and his colleagues from several international institutions collected eight small samples of brain tissue — four from healthy brains and four from those of schizophrenia patients, all collected post-mortem — and brought them to beamline 32-ID of the Advanced Photon Source (APS), a U.S. Department of Energy (DOE) Office of Science User Facility at DOE’s Argonne National Laboratory.

At the APS, the team used powerful X-rays and high-resolution optics to capture three-dimensional images of those tissues. (Researchers collected similar images at the Super Photon Ring 8-GeV [SPring-8] light source facility in Japan.) The resolution of the X-ray optics used at the APS can be as high as 10 nanometers. That’s about 700 times smaller than the width of the average red blood cell, and there are five million of those cells in a drop of blood.

“There are only a few places in the world where you can do this research,” Mizutani said. “Without 3D analysis of brain tissues this work would not be possible.”

According to Vincent De Andrade, physicist in Argonne’s X-ray Science Division, capturing images at high resolution presents a challenge, since the neurons being imaged can be centimeters long. The neuron is the basic working unit of the brain, a cell within the nervous system that transmits information to other cells to control body functions. The human brain has roughly 100 billion of these neurons, in various sizes and shapes.

“The sample has to move through the X-ray beam to trace the neurons through the sample,” De Andrade explained. “The field of view of our X-ray microscope is about 50 microns, about the width of a human hair, and you need to follow these neurons over several millimeters.”

What these images showed is that the structures of these neurons are uniquely different in each schizophrenia patient, which Mizutani said is evidence that the disease is associated with those structures. Images of healthy neurons were relatively similar, while neurons from schizophrenia patients showed far more deviation, both from the healthy brains and from each other.

More study is needed, Mizutani said, to figure out exactly how the structures of neurons are related to the onset of the disease and to devise a treatment that can alleviate the effects of schizophrenia. As X-ray technology continues to improve — the APS, for example, is scheduled to undergo a massive upgrade that will increase its brightness up to 500 times — so will the possibilities for neuroscientists.

“The APS upgrade will allow for better sensitivity and resolution for imaging, making the process of mapping neurons in the brain faster and more precise,” De Andrade said. “We would need resolutions of better than 10 nanometers to capture synaptic connections, which is the holy grail for a comprehensive mapping of neurons, and those should be achievable with the upgrade.”

De Andrade also noted that while electron microscopy has been used to map the brains of small animals — fruit flies, for instance — that technique would take a long time to image the brain of a larger animal, such as a mouse, let alone a full human brain. Ultrabright, high energy X-rays like those at the APS, he said, could speed up the process, and advances in technology will help scientists get a more complete picture of brain tissue.

“The differences in brain structure between healthy and schizophrenic people must be linked to mental disorders,” he said. “We must find some way to make people healthy.”

Mizutani and his team reported their results in Translational Psychiatry.

About the Advanced Photon Source

The U. S. Department of Energy Office of Science’s Advanced Photon Source (APS) at Argonne National Laboratory is one of the world’s most productive X-ray light source facilities. The APS provides high-brightness X-ray beams to a diverse community of researchers in materials science, chemistry, condensed matter physics, the life and environmental sciences, and applied research. These X-rays are ideally suited for explorations of materials and biological structures; elemental distribution; chemical, magnetic, electronic states; and a wide range of technologically important engineering systems from batteries to fuel injector sprays, all of which are the foundations of our nation’s economic, technological, and physical well-being. Each year, more than 5,000 researchers use the APS to produce over 2,000 publications detailing impactful discoveries, and solve more vital biological protein structures than users of any other X-ray light source research facility. APS scientists and engineers innovate technology that is at the heart of advancing accelerator and light-source operations. This includes the insertion devices that produce extreme-brightness X-rays prized by researchers, lenses that focus the X-rays down to a few nanometers, instrumentation that maximizes the way the X-rays interact with samples being studied, and software that gathers and manages the massive quantity of data resulting from discovery research at the APS.