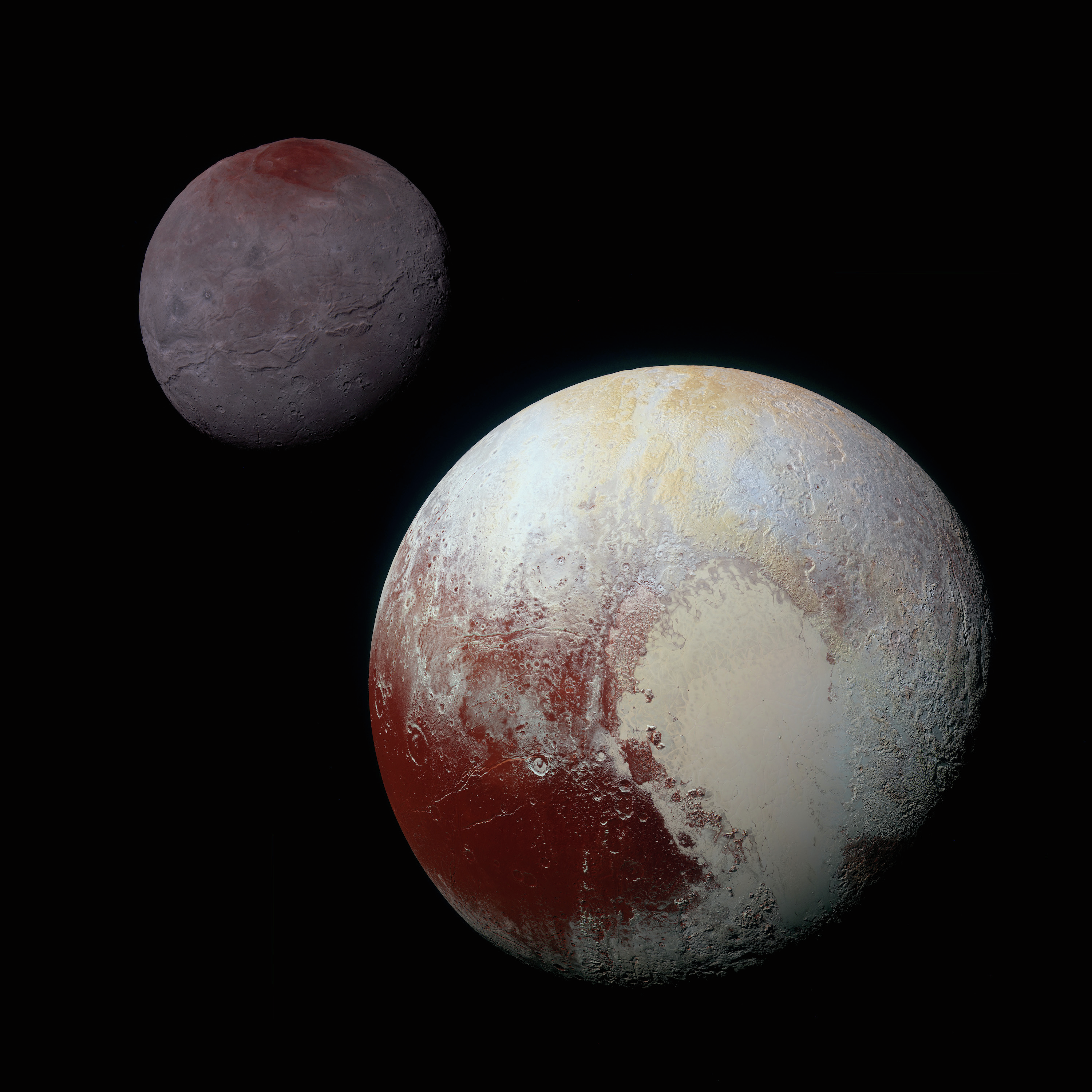 Beyond the orbit of Neptune, a diverse collection of thousands of dwarf planets and other relatively small objects dwells in a region called the Kuiper Belt. These often-pristine leftovers from our solar system’s days of planet formation are called Kuiper Belt Objects, or Trans-Neptunian Objects. NASA’s upcoming James Webb Space Telescope will examine an assortment of these icy bodies in a series of programs called Guaranteed Time Observations shortly after its launch in 2021. The goal is to learn more about how our solar system formed.

“These are objects that are in the graveyard of solar system formation,” explained Cornell University’s Jonathan Lunine, a Webb Interdisciplinary Scientist who will use Webb to study some of these targets. “They’re in a place where they could last for billions of years, and there aren’t many places like that in our solar system. We’d love to know what they’re like.”

By studying these bodies, Lunine and his colleagues hope to learn about which ices were present in the early solar system. These are the coldest worlds to display geologic and atmospheric activity, so scientists are also interested in comparing them with the planets.

Kuiper Belt Objects are very cold and faint, yet they glow in infrared light, which is at wavelengths beyond what our human eyes can see. Webb is specifically designed to detect infrared light. To study these distant objects, scientists mainly will use a technique called spectroscopy, which divides light into its individual colors to determine the properties of materials that interact with that light.

The denizens of the Kuiper Belt come in various shapes and sizes. Some reside in pairs or multiples, while others have rings or moons. They exhibit a wide range of colors, which may indicate different formation histories or different exposure to sunlight.

“Some seem to be redder in color, others are bluer. Why is that?” said Heidi Hammel, a Webb Interdisciplinary Scientist for solar system observations. She is also Vice President for Science at the Association of Universities for Research in Astronomy (AURA) in Washington, D.C. “Using Webb, we will be able to get information about surface chemistry that might be able to give us some clues into why there are these different populations in the Kuiper Belt.”

Kicked out of the Club

“Because they cross the orbits of Neptune, Uranus, and Saturn, centaurs are short-lived. So they are typically only around for about 10 million years,” explained John Stansberry of the Space Telescope Science Institute in Baltimore, Maryland. Stansberry is leading a different team that will use Webb to study Kuiper Belt Objects. “By that point, they have an interaction with one of the major planets that’s very strong, and they either get thrown into the Sun or thrown out of the solar system.”

Another body that Webb will study is Neptune’s moon Triton. The largest of the ice giant’s 13 moons, Triton shares many similarities with Pluto. “Even though it’s Neptune’s moon, we have evidence to suggest that it is a Kuiper Belt Object that got too close to Neptune sometime in its past, and it was captured into orbit around Neptune,” said Hammel. “Triton was studied by the Voyager 2 probe in 1989. That spacecraft data will provide us very important ‘ground truth’ for our Webb observations of Kuiper Belt Objects.”

A Sampling of the Targets

Here is a small sampling of some of the dozens of current and former Kuiper Belt Objects that Webb will observe:

* Pluto and Charon: The dwarf planet Pluto and its largest moon, Charon, are two of the most well-known residents of the Kuiper Belt. Pluto boasts an atmosphere, haze, and seasons. It has geologic activity on its surface and may have an ocean in its interior. In addition to Charon, it hosts four other moons: Nix, Hydra, Styx, and Kerberos. The Webb data will complement the observations made by NASA’s New Horizons spacecraft when it flew by the Pluto system in 2015.

* Eris: Nearly the size of Pluto, Eris is the second-largest known dwarf planet in the solar system. At its farthest point, mysterious Eris is more than 97 times as far from the Sun as the Earth is. Because of its distance, it is difficult to observe, but Webb will tell scientists quite a bit about what kinds of ices are on its surface.

* Sedna: With its deep red hue, Sedna is actually located beyond the main Kuiper Belt. It takes approximately 11,400 years to complete one orbit, and the farthest point of that highly elongated orbit is estimated to be 940 times Earth’s distance from the Sun.

* Haumea: This large, rapidly spinning body is egg-shaped, and scientists would like to know why. In addition to moons, it also seems to have a ring system. With Webb, scientists hope to learn more about how those rings formed.

* Chariklo: The largest centaur, Chariklo is also the first asteroid found to have a ring system. It was the fifth ring system found in our solar system—after Saturn, Jupiter, Uranus and Neptune. The rings are believed to be between two and four miles wide.

Another program, called a Target of Opportunity, will observe a Kuiper Belt Object passing in front of a star, if such an alignment should occur during the first two years of Webb’s lifetime. Called an occultation, this type of observation can reveal an object’s size.

The few spacecraft that have flown by Kuiper Belt Objects could only study these intriguing objects for a very short period of time. With Webb, astronomers can target more Kuiper Belt Objects over an extended time. The result will be new insights into our solar system’s earliest history.

The James Webb Space Telescope will be the world’s premier space science observatory when it launches in 2021. Webb will solve mysteries in our solar system, look beyond to distant worlds around other stars, and probe the mysterious structures and origins of our universe and our place in it. Webb is an international program led by NASA with its partners, ESA (European Space Agency) and the Canadian Space Agency.