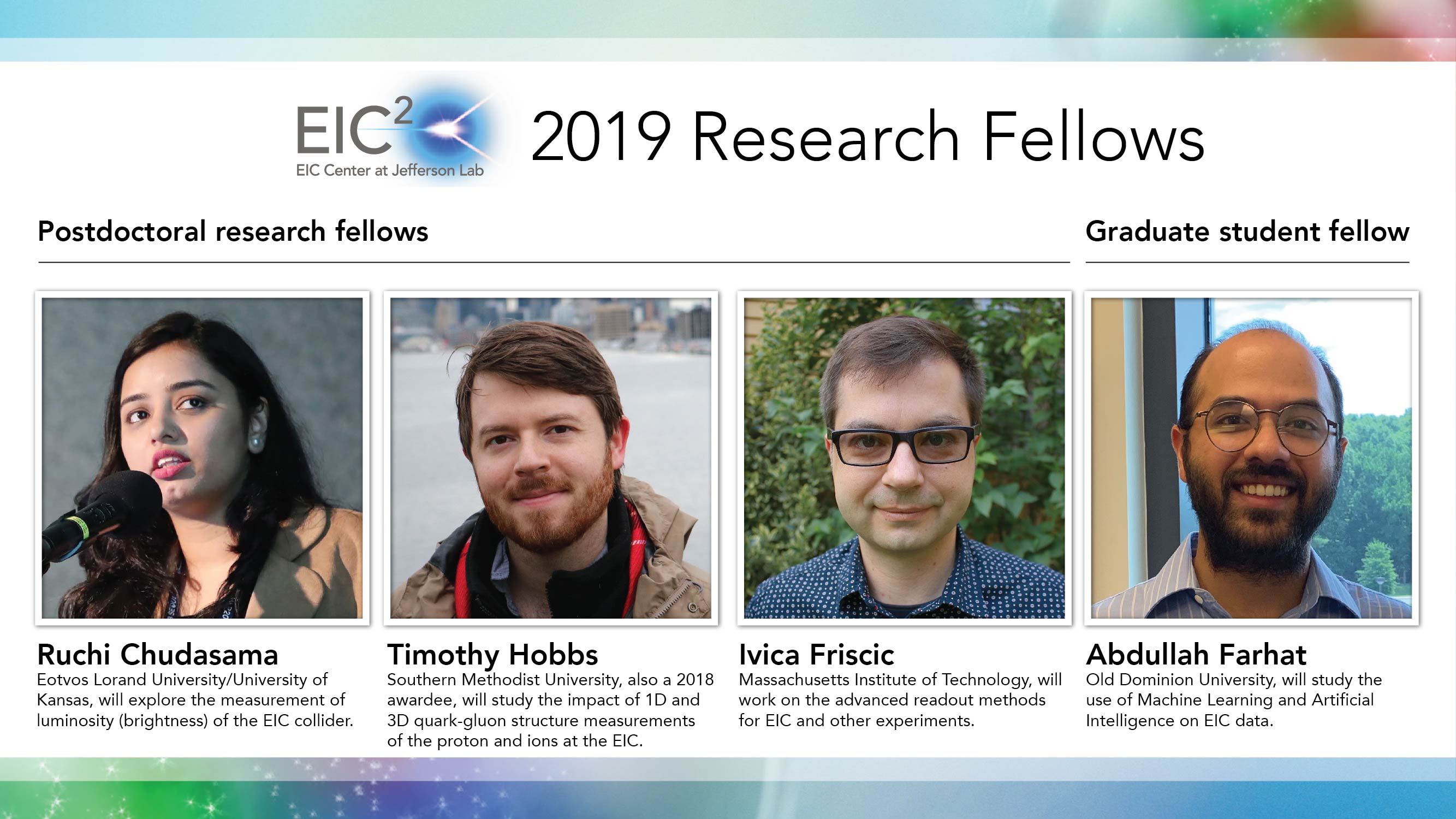 NEWPORT NEWS, VA – The Electron-Ion Collider Center at the Department of Energy’s Thomas Jefferson National Accelerator Facility (EIC Center at Jefferson Lab) has announced the winners of four fellowships to pursue research over the next year related to a proposed electron-ion collider to be located in the United States. The Center advances and promotes the science program of a future EIC facility.

To enhance its research goals, the EIC Center at Jefferson Lab established one-year fellowships to support the efforts of scientists working toward an EIC. Now in its second year, the program supports one-half of a postdoctoral or graduate student researcher’s time to work on advancing the theory, detector design, experiment design or computing environment in support of a future EIC.

DOE’s Office of Science is the single largest supporter of basic research in the physical sciences in the United States and is working to address some of the most pressing challenges of our time. For more information, visit https://energy.gov/science