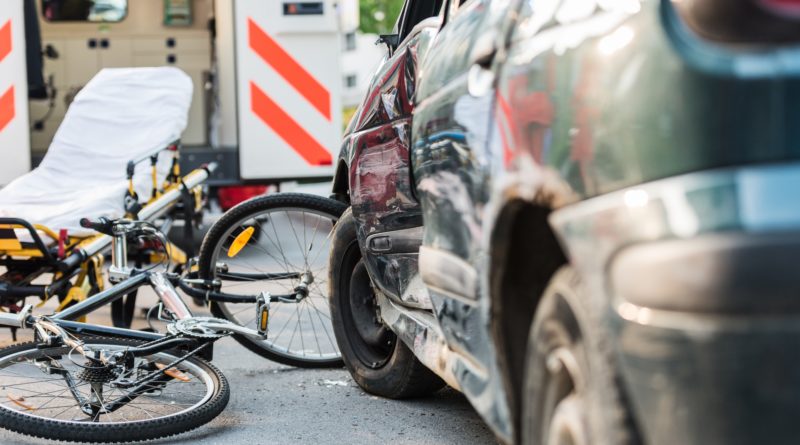 How dangerous is travel in the United States? It depends on how you frame the question. If it’s risk per kilometer, the U.S. has 6.71 deaths per billion vehicle kilometers of travel compared to the United Kingdom, which has just 3.56 deaths per billion vehicle kilometers. This makes vehicular travel in the U.S. about 88.6 percent more dangerous than travel in the U.K. If it’s risk per year of life, the U.S. has 10.25 deaths per 100,000 people whereas the U.K. has just 2.86 – a risk level of 257 percent, which is much higher than risk-per-kilometer.

Traffic injury in the U.S. is higher both because there’s more risk on a per-kilometer basis, and also because there are more vehicles miles per capita. This year alone, about 276 million vehicles are operating on roads throughout the U.S. The more a person travels, the more they are exposed to the potential risk of a traffic-related injury or death. To separate out risk-per-mile and total risk can get tricky.

Despite a great deal of recent research on the dangers of traffic injury and death, there is a lack of clarity on the role of the built environment (roadway designs and adjoining development) and its risk effects. Although existing research can identify clusters of crashes called “hot spots,” it fails to attribute these risks to specific built environment designs and modes of travel.

In a study published in the journal Accident Analysis and Prevention, researchers from Florida Atlantic University and the University of Pennsylvania examined the relationship between the built environment, exposure, and crash risk. They wanted to distinguish the variations in risk associated with different configurations of the built environment, based on the underlying premise that certain environments are more risky.

Louis A. Merlin, Ph.D., lead author and an assistant professor in FAU’s School of Urban and Regional Planning within the College for Design and Social Inquiry, and collaborators, discovered that most studies of crash risk use ad-hoc and atheoretical models of the relationship between measures of the built environment, traffic collisions, and injuries — an issue that almost certainly contributes to the wide range in reported findings. Of the papers reviewed, they found only a handful that presented clear theoretical relationships between measures of urban form and traffic collisions.

“Because some environments are riskier than others, they produce more crashes and injuries per unit of travel,” said Merlin. “However, dissecting and interpreting the risk/crash data is challenging. Before we can know how risky a given built environment is, we have to know how many people are traveling there, and in many cases, for pedestrians and cyclists, this data is not available.”

“It becomes difficult to disentangle whether certain environmental features are in fact ‘riskier’ than others or whether the safety results are simply attributable to reductions in exposure, such as the amount of people traveling in a given environment, as a result of environments that discourage travel,” said Eric Dumbaugh, Ph.D., co-author and an associate professor in FAU’s School of Urban and Regional Planning. “If the latter, this leads to the potentially self-defeating conclusion that the only meaningful way to achieve safety targets is to eliminate travel altogether.”

In their examination of the literature, Merlin, Dumbaugh and Erick Guerra, co-author, an associate professor and assistant chair in the Weitzman School of Design at the University of Pennsylvania, have addressed these deficiencies. They have identified specific built environment variables as more related to exposure, or more related to risk, or of uncertain backgrounds. They also identified built environment variables that merit further investigation in terms of their relationship to exposure and risk, such as commercial development and intersection density.

“We recommend that when pedestrian or bicycle risk is of concern, that pedestrian or bicycle exposure be captured either through mode-specific models of exposure, or via smart device big-data sources that directly measure this type of exposure,” said Merlin. “If the concern is how the built environment impacts speed, then we should directly measure speed to clarify these relationships. Any future research also should consider using the same methods across multiple built environment contexts, because the same built environment feature can have different effects in rural, suburban, and urban contexts.”