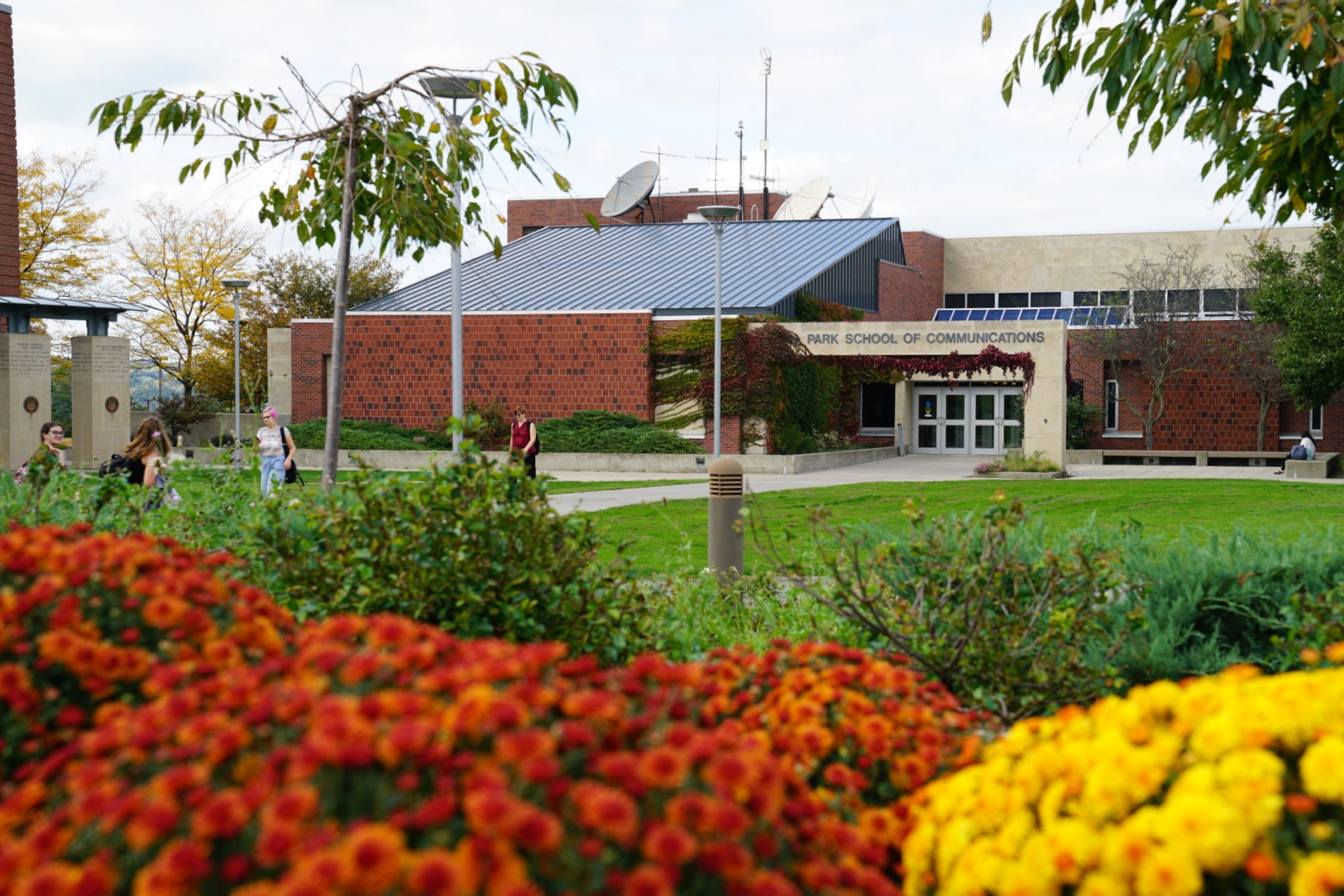 A $30 million gift — the largest to a single endowment fund Ithaca College has ever received — will facilitate access to the college’s Park Scholar Program, helping to ensure that high-achieving students from across the nation will continue dedicating themselves to making IC’s campus, the Ithaca community, and the world, a better place.

“For more than 20 years, the Park Scholar Program has brought top young talent to our school, invigorating our academic discourse and creative productions and providing important service to the Ithaca community,” said Diane Gayeski ’74, dean of the Roy H. Park School of Communications. “This endowment secures a bright future for this transformative program and positions us as a leader in preparing future communication professionals with a rigorous education and a solid foundation of ethical principles.”

The endowment supporting the Park Scholar Program, which is also distinctive in that it is the first endowed cohort scholarship at Ithaca College, is the sum of gifts from the estates of Roy and Dorothy Park and the Park Foundation. Housed within the Roy H. Park School of Communications, the program awards scholarships each year to a select group of incoming students who aspire to be part of a dynamic learning community and conscientious communications professionals. The scholarships cover the full cost of attendance, including tuition, living expenses, and a books and technology stipend. Through a mixture of academic and service programming, scholars take action and give back to their communities, and use the power of mass communication to make a positive impact on the world.

“The generosity of the Park Foundation and the Roy and Dorothy Park estates not only benefits scholars while they are studying at IC, allowing them to contribute significantly to the campus and larger communities, but also gives these scholars the opportunity to continue to work for social good after graduation,” said Nicole Koschmann, Park Scholar program director. “Scholars finish their education with considerably less debt than many college graduates, and most scholar alumni use this opportunity to take jobs that are meaningful and impactful, such as working for social justice organizations and nonprofits, and in fields such as journalism, education and public law. In this way, it is a gift not only to the scholars, but to our society.”

Since the program was established in 1996, Park Scholarships have been awarded based on the applicant’s academic merit and demonstrated, strong engagement in community service activities. Recruitment efforts continue to be focused on ensuring that the selection process is equitable, and that the institution reaches as many competitive applicants (including first-generation students) as possible through outreach to students hailing from urban, rural and suburban high schools across the U.S., as well as to youth media programs and high school communications associations.

Park Scholars are among the most distinguished students on Ithaca College’s campus, regularly holding leadership positions in student government, honor societies, and service organizations. Off campus, their dedication to service is demonstrated through partnerships with local organizations such as the Tompkins County Public Library, Ithaca City School District, Village at Ithaca, Southside Community Center and Ithaca Youth Bureau. Park Scholar alumni have received highly competitive Fulbright awards; they attend graduate school at prestigious universities, including Harvard, Stanford and the University of Pennsylvania; they provide service through organizations such as the Peace Corps, AmeriCorps, GLAAD and City Year; and they land jobs at outlets such as CNN, Time magazine, The Atlantic and National Geographic Explorer. To date, the program at IC boasts 285 alumni.

“I am a strong believer in the incredible, lifelong value of cohort learning, and our Park Scholar Program not only provides that opportunity, but does so within the important context of service and social justice,” said Ithaca College President Shirley M. Collado. “We continue to be incredibly grateful to the Park Foundation and to the estates of Roy and Dorothy Park for providing such generous support, and I look forward to seeing how this distinctive program will continue to transform the lives of our Park Scholars — and our communities here on campus and in Ithaca.”

In (and beyond) the Ithaca community, the Park name has long been synonymous with innovation, imagination, and an imperative to make a positive difference in peoples’ lives. Future media magnate and IC School of Communications namesake Roy H. Park Sr. moved to New York from North Carolina with his wife, Dorothy, in 1942 after acquiring an advertising agency in Ithaca. The agency became the first of many business ventures, with Roy later co-founding Hines-Park Foods. Roy bought his first television station in 1964, and eventually his company would own seven television stations, 14 radio stations, and 144 newspapers.

Committed to giving back to the Ithaca community they loved, Roy Sr. and Dorothy formed the Park Foundation in 1966 and Roy later joined IC’s board of trustees in 1973, serving as chairman from 1982 through 1993. Both of Roy and Dorothy’s children, Adelaide and Roy Jr., share their parents’ passion of philanthropy and service. Adelaide Park Gomer is president of the Park Foundation and also served on the Ithaca College Board of Trustees from 1996 to 2007 and again from 2008 to 2017. Roy Jr. is chairman and president of Triad Foundation. Both foundations have contributed significantly to organizations serving the wider Ithaca community.

Dorothy Park played an integral role in her family’s philanthropy during Roy’s life, and focused the Park family’s philanthropic efforts after Roy’s passing in 1993. In addition to the Park Scholar Program, which until the establishment of the endowment has been supported by annual gifts from the Park Foundation, the impact of Dorothy’s generosity toward IC has been wide-ranging. It is evident in such initiatives as the Finger Lakes Environmental Film Festival (FLEFF), the Project Look Sharp media literacy program, and the Park Center for Independent Media; as well as in the construction of the Dorothy D. and Roy H. Park Center for Business and Sustainable Enterprise, home to the Ithaca College School of Business. Dorothy’s dedication to enriching and beautifying IC’s campus also extends to her estate’s gift of “The Drummer,” an eye-catching, 550-pound bronze sculpture created by the acclaimed Welsh artist Barry Flanagan.

Dean Gayeski recalls that Dorothy, who passed away in 2016 at the age of 103, was “clearly someone who got a great deal of pleasure out of seeing young people pursue their education and their career dreams.” Recalling a Park Scholar dinner she attended with Dorothy, Gayeski says, “She was the kind of person in conversation who was very observant of others and always found ways to compliment and encourage them. I saw that through both her interactions with students and with her legacy of giving to Ithaca College.”

Thanks to the vision and generosity of the Park family and the Park Foundation, the communications leaders of tomorrow will be able to focus on pursuing their dreams and maximizing their impact on their community today at Ithaca College.