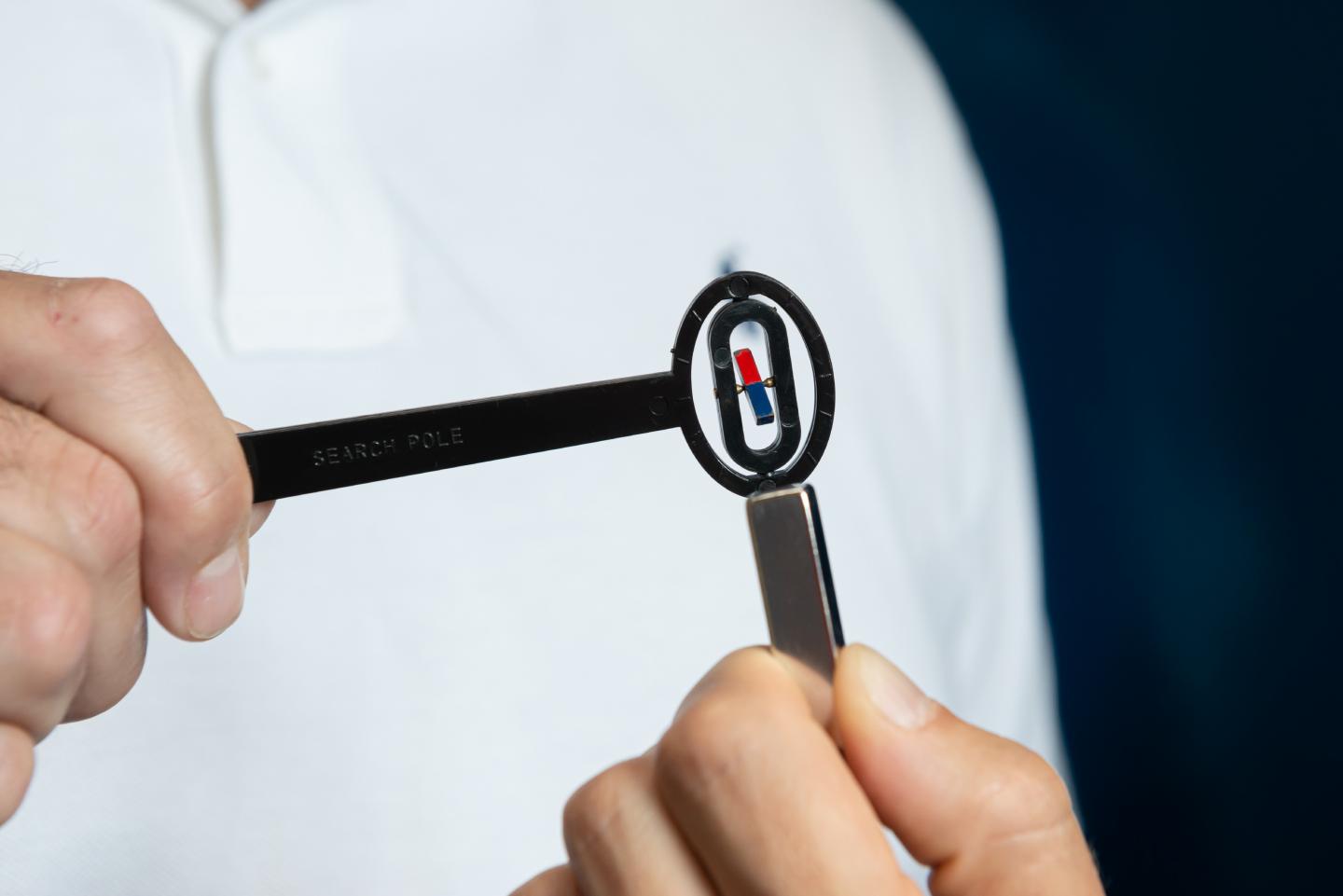 Researchers at the Paul Scherrer Institute PSI have developed a new method with which strong magnetic fields can be precisely measured. They use neutrons obtained from the SINQ spallation source. In the future, it will therefore be possible to measure the fields of magnets that are already installed in devices and thus are inaccessible by other probing techniques. The researchers have now published their results in the journal

Neutrons are, as their name suggests, electrically neutral and are the building blocks of almost all atomic nuclei. Neutrons interact with magnetic fields due to their so-called spin. Researchers at the Paul Scherrer Institute PSI have now shown that this property can be used to visualise magnetic fields. They used polarised neutrons, which means that all of the neutrons have the same spin orientation.

From alternators to MRI systems

Numerous applications are conceivable for the new method, above all because neutrons penetrate most materials non-destructively. “We can also probe magnetic fields that are difficult to access because they are already built into an apparatus”, explains Jacopo Valsecchi, first author of the study and a doctoral candidate working at PSI. “Applications range from alternators in car engines to many components of the energy supply system to magnetic fields from magnetic resonance tomography systems used in medicine.”

The researchers proved that their method works by using computer models to simulate the expected results of the measurement. They then checked whether comparable results could actually be achieved with a real measurement. “The results from the simulations and the actual measurement results agree very well”, says Grünzweig.

With the new method, fluctuations in the magnetic field can also be detected. For example, even permanent magnets, such as those familiar from magnetic stickers for refrigerator doors, do not have a homogeneous magnetic field. “We can now detect possible gradients, even if the magnetic field is very strong”, says physicist Valsecchi.

The researchers have now published their results in the journal

The Paul Scherrer Institute PSI develops, builds and operates large, complex research facilities and makes them available to the national and international research community. The institute’s own key research priorities are in the fields of matter and materials, energy and environment and human health. PSI is committed to the training of future generations. Therefore about one quarter of our staff are post-docs, post-graduates or apprentices. Altogether PSI employs 2100 people, thus being the largest research institute in Switzerland. The annual budget amounts to approximately CHF 407 million. PSI is part of the ETH Domain, with the other members being the two Swiss Federal Institutes of Technology, ETH Zurich and EPFL Lausanne, as well as Eawag (Swiss Federal Institute of Aquatic Science and Technology), Empa (Swiss Federal Laboratories for Materials Science and Technology) and WSL (Swiss Federal Institute for Forest, Snow and Landscape Research).

Laboratory for Neutron Scattering and Imaging

This part of information is sourced from https://www.eurekalert.org/pub_releases/2019-08/psi-vsm082119.php