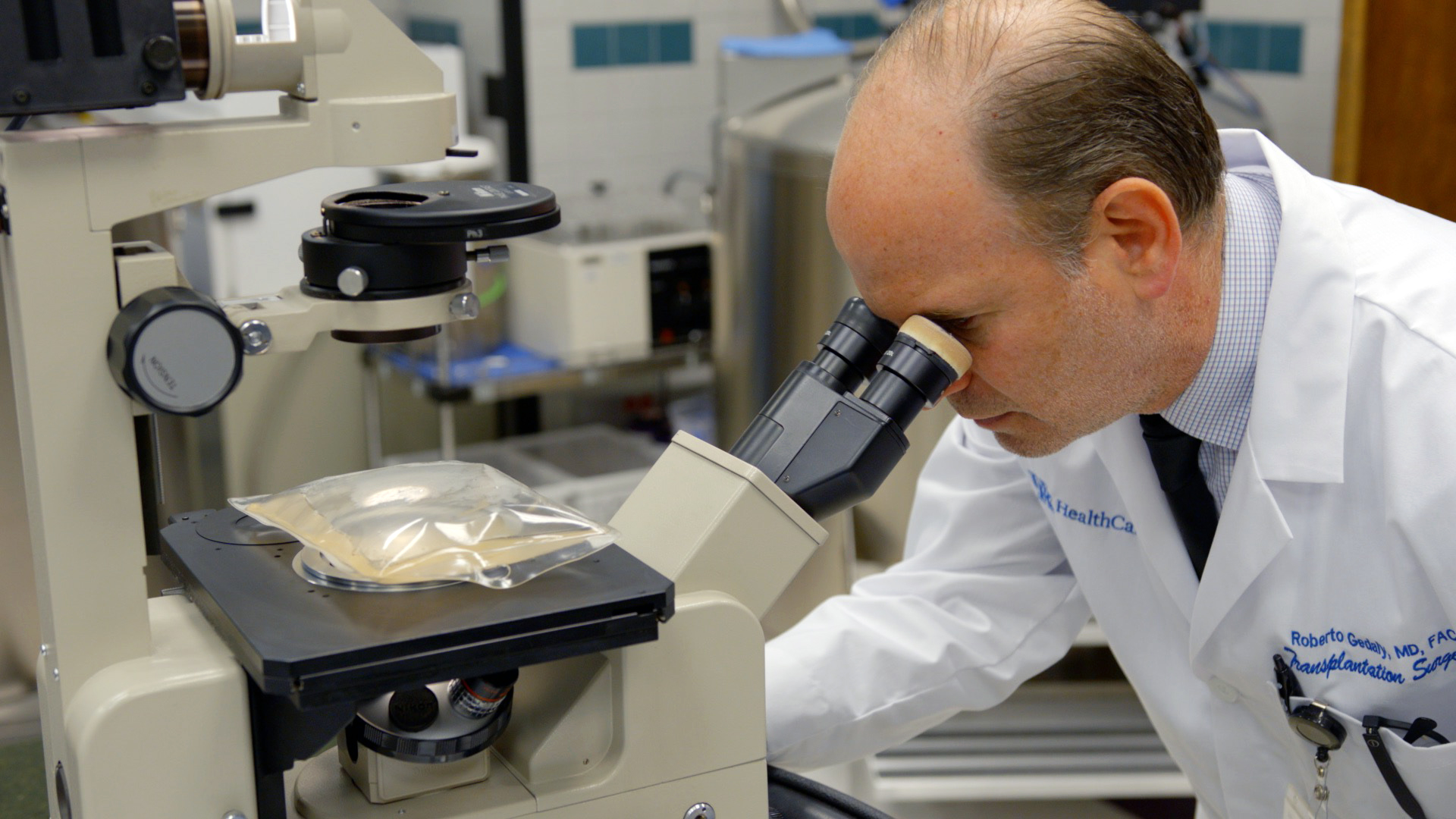 – While waiting on the transplant list, most patients are extremely sick and fighting just to stay alive.

That fight doesn’t come to an end once they’ve been successfully transplanted – organ rejection is a serious potential complication, and patients must be vigilant about taking their immunosuppressive drugs to keep their bodies from rejecting this new foreign object.

However, new research at the University of Kentucky Transplant Center seeks to change how the body reacts to a new organ by inducing tolerance to it through a special process prior to transplant. Dr. Roberto Gedaly, UK Transplant Center director, has just initiated a Phase I/II pilot clinical trial for kidney transplant patients that extracts and reinfuses the patient’s own cells to create a natural immunosuppression for the new kidney.

“In the United States, there are nearly 103,000 patients on the waiting list for kidney transplantation,” Gedaly said. “And only about 21,000 kidney transplant patients were performed in this country last year.”

The process is very similar to CAR T-cell therapy for certain blood cancers, in that the general process includes cell extraction and reinfusion. However, rather than modifying cells to fight off cancer, the researchers are focusing on expanding suppressive T cells that will prevent the body from fighting off the foreign cells of the new kidney.

First, patients will have their white blood cells extracted through a process called leukapheresis. The researchers then isolate the patient’s regulatory T cells – these cells are also known as “suppressor” cells – and their job is to prevent the body’s immune system from attacking itself and rejecting the transplanted organ.

Once these regulatory T cells are extracted, the research team will characterize the cells and look for T cells that are positive for specific genetic markers known as FOXP3, CD25 and CD4, while testing negative for the marker CD127.

Once they’ve gathered the right type of T cell, the team will grow them ex vivo – i.e., outside the body – and then reinfuse the much larger army of regulatory T cells back into the patient after transplant, creating an immunosuppressive response to the new kidney. The ultimate goal is to reduce or maybe even eliminate the need for immunosuppressive drugs – and that means an improved quality of life for the patient post-transplant.

“Currently, we use many different drugs to immunosuppress patients that need organ transplantation,” Gedaly said. “This is a novel method that will probably make these patients less prone to the terrible side effects that we usually see with these immunosuppressive drugs.”

The methodology of using regulatory T cells to create immunosuppression is a novel one – currently, only a dozen centers worldwide are working on similar projects, with only six protocols open in the U.S. The goal of the UK trial is to enroll 12 patients over the next year.

While this first trial focuses on the safety and efficacy of this procedure for kidney transplant patients, if it proves fruitful, Gedaly hopes to see it potentially expand to other organ sites.

“Eventually we want to be able to modify these suppressor cells by changing their receptors, which are antigen-specific, and produce local – instead of general – immunosuppression,” Gedaly said. “We are at the forefront of changing the paradigm of transplantation. Every day takes us one step closer.”