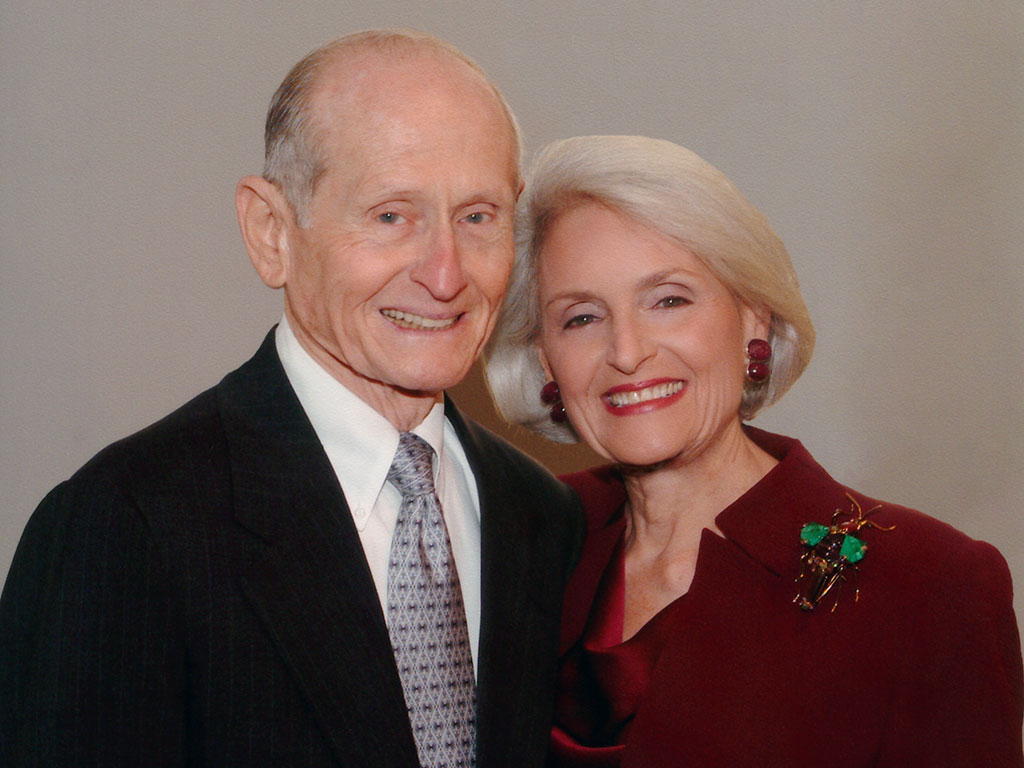 The Tulane University School of Architecture has received a $2 million gift to establish the Saul A. Mintz Global Research Studios, a new program that will give students an opportunity to work internationally on critical global issues.

The gift from Jean Strauss Mintz, a 1955 graduate of Newcomb College, is in memory of her husband Saul Mintz, a native New Orleanian who graduated from the Tulane School of Architecture in 1953.

The gift establishes an endowed fund to be used for travel expenses, research and other expenses of faculty and students associated with international research through design studios, which will include teams of students and a faculty member who will work in a lab on innovative solutions, including traveling abroad to do field work.

“This gift advances magnificently the Tulane School of Architecture’s goal of becoming an international leader in design that enhances and enriches human life, especially in the world’s most challenged regions,” Tulane President Mike Fitts said.

The program is part of a network of upper level research studios that will address a relevant topic for several years in order to produce knowledge and expand the field of architecture in that particular area.

“The impact will be doubled,” said Iñaki Alday, dean of the Tulane School of Architecture. “On the one hand, the Global Research Studios will contribute to the solutions of critical problems and expand Tulane’s international networks. On the other, every year 42 students will have very intense international academic experience at the research level.”

One of the projects is titled the Yamuna River Project, The Rajasthan Cities, which is based on research Alday began prior to coming to Tulane, in partnership with University of Virginia Professor Pankaj Vir Gupta. Originally based in New Delhi, the program is expanding to the Rajasthan cities of Jaipur and Ajmer, which like most parts of South Asia, is dealing with issues of water scarcity, river and lake pollution, ground water depletion, infrastructure challenges and population growth. Other studios will deal with rapid growing cities in Africa, like the Ethiopian capital Addis Ababa, or social and architectural challenges in Latin America and the Caribbean.

The multi-year research project will analyze and develop scenarios for transformation, incorporating building scale, public scape, landscape and urban growth strategies. It will use a multidisciplinary approach that includes socio-economics, urban infrastructures, ecologies and governance, with water as the overarching frame and major challenge for urban life.

“Every graduating student of the Tulane School of Architecture will have this international high-level exposure, which will help them to understand the cultural nuances of international practice and research and allow them to be effective when working in different countries,” Alday said. “As architectural practice evolves and becomes more and more global, this is an essential quality that our students need to possess.”

Mintz made the gift in collaboration with her children Carolyn Kaplan, a 1978 graduate of Newcomb College; Sally M. Mann, a 1984 graduate of Newcomb; and Morris F. Mintz, along with their spouses and the Mintz’s 10 grandchildren.

“I wanted to honor Saul in a manner that would reflect his life’s interests and passions,” Jean Mintz said. “He held Tulane and its stellar architecture program in high esteem throughout his lifetime and believed that Tulane always should be amongst the country’s most highly respected and innovative universities.”

She said the Global Research Studios is an “innovative and forward-looking program that compliments Saul’s desires to keep Tulane one step ahead.”

Until his death in 2012, Saul Mintz actively supported the School of Architecture, where he served on the Dean’s Advisory Council. He established a successful business in Monroe, Louisiana, where he and his wife raised their family and served the community through numerous civic organizations and endeavors. He and Jean Mintz were also instrumental in funding Tulane Hillel’s Goldie and Morris Mintz Center for Jewish Life, which is named for Saul Mintz’s parents.