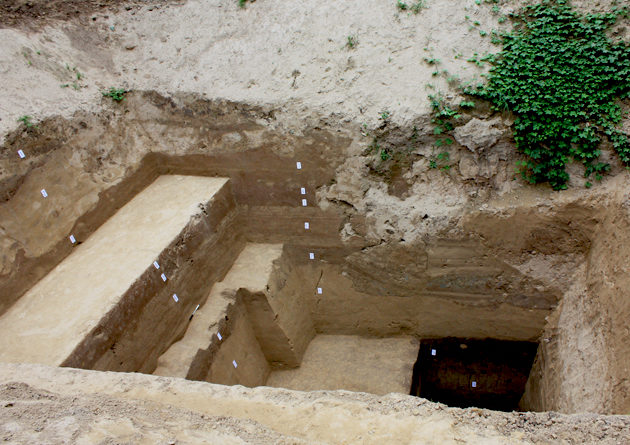 A new, global synthesis of regional archaeological knowledge on land-use changes over the past 10,000 years reveals that humans have reshaped landscapes, ecosystems and potentially climate over millennia in a manner that challenges conventional ideas that man’s impact has been “mostly recent.”

Tristram R. “T.R.” Kidder, the Edward S. and Tedi Macias Professor of Anthropology in Arts & Sciences at Washington University in St. Louis, is a member of the ArchaeoGLOBE project collaboration and one of more than 250 archaeologists who contributed data and community knowledge to the study published this week in the journal Science.

“I’ve always felt the work I’ve done in east-central China fits the patterns we identified in the paper,” Kidder said. “For me, the issue is to go outward — for example, in places like southwest China, or Central Asia, where I also work — and to see how these areas reflect land use changes under different environmental, climatic and cultural circumstances.”

Kidder has long studied the changes that humans have wrought on the land. In 2014, he published the earliest known archaeological evidence for human construction of large-scale levees and other flood-control systems in China — arguing that ancient levees along the Yellow River set the stage for massive, dynasty-toppling floods.

“The data are increasingly robust, but to see patterns — or to think about the way patterns are emerging — requires a global view,” Kidder said. “By joining this large, collaborative team, I feel that I can help to see a bigger picture than I have available to me.

“Why now? Because the data are shaping up, and because in the context of larger global environmental issues today, this synthesis is a timely way of thinking about how humans have shaped the environment for a long time,” he said.

“I find myself frustrated by the short time frame people often use for thinking about global environmental and climate change. I’d argue there is a deeper time frame that needs to be considered.”

Kidder’s contributions to the new study in Science focused on east and southwest China, and also parts of southeast and midwest North America — all regions where Kidder has completed extensive environmental archaeology work of his own.

‘I am also heartened by the fact that these data put to rest — I think convincingly — what the paper calls the “pristine myth.” The world did not change, for example, just because James Watt invented the steam engine.’

“Because I work in China, where, I’d argue, the signs of human landscape transformation are abundant and early, I was not especially surprised (by the results),” Kidder said. “I’m a bit taken aback by the scale, which is greater spatially and temporally than I expected in other regions.”

The new paper reflects a unique approach to archaeological and historical environmental research. It points out how researchers can use big data to explore patterns, and how these interpretations feed into better modeling — which will make for better data, according to Kidder.

“I am also heartened by the fact that these data put to rest — I think convincingly — what the paper calls the ‘pristine myth,’” Kidder said. “The world did not change, for example, just because James Watt invented the steam engine. Humans have been transforming the environment for millennia, and to understand the modern world we need to consider how these past changes give shape to the modern environment.

“Because of its scale, the quality of the data and the engagement of a global community of scholars, I hope this paper can convince scholars to put the pristine myth behind them and to tackle the really interesting questions of how we use these data to understand the present and the future,” Kidder said.