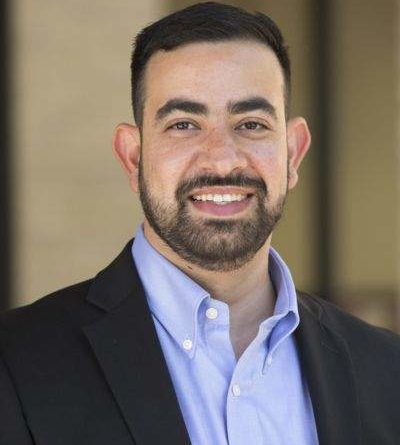 As Farzan Irani, an associate professor in Texas State University’s Department of Communication Disorders, and his peers have analyzed the components that contribute to stuttering issues for kids and adults, they are now addressing the issues from a multilingual perspective.

Irani and Dr. Raul Rojas at the University of Texas at Dallas received a grant in August from the American Speech-Language-Hearing Association’s Office of Multicultural Affairs to begin mapping and looking at disfluencies in bilingual children who do not stutter. Dr. Rojas, a native Spanish speaker, has been collecting speech samples in English and Spanish from students who are learning English as a second language.

“Dr. Rojas and I received the grant award ($15,000 for one year) to begin exploring: What do disfluencies sound like in bilingual children?” Irani said. “One of the problems we have in our field is all of our judgments and diagnoses are based on data collected from monolingual English-speaking children. A lot of bilingual children are misdiagnosed as stuttering because the normative data we use for monolingual-speaking children are applied to them.”

Because children who are learning two languages tend to have more disfluencies during that learning phase, Dr. Irani and Dr. Rojas are initiating a pilot program to examine the natural progression of disfluencies in children who do not stutter.

“We are very excited about this project because not many have really looked into stuttering in bilinguals,” said Irani. “There are a handful of studies out there so far and all of our clinical decisions to this point are based on what we know about how fluency and stuttering develops in monolingual children. That is a disservice to bilingual children. We are starting with English and Spanish speakers and hope over the years to expand it to other languages.”

Research developments over the last two decades have helped us better understand the nature and factors that cause stuttering in children. Research shows that stuttering tends to run in families and often has a genetic basis. Neuro-imaging research shows that the areas of the brain that handle speech are anatomically and functionally different in children and adults who stutter. This neurophysiological difference in how the brain plans and executes speech is now considered to be the cause of stuttering, not nervousness or anxiety as was previously believed.

For monolingual and bilingual children, Irani stressed the benefits of early intervention. “About 70 to 80 percent of children who begin to stutter at two or three years of age begin to recover whether they receive intervention or not,” said Irani. “Therapy speeds up that process and also increases the chances of recovery in some children. For those who do not recover, early intervention lays the foundation for successful management of stuttering.”

For the 15 to 20 percent of children who continue to stutter into adolescence and adulthood, that group might begin to experience quality of life issues such as struggling during a job interview or a face-to-face interaction with peers. Irani noted a couple of ways stuttering can affect drivers. If a driver stutters during a traffic stop, that might lead a police officer to suspect the driver is impaired or is nervous and trying to hide something. “There are also some situations where a person may be fluent, but stress can cause either no sound or a repeating of a sound,” Irani said.

Irani has taken steps to give people who stutter an opportunity to share their experiences and discuss solutions. For the last several years, Irani has hosted a two-week, intensive therapy program called “Comprehensive Stuttering Therapy Program.” The daily, two-hour group sessions are often an eye-opening experience for those who might have felt otherwise isolated in school or work environments. “For many people, it is the first time they are sitting around other people who stutter,” said Irani.

The National Stuttering Association has 179 active chapters dedicated to assisting kids, teens, and adults. Through those support groups, the word has gotten out: If you stutter, you are not alone. The association’s national conference in 1983 had 85 attendees. By 2016, that number had multiplied by more than 10 to 855. “You see nearly 1,000 people at the national conference,” said Irani. “People who are fluent are in the minority there.”