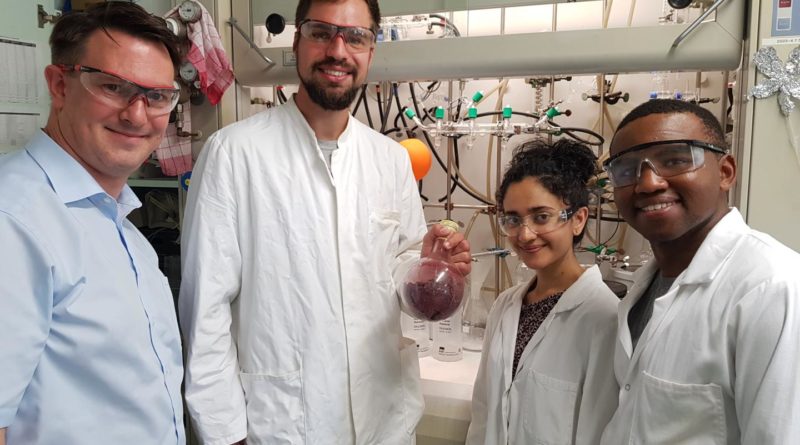 Researchers at Johannes Gutenberg University Mainz (JGU) in Germany, in collaboration with colleagues from the University of the Witwatersrand in Johannesburg in South Africa and the University of Dar-es-Salaam in Tanzania, succeeded in using cashew nut shell liquid (CNSL) as a substitute for petroleum in organic synthesis. Their aim was the development of a sustainable synthesis of soluble organic UV filters.

The ultraviolet (UV) region of solar radiation is a potential health risk for humans and livestock. Extensive exposure may result in premature aging of the skin and even life-threatening forms of cancer. Moreover, the destructive power of natural UV radiation can also damage paints, coatings, and even plastics. One option to prevent radiation-induced damage is to employ chemical UV filters. These can either be mineral pigments such as titanium dioxide (titanium white) or organic compounds containing carbon atoms. Both are used as active ingredients in sunscreen, as paint additives, or as additives for the materials to be protected.

Currently, both classes of UV filters are under fire for different reasons. The toxicity of some of the organic filters towards aquatic life is problematic. Unfortunately, practically all organic filters – and the vast majority of all other organic chemicals around – are being produced from petroleum.

The international team of researchers led by Professor Till Opatz of the JGU Institute of Organic Chemistry and Professor Charles de Koning from Johannesburg used CNSL instead as a renewable starting material for the production of new UV filters. CNSL is produced in large quantity during the production of the nuts and cannot be used as food or feed. Thus, there is no competition between the use as a chemical raw material and the production of foodstuff. The utilization of CNSL can be regarded as an example of xylochemistry, in which woody biomass serves as the carbon source for chemical synthesis.

The application of these chemically well-defined UV absorbers produced in this fashion in sunscreens, their compatibility with human skin, and their effects on various life forms remain to be investigated. This research, however, is beyond the scope of the current project funded by the German Federal Ministry of Education and Research (BMBF) and the South African partner organization NRF and will require the collaboration with industry.

This part of information is sourced from https://www.eurekalert.org/pub_releases/2019-08/jgum-sou082919.php