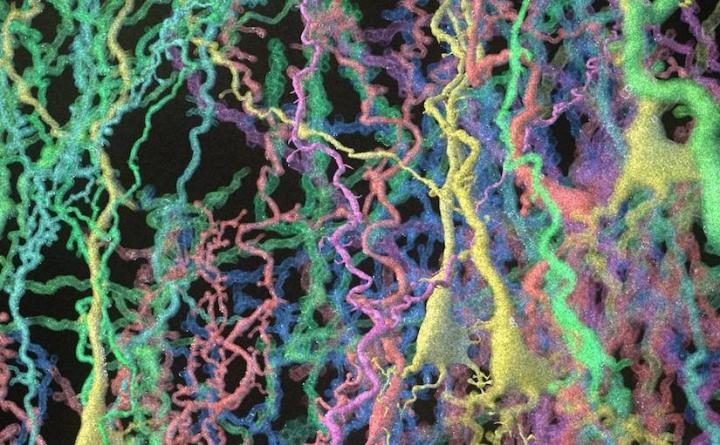 LOS ANGELES (Embargoed Until Sept. 19, 2019 at 11 A.M. EDT) — A team led by Cedars-Sinai has designed a rapid method to genetically alter laboratory mice and then used this method to produce personalized animal models of pediatric glioma, an aggressive type of malignant brain cancer in children.

The new method overcomes several drawbacks in current techniques. The goal is to make it easier for laboratories to achieve precise, reliable results when modifying mice for research studies, especially those involving cancers driven by multiple genetic variations. The method also can be used to modify patient-derived cells to study diseases in a culture dish.

In an article published Sept. 19 in the journal

“We imagine our method as a continually evolving platform,” said

, assistant professor of Biomedical Sciences at the

Board of Governors Regenerative Medicine Institute at Cedars-Sinai

. “We hope to keep incorporating new methods to create a type of Swiss army knife for tumor modeling, adaptable to many types of tissues.” Breunig is the corresponding and senior author of the

The MADR method involves inserting a single copy of genetic material into a specific point on a chromosome in the cell of a mouse embryo or newborn mouse. Each genetic alteration, or mutation, can cause a protein to either stop functioning or acquire a new, abnormal function. Using MADR, scientists were able to introduce both types of mutations into the same mouse.

Currently, scientists modify mice for research in several ways, which can include transplanting cells, using deactivated viruses to ferry genetic material into cells or breeding genetically engineered animals. These techniques can present incomplete pictures of tumors, entail biohazard risk, be costly and time-consuming, or cause unintended cancers in other tissues, Breunig said. MADR is designed to overcome some of these problems.

at Cedars-Sinai, explained that better mouse models are critical to understanding diseases such as pediatric

, in which a single tumor may contain many different clones, each with its own combination of gene mutations and altered biochemical pathways. This complexity helps the tumor evolve to resist treatments. Danielpour was a key collaborator and co-author who provided clinical insight for the project.

“My hope is that our new method, by modeling the spectrum of heterogeneity of tumors, will help us develop new, more-targeted therapeutics for pediatric glioma-one of the leading causes of cancer deaths in children and young adults,” he said.

Breunig added the study demonstrated that MADR successfully altered not only mouse cells but also human cells that had been modified to include an appropriate recipient site. “This finding shows the potential for scientists to incorporate MADR into ‘disease in a dish’ studies involving a wide range of disorders,” he said.

, director of the Board of Governors Regenerative Medicine Institute and professor of Medicine and Biomedical Sciences, noted that modifying the mouse brain with human genes involved with brain tumors is playing an increasingly important role in modeling cancers.

Both Breunig and Danielpour are affiliated with Cedars-Sinai Cancer. “This study shows how Cedars-Sinai is shaping the future of cancer medicine by fostering creative collaborations between top investigators and clinicians,” said

and Phase ONE Foundation Distinguished Chair. “Our goal is to translate discoveries into lifesaving treatments.”

Twenty-three scientists from Cedars-Sinai contributed to the

study. The first author was Gi Bum Kim, a former research associate in Breunig’s laboratory who is now a PhD student at Carnegie Mellon University in Pittsburgh. Other co-authors were from University of California, Santa Cruz, Rockefeller University in New York, Dana-Farber Boston Children’s Cancer and Blood Disorders Center, Massachusetts General Hospital and Harvard Medical School in Boston, and the Broad Institute of Harvard and MIT in Cambridge, Massachusetts.

This part of information is sourced from https://www.eurekalert.org/pub_releases/2019-09/cmc-sdn091519.php