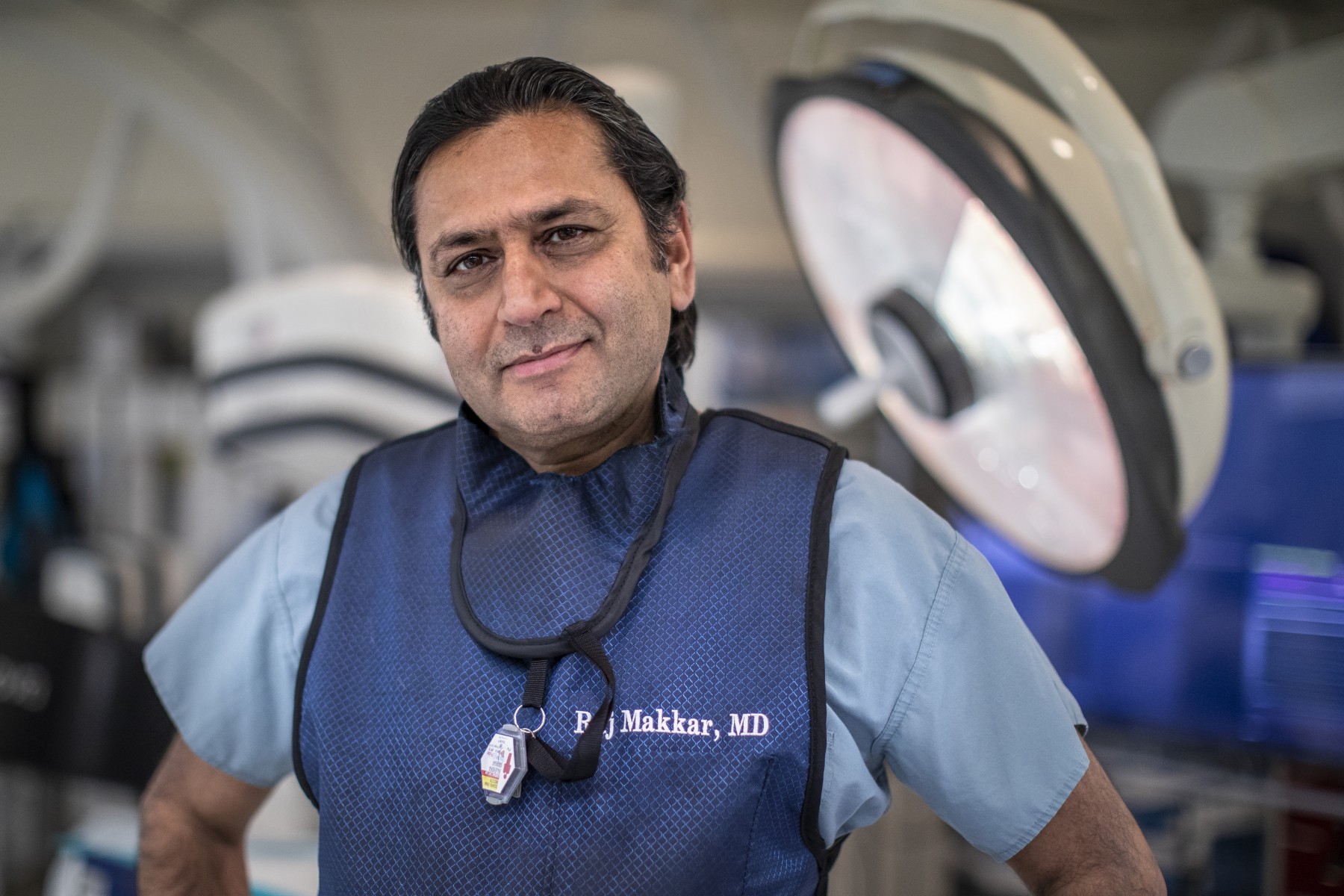 LOS ANGELES (Jan. 29, 2020) — A new study from the Smidt Heart Institute at Cedars-Sinai and other centers nationwide shows that patients who underwent a minimally invasive transcatheter aortic-valve replacement (TAVR), had similar key 5-year clinical outcomes of death and stroke as patients who had traditional open-heart surgery to replace the valve.

The study, the PARTNER 2A study, compares long-term outcomes of the two different approaches to treating aortic stenosis, a common heart problem affecting some 12% of people over 65. The research, involving more than 2,000 patients, was published today by The New England Journal of Medicine and will appear in the Feb. 27 print edition.

“The results of this study are encouraging because TAVR was comparable in terms of outcomes,” said study lead author Raj Makkar, MD, vice president of Cardiovascular Innovation and Intervention at Cedars-Sinai. “These findings allow patients to have more peace of mind and undergo a less invasive procedure. Unlike surgery, TAVR is now often done without or with minimal anesthesia and with next-day discharge from the hospital.”

During the TAVR procedure, an interventional cardiologist inserts a replacement valve into a catheter and guides it through an artery to the patient’s heart, where a balloon is expanded to press the valve into place.

According to the American Heart Association, nearly 1.5 million people in the U.S. have aortic valve stenosis, a narrowing or hardening of the aortic valve caused by calcium buildup on the heart valve flaps. Patients with a severe form of the disease experience symptoms including shortness of breath, chest pain, fatigue and fainting. Many cannot even walk enough to perform basic daily activities.

Aortic stenosis often results in death within three years of diagnosis. Replacing the aortic valve – either through the TAVR procedure or surgery – restores patients’ life expectancy to normal. During 2019, more than 100,000 patients underwent TAVR procedures in the U.S., compared to about 50,000 patients who had aortic valve replacement with open-heart surgery.

“This landmark study clarifies the long-term pros and cons of surgical versus percutaneous interventions for the aortic valve,” said Eduardo Marbán, MD, PhD, executive director of the Smidt Heart Institute. “As one of the top enrolling sites, the Smidt Heart Institute is particularly proud of Dr. Makkar’s leadership of this exceptionally talented team of clinical investigators.”

Makkar believes the results would be more striking with the TAVR valve now in current use by physicians because of the improvements in technology and implantation techniques. Newer valves being manufactured today come with a skirt designed to reduce leak around the valve and in more sizes, which is important for correct sizing of the valve implant.