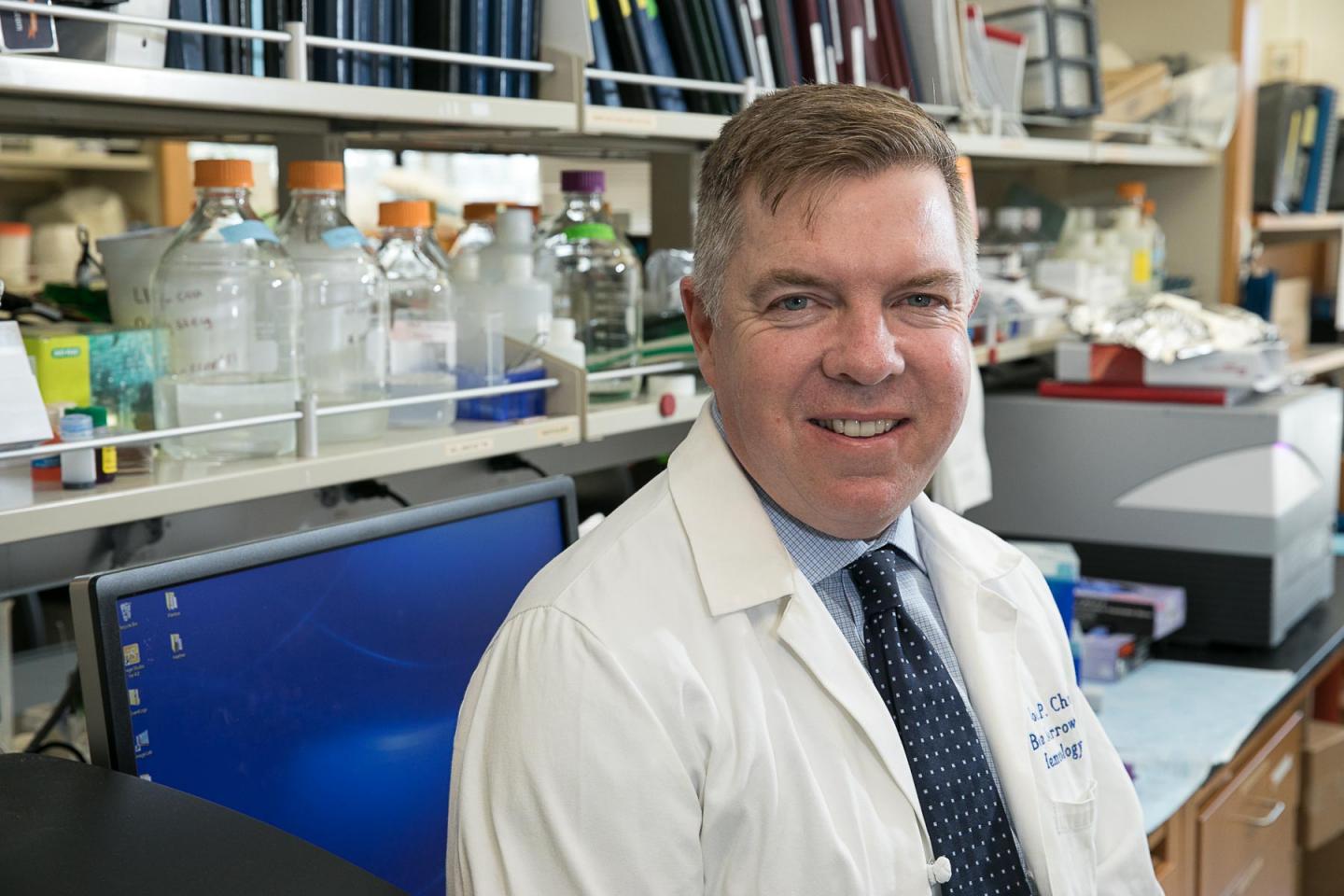 A drug developed by UCLA physician-scientists and chemists speeds up the regeneration of mouse and human blood stem cells after exposure to radiation. If the results can be replicated in humans, the compound could help people recover quicker from chemotherapy, radiation and bone marrow transplants.

The study, published in

, also sheds light on the basic biology behind blood stem cell regeneration and the role of a specific molecular process that is blocked by the new drug. Blood stem cells reside in the bone marrow and produce all of the body’s blood and immune cells.

“We’re very excited about the potential medical applications of these findings,” said Dr. John Chute, a member of the Eli and Edythe Broad Center of Regenerative Medicine and Stem Cell Research at UCLA and a professor of medicine and radiation oncology in the division of hematology/oncology at the David Geffen School of Medicine at UCLA.

Previous research has shown that a protein called receptor type protein tyrosine phosphatase-sigma, also known as PTP-sigma, is found mostly in the nervous system, where it controls the regeneration of neurons. When PTP-sigma is activated in neurons, it puts the brakes on neuron regeneration; without PTP-sigma, nerves regenerate more easily after an injury.

For the new study, Chute collaborated with Michael Jung, the UC Presidential Chair in Medicinal Chemistry and UCLA distinguished professor of chemistry and biochemistry, and an expert in drug development. Jung’s team designed and synthesized more than 100 candidate drugs to block PTP-sigma; Chute and his team tested the candidates for function. Several of the candidate drugs blocked PTP-sigma, with no effects on other phosphatases.

“The potency of this compound in animal models was very high,” said Chute, who is also a member of the UCLA Jonsson Comprehensive Cancer Center. “It accelerated the recovery of blood stem cells, white blood cells and other components of the blood system necessary for survival. If found to be safe in humans, it could lessen infections and allow people to be discharged from the hospital earlier.

Of the mice that received high doses of radiation, nearly all of the mice that were given DJ009 survived; more than half of those that did not receive the PTP-sigma inhibitor died within three weeks.

In mice that received chemotherapy — at doses approximating those used in people with cancer — mice that didn’t receive DJ009 had dangerously low levels of white blood cells and neutrophils, the cells that fight bacteria, after two weeks; in mice treated with the PTP-sigma inhibitor, white blood cell counts had already recovered to normal levels.

The researchers are now working to fine-tune DJ009 and other similar compounds so they can move toward human trials. They also are continuing to explore the mechanisms through which inhibiting PTP-sigma promotes the regeneration of blood stem cells.

The experimental drugs that inhibit PTP-sigma were used in preclinical tests only and have not been tested in humans or approved by the Food and Drug Administration as safe and effective for use in humans.

Funding for the study was provided by the National Institute of Allergy and Infectious Diseases; the National Heart, Lung, and Blood Institute; the California Institute for Regenerative Medicine; and the Tower Cancer Research Foundation.