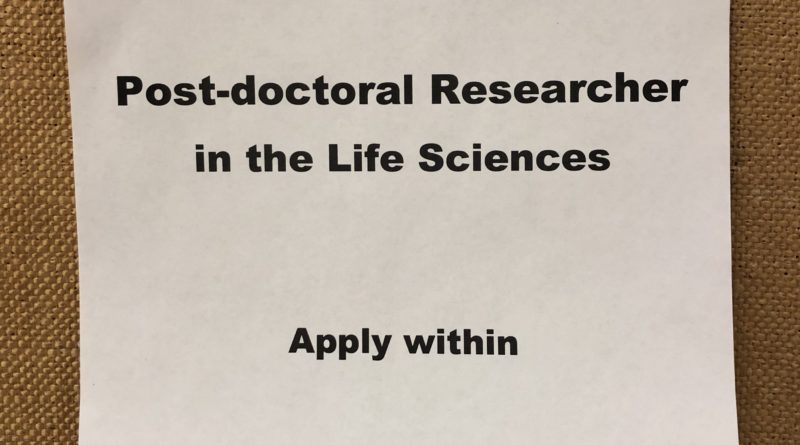 Post doc interviews in the Life Sciences are relatively unregulated compared to interviews for faculty positions. To find out if this lack of regulation promotes biases in post doc interviews, Dr. Nicholas Burnett and Dr.Stacey Combes of the Neurobiology, Physiology and Behavior Department at U.C. Davis surveyed post docs in the life sciences at universities across the United States. They then analyzed responses from the 342 post docs who completed their surveys and tested how the interviews differed between post docs.

As to the impetus of their study, Burnett noted “I ws inspired to start this study after reading a paper about the faculty hiring process, written by Özlelm Sensoy and Robin DiAngleo, that said if we are truly committed to increasing diversity in academia, we must be willing to do everything differently. As a recently hired post doc, I realized there was relatively little institutional attention given to interviews for post docs, so I began wondering about the content and structure of post doc interviews, how interviews affect post doc diversity, and what we can do to change interviews for the better.”

When asked about results they may not have expected, Burnett had this to offer. “One of our surprising results was the disparity in interview length – minority females experienced shorter interviews than other demographic groups – and it has been shown in academic literature that lengthening interviews can help reduce implicit biases. One way of reducing barriers to post doc positions for scientists from under-represented groups could be to lengthen interviews, especially when interviewing multiple candidates for a single position.”

“We hope that by identifying disparities in postdoc interviews, we can start a discussion among biologists that will lead to more standardized and equitable interviews for postdoctoral positions.” Burnett said in regard to their goals for this study.

With a post doc position being integral to those who desire a lengthy career in Life Sciences, their research could indeed help universities see a need for restructuring their post doc interview process. No doubt this data could have a ripple effect of changes in store for future life science interviewees and interviewers alike.

Stacey Combes is an Associate Professor and Chancellor’s Fellow in the Department of Neurobiology, Physiology and Behavior at U.C. Davis. She was chair of the Broadening Participation committee of the Society for Integrative and Comparative Biology (SICB) from 2016-2019, and currently serves as chair of the SICB Division of Comparative Biomechanics.

Nicholas Burnett is a postdoctoral researcher in the Department of Neurobiology, Physiology and Behavior at U.C. Davis, and was a recipient of the National Science Foundation’s Postdoctoral Research Fellowship in Biology for Broadening Participation of Groups Underrepresented in Biology. He is currently a postdoctoral member of the Broadening Participation committee of the Society for Integrative and Comparative Biology.

“Post doc interviews in the Life Sciences: An often overlooked process that is susceptible to bias” by Dr. Nicholas Burnett and Dr. Stacey Combes of the Department of Neurobiology, Physiology and Behavior, University of California, U.C. Davis

Published by the Journal of Integrative Organismal Biology, December 1, 2019