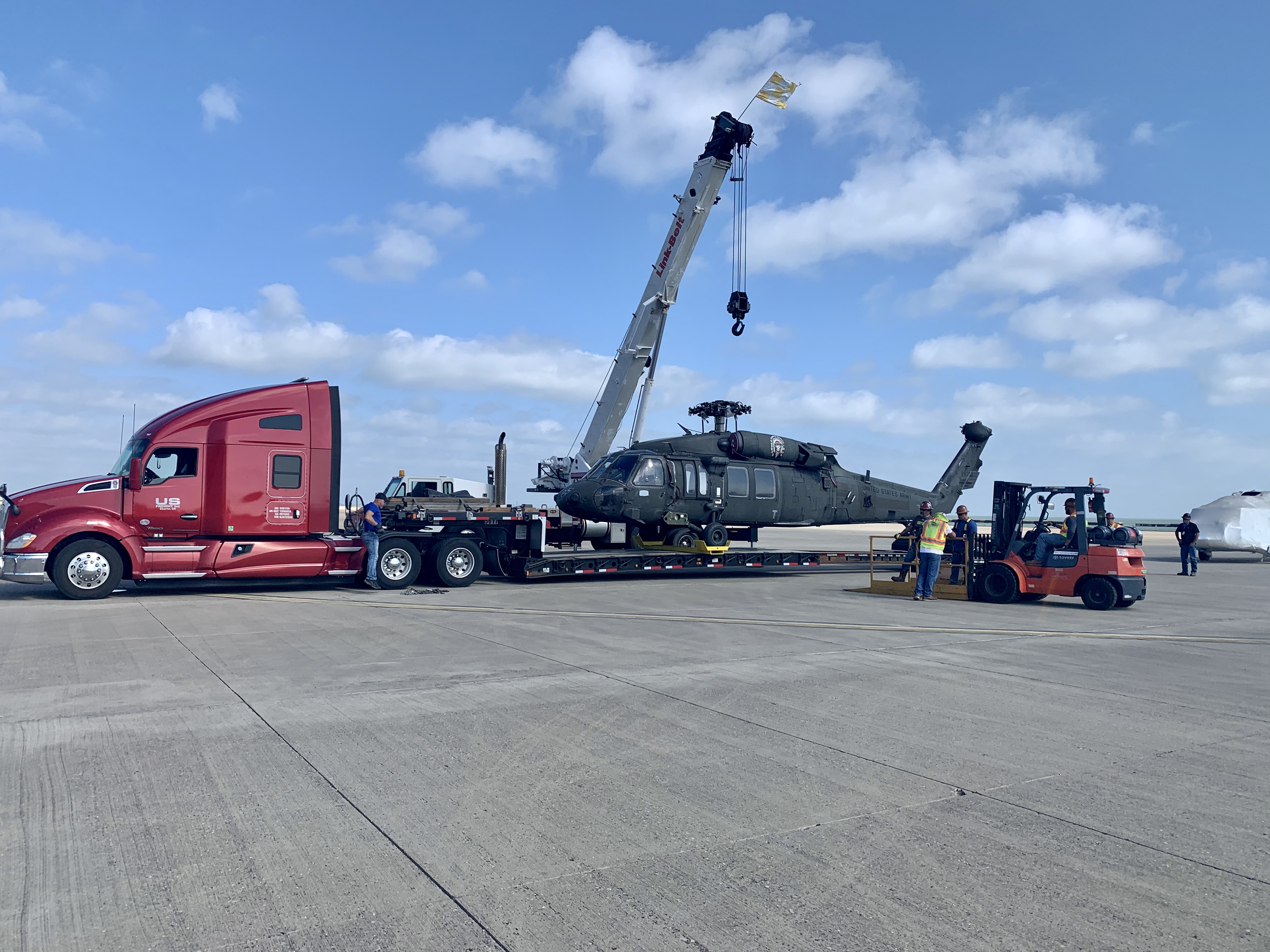 “Basically, what we’re trying to do with Digital Twin technology is take legacy airplanes, so airplanes built in the 1950s, ’60s, ’70s and ’80s — kind of before the digital age — and bring them into the digital age,” said Dr. Melinda Laubach-Hock, NIAR’s director of sustainment and a Wichita State graduate. “We’re taking old military assets, taking them apart piece by piece, cleaning the pieces up, scanning them in, and then digitally reassembling them.”

The insights gained through the digital assembly provide valuable data to those who might work to maintain and repair similar aircraft in the future.

“How do you repair something at your house? Everybody gets on YouTube,” Laubach-Hock said. “Essentially, we’re going to be able to do that with the work we do. We’re able to create graphics for videos with animations that show people exactly how they need to take care of this airplane as time goes on, and that’s not something that exists right now for the military.”

Through this technology, when technicians work on aircraft, they won’t have to take apart the various mechanical parts and systems to find out what needs to be repaired.

“When a maintainer goes out to an airplane, we don’t want him taking a drill and taking out a whole bunch of fasteners or components without knowing exactly what to do,” she said. “We’re creating a system that you can put a virtual reality headset on, and you can virtually go in and remove the skin and see which pieces you’re supposed to work on before you get in there and do something destructive.”

Digital Twins will give the U.S. Department of Defense more autonomy to analyze its own aircraft.

“Once we get the big 3D model of the entire airplane, we’re generating some high-end engineering models to help the government begin to look at how long the asset’s going to last or the life of the airplane,” Laubach-Hock said. “For example, they can start doing some analysis on their own right now that they previously required the manufacturer to do, providing the government organic engineering capability.”

In addition to maintenance, the Digital Twin program also ensures that an aircraft will not be retired when parts are unavailable.

We want to have control when we retire something. Right now, if a part breaks and the aircraft can’t take off from the ground, we have no control of that no matter how much money you throw at it.

“Once we get a part fully defined in 3D space, we can send it to a machine shop, and they can machine-out the part. Another thing they can do is to look at additive manufacturing or printing parts,” Laubach-Hock said. “It gives them a couple different ways that they could handle part obsolescence.”

The military would also be able to better plan for the life of the aircraft, keeping it in peak condition until its retirement.

“We want the aircraft to be retired out of service for economic reasons because it’s too expensive to keep maintaining versus we have no other choice because we can’t get parts,” she said. “You could keep a car running forever, but at some point, you’re going to say, ‘I put way too much money into this recently. I’m just going to shelve this and go get a new car.’ But that’s your decision based on economics, not the decision because parts are not available.”

This will give the military more control of its fleet and a better ability to manage their fleets and improve readiness.

“We want to have control when we retire something,” Laubach-Hock said. “Right now, if a part breaks and the aircraft can’t take off from the ground, we have no control of that no matter how much money you throw at it. We want to be able to say, ‘We want to retire this airplane in 10 years. Now let’s put together a plan on what it’s going to take to keep it flying for 10 years.’”

Currently, NIAR’s Digital Twin program is working on two Blackhawks and a B-1 Bomber.

The B-1 fuselage had been retired to an aircraft boneyard in Tucson, Arizona. The government identified it as a good candidate for the Digital Twin program, took the wings and tails off, and then Laubach-Hocks team went down to the desert and picked it up.

“The B1 fuselage is about half a football field a long and three highway lanes wide, so it’s very, very large,” she said. “It’s definitely one of the largest transports ever done by a university to support the military.”

The Blackhawks were transported from an Army depot in Corpus Christi, Texas.

Laubach-Hock is hopeful that the Digital Twin project will lead to further partnerships with the Department of Defense.

“We’re kind of the tip of the spear as far as this research goes. The Department of Defense, both on the Air Force side and the Army side, have identified this as the future of military operations. They want every airplane to have this Digital Twin technology, and we’re really the first people that are making a large-scale, concerted effort to do this.”

“She was very impressed with the fact that a university is actually leading the technology effort in this area for sustainment of their airframes,” Laubach-Hock said.

NIAR has dedicated about 250 staff to the Digital Twin project, including hands-on learning opportunities for 125 students.

Garrett Hyslop, senior in mechanical engineering, is one of those students,

“First, I spend a lot of time creating macros, as well as making sure shared workbooks work properly,” Hyslop said. “Secondly, I align 3D scans in their correct aircraft coordinates to make the modeling process of parts easier.”

After his graduation in December, Hyslop hopes to continue working with NIAR.

Kane Taurlach, sophomore in computer science, was introduced to NIAR through classes taught by NIAR staff at his high school. He said working on the Digital Twin program has taught him valuable lessons about engineering and functioning in a collaborative environment.

“The most valuable thing that being in the Digital Twin program has taught me is that every project will have multiple groups working on it, and you will need to rely on them,” Taurlach said. “Every group will experience different problems. If they run into bumps, we have engineers with years in the field, who are there to help them along.”