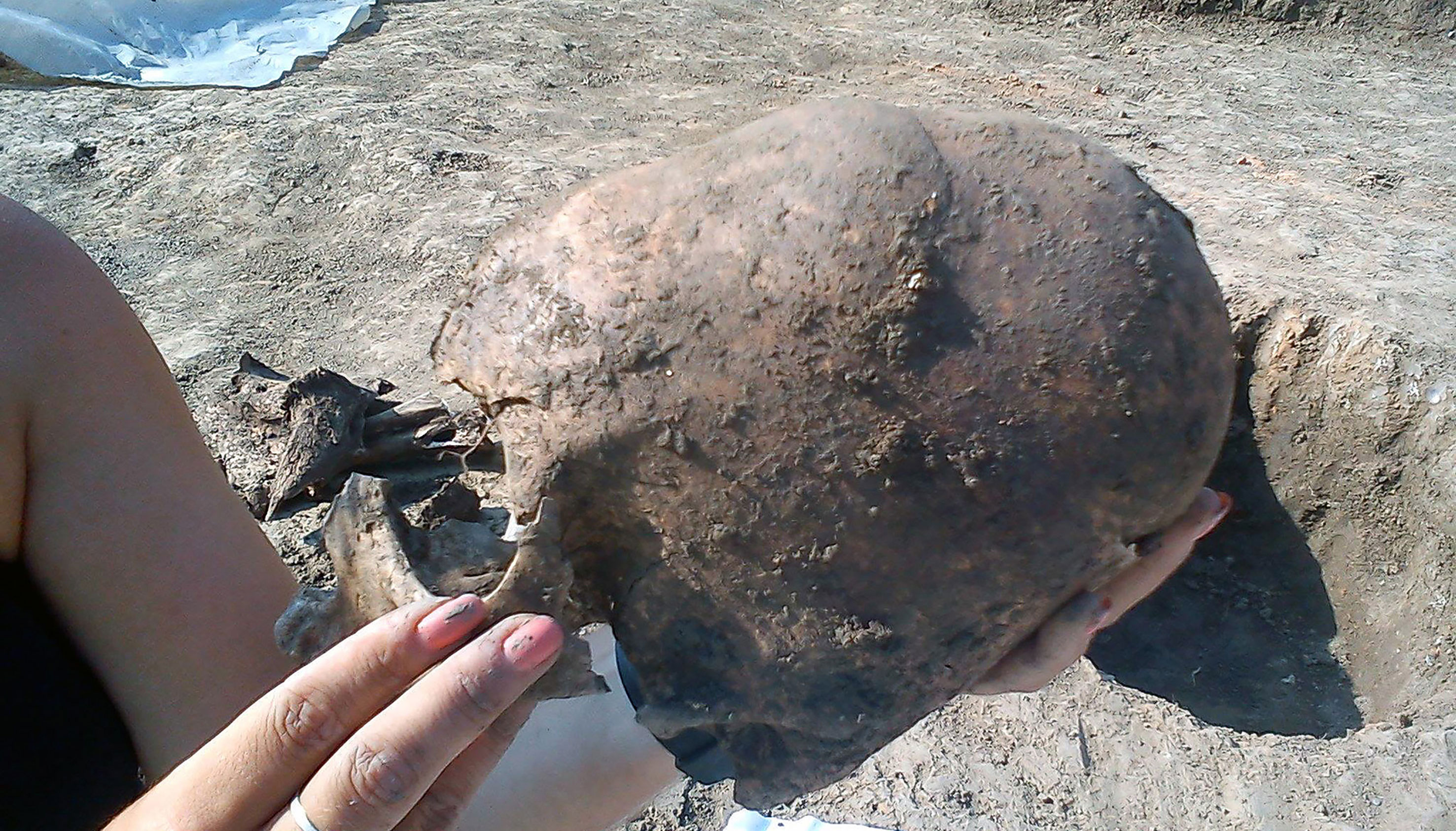 This is a widespread cultural phenomenon that has been recorded in various ancient populations around the globe and that is performed to denote group and/or individual identity, i.e. to distinguish particular people from others or to provide visible evidence of status, nobility or affiliation to a certain class or group.

“While all three were adolescent males with skeletal evidence of severe malnutrition and similar diets, the most striking observation is that they had major differences in their genetic ancestry,” says Mario Novak, one of two co-senior authors, a bioarchaeologist at the Institute for Anthropological Research in Zagreb.

Moreover, the individual with East Asian ancestry is the first individual from the Migration Period with a majority of his ancestry originating in East Asia to be found in Europe.

“Based on the presented results, we propose that the type of artificial cranial deformation may have been a visual indicator of membership in a specific cultural group, and that these groups were interacting closely on the Pannonian Plain during the Migration Period,” concludes Novak.